Where the pavement has ended for over 90 years

I've written before about the old highway between Charleston and Birds Point in Mississippi County. Although portions of the road were destroyed in the aftermath of the 2011 flood, some sections of vintage concrete pavement from 1921 are still intact.

More recently, I've discovered that the New Madrid Floodway is home to a pair of other historic concrete roads, and these landmarks have a peculiar feature: they are only nine feet wide. 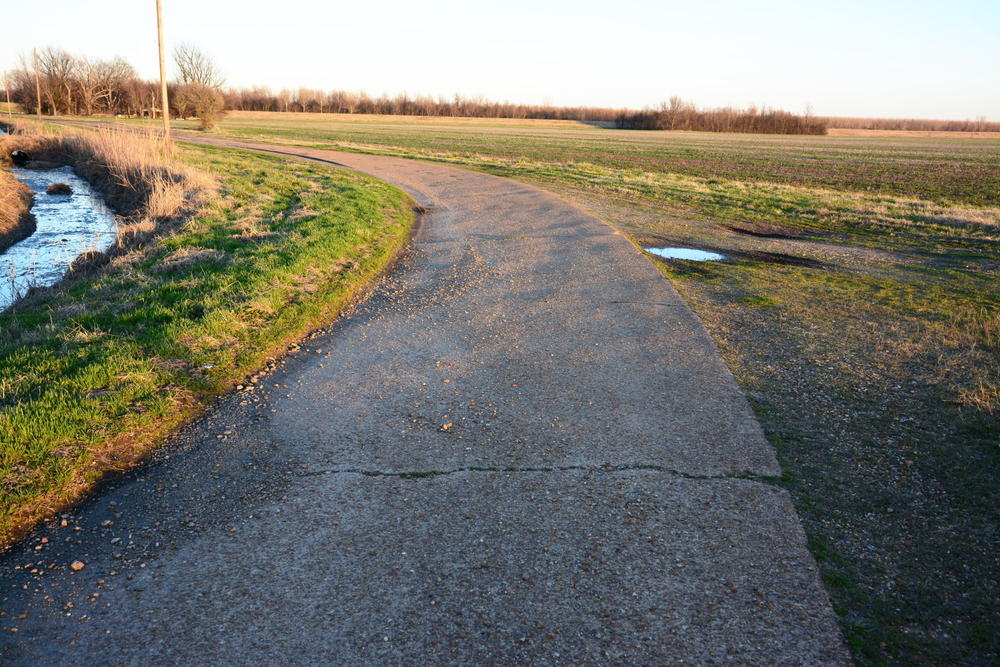 Since the pavement was only wide enough for one car, the shoulders were graded to allow passing. The narrowness of the pavement plus the sharpness of the curves meant these roads were not intended for high speed driving. But even with the primitive design, these roads would have been a godsend compared to the muddy quagmires of any other roads in the area. 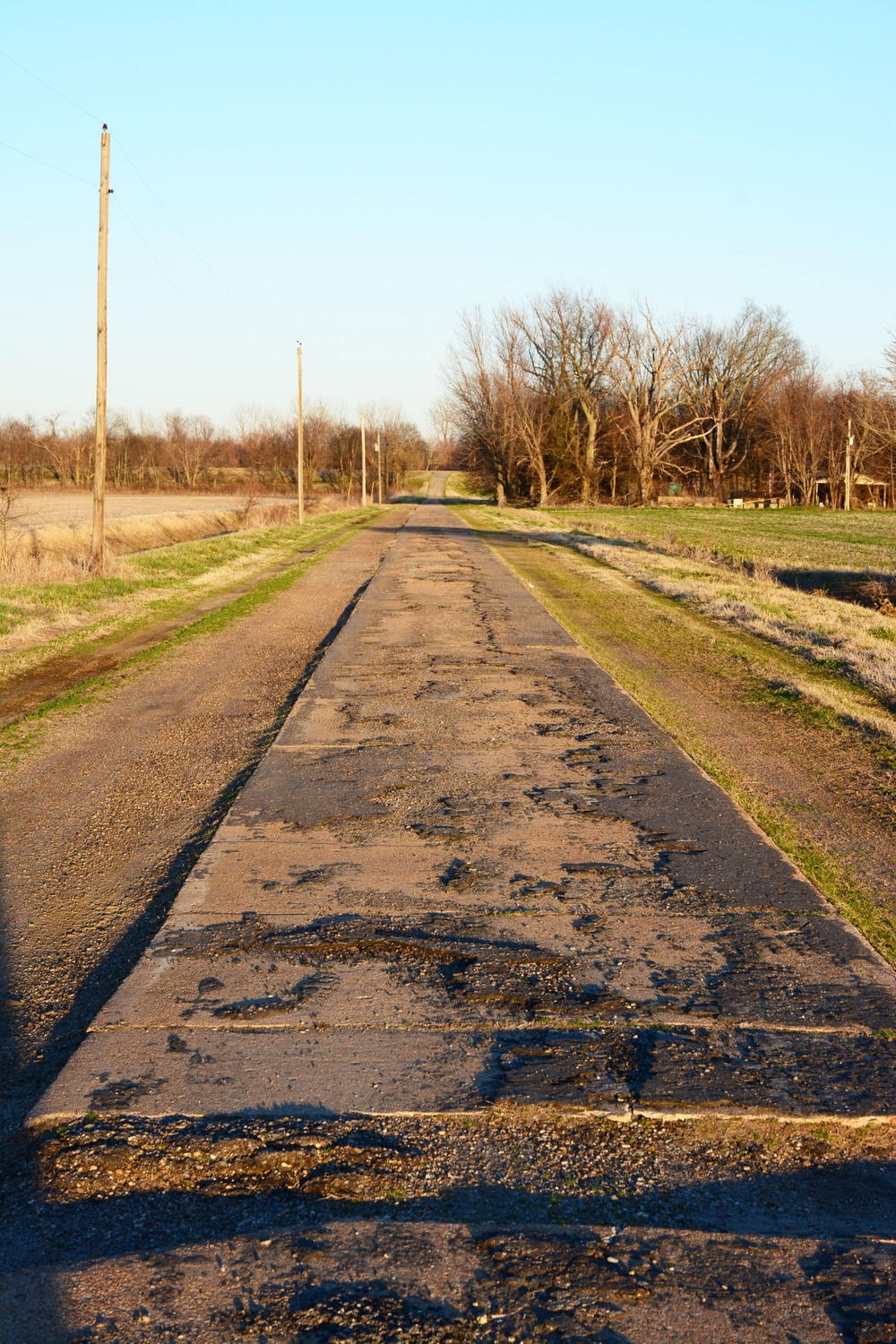 This particular road, originally designated as Highway 55, connected Charleston with the remote community of Wolf Island near the Mississippi River. Constructed in phases between 1924 and 1925, this road featured over 20 miles of pavement -- but only half the width of typical roads. Presumably this was done to save money, allowing for a longer road at a reduced cost.

The official state map from 1928 shows that Mississippi County had one of the most extensive networks of high-quality roads anywhere in the state -- far better than even Cape Girardeau County. Clearly, the Charleston area had some kind of political pull! 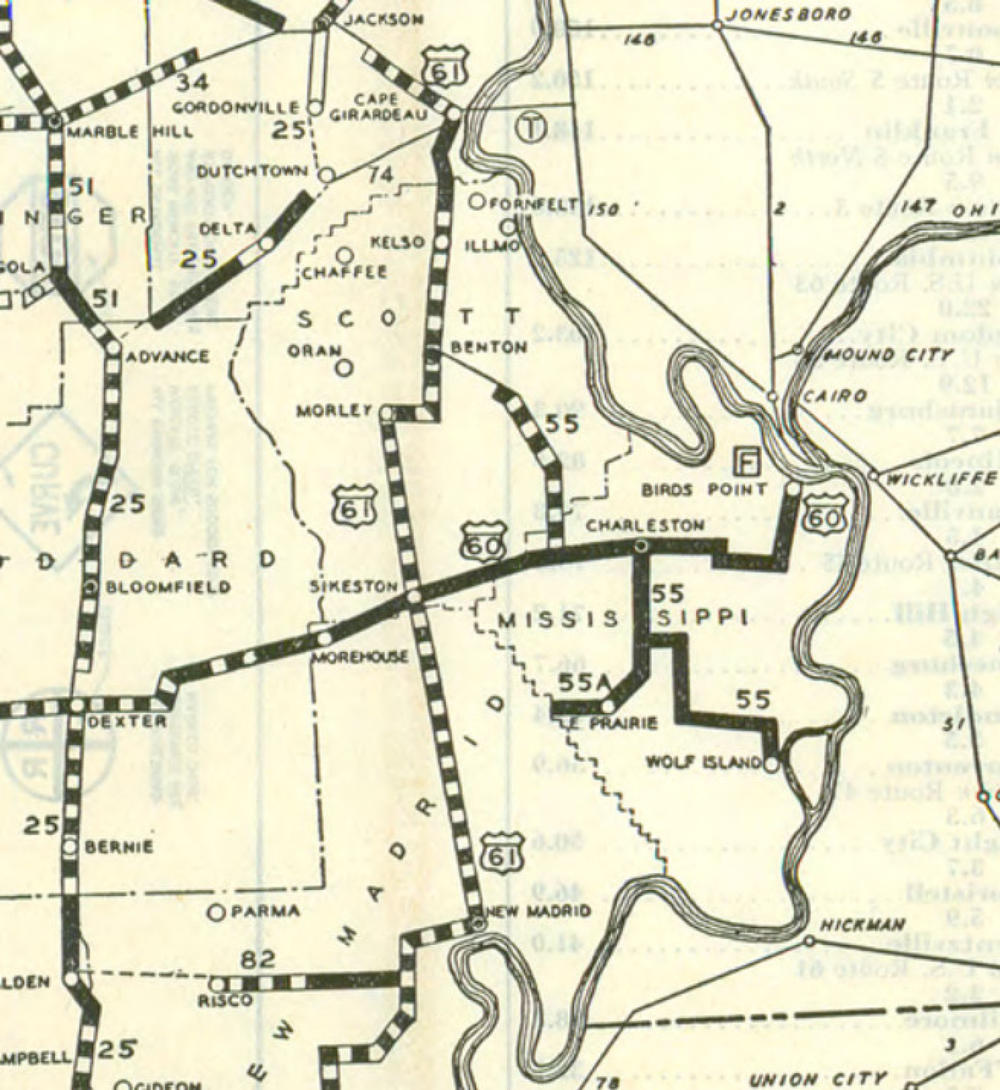 In later years, this road was widened with a second lane and an asphalt overlay. To avoid confusion when Interstate 55 was built, the old Highway 55 was renumbered. Today it carries traffic for portions of Highways 102, 75, 80, and 77.

The far eastern end, however, has remained intact. It's never been widened, and an attempt to resurface it has mostly eroded away. This has been the literal end of the pavement since 1925. 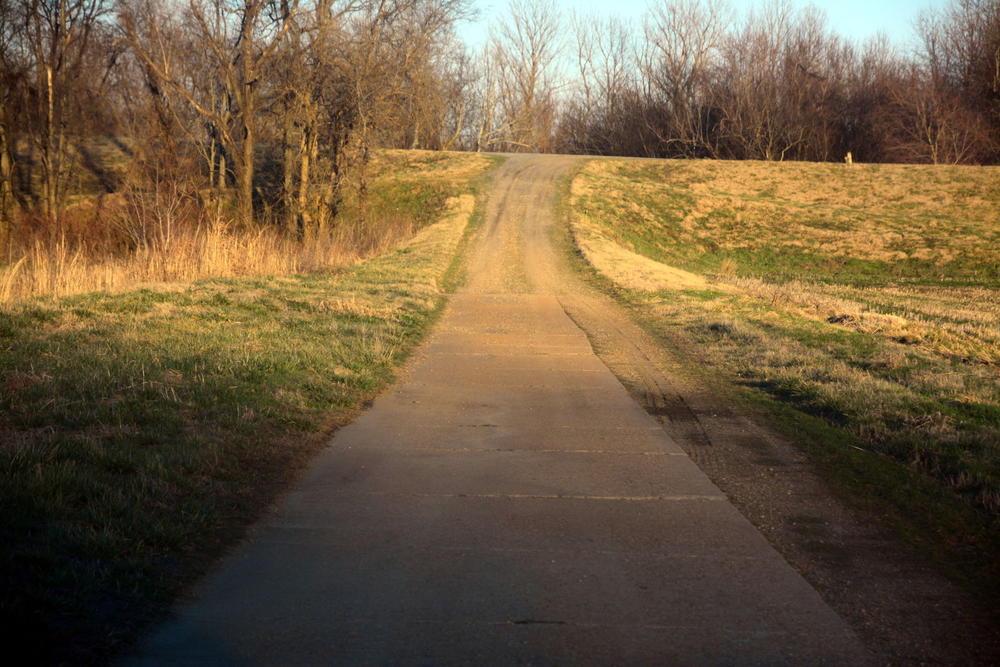 According to MoDOT's Project History Map for Mississippi County, this vestigial concrete road is 0.452 miles in length, running from Highway 77 on the west to the river levee on the east. Where it merges with Highway 77, the antique concrete is swallowed by a thick layer of modern asphalt. 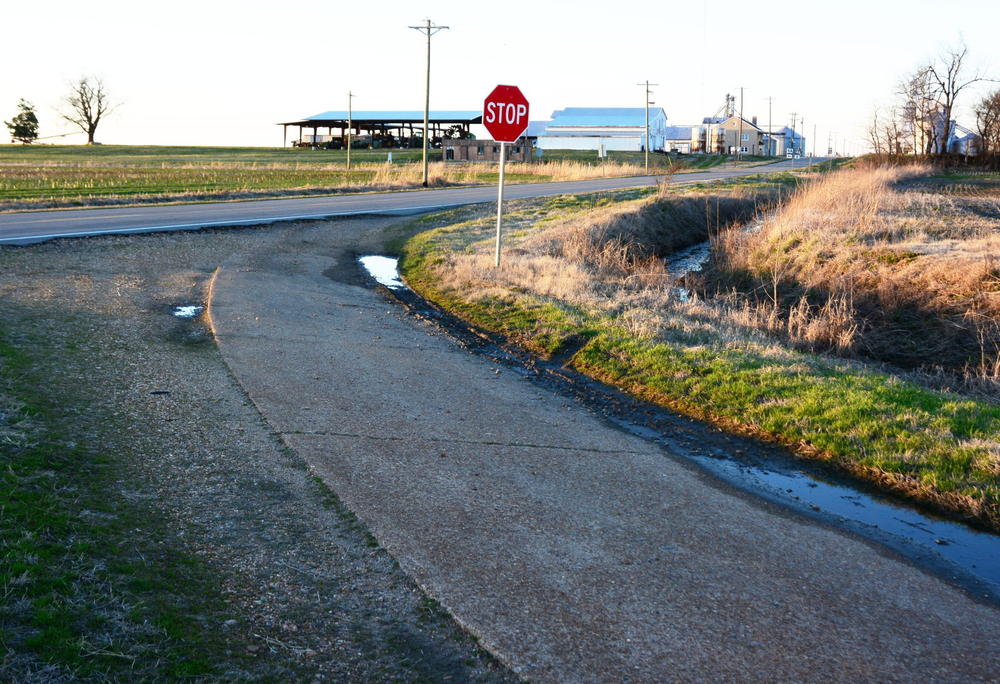 As far as I can tell, this obscure stretch of road is still part of the state highway system, designated (but not signed) as Spur Highway 77.

At least this road is well documented. Mississippi County is home to another narrow concrete road, and it's a total mystery. Now known as County Road 515, it stretches 2.5 miles from Highway 80 south to the Pinhook area.

This road has deteriorated, and most of the concrete is covered with gravel, or missing altogether. But the visible concrete appears to be quite old, probably from the 1920s. 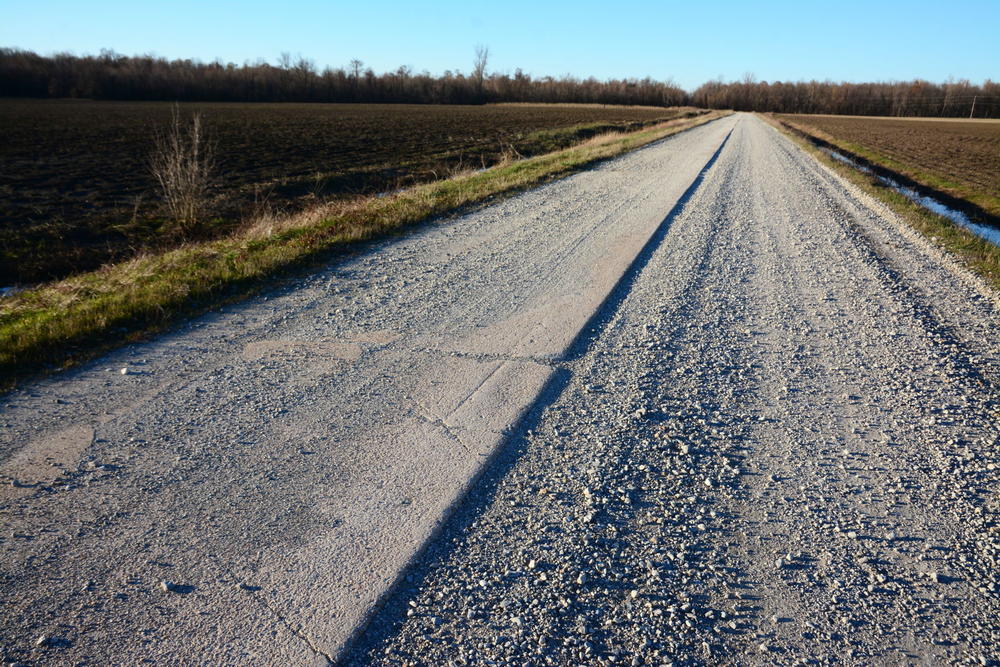 I've only been able to find this road on one historic map: the Bayouville topographic quadrangle from 1939, which shows the road ending at "Pinhook Store." State highway maps do not show this road, suggesting that it was built as a county or local project instead of a state road. But why here? And why a one-lane concrete highway?

Although not particularly common, one-lane concrete roads (9 or 10 feet wide) were built elsewhere in Missouri. They were also constructed in other states: Oklahoma, for instance, is home to a stretch of Route 66 nicknamed the "Sidewalk Highway" for its narrow appearance.

Overall, very few examples remain that are still driveable. They may not be much to look at, but these historic roads in Mississippi County provide a glimpse at what life was like for motorists in the 1920s.