Remember the day in 2004 when the old Cape Girardeau Traffic Bridge was demolished? The implosion didn't quite go as planned, sending three spans -- instead of one -- into the Mississippi River. 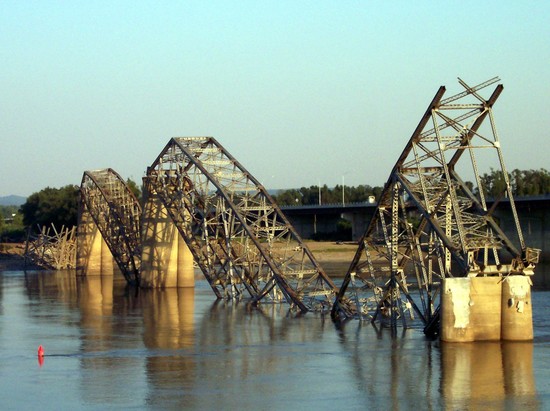 Western Kentucky is now home to a similar spectacle, except the loss of their bridge was completely unexpected. The Eggner's Ferry Bridge collapsed after it was struck by an errant cargo ship.

No, that's not right. The bridge didn't collapse. It was annihilated. 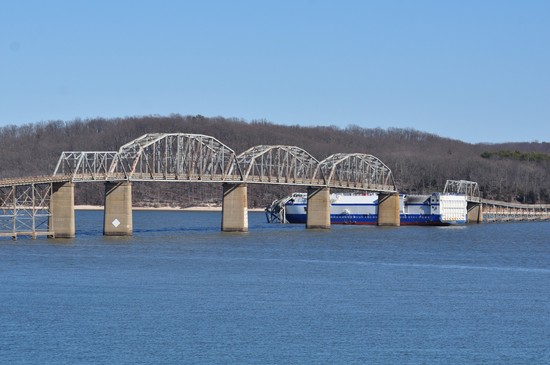 The MV Delta Mariner, a 312-ft long vessel carrying rocket parts, tried to pass under the wrong span of the bridge. This span was wide enough, but not tall enough, to accommodate the ocean-worthy ship. The result was like a knife through butter: the boat ripped the bridge trusses to shreds. 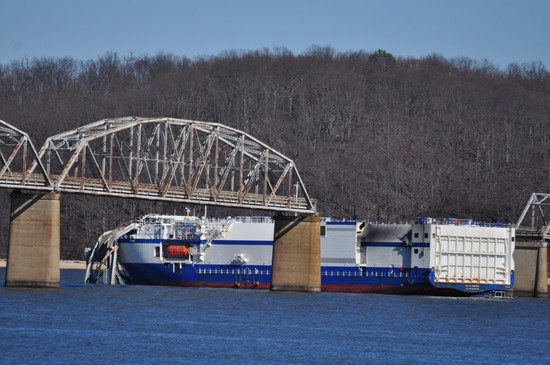 When the ship came to a halt, a mass of twisted wreckage was draped across the bow. 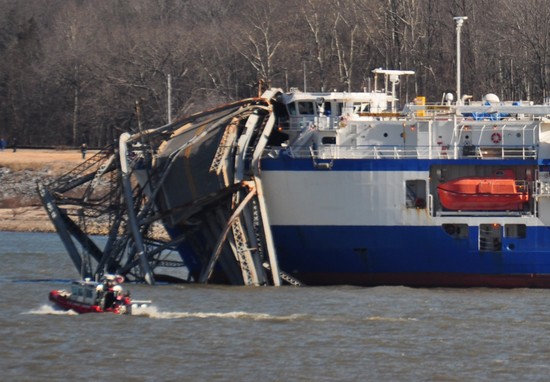 Bridge inspectors have tentatively declared that the western spans are stable, with commercial boat traffic allowed to resume passing under the main channel span. However, the eastern span (a smaller truss) has been labeled as "possibly unstable", with evidence suggesting that the pier has shifted -- or perhaps continues to shift. It also appears, at least through a telephoto lens, that cracks have formed in the concrete. 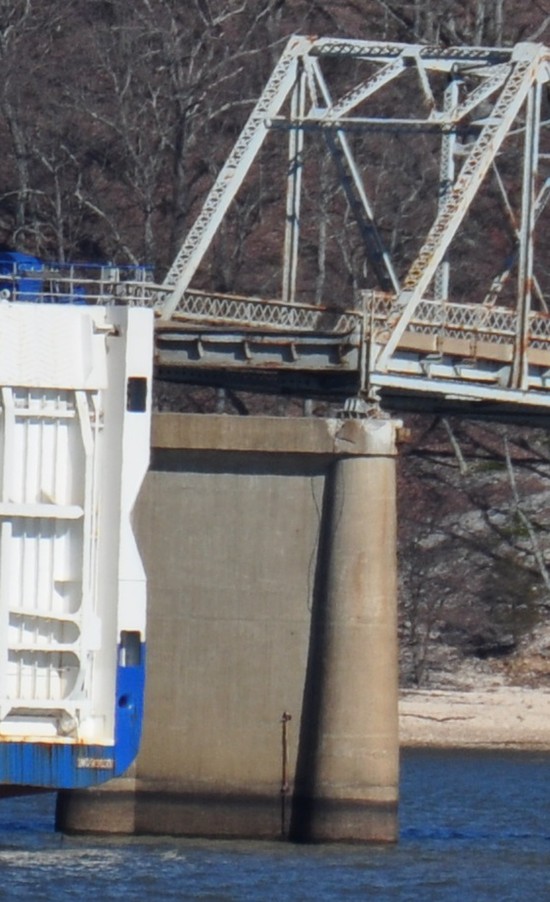 News coverage has been emphasizing that the bridge was old and narrow, and hinting at the possibility that it was unsafe. That's not true: the bridge was rated as not structurally deficient during its last routine inspection. A direct strike from an 8000-horsepower ship would be enough to wipe out even a brand new bridge. 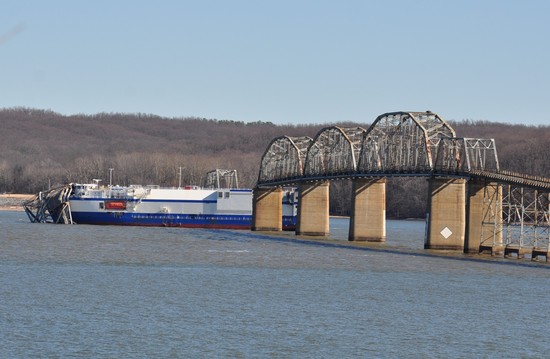 It's unclear if the Kentucky Transportation Cabinet will try to repair the bridge, start a ferry service, or simply wait until a replacement bridge can be built. Preliminary work had already started on a new four-lane bridge, featuring a peculiar "basket-handle arch" design, but construction was expected to take four or five years to finish. There's no doubt that this timeline will be accelerated, but that's small consolation to the Kentuckians who now face drastically longer commutes. 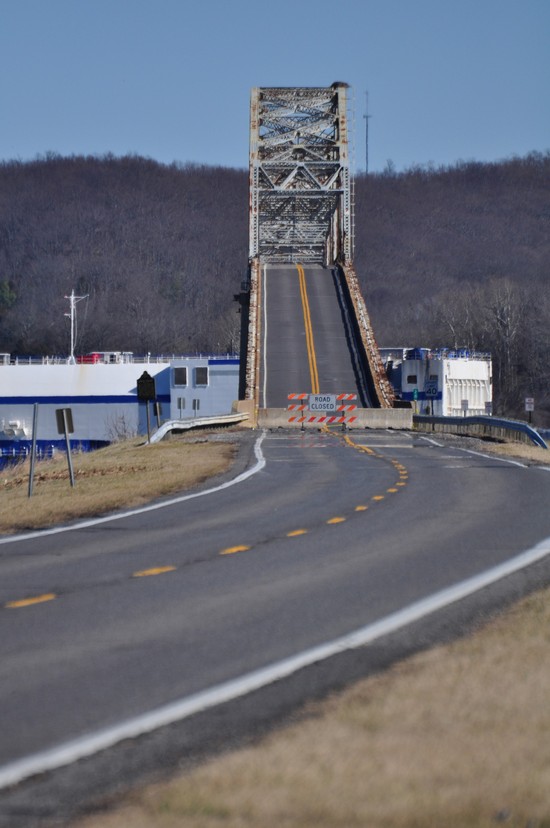 On the bright side, nobody was hurt. Compared to previous bridge disasters, that's a miraculous outcome. As such, we can enjoy this spectacle without feeling any guilt about injuries or loss of life.

If you want to visit

Eggner's Ferry Bridge sits next to Kenlake State Resort Park, which offers ample parking and plenty of overlooks to see the bridge's destruction. Police are warning visitors against trying to walk across the standing portions of the bridge, but the best views are from the shore anyway.

Driving directions: From Cape Girardeau, cross the Emerson Bridge and take Illinois Highway 3 south to US 51 at Cairo. Drive through Cairo and cross into Kentucky over the Ohio River. In Wickliffe, turn right at the T-junction and then turn left at the stoplight next to the courthouse. Continue straight on Highway 121 all the way to Mayfield. Keep going straight and follow the bypass until you reach Highway 58. Turn left here. Go east on Highway 58 and then veer right at a Y-intersection where the road becomes Highway 402. Continue on this road until it meets US 68 at Aurora. Bear right at this intersection to take US 68 south. At the intersection with Highway 80, you'll see "BRIDGE CLOSED" barricades on the left. Drive straight across the four-lane highway to enter the state park. The best view is from the shelter that is behind the large Tennis Center building on the left.