Last week, the national news carried a curious story out of California about a small town fighting a battle with the government to change the spelling of the name from Smartville to Smartsville.

The name Smartsville, according to the news stories, dates back to its founding in 1856 by James Smart. However, the Federal government (and the U.S. Post Office) changed the name to Smartville, citing a policy of not allowing possessives in placenames.

Southeast Missouri is no stranger to this kind of problem. Since 1890, the Federal government, under the direction of the U.S. Board on Geographic Names (BGN), has tried to standardize placenames. The goal is to simplify name usage for post office addresses, maps, and other government functions.

However, in some cases, the BGN decisions only made things more confusing. Just ask folks in Burfordville... or it Burfordsville? Officially, the 'S' was dropped from the name years ago, but it's not hard to find uses of Burfordsville, even in the newspaper.

Another example is Glenallen, which may or may not have a space in it, depending on who you ask. Originally, it was called Glen Allen after railroad tycoon Thomas Allen. But then the BGN decided in 1894 that spaces were bad and changed the name to Glenallen. Did that simplify things? Heck no! Soon the post office, municipal government, and railroad couldn't agree on the name. 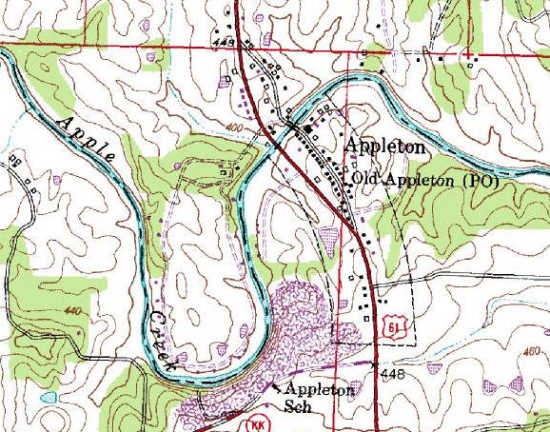 This topographic map shows both "Appleton" and "Old Appleton"

The Missouri Postal History Society has an excellent website that shows the dates and spellings for post offices throughout Missouri history. It's not unusual to see changes in names during the 1890s, probably thanks to our friends at the BGN.

But let's go back to Smart(s)ville. After reading about that story, I did some checking into the background of the Board on Geographic Names. They post the minutes of their monthly meetings online. The first thing I noticed was a discussion at the June 12, 2008, meeting about the names of Whitewater and Castor rivers in Southeast Missouri.

Fair enough, I guess, although I can't imagine anybody actually using "Upper" and "Lower" in everyday language. I just can't see people saying, "Hey, want to go camping at Twin Bridges on the Upper Castor River?"

But what really caught my eye is the stealth demotion of Whitewater from a river to a creek. Just because the Whitewater has been split into two sections doesn't make it any less of a river. History is on the side of calling it a river, with George Frederick Bollinger and the earliest American settlers of Cape Girardeau County picking the banks of the Whitewater for their new home. I doubt Bollinger would have told people, "I want to move out West so I can settle on a creek!" 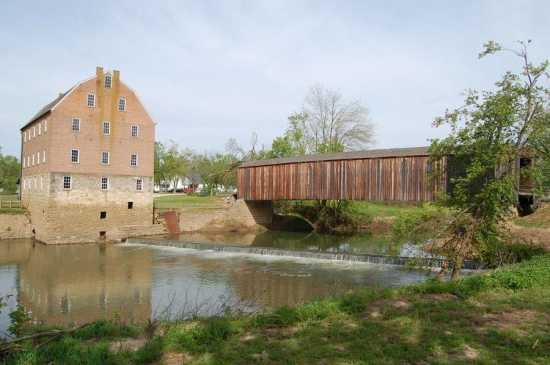 If anything, we have too many "creeks" and not enough "rivers" already. Apple Creek, Indian Creek, and Hubble Creek were all called "rivers" by early settlers, with old maps clearly labeling them as such.

Even though the BGN approved the changes at their October 2007 meeting, the issue remains unsettled. The meeting minutes from November 2007 and June 2008 show that the board continues to discuss the matter. They deferred making any more decisions until further research is done.