My family has deep ties to Scott County, Missouri, specifically to Commerce on Dad's side and New Hamburg and Oran on Mom's. So when the story below popped up as I was doing research, I took a special interest in it.

On June 5, 1971, the Southeast Missourian began publishing a weekly series of articles that featured area towns and villages. Stephen Robertson was responsible for both the photos and the stories.

His first feature was on "the farming town of Oran," Missouri. 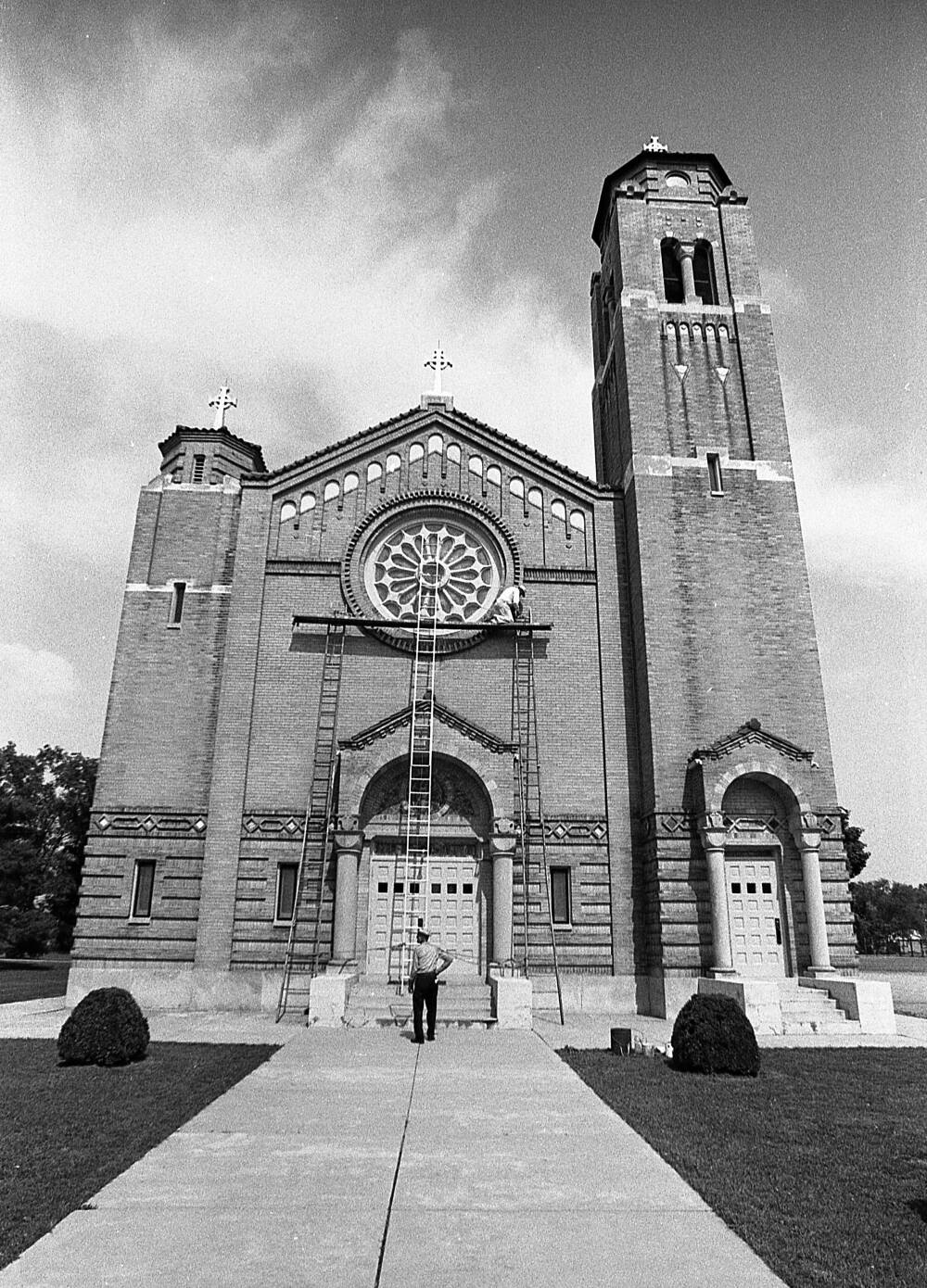 At Guardian Angel Catholic Church in Oran, Leon Urhahn stops his work for a moment to look on while Robert McCallister, on scaffold, paints. (Stephen Robertson ~ Southeast Missourian archive)

Photos and Story
By Stephen Robertson
(First in a series of area towns in words and pictures.)

Twenty miles southwest of Cape Girardeau lies the farming town of Oran, Missouri, population 1,226. It is a community of ample-size houses, excellent gardeners, young people and retirees. Oran, which celebrated its centennial in 1969, is a community of distinctive personality, having its own industry, commerce and religions.

Located here is the Guardian Angel Catholic Church -- once the most elaborate church between St. Louis and Memphis. The well-maintained structure is still a remarkable and inspiring place to visit. Oran supports three other churches -- Baptist (the oldest), Methodist and Pentecostal.

Employing 240 workers and turning out 800 dozen hats per day, the International Hat Co. is probably the backbone of Oran. Based in St. Louis, the company had its beginnings here in 1946 when it was the producer of straw hats. It is managed by Ray Stuckey who has seen its steady growth since 1949, when he became manager. International Hat Co. produces no brand-name hats, but will put a brand on its diversified line at the buyer's request. 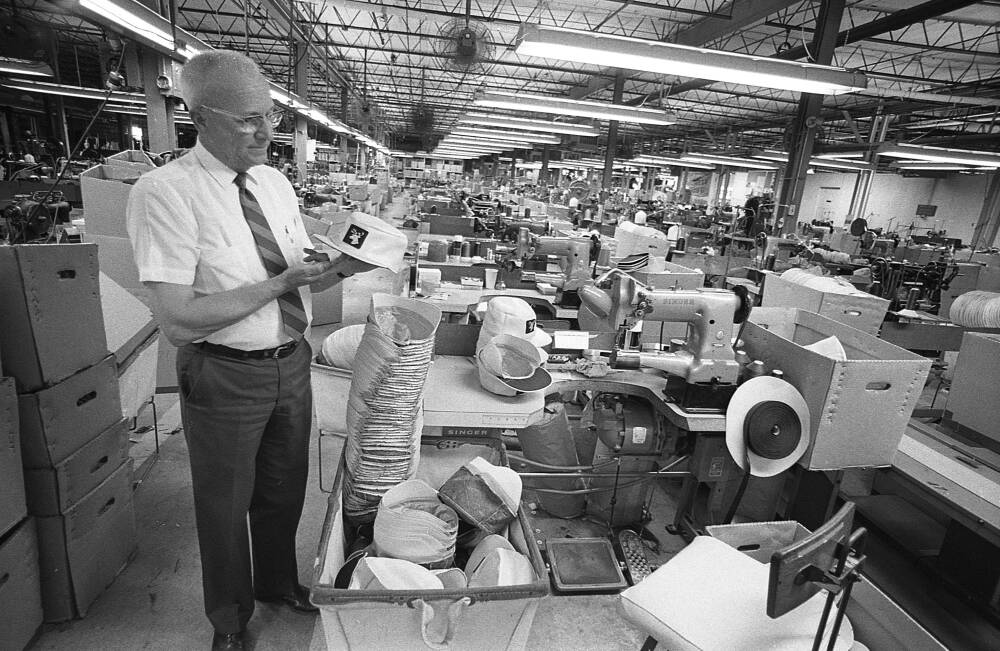 Ray Stuckey, manager of the International Hat Co. factory at Oran, makes a quality-check on a stack of hats nearing the end of the assembly line. (Stephen Robertson ~ Southeast Missourian archive)

The citizens of Oran are proud of their public library, and with good reason. Mrs. Cora Crader, librarian, makes the library's 4,000 volumes available to the public Tuesday and Friday afternoons and all day Saturday. All areas of literature are represented, including a special area for children's books. The library is housed in the same handsome building as the city offices in the downtown section. 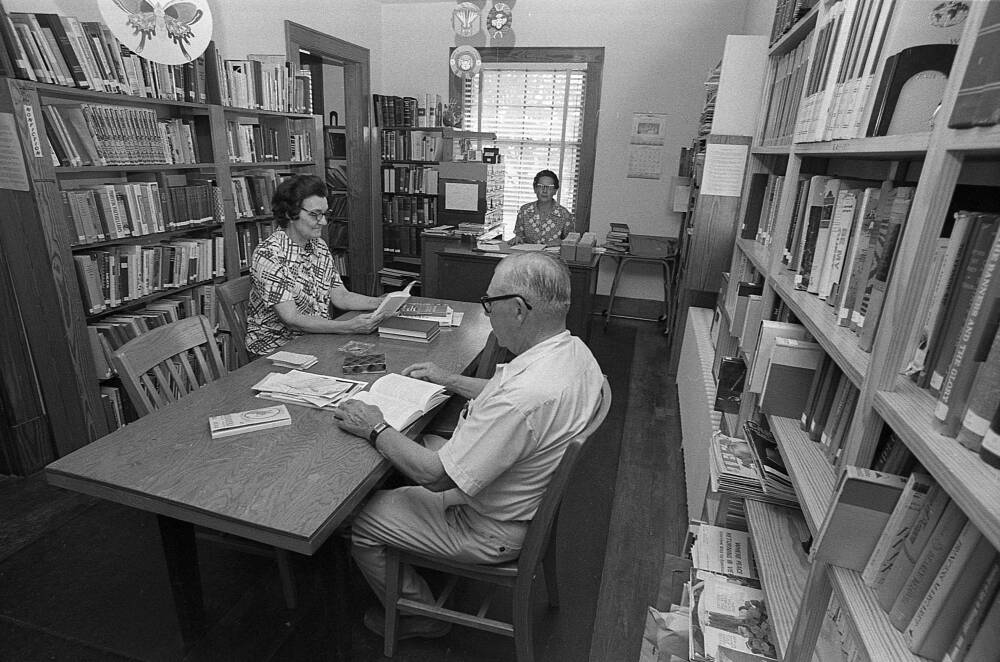 Active in community projects is the garden club which presently has 15 members. The club is responsible for the trash containers around town and the flower boxes at the post office and the police station.

A charter members since 1938, Mrs. Ezra Francis is a strong promoter and a fine example of an Oran citizen. "She's everybody's example of a lady," says Mrs. L.E. Griffin, principal of Oran's elementary school where Mrs. Francis taught for nearly 40 years. Mrs. Francis' garden is representative of the many excellent plots located in almost every yard. Her lovely shaded home is one of the oldest in town and is adorned with many fine antique pieces. 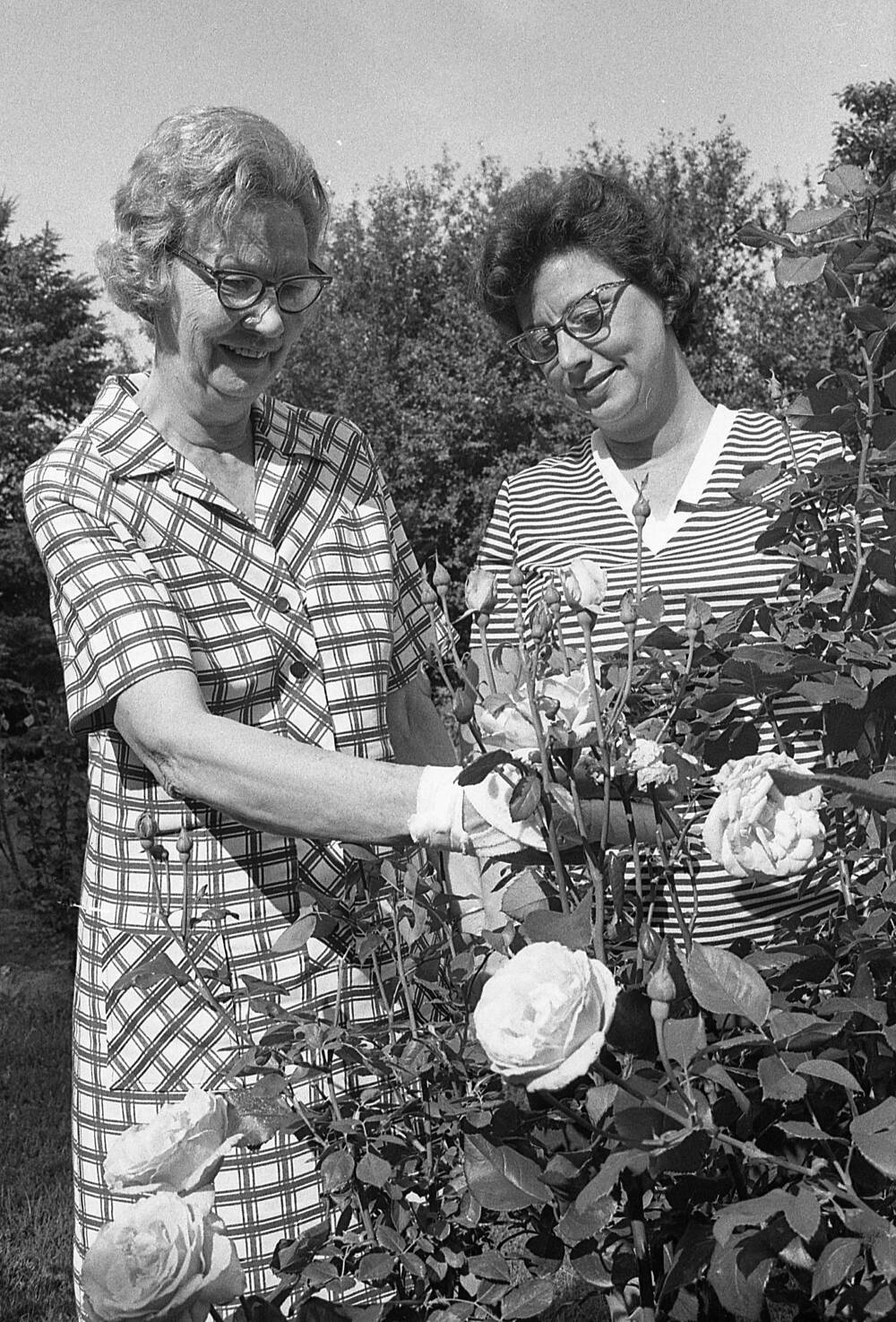 A recent development is Oran's City Park, dedicated in 1965, and located on the southwest edge of town. Shade trees have been planted in the spacious area set aside for recreation, and the community has looked into the possibility of a swimming pool.