Since 1976, the University of Missouri Extension Council has recognized farms that have remained in the same family for at least 100 years. A list of the farms honored as Century Farms is available on the Extension website. It contains numerous familiar names from Southeast Missouri. 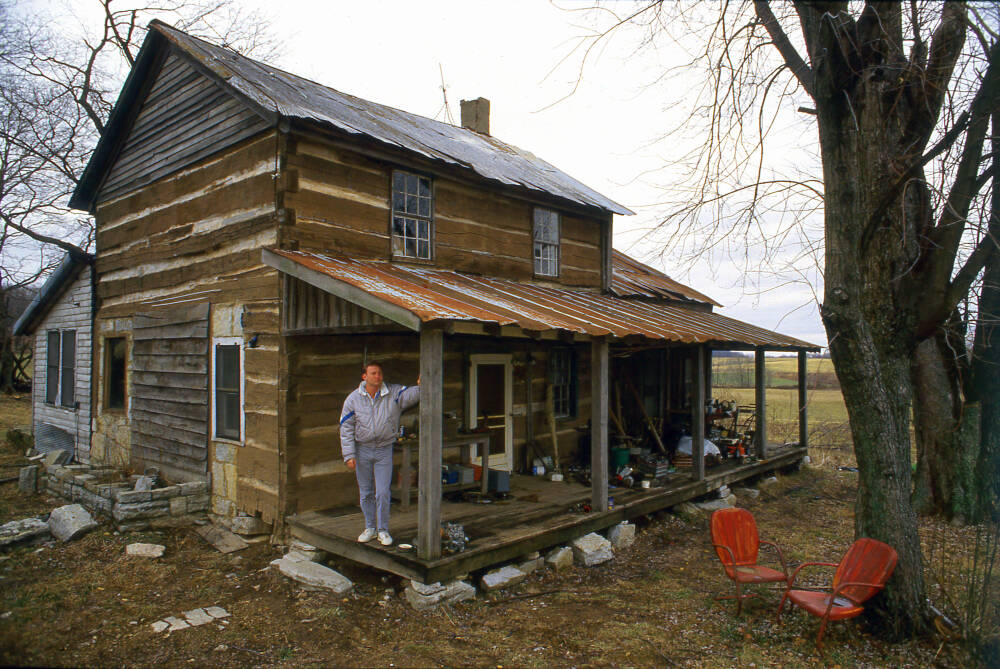 Kenneth Brown stands on the porch of his family's 1856 log home and looks out over tghe family farm, one of he oldest in Cape Girardeau County. Brown's great-great-grandfather, John Long, bought the property in 1847; the family has farmed it since. The Brown Farm was the oldest of 10 Cape Girardeau farms which were selected for listing on he Missouri Century Farm Program, which was initiated in 1976. Owners of the farms slected were honored this week by the University of Missouri Extension Council. (Southeast Missourian archive)

JACKSON -- When John Long came to Cape Girardeau County, he purchased an 80-acre farm on what is now known as the Star Route, west of Fruitland.

The John Long Farm is now the Kenneth R. Brown Farm and is half the size of the original 80-acre purchase,made from Dr. David H. Davis.

"This farm has been in the family for almost 150 years," said Brown, who was one of the 10 Cape County farm owners to be recognized this week in the Missouri Century Farm Program.

"And, with three sons -- Kenneth Brown, James Brown and Kevin Brown -- we hope to see the farm passed on down to remain in the family."

The Brown Farm was the oldest of 10 Cape County farms selected for listing on the Missouri Century Farm Program, which was initiated in 1976.

Owners of the farms selected were honored this week at the University of Missouri Extension Council Office here.

Farms selected in Cape County this year ranged from the Brown Farm, which dates back to 1847, to the Earl and Marion Aufdenberg Farm which dates to 1887.

Those selected this year, and dates that the farms were organized, were: 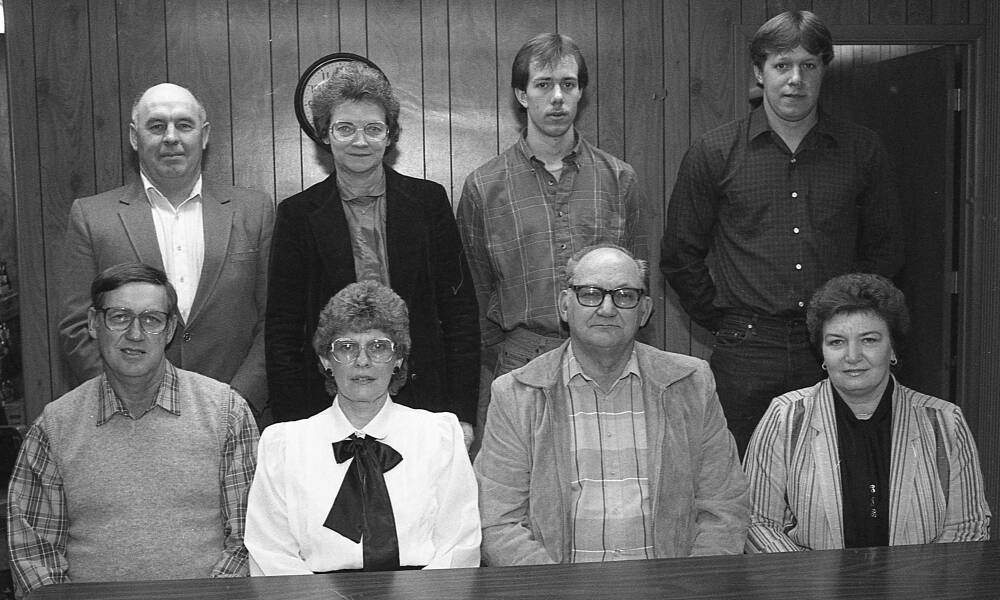 Several farm owners have been recognized for having farms which have been in the family at least 100 years. "Century Farm" owner shown here include, seated from left, Jerry and Patsy Voshage and Kenneth R. and Peggy Brown, and standing, from left, Earl and Marion Aufdenberg and Earl and Kevin Kester. (Southeast Missourian archive)

About 180 farms were approved for inclusion on the statewide list in 1987, including 10 here. The year before, in 1986, 1,007 Missouri farms were recognized as Century Farms. That included six in Cape County.

* The farm had to be owned by the same family for 100 years or more.

* The family had to consist of direct descendants only -- son or daughter, grandson or granddaughter.

* The farm had to be at least 40 acres in size, and still make a financial contribution to an overall farm income.

The purpose of the Century Farm Program in 1986 was to upgrade the "Centennial Farm" program, initiated during the American Revolution Bicentennial Year of 1976, when 2,850 Missouri farm owners were recognized as owning a "Centennial Farm."

Since that date, however, several other eligible farm owners indicated their desires to enroll their farms in the Century Club Program, and the date was extended through July 4, 1987.

Tentative plans are to resume the program at 10-year intervals.

Applicants certified as owners of 1987 Century Farms were recognized in September at the Agri-Missouri program, held at the UM-Columbia campus.

"That was a nice event," said Brown. "We visited the UM campus, and attended a UM football game."

Two log structures dating back more than a century, still remain on the Brown farm.

"When our great-grandfather purchased the farm, it contained a log cabin structure, but it was destroyed by fire," said Brown. "In 1856, a new log home was constructed just west of the old house site. A few years later, just before the Civil War, a log barn was constructed.

Both buildings are still being utilized.

"My brother lives in the log house," said Brown, who constructed a new home about 20 years ago on the property. "And the barn is still in use."

Brown, who is a federal meat inspector, raises hay and cattle on he farm now.

At the outbreak of the Civil War, the Longs had nine children, two sons and seven daughters.

"The two brothers went to war," said Brown. "With Missouri kind of in the middle between North and South, Columbus, who was 19, joined the Confederate Army and Andrew, 17, served in the State Militia, which was part of the Union Army."

Many items from the Long Farm are still in the possession of Long's descendants.

"We still have his (Long) old muzzle-loading rifle," said Brown. "It's been kept in good condition."

Another prized possession is the family Bible, which has a "scratched-out" entry on an erroneous report of the death of a son, Columbus Long.

"That was some story," said Brown.

Columbus had joined the Confederate Army and served in Arkansas and Texas.

"He wound up in a Texas hospital, and a fellow Missourian who had been in the same hospital returned home to say he (Columbus) was dead," said Brown.

"Our great-grandfather recorded the death in the family Bible," added Brown. "This was in 1863. A few months later, Columbus showed up at the country home here, and the death entry was scratched out in the Bible."

Nancy Long, Brown's grandmother, said that Indians used to pass through the area on their travels.

"She said that her father (Long) used to go up in the woods, and sit around the Indian campfires and talk with them," said Brown.