As a kid, I attended St. Mary's Grade School, now St. Mary Cathedral School. And for all eight years, you could depend on two things: Daily Mass and Monsignor Joseph Huels.

"Papa Joe," as some of us still refer to him, was a fixture at St. .Mary's, beginning in 1967, when he was named pastor, to his death on April 19, 1993, when he was still serving the parish as senior priest in residence. He assumed that role in 1988, when he retired. That event prompted the publication of this article on Jan. 3, 1988. 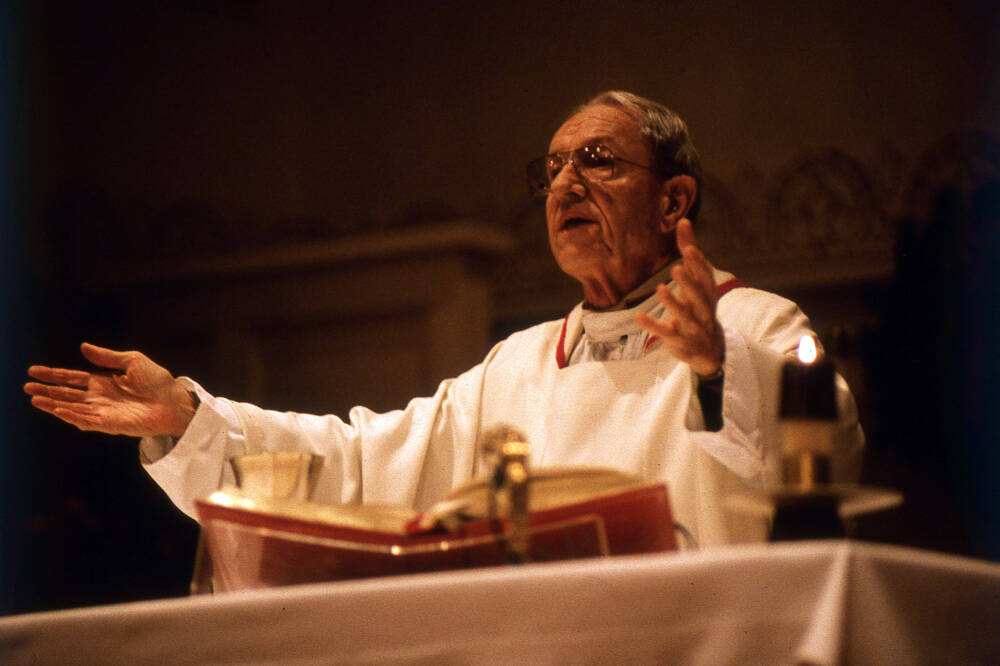 Monsignor Joseph Huels has been saying Mass at St. Mary's in Cape Girardeau for the past 20 years. Here, Huels offers the Eucharistic prayer during an early morning Mass. (Mark Sterkel ~ Southeast Missourian archive)

AFTER 53 YEARS OF SERVICE, MONSIGNOR HUELS STILL HAS

In over a half century, Monsignor Joseph Huels has seen a lot of changes in the Catholic Church, and that suits the veteran priest just fine.

Huels says working for change, especially in the Catholic worship service, has been a part of his career in the priesthood.

After 53 years as a priest, the past 20 of which has been at St. Mary's Cathedral in Cape Girardeau, Huels is retiring. He will become senior priest in residency, which means he will still live here and will help out where he can.

"Primarily I'll be ministering to the elderly in the congregation," he says. He will visit elderly shut-in parishioners and parishioners in hospitals.

Except for the cathedral's first pastor, the Rev. Eberhardt Pruente,(Actually, he was the ninth. - Sharon), who served 51 years in Cape Girardeau, Huels has been here the longest. He was pastor of the church for 10 years beginning in 1967. Then, after a heart attack, Huels became associate pastor, a position he has contiued until his retirement.

"I do take a Sunday Mass and a weekday Mass," he says. "I act as moderator for the church's Vincent de Paul committee and the Cursillo Ultrea."

Huels says he is very pleased with the direction the church has taken over the years, changes in Catholicism which stemmed primarily from the Second Vatican Council in 1962.

"I was here through the changes. The changes didn't bother me. I had been working almost all my life for those changes," he says.

Specifically, Huels is an advocate of the English Mass rather than a Latin Mass, and increased participation by parishioners in the worship service.

Quite a few changes have occurred in the Mass, Huels explained. For instance, communion service now includes bread and wine. And the baptism service is much more elaborate.

"We used to have much more silent congregations. People would go to Mass or attend Mass. Now people participate in Mass. That's definitely a vast improvement," Huels says. "It's the realization of a dream." 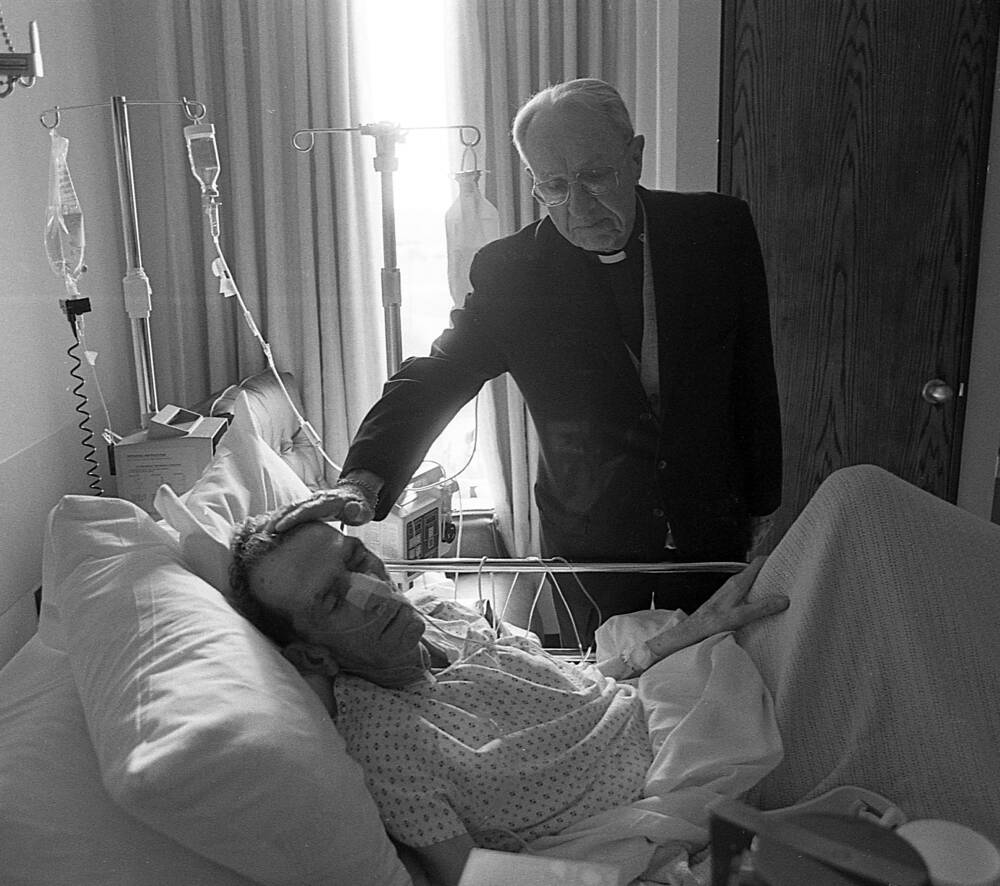 Through the years, Huels was busy at a variety of different assignments.

In Huels' early days as a priest, he worked as an associate pastor in St. Louis.

"During the Depression, we took care of the poor," he recalled. "We would feed 300 people a day and give abut 50 people a night shelter."

Huels worked with the Catholic Worker until the beginning of World War II, when the shelter shut down.

"All the work was done by volunteers," he said. "All the food was donated. There was no special source for the shelter, just a group of people who cared."

Huels explained that as a young priest who advocated changes in the world's largest Christian organization, he was somewhat of a "firebrand.'

"Back in those days they called us a 'new breed' of priests. We were those young people starting new things. They called us that because we were in favor of the English Mass, and we were feeding the poor," he says.

"I've got to remind myself of that today when I wonder about some of the new things young priests suggest."

In addition to his work with the poor, Huels served three years as a Navy chaplain. After returning from World War II, he earned a degree in education at Notre Dame University.

He served as director of a Catholic high school in St. Louis for two years.

"But I didn't want to stay in education. I wanted to be a parish priest," he said.

Since Huels was 10 years old, he has known he wanted to be a parish priest.

"I was in the fifth grade and became a Mass server. That's when I decided I wanted to be a priest," he recalled. "I really never changed my mind. That's what I wanted to be -- a parish priest."

Huels left his work in Catholic education for pastoral work. He served as pastor in Elsberry, Caruthersville and Poplar Bluff.

During this time, Huels was instrumental in setting up a plan to place new priests into rural churches through an internship program he developed.

"I had charge of seven churches," he explained. "I spread them (newly ordained priests) around so they could learn ministry."

Huels administered the plan for about 15 years. During that time he "broke in about 44 young priests."

"I read about something similar happening in Buffalo, New York," he said. "I convinced the bishop; actually he fell in with the plan very easily."

As a result of his work with the young priests, Huels was honored with the title monsignor.

Huels then became pastor at St. Mary's Cathedral, where he has remained and plans to stay.

This man, with a quick sense of humor and a gentle smile, has seen a generation of young people grow up at St. Mary's. He's seen growth and change in the local parish as well as in the Catholic Church as a whole. He found his home in the church, where he always knew it would be.

Mark Sterkel took a number of photographs of Monsignor Huels in preparation for this blog. I've collected some of them into a gallery here.