From the archive: Discipline leads to Central band's success

Cape Girardeau has always taken a great deal of pride in its bands, from the American Legion's Golden Troopers and Cape Girardeau Municipal Band to the Golden Eagles Marching Band at Southeast Missouri State University and the Central High Marching Band.

Here's a story, published Nov. 13, 1994, in the Southeast Missourian, about the success this last group was having at high school competitions: 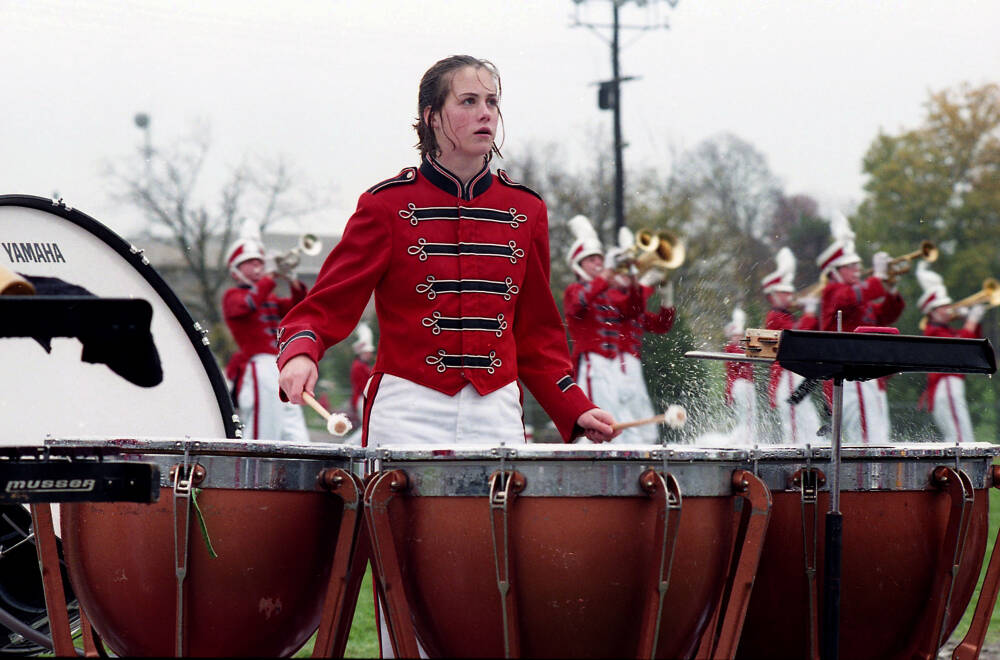 The Cape Central Tigers Marching Band had a roaring season in 1994.

In his 16th year as the band director, Ron Nall said this year has been one of the more successful for the Central Marching Band.

"One thing we've worked hard on this year is discipline," he said. "Discipline on and off the field has been important for us."

"Everywhere we went," Nall said, "we've placed. We have developed a lot of pride here."

At their first outing, the Cape Central received a first-place award at the Washington High School Competition held Oct. 1 in Washington, Missouri.

Four of the band's six competitions took place in October.

The band also competed at Francis-Howell High School in St. Charles County. Members carried a third-place award with them when they returned Oct. 8 from that competition.

Cape Central also competed for the first time at the Champion of Champions Marching Band Festival held Oct. 15 on Faurot Field at University of Missouri-Columbia.

"It was quite an experience for everyone," Nall said. "You walk out onto the field and see the seats rise up. It's dramatic." 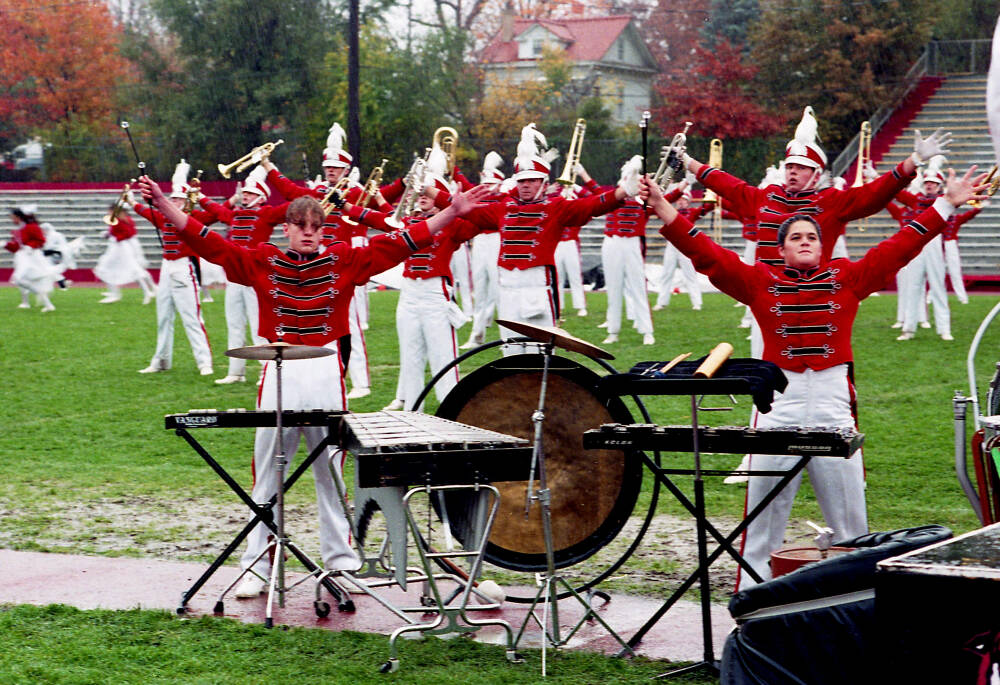 Cape Central Marching Band members raise their hands to the rain after a song during the Nov. 5 competition. Thirty bands marched on CMSU's field during the rain causing about $20,000 in damage. (Lou Peukert ~ Southeast Missourian archive)

Faurot field might have been dramatic, but it wasn't too intimidating for the band. They marched their way to a first-place finish. Cape Central competed against 11 schools in their division and 20 schools total. The marching band also received the Chancellor's Trophy for "best band" at the competition.

Busch Stadium saw some action Oct. 22, but it wasn't baseball. The Cape Central Tigers Marching Band took the field along with 48 other bands for the only competitive event to take place at Busch.

The Tigers received a third-place trophy and were back on the bus for the return trip to Cape Girardeau.

The band (and the band boosters) received a weekend off, but traveled 400 miles to Kansas City and CMSU at Warrensburg for an exhibition and competition the weekend of Nov. 4.

The next day, Nov. 5, the band marched in two competitions on CMSU football field in Warrensburg.

During the preliminary round of the Missouri Band Bowl, Cape Central received a first-place award.

That night, the band competed again and tied with two other schools for second place.

"It rained the entire time we were on the field," Nall said. "I talked to the band director up there and he said the field had $20,000 worth of damages. They had to fix it because there was still another home football game."

Nall said 30 bands marched on CMSU's football field that day. He said many of Cape Central's band members lost their shoes in the mud.

"There wasn't one student moving around on the bus on the way home," he said. "We were all exhausted."

Nall said the band's return trip from Warrensburg was pleasant because the band had chartered a private coach for the trip. He said the charter was made possible because of the band boosters.

"They've been really helpful this year," he said. "We call them 'band boosters,' but there are no dues. Most of them are parents of band kids."

Nall is assisted by two other band instructors at Cape Central, Neil Casey and Mark Ellison.

"We all work as a team," Nall said. "Our season is over for marching band, now we'll concentrate on concerts." 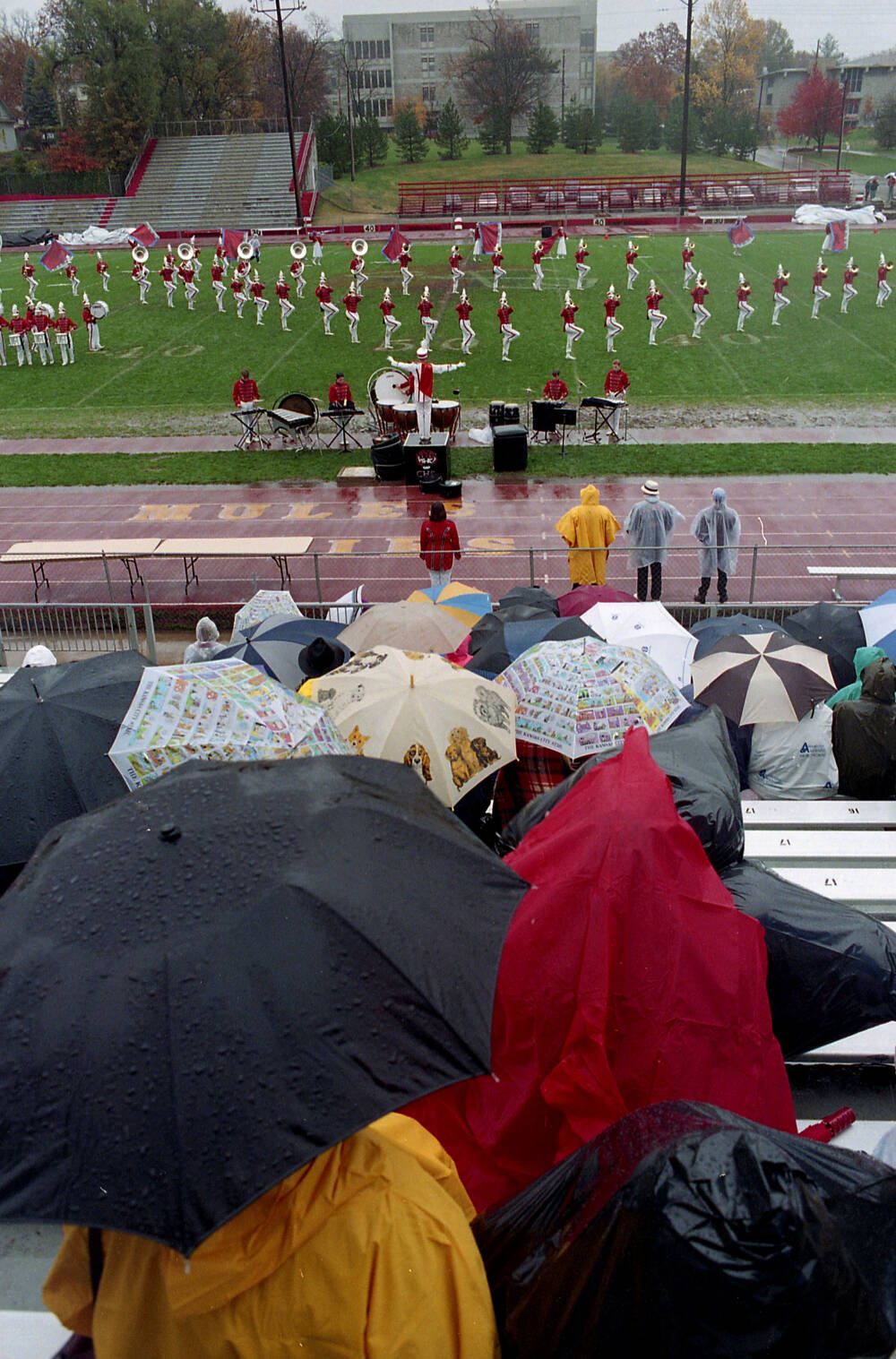