From the archive: The economics of goose hunting

My dad hunted geese as a y0ung man, but I don't recall him ever hunting in Illinois. Family owned property on Big Island near Commerce, Missouri, and that's where he would get his birds.

In this article business editor B. Ray Owen examined the economics of goose hunting in Alexander, Union, Jackson and Williamson counties in Southern Illinois following the Great Flood of '93. 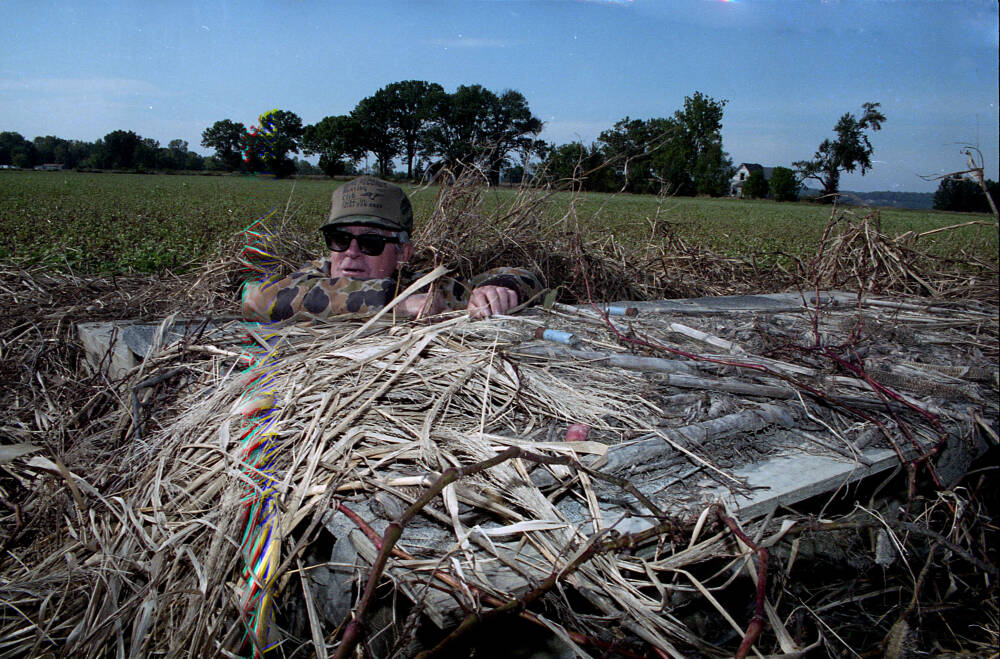 WHAT'S A GOOSE WORTH?

OLIVE BRANCH, Ill. -- When the fall air becomes crisp and the foliage is tinged with flaming orange, outdoors men can look to the north and listen.

A familiar sound can barely be heard at first, but gradually increases in volume until a long wave of Canada geese, streaming southward in their familiar "V" formation, become visible and their slightly off-key honking chorus reaches a crescendo.

The wild ones are back in Southern Illinois.

"The geese started arriving here in mid-to-late September," said Gene Pecord, who keeps track of the 12- to 14-pound birds. "We probably have more geese here now than at the same time a year ago."

Pecord, who operates one of several goose-hunting clubs throughout Southern Illinois, is anxiously awaiting another waterfowl season. "We still have a lot of work to do before the season opens next month," said Pecord. "We have 11 goose pits, and following the flood here, we've had to bail water out of every one of them."

Pecord, like many residents in the Alexander County area, lost his crops to the flood.

"This is a concern of many hunting clubs in Alexander County," said Dennis Thornburg, waterfowl biologist with the Illinois Department of Conservation. "Many farmers lost all of their grain crops, which provide valuable feed for the geese who winter in extreme Southern Illinois."

"We feel, however, that with all the backwater, seep water and new sandbars, that the Alexander County and Horseshoe Lake area will be attractive to the geese," said Thornburg. "It makes good roosting habitat. If they can find food anywhere nearby, they'll stay in the area."

If food is not available, Thornburg believes the birds will redistribute themselves to areas in the Jackson and Williamson county (Crab Orchard) areas and to the Ballard County Wildlife Refuge area in Western Kentucky.

"I don't think they will venture further south," said Thornburg. "There will be plenty of food available in other Southern Illinois counties, including Union County."

To these four downstate counties, the big honkers are worth their weight in gold, at least figuratively.

Every goose you see flying in the quota zone is worth $10 to the economy," said Larry Bowman, director of the Williamson County Tourism Bureau.

A large fall flight and a later start in the quota zone for 1993 could result in even better economics for the area this year. The season will start Nov. 27, two weeks later than its usual start in mid-November. The season will run through Jan. 16, or until a quota of 30,600 geese is harvested.

Shooting is allowed from one-half hour before sunrise until 3 p.m. daily, with a limit of two Canada geese per day.

Hunters had 84 days of hunting in Southern Illinois last season -- the longest goose-hunting season in the modern era. A year ago, the season started Nov. 14 and ran through Jan. 31. The quota of 39,500 was not reached, due to extreme warm weather conditions during the first month of the season.

Many clubs did not open the first two weeks of the 1992 season.

The economics of goose hunting are not taken lightly. Bowman conducted a goose-hunting survey two years ago.

"The survey shows that goose hunters bring more money into an area than any other type of hunter," said Bowman. "We worked on a 'hunter-day' system. During the year the survey was conducted, more than 80,800 hunters sought out the Canada geese, giving us 80,800 hunter days."

He added that 75 percent of the hunters are "visitor" hunters. According to the survey, each of the visitor hunters spent $115.16 per hunter day.

"This tallies out to $9.4 million," said Bowman. "Add in the expenses of the 25 percent of local hunters, and you have better than a $10-million-a-year industry in the four counties."

More than a million geese are usually in the four-county area at its peak.

"The official high count may be around the 800,000 to 900,000 figure," he said. "But the official count doesn't include all the geese that crowd into farm ponds and other small water impoundments. That could shove the count up to the million mark, which we used to come up with $10-per-goose economic average."

Another survey, conducted in the mid-1980s, revealed that hunters averaged just over $350 per goose harvested in the quota zone. Using that 26,000 harvest figure, this tallies up to almost $10 million for the local economy of the four-county area. 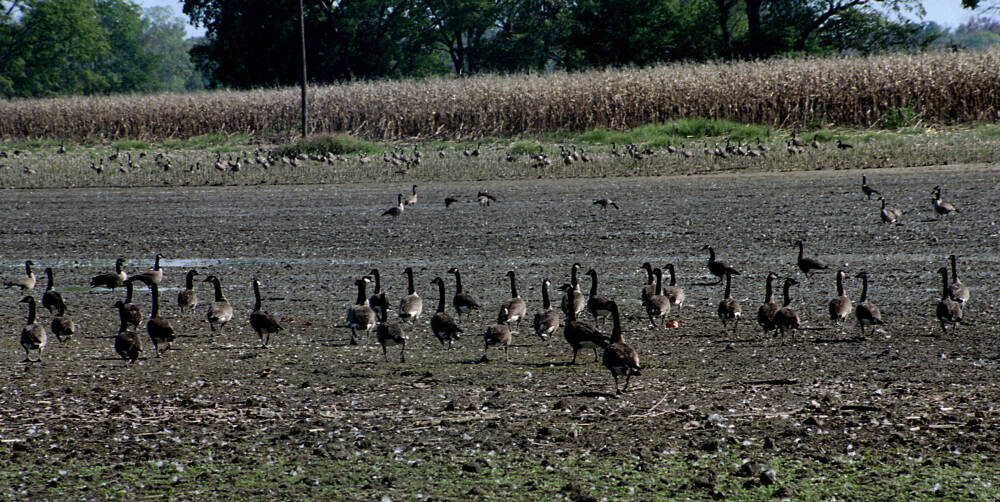 Some of these funds trickle into the Southeast Missouri area. Many "visitor hunters," who schedule hunts in Union and Alexander counties, book hotel rooms and frequent restaurants in Cape Girardeau.

The Horseshoe Lake Wildlife Refuge near Olive Branch has long been noted as the "Goose Hunting Capital of the World," and attracts its fair share of hunters each year.

"We're looking forward to the goose season," said a spokesperson from the Branch Restaurant at Olive Branch. "We'll be opening earlier when the season starts."

The 1993 goose season will be the first for Terry and Ladonn Hilla as owners of the restaurant. It was founded by Marion Williams prior to the 1992 season.

Also looking forward to the season are Marvin and Jane Dowdy, owners and operators of the Horseshoe Lake Motel along Route 3 at Olive Branch.

Another Olive Branch restaurant, the Cozy Corner, also situated on Route 3 near the north village limits, will open at 3 a.m. during the season.

"We're hoping for a good season," said Mrs. Dowdy. "We already have some reservations. Some hunters make reservations from one year to the next."

The Dowdys escaped the flood waters by scant inches this year. "We were pretty well surrounded by water, but it lacked a couple inches getting inside," said Mrs. Dowdy.

Restaurants, motel operations, grocery markets, service stations and other businesses from Olive Branch to Cape Girardeau, Anna to Carbondale, all share in the economic boom created by the annual goose season.

"We're hoping for a good season," said Pecord. "Our club is located across Route 3 from the Horseshoe Lake Wildlife Refuge. "There are already a lot of geese here. You don't see them that much, but you can certainly hear them. They're here."

Conservation officials say they are expecting a fall flight of more than a million birds this year.

"There has been good production of geese in northern Ontario," said Thornburg.

"We probably already have a million geese in the Mississippi Flyway," said Bowman, who attended a meeting of hunting club operators last week. "It's that time of year when everybody is getting excited about the geese."