From the archive: The man who arrested Oswald shares his story

On Nov. 22, 1993, the 30th anniversary of the assassination of President John F. Kennedy in Dallas, the man who arrested shooter Lee Harvey Oswald spoke at the Southeast Missouri Historical Conference in the University Center Ballroom.

Maurice "Nick" McDonald, a retired Dallas police officer, sat down with Southeast Missourian reporter Sam Blackwell and shared his memories of that day. 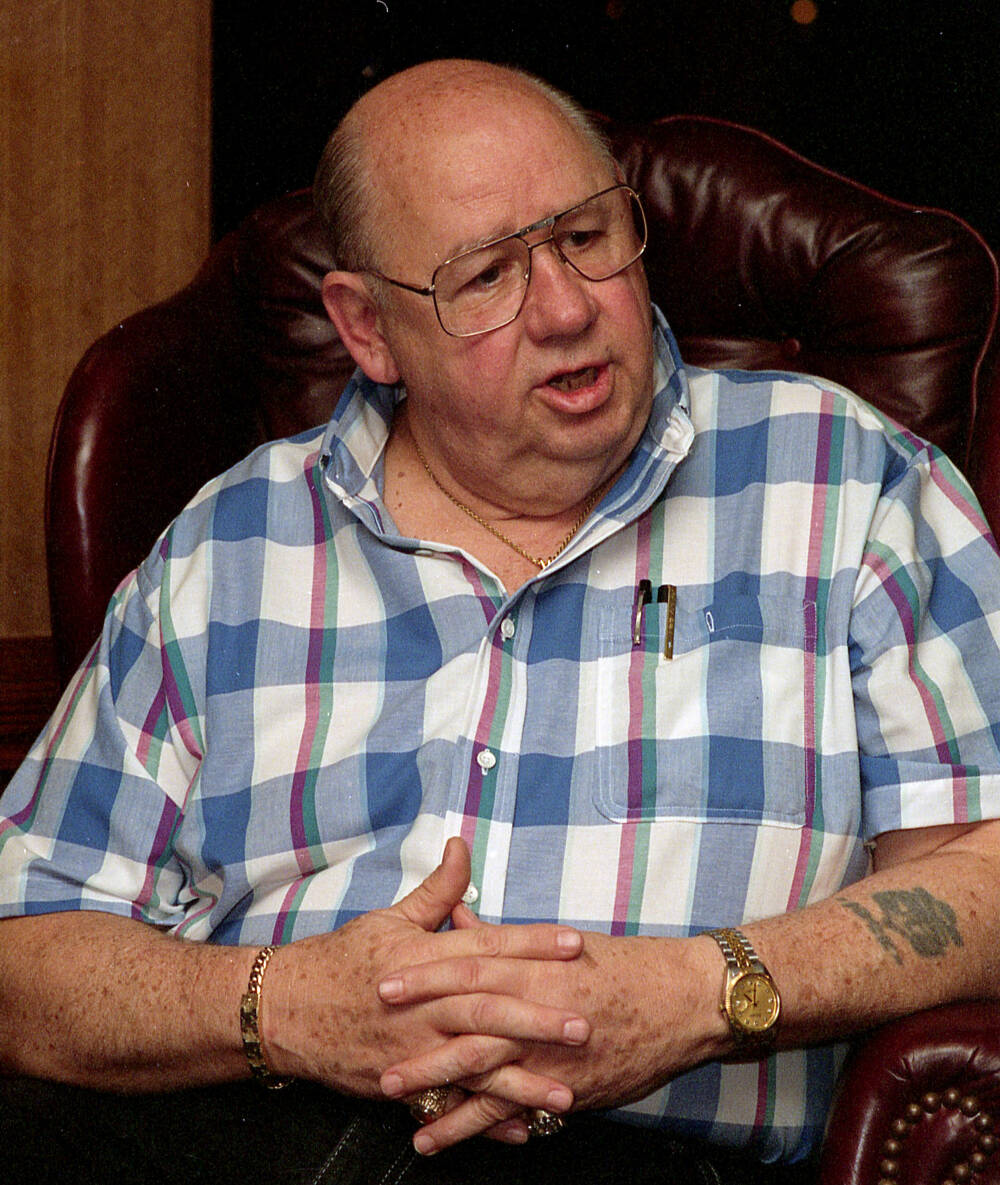 As Dallas police officer Maurice "Nick" McDonald crept up the aisle of the Texas Theatre the afternoon of Nov. 22, 1963, he noticed that Van Heflin was on the screen behind him. The movie was "Cry of Battle."

A few moments later, McDonald was in a real life-and-death struggle with the man who 90 minutes earlier had killed the president of the United States.

"It's all over now" were the words McDonald recalls Lee Harvey Oswald uttering as he slammed the burly officer between the eyes with his fist and reached for the .38 Smith & Wesson revolver in his own belt.

As the man who arrested President John F. Kennedy's assassin, McDonald has told this story to the Warren Commission, which investigated the president's death; to independent assassination conspiracy investigators; and last week to millions of viewers who watched a CBS special about the John F. Kennedy assassination.

Tonight, on the 30th anniversary of Kennedy's death, he'll recount the tale at the Southeast Missouri Historical Conference, beginning at 7 in the University Center Ballroom.

Now retired and living in Hot Springs, Ark., McDonald had just finished eating lunch with a rookie cop when a cashier at the cafeteria told them the president had been shot.

They raced to Dealey Plaza and were assigned to help with crowd control. Then McDonald heard a citizen reporting over the police radio that the officer in unit No. 10 had been shot.

"I knew immediately that was Officer J.D. Tippit," McDonald said.

He asked permission from his supervisor to help out.

It was Tippit's killer, not the president's, McDonald thought he was pursuing in the Texas Theatre.

He went in the fire exit door behind the theater, and saw two men in suits. One, a shoe salesman, had watched the man who turned out to be Oswald hide from a police car before ducking into the theater.

He pointed Oswald out to the officer, who began searching others in the theater because he didn't want the suspect to become suspicious.

When he came to Oswald and ordered him to his feet, the struggle began.

As Oswald pulled the trigger, McDonald jammed the flesh between his own left thumb and forefinger between the hammer and firing pin. The gun didn't go off.

The two fought, with the powerfully built officer wrestling the diminutive Oswald out to the street.

"My main concern was getting control of the pistol," McDonald said. That gun later was identified as the Tippit murder weapon.

Finally he wrested the revolver away and nearly became known as the man who killed Oswald.

I said, "I'm going to shoot him because he tried to shoot me," McDonald remembers. But he changed his mind.

He'd given Oswald a black eye and some bruises in the fight, and came out of it with a four-inch facial scar of his own caused when the hammer of Oswald's gun struck him.

It was only back at the police station that McDonald learned Oswald was a suspect in the Kennedy killing as well. "Boy, I really felt good," he says of the arrest.

McDonald later was awarded the Dallas Police's Medal of Honor, and was elected to the national Police Hall of Fame.

The 65-year-old McDonald, who remained on the police force until retiring in 1980, says the details are fresh in his mind because he has just finished writing a book he has titled "Oswald and I." He is looking for a publisher.

McDonald does not subscribe to any assassination conspiracy theories. Nobody serious about killing the president would have gone about it with an antiquated $12.78 Italian rifle, he maintains.

"I think it was a spur-of-the-moment thing.

"...He liked Kennedy," McDonald said of Oswald. "He just wanted to make a name for himself."