From the archive: A spooky tale for the season

My Big Sis is fascinated by the unexplained and paranormal. As the sidekick in many of her adventures, I've spent an evening in a darkened Glenn House waiting for David and Lulu to make an appearance, as well as a night in Old Lorimier Cemetery trying to conjure up "ghoolies and ghosties" and any manner of "beasties." Together, we've made ghostly tours of downtown Cape Girardeau and St. Louis, courtesy of the Continuing Education folks at Southeast Missouri State University.

Here's hoping Big Sis enjoys this Halloween offering from Oct. 29, 1995. I look forward to our next creepy adventure. 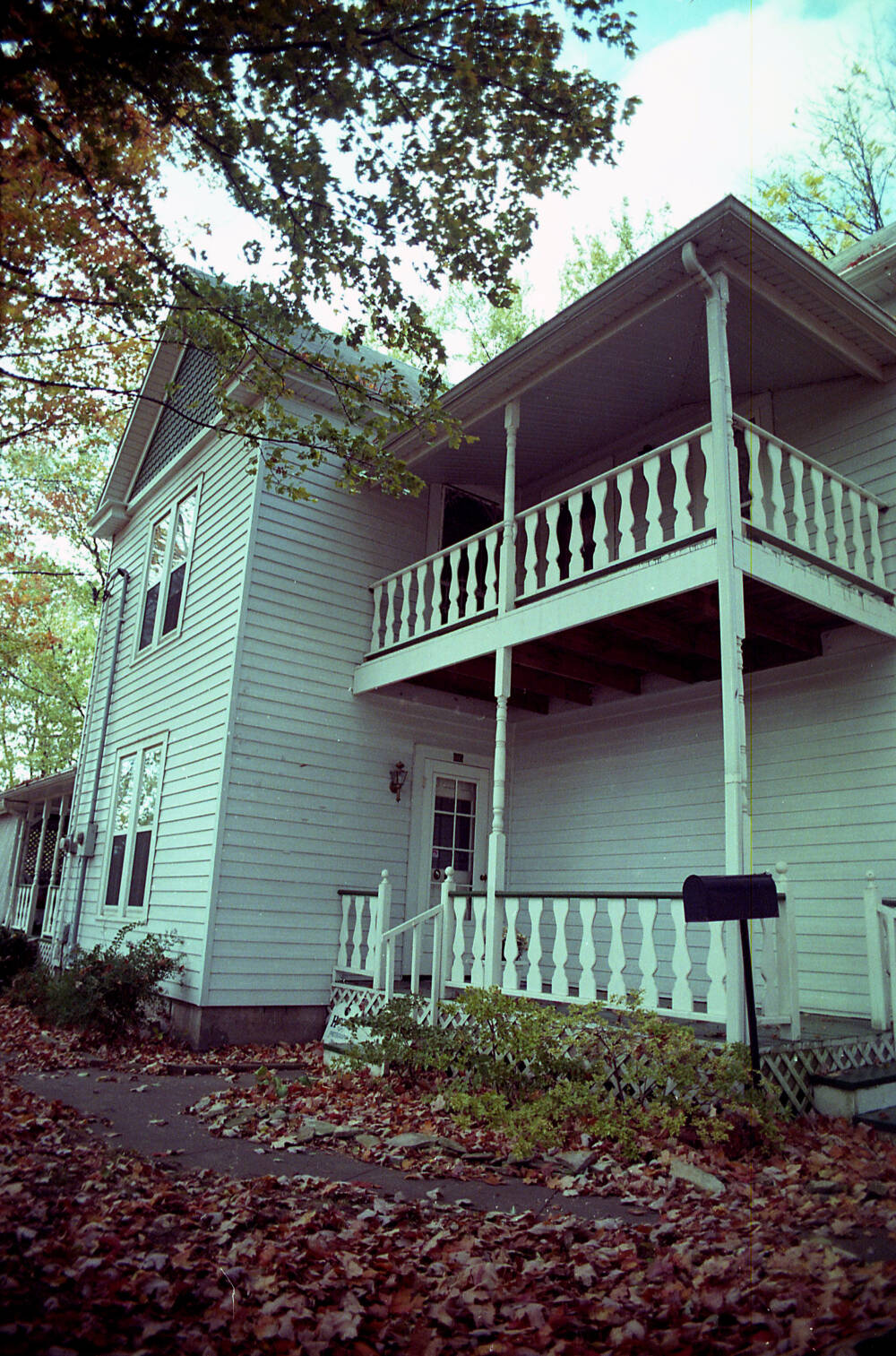 THE SPIRIT OF WILLY

Charlie Hutchings said the ghost of Charles Wilhelm would turn on the photo processor in the basement to indicate his spirit was present.

JACKSON -- The Hutchings didn't have all their possessions unpacked before odd things began happening in their new home.

It was the spring of 1987, and the family was anxious to settle in after a year of remodeling work. The house at 605 W. Main in Jackson was just perfect -- plenty of room for Charlie and Marian Hutchings' photography business and for their family to live.

But the house already had a resident. While Marian Hutchings thinks there may be a logical explanation for the odd chain of events in years following the move, the family named the spirit who shared their house "Willy."

In August 1987, the Hutchings' relatives filled the house. Everyone slept late one morning, and Marian was the first one to the bathroom.

"I got the cold chills and thought, 'What is that doing there?'" Marian said. "I started questioning everybody in the house, and nobody owned up to doing it."

During the same family reunion, a 10-year-old boy was playing with an unloaded BB gun and hurt himself with the hammer. As Charlie Hutchings worked to stop the bleeding and bandage the wound, the BB gun disappeared.

About six months later, the family found it inside their sofa, suspended under one of the upper cushions. Charlie felt it was time to do a little research.

He went to John Crites, a former Jackson postmaster whose family owned the house before the Hutchings. Crites said his maternal grandfather, Charles Wilhelm, had purchased the house. He was a very religious man who loved children and his country.

Wilhelm hated BB guns, Crites continued, and refused to allow them inside. But Crites didn't say anything about strange events occurring as long as the Wilhelm and Crites families lived in the house.

The Hutchings believed it was the spirit of Charles Wilhelm who haunted their house and nicknamed him "Willy." The weird happenings continued, some related to the photography business. 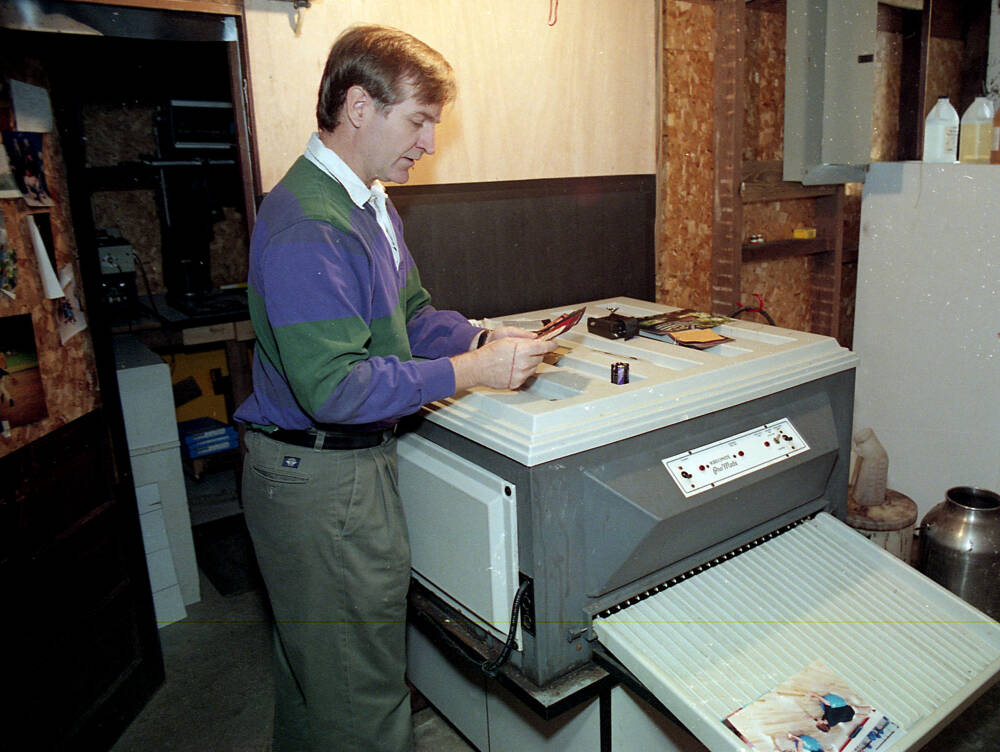 Charlie Hutchings said the ghost of Charles Wilhelm would turn on the photo processor in the basement to indicate his spirit was present. (Heidi Nieland ~ Southeast Missourian archive)

One day, Charlie took pictures of a blonde in a bikini posed on top of her boyfriend's car and Marian had to do some retouching. She put the picture on the floor of the studio while she did some other work and later couldn't find it.

After searching the house from top to bottom, she found the photo under a counter in the basement facing the wall. Once again, nobody in the house admitted to moving it. It seemed Willy disapproved of scantily clad women.

Perhaps the most chilling incident was one involving the Hutchings daughter, Madeline, who was three at the time.

Charlie was reading her a bedtime story when she sat up and began staring at a rocking chair across the room.

"I asked Mattie what she was looking at, and she said it was Grandpa," Charlie said. "She pointed at the chair, and her finger began moving toward the ceiling."

The girl started covering her head with the blanket then looking back at the ceiling. She said Grandpa was making faces at her, then she ran to the window.

"I got goosebumps," Charlie said. "Madeline said 'Grandpa' went out the window and was going over to the neighbor's house."

Both children at that neighbor's house later reported seeing an old man who made faces at them. One of the children said he was on the roof of the Hutchings' house.

One involved another buxom blonde being photographed. Apparently Willy didn't like it. Charlie said the background light fell over, but he wasn't disturbed -- it fell over all the time. Then a chair behind him tipped over, and a floral arrangement flew off a shelf.

"I told her we had done all the inside pictures we needed," Charlie said. "As we headed outdoors, I heard the photo processor turn on. It was Willy's sign that he was present."

The Hutchings' processor hasn't mysteriously flipped on for about three years. Just as the family came to terms with Willy, he disappeared.

Apple Annie, a St. Louis psychic, said the incidents may have stopped because Willy was called to "the other side" by a relative or other soul already there.

"Usually houses are haunted because people have died, but they don't know they have to go to the other side," Annie said. "They stay by a place they feel is familiar -- usually the family house."

She believes Willy was quiet before the Hutchings arrived because nothing he disagreed with was going on -- no pictures of well-endowed girls were being taken and no BB guns were being fired.

She suggested people deal with friendly, mischievous spirits by explaining that the spirits must stop behaving in the undesirable way. Evil, mean spirits should be dealt with by true professionals, Annie said.

As for the Hutchings, Willy's departure left a void.

"I kind of miss him," Charlie said. "I felt that if I lost something or something was strange, I could ask him. I know he brought one photo file back."

Maybe Willy will come home for the holidays -- at least for Halloween. 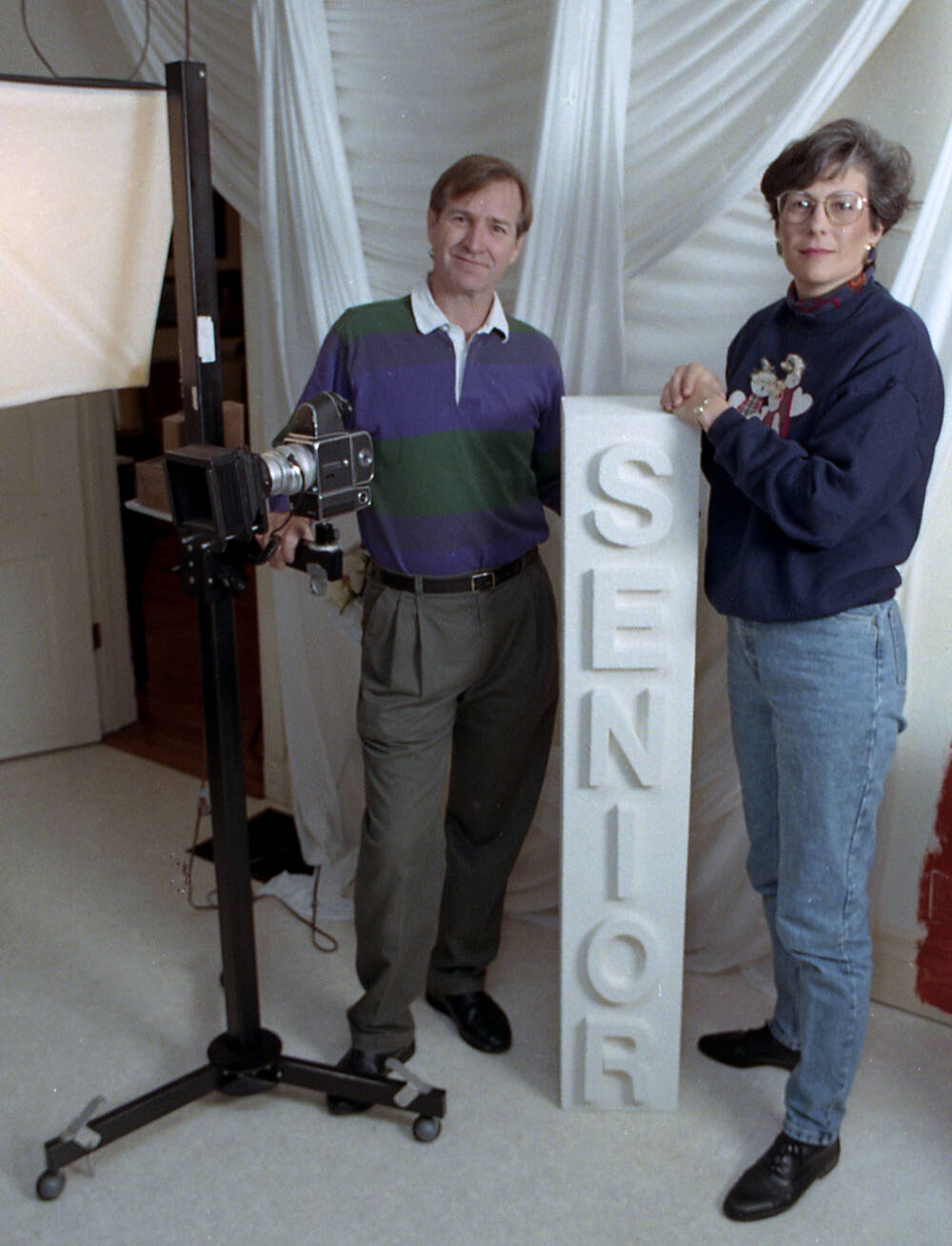 The former Wilhelm home initially attracted Charlie and Marian Hutchings because it had enough room to accommodate both their home and photography business. They didn't know something already lived there. (Heidi Nieland ~ Southeast Missourian archive)