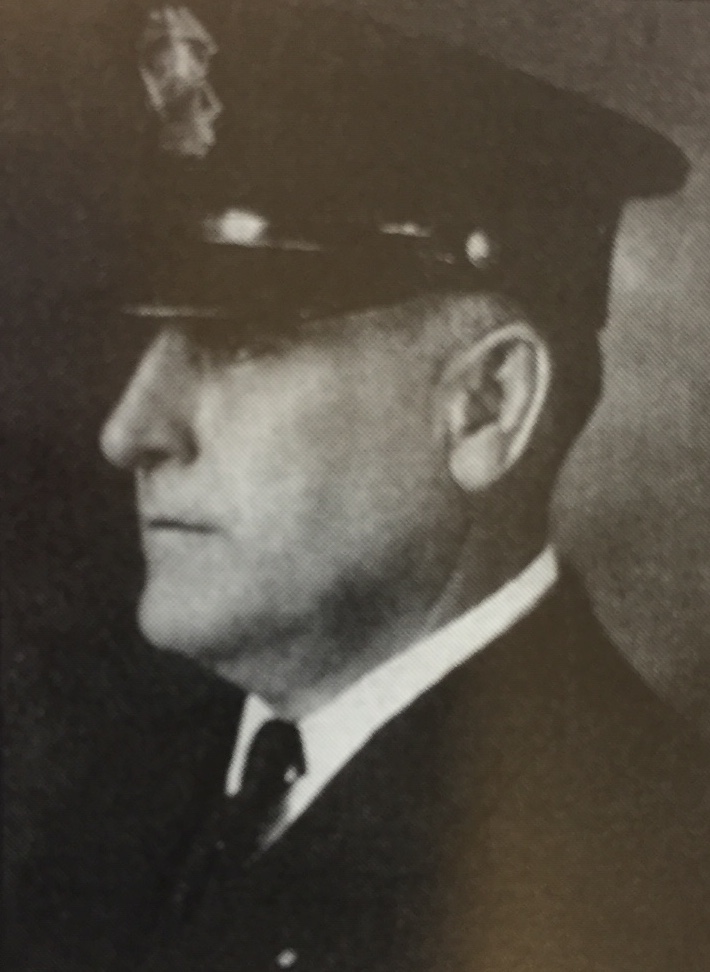 The names Jefferson "Jeff" Hutson and William "Willie" Willeford are forever linked in the history of Cape Girardeau and, especially, its police force.

In the fall of 1922 Hutson, who was the chief of police of Cape Girardeau, tried to arrest Willeford, who in May 1922 had escaped from the county sheriff while being transported to the Jefferson City State Penitentiary. In attempting to make the arrest, Willeford shot and killed Hutson, before being killed himself by a second police officer. You can read the whole story of that tragic event in Beverly Hahs' blog from 2019.

While I knew of the connection between Hutson and Willeford, I didn't realize there was a second event linking the two until earlier this year. In an ironic twist, while I was researching the "Out of the Past" column, I learned that good-hearted Hutson witnessed Willeford's wedding, just days before he was to be sent to prison in Jefferson City for felonious assault and robbery in 1920. Hutson was then the Cape County sheriff.

Here's that story, published May 10, 1920, in the Southeast Missourian:

FROM OWN WEDDING TO A PRISON CELL

JACKSON, May 10. — "For the love of woman is a kind unto itself and passeth the understanding of man? Not wr0ong, nor neglect can kill it, for it survives unto the end."

William Willeford, 21, Cape Girardeau, and Marie Hager, 18, 1943 Papin St., St. Louis, were married at the recorder's office by a justice of the peace, late Saturday afternoon.

William Willeford has gone to the state prison for two years upon his plea of guilty at the last session of the circuit court, to felonious assault and robbery.

He and Miss Hager had been engaged for some time, and were to be married on the 17th day of February this year, (Willeford's 21st birthday) but just a few days before that date he was arrested and placed in jail. True love, however, knows no obstacles. Willeford and Miss Hager appealed to Attorney Harry E. Alexander, who, together with Willeford's mother, came to Jackson late Saturday afternoon. The recorder's office had been closed for the day, but the recorder was found on the streets and induced to go to his office and issue the license. The sheriff (Hutson) obligingly agreed to bring Willeford to the courthouse from the jail, and a justice of the peace was found also.

When Willeford entered the license office in the custody of the sheriff, no one but the mother of the prisoner showed any emotion. With tears in her eyes and without speaking a word, she shook hands with her son, but the young people exchanged no greeting, although they had not seen each other for three or four months. Not until the justice asked them to join hands for the ceremony, did they touch each other.

The ceremony was witnessed by Sheriff Hutson and H.E. Alexander, and while the papers were made out, the newlyweds, who were to be separated again for two long years, conversed in a low tone, while the mother stood apart.

One to jail, the other home

The officials turned their backs and pretended not to hear what was said. After a few minutes, the sheriff reminded them that it was "time to go to the jail cell," and the party left together, walking toward the jail. Again, halfway between the jail and the courthouse, a halt was made and Willeford and his mother and his bride stood in conversation, while the sheriff and the attorney walked a short distance away. But the time for separation came, and with tearful good-bye, the trio separated, Willeford returning to his cell, and the two women, dearest on earth to him, boarding the car of H.E. Alexander, who took the wheel and carried mother and bride back to Cape Girardeau.

"Therefore shall a man forsake his father and mother and cleave unto his wife," this passage in the story of the creation, was vividly brought to mind of the witnesses to the (tragic,) serious scene of this wedding.

Willeford's apparent indifference toward the girl who was soon to be his wife, when he first stepped in the room, and his greeting of his mother, portrayed the attitude of the young man before becoming united to the woman of his choice.

Having taken the marriage vows, he paid attention solely to his bride, showing he truthfulness of the biblical prophesy. The witnesses were also impressed with the courage with which the bride undertook to be the wife of a man who is under the shadow of the prison walls.

While this is nothing new under the sun, it was perhaps the first time in the history of this county that such a thing occurred. 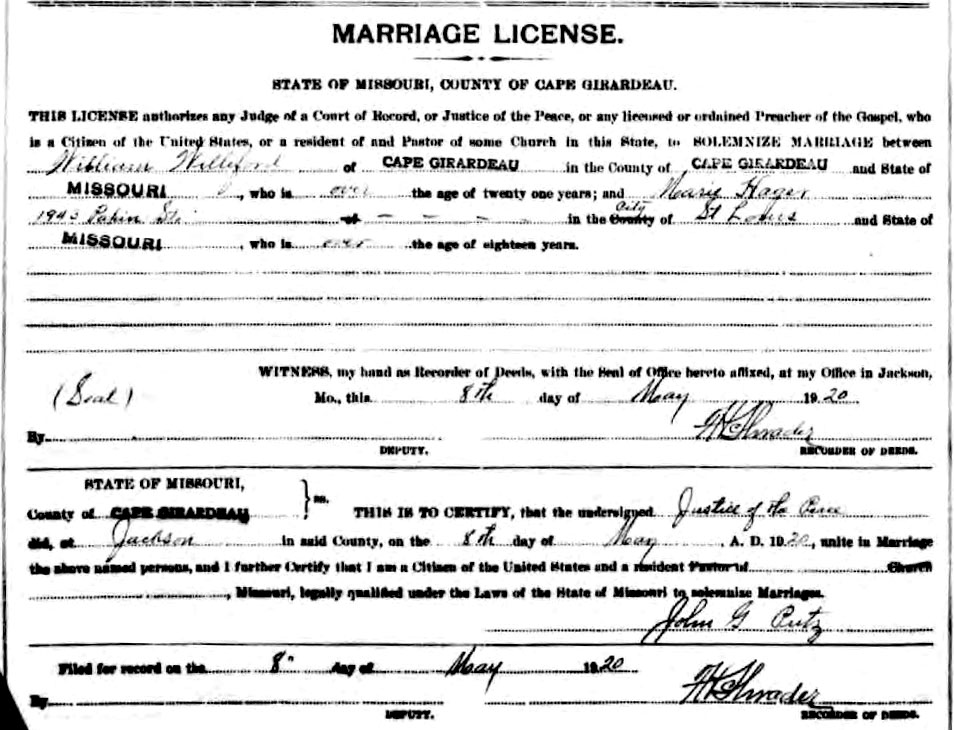