Last year, I wrote a blog on Charles L. Harris, whose gift of his private library to the local college at his death in 1944 became the core of Kent Library's Rare Book Room.

This article expands on the collection's history and holdings. It was published June 14, 1994, in the Southeast Missourian. 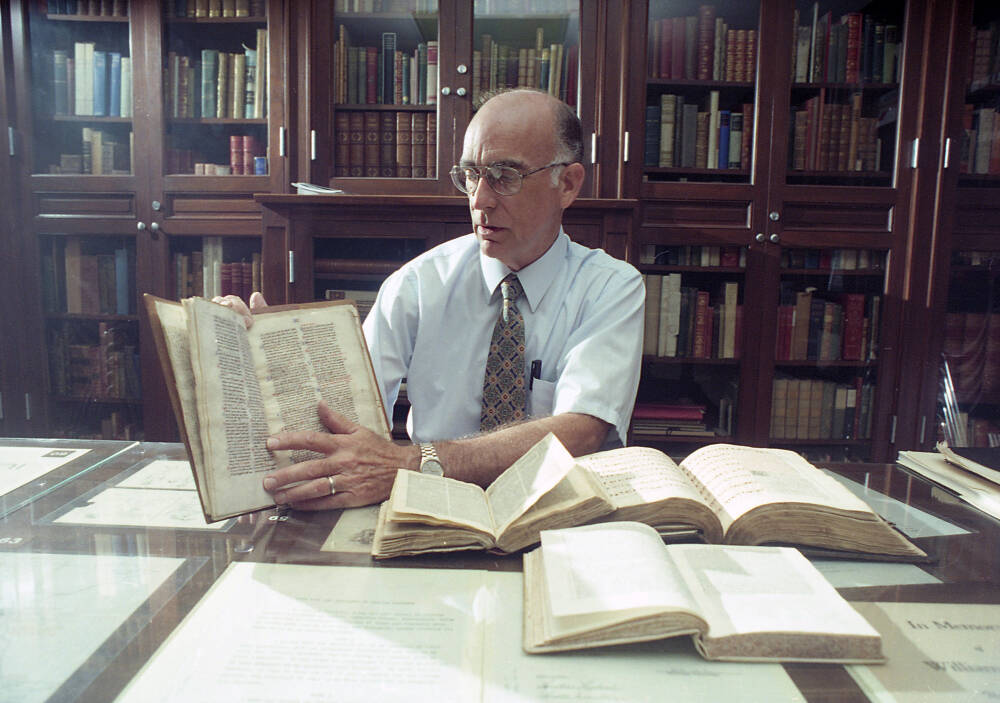 "The Personal History, Adventures, Experiences and Observations of David Copperfield" by Charles Dickens were published monthly beginning in May 1849 and sold for one shilling.

During the dark ages of the 13th century, before the days of the printing press, monks meticulously scripted the pages of books in their own hand.

One of these ancient, rare books, "A Commentary on the Secretales of Gregorius IX" actually found its way to Kent Library's Rare Book Room, also know as the Charles L. Harrison Library.

The book first belonged to Harrison himself who, in his will, donated his entire collection of rare and unusual books to the library at Southeast Missouri State University. 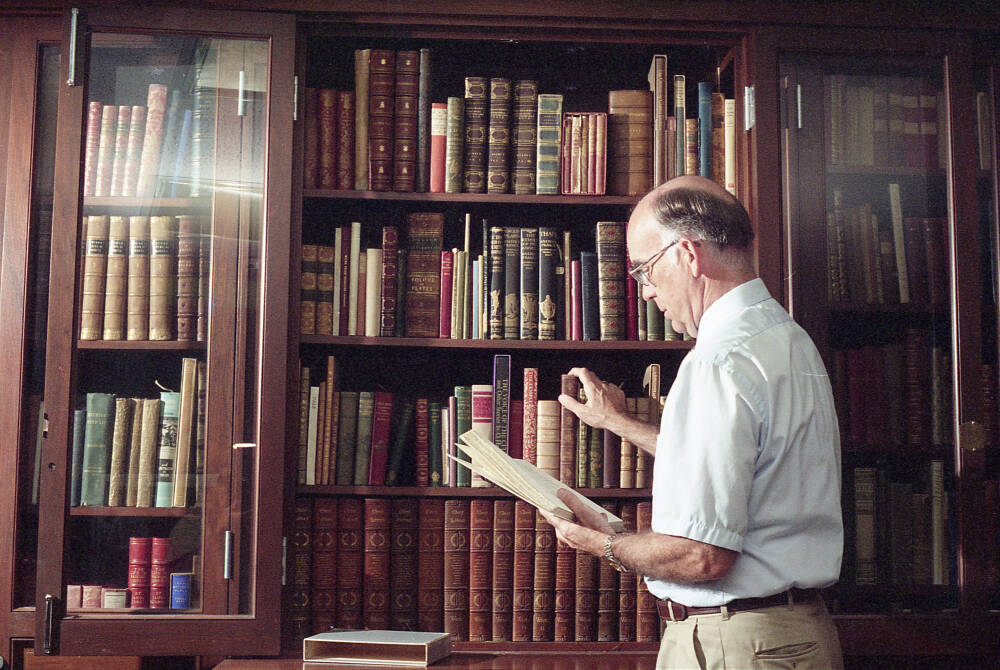 "Harrison had a special interest in the book as something other than a story, he valued the book itself as a work of art," said James Zink, director of Kent Library. "He valued the Gregorius book because it was so beautifully printed, not because it was so old and rare. And that's part of the reason why his collection is so unique and valuable in its own way."

Charles Luce Harrison came to Cape Girardeau in 1898. He gradually established a family, a business and a standing in the community. He served on Kent Library's community board, and he eventually became a connoisseur of fine and rare books.

When he died in 1944, he gave Kent Library his entire collection, but he also gave them some rules to follow. He requested that the books be kept intact in a tight glass-front protected case, that they be used only for reading, reference and exhibition and that they not be sold.

The books are now stored, as Harrison desired, in the stately Rare Book Room at the university, which was completed in 1968.

Harrison's collection consists of virtually all literary genres as well as books and manuscripts ranging from the 13th to the 20th century.

"This collection is a representation of the book for art's sake," Zink said. "The books here are highly illustrated, they have fine bindings and fine printing. If you want to study book-making as an art, this would be the place to look." 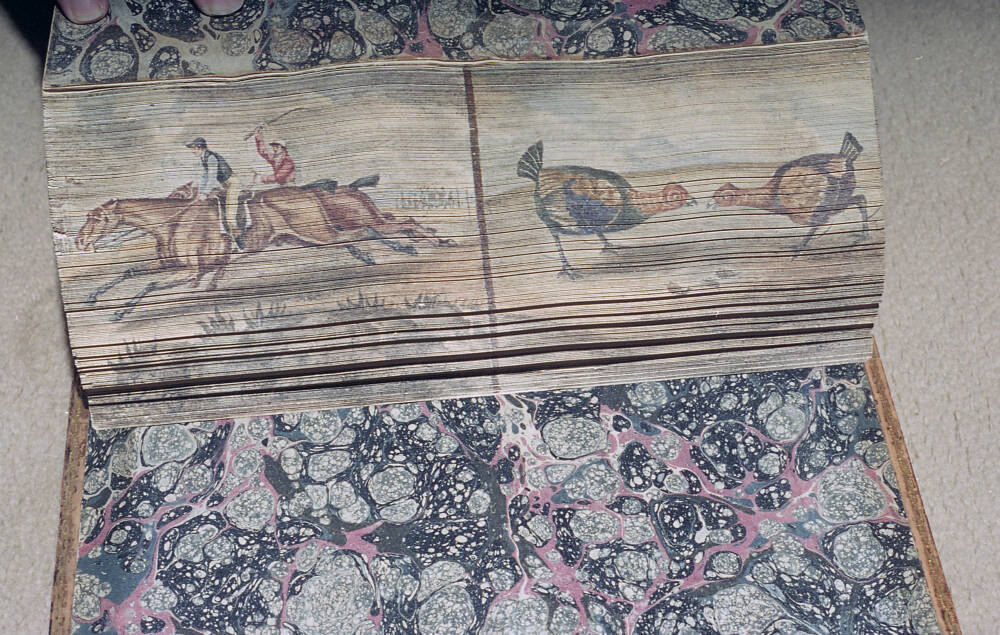 Zink displaying the fore-edge painting on the end of the pages of a copy of Strutt's "Sports And Pastimes of the People of England" printed in 1801. The pages must be fanned out to see the painting. (Don Shrubshell ~ Southeast Missourian archive)

The library includes more than 800 items, nearly all of them rare or unusual in some respect. Plates on the books bear the names of former owners such as Andrew Carnegie, Eugene Field, and the English poet Charles Algernon Swinburne.

In addition to these books, the library houses Louis Daniel Brodsky's extensive collection of William Faulkner materials. "This collection is one of the finest in the nation," Zink said. "People come from all over to see it."

Even though people flock to see the Faulkner collection, not many come to see Harrison's collection, Zink said. "I give tours to literature and history classes, but the collection lacks the depth to be valuable for most research purposes." Thus, the dimly lit room stays locked most of the year; library patrons must have an appointment to get in it.

The collection includes Harrison's personal diary, which lists the books he bought and how much he paid for them. Although the entire collection has never been appraised, Zink estimates that the worth of the books is much higher than Harrison would have ever dreamed of paying for them.

Perhaps the most valuable item is a much-sought-after first edition of Mark Twain's "Adventures of Tom Sawyer." There is also a copy of the great Atlas Coelestis by Andree Celarii, which, at one time was the only known copy in the New World.

"One of the most interesting things about the collection is that you can see the gradation to the modern book," said Zink, pointing to a row of books beginning with the hand-printed book of the thirteenth century and ending with a specimen of an almost modern book.

Many people are interested in the pressed native flowers in a copy of Natural Flowers of the Holy Lands that is bound in olive wood taken from the Mount of Olives.

From the 17th century, the collection boasts of works such as Shakespeare's "Fourth Folio" and a 1611 edition of Edmund Spenser's "Works" including the "Faerie Queen."

The collection also includes the first edition of Dickens' first novel "Pickwick Papers" and one of his more popular, "David Copperfield."

"I'd have to say that my personal favorite is 'David Copperfield' because we have it the way it was originally published, in little monthly booklets," Zink said.

His other favorite is a book he said is actually very ugly. "During the 18th century, printing went down the drain and we actually have an example of this," Zink said. "The way it is made, like the other books in this room, is where we find its worth." 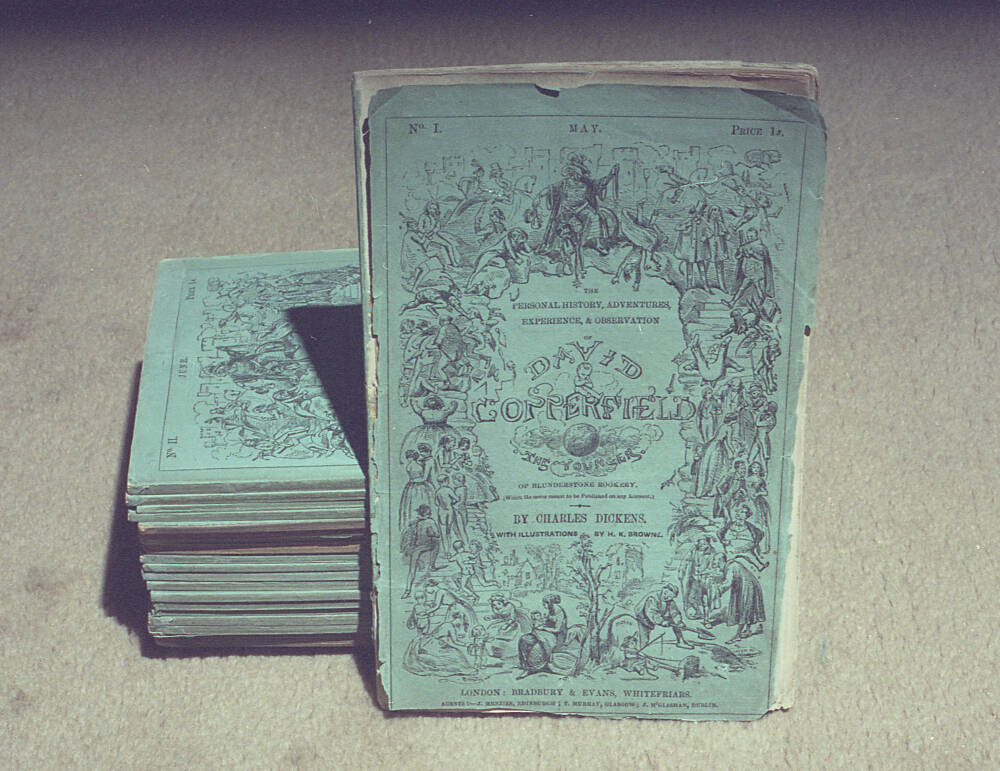 “The Personal History, Adventures, Experiences and Observations of David Copperfield” by Charles Dickens were published monthly beginning in May 1849 and sold for one shilling. (Don Shrubshell ~ Southeast Missourian archive)