From the archive: Tipton's history stretches back to 1948

The Tipton family has been cleaning up Cape Girardeau's messes since 1948.

Plans for a 6,000-square-foot expansion to the business's operation prompted this article in the Southeast Missourian on Monday, June 5, 1995. 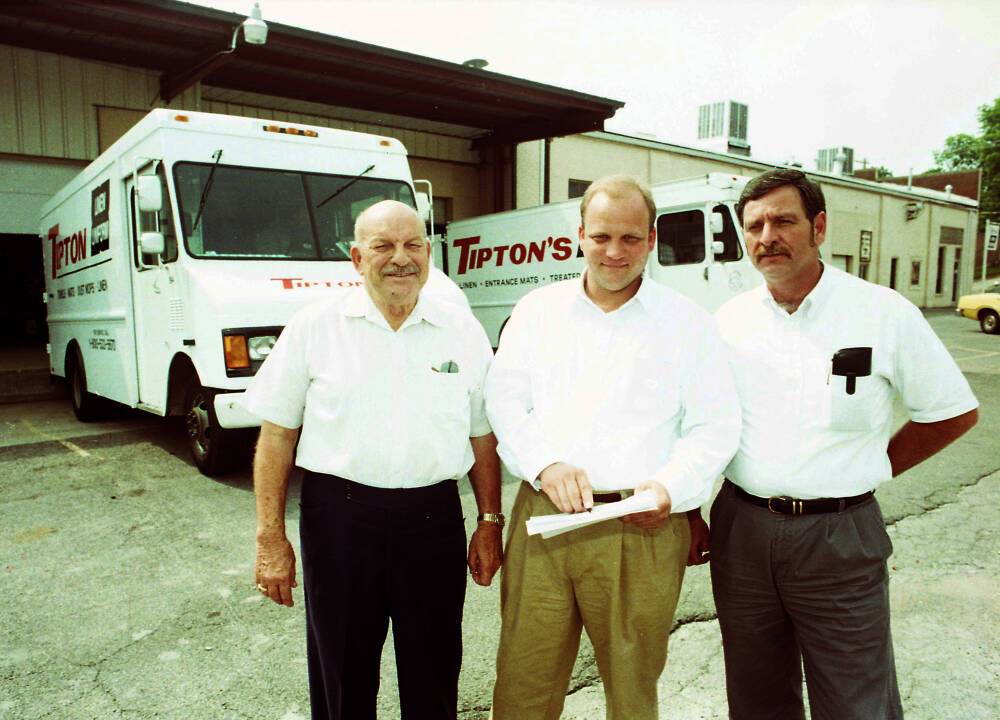 By B. RAY OWEN
Southeast Missourian

Bill Tipton made two big decisions in 1988. Both were winners.

While on the TV game show, "The Price is Right," Tipton decided to close his ears to hints being yelled from the studio audience and used his own method of pricing a new car.

Tipton guessed the first and last numbers of the price, and used the number of his Navy carrier group, 83, in between.

Earlier in 1988, he made the decision to sell his linen service business to his son, W. Tom Tipton, who had joined the family business after working in linen service at St. Louis and Houston.

"The business was in a growth mode then, and it's been growing by double-digit numbers each year since then," said Tom Tipton, who this week announced plans for a 6,000-square-foot expansion.

Mac Con Co. of Gordonville is the primary contractor for the new addition.

Tipton's has purchased property adjoining its present building and has developed plans to build there.

The company uses three, 450-pound washers, two, 450-pound dryers and a folding machine. The company currently employs 36 people. With the expansion, that figure is expected to increase to 45 within a year.

A groundbreaking ceremony was held for the new structure Friday.

"This is the second expansion in less than five years," Tipton said. "A design is now being prepared for a third expansion sometime in 1998."

The laundry business has changed dramatically over the years, Tipton said.

During the early- and mid-1950s, household laundry was a major portion of the business. By the late-1960s, most households were equipped with home washers and dryers and more garments were being made with synthetic fabrics that didn't require pressing."

It was at this time, Bill Tipton made another big decision -- to get involved in linen rental and dry cleaning. The company's business grew steadily and in 1974, the company moved from 22. N. Sprigg to its present site at 1415 Independence.

Included in the history of the company is a name familiar to Cape Girardeans for more than 60 years. John Rigdon founded a laundry business at 22 N. Sprigg St., in 1906. Rigdon's Laundry, which was involved in rug cleaning and home laundry, was acquired by Tipton's in 1954, but maintained the Rigdon name until 1974.

The Tipton Laundry story starts in May 1948, when Bill and Pat Tipton and Grace and Al Cottle founded the Whiteline Laundry. The four established the business in a small building at 35 S. Louisiana.

The business started with two wooden washers, a 24 hp coal boiler and a Gene Chicon promise. Chicon was owner of Cape Towel Services, and he was seeking a new facility to launder his towels.

Two successful years later, the Tiptons purchased the Cottles' portion of the business and formed a corporation with Cape Girardeau businessman D.L. Harrison.

In 1954, the corporation purchased Rigdon's Laundry. Rigdon was the more recognized name of the two companies, and a decision was made to move the Tipton Whiteline Laundry facility to Rigdon's North Sprigg site and to assume the Ridgon's Laundry name.

In 1955, the company's oldest and largest customer, Cape Towel Services was purchased by Selmer Peerless of Carbondale, Ill., which had its own laundry facility.

This led Bill Tipton to get involved in the linen rental business and dry cleaning. 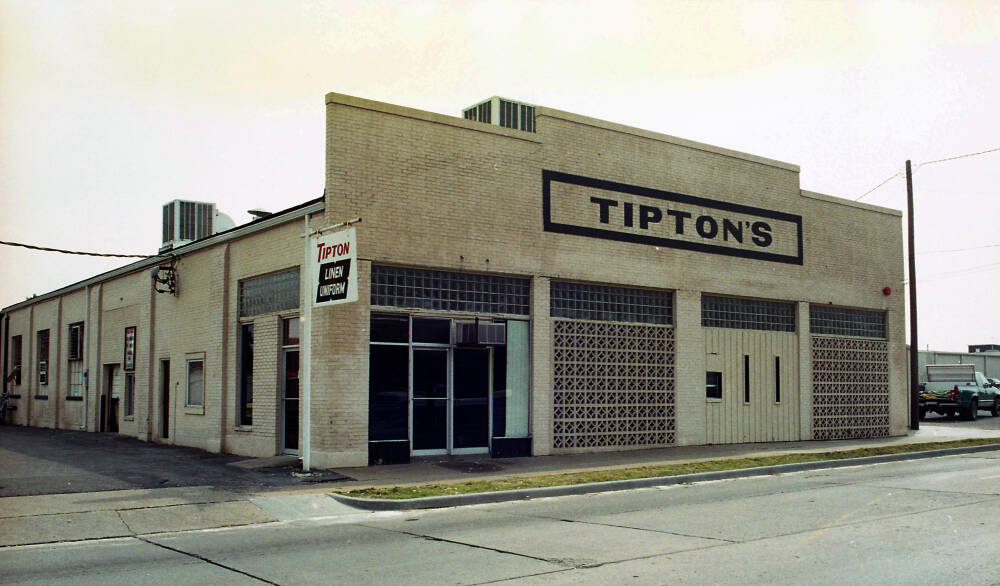 Tipton dropped the Rigdon's Laundry name when he relocated his service to its present site, renaming it Tipton Dry Cleaning & Linen services.

In 1985, Tipton sold its dry-cleaning business and phased out the retail laundry businesses, becoming a strictly linen service.

The company underwent yet another name change -- to Tipton Textile Rental Inc. -- when Tom Tipton became its owner. Tipton is president of the company. Don Harper, a longtime company employee, became vice president and Bill Tipton assumed the role of company consultant.

Tipton Textile Rental Inc. acquired Modern Linen Service of Poplar Bluff in 1988. A year later, the company expanded its service through the Lead Belt area and into the St. Louis area.

Although Tipton's is the only linen and uniform rental company in Cape Girardeau, the competition is fierce, Tom Tipton said. "We go against as many as nine textile rental companies in our service area."

The medical profession's growing demands for sanitary, reusable linens and uniforms is the driving force behind an expansion at Tipton Linen in Cape Girardeau.

The company purchased two acres adjoining its site on the corner of Independence Street and West End Boulevard in January that were previously part of the Thorngate Ltd. site.

Tipton, which employs 95 people, expects to hire seven to 10 more employees as a result of increasing customer demands.

"We are seeing an dramatic increase of reusable medical items, such as sheets, lab coats, patient gowns and medical attire. The high cost of single-use medical items has caused the medical community to choose reusable, medical textiles," Tipton said.

In addition to being more cost-effective, reusable linens are better for the environment, Tipton said.

Nearly all laundry used in patient care is considered contaminated, but home hot water heaters and washing machines do not produce enough heat to kill germs like MRSA, staph or hepatitis, Tipton said.

"We have hot water heaters that heat our water to 180 degrees. This ensures our product is sanitary for our customers," he said.