From the archive: Commission works to preserve Scott City's history

One of the things that caught my eye about this 1994 Southeast Missourian article was the photographs.

The lead photo shows the interior of Eisleben Lutheran Church, from which my Grandma Sanders (Hulda Sander Sanders Hilleman) was buried back in 1983. Another picture features the home of Dr. G.T. Dorris in Scott City. Dr. Dorris was married to my grandmother's sister, Anna.

Published June 9, 1994, in the Southeast Missourian: 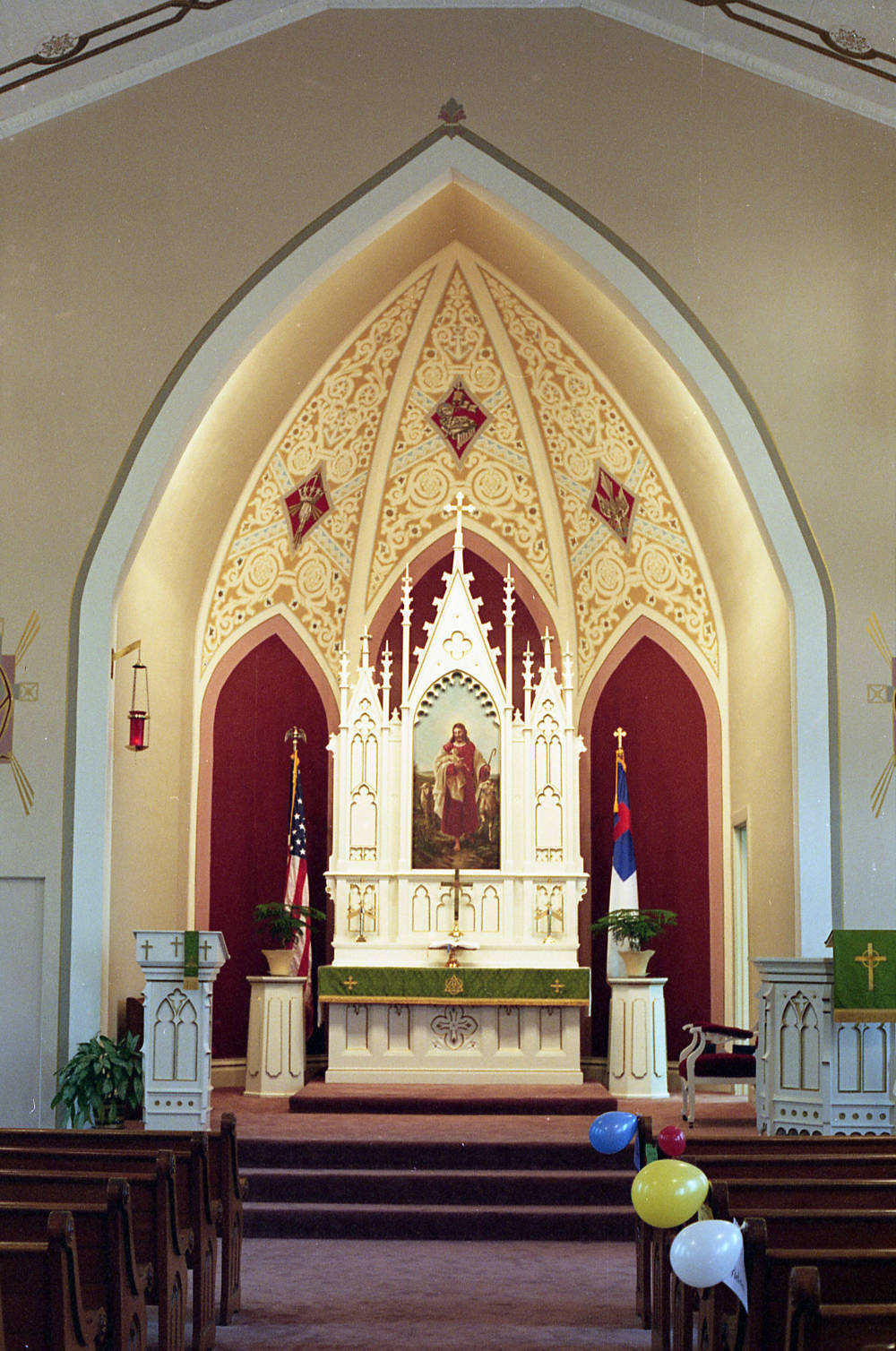 The altar area of the Eisleben Lutheran Church, 432 Lutheran Lane, in Scott City. The church was built in 1913, but the parish dates back 144 years. The guilding replaced a rock structure; the original building was a log church near Lula Avenue. (Lou Peukert ~ Southeast Missourian archive)

Jeannine Schuenemeyer has always had an insatiable interest the history and lore of places and things.

"People just don't realize what we have right here in Scott City," said Schuenemeyer. "The history of this community is unique -- unlike any other in the region."

Former Scott City mayor Shirley Young pushed an ordinance through the city council in 1989 establishing the commission. Schuenemeyer was one of the original 13 members appointed by the mayor to serve on the commission.

"I've known Shirley all my life," said Schuenemeyer. "I went to school with her son, from kindergarten all the way through college.

"One of the reasons I was picked to serve on the commission is because I have a degree in historical preservation from Southeast Missouri State University," she said. 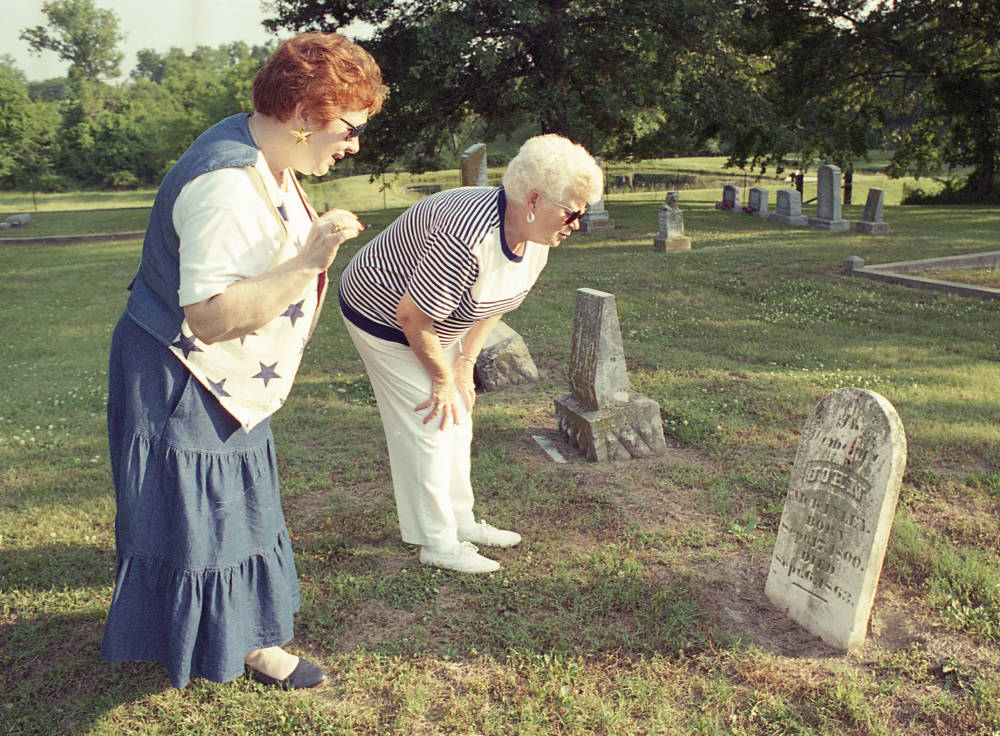 Shirley Young, left, and Evelyn McClintock, members of the Scott City Historic Preservation Commission, looking at the grave of John McKinley, a veteran of the War of 1812, in Mount Zion Cemetery in Scott City. McKinley enlisted in the Army as a drummer boy at the age of 12. He died Sept. 6, 1863. (Lou Peukert ~ Southeast Missourian archive)

Young, now a member of the commission, said Schuenemeyer "is our resident expert on historic preservation. I don't know what we'd do without her."

The former mayor said she started the preservation commission after seeing similar models in other cities at conventions and meetings in Jefferson City.

"I just thought that Scott City really needed something like that," said Young. "Then I came back, pitched the idea, and found several people who were interested.

"Now we're working to open a little museum in town," she said. "We have plenty of things to start with, but no place to display them."

One of the things that makes the history of Scott City so unique, and in the commission's opinion worth touting, is the formation of what is now Scott City.

The history of Scott City is woven from the colorful backgrounds of three railroad towns that merged to form the city. Three separate communities -- Illmo, Fornfelt and Ancell -- have over the years in a series of mergers come together to form today's Scott City.

The history of the area dates to 1844, when a mill was established at Gray's Point. It was one of the first mills built in Southeast Missouri.

As rail lines were laid across Southeast Missouri, communities in the Graysboro area grew and prospered.

One May 25, 1905, a double-tracked bridge across the Mississippi River was opened, connecting Southeast Missouri with Southern Illinois.

The city of Illmo blossomed as the train terminal was moved from Graysboro. Edna, which became Fornfelt in 1912, was started about the same time.

In 1906, the town of Ancell was laid out one mile west of Fornfelt. It served as a shipping point for the flour mill at Kelso. Ancell was incorporated as a town in 1911; its first election was April 4 of that same year.

Ancell, Illmo and Fornfelt consolidated their school systems in 1947 to form a new school district. Ancell and Fornfelt merged in 1960 to become Scott City. Illmo joined Scott City in 1979.

"This area isn't as old as communities like Jackson or Cape Girardeau, but because of the way it was formed Scott City is very unique," said Schuenemeyer. "We have a few farm houses that date back to the mid-1800s, but a majority of our historic buildings were built in the 19-teens or the 1920s."

The historic preservation commission decided to raise money for the restoration of area cemeteries by showcasing its own historic homes on a home tour held in October for the past two years.

"We've had a great turnout for both home tours," said Schuenemeyer. "And it has provided the commission with the money it needs to do some restorations and buy a couple of historic markers." 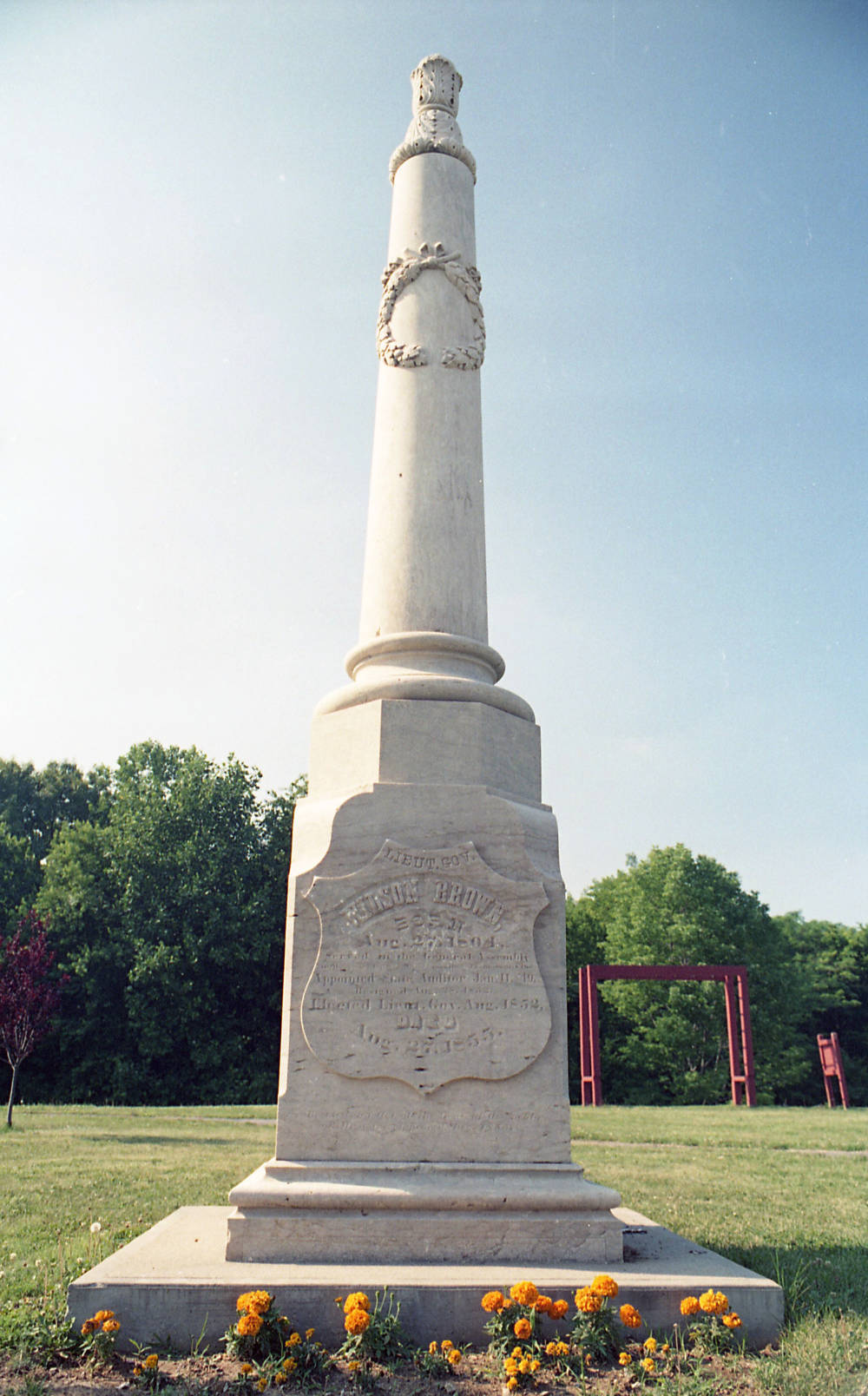 One of the first tasks the historic preservation commission undertook when it was formed in 1989, was the restoration and relocation of the Lt. Gov. Wilson Brown marker, above. Brown lived in Cape Girardeau, but owned a large farm on the north side of Scott City. (Lou Peukert ~ Southeast Missourian archive)

One such marker is on display at the city park, commemorating former Missouri lieutenant governor Wilson Brown, a native of the Scott City area.

Brown came to Cape Girardeau County in the late 1820s, where he married Amanda Giboney, daughter of the wealthy and prominent landowner Robert Giboney.

Brown was elected in 1838 to represent Scott County in the state legislature. He was elected lieutenant governor in 1852, and died in office.

A marble monument was erected on a 269-acre farm on the north side of Scott City by authority of the Missouri General Assembly. The monument was shipped by steamboat to Commerce from Georgia at a cost of $500. Once it was unloaded at Commerce, it was transported by ox-drawn wagons to the farm cemetery overlooking Rock Levee Road.

One of the first actions of the historic preservation commission in 1989 was to move the monument from the cemetery to the park to prevent further damage by vandals.

"It was quite a project," Young recalled. "It was in three or four pieces when we got to it. In a short time it would have surely been destroyed by weeds, if the vandals didn't get it first."

Schuenemeyer said the feat was accomplished with little to no money.

"The city doesn't really give us any money at all," she said. "We get a little -- very little -- money from the city's cemetery committee. But most of our operating funds are generated by the home tour every year."

Members of the commission used some of the funds from last year's tour to purchase a marker commemorating some of the historical figures buried at Mount Zion Cemetery. The marker will be placed there next week.

"We plan to place the marker at the entrance to the cemetery," Schuenemeyer said. "It tells a little bit about the history of the cemetery, and some of the people buried there. We moved some broken tombstones from a private cemetery to the Mount Zion Cemetery."

Schuenemeyer said perhaps the most noteworthy thing the commission has done in the past five years is restore a sense of civic pride in Scott City and its residents.

"People who drive through Scott City down Main Street really don't get to see all this city has to offer," she said. "After the home tours, I couldn't tell you how many people came up to me and said, 'I didn't know this was here,' or, 'I never realized that.'

"I think there has been a noticeable difference in the showing of civic pride in this community since we started showing off some of our natural beauty,"
Schuenemeyer said. "Not only has the overall appearance of the town improved, but residents are walking a little bit taller with pride in their community." 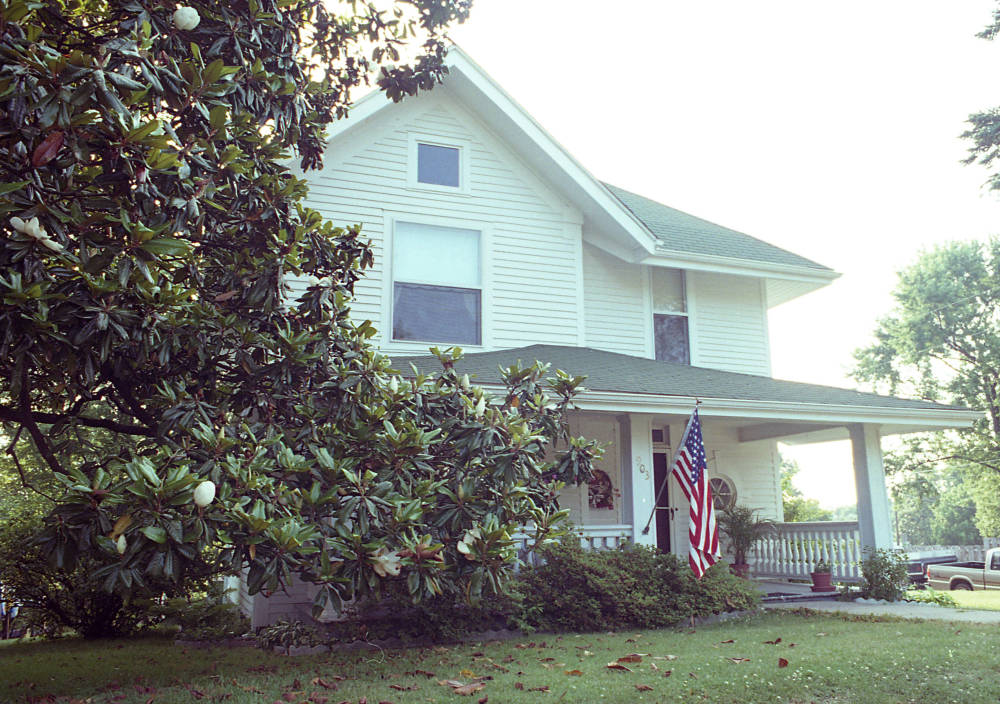 The residence of Bill Davis Jr., 903 Second Street, which was constructed in 1905 for Dr. G.T. Dorris. The magnolia tree on the left was brought from Florida by the Dorris family. The house was featured during the commission's home tour. (Lou Peukert ~ Southeast Missourian archive)