From the archive: Fruitland's growth

In this article published June 16, 1994, former Southeast Missourian writer and editor Jim Grebing took a look at the history of Fruitland and the growth it was enjoying. 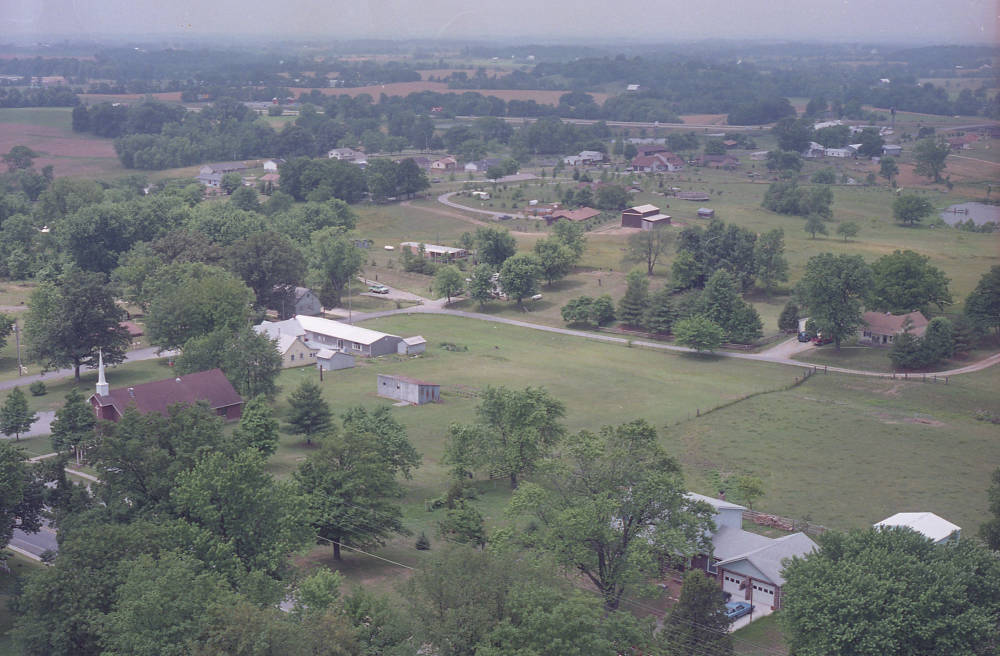 DESPITE LOSS OF HIGHWAY 61 TRAFFIC, FRUITLAND CONTINUES TO GROW

With its roots dating to just after the Civil War, the Fruitland area has become a booming community with large residential areas, businesses, antique shops, churches, and some larger companies that benefit from Fruitland's easy access to Interstate 55.

Although not incorporated, the area has fire protection and water districts, and some residents are working on a plan to provide sewers.

A number of large business are in Fruitland. Among them are the Fruitland Livestock barn, where auctions have drawn big crowds every Friday for years; Gilmore Trucking Co.; and VIP Industries.

Fruitland is also known for its gas wars -- something that has been drawing attention of motorists for years.

At one time Fruitland was a busy place, with Highway 61, the main route to St. Louis, running through it. But when I-55 opened in 1972 it took much of the traffic away.

A welcome site to many travelers was the Owl Shanty Truck Stop, which was open day and night except on Christmas. The truck stop burned down several years after the interstate opened.

But with its residential boon -- and more recently a growing number of retail businesses opening near the interstate -- plenty of traffic goes through Fruitland. 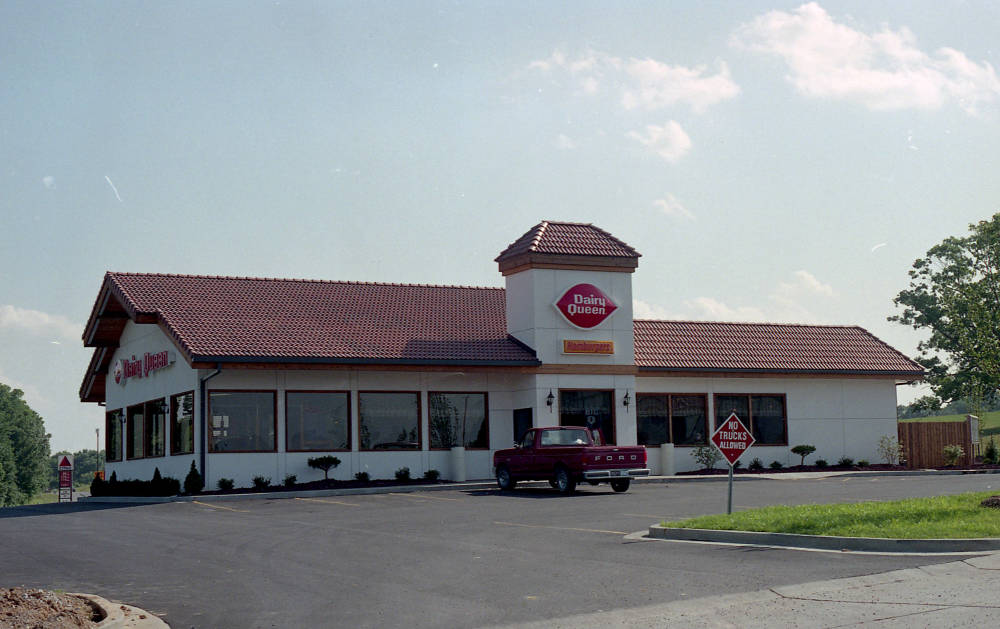 Drury Southwest began building in Fruitland five years ago when the company opened a D-Mart off Interstate 55. In 1993, they added the Bavarian Banquet Hall. Less than two months ago, the doors of Dairy Queen were opened to highway travelers. Drury's latest project in Fruitland is a hotel, slated to open in June 1995.

Despite the name, no orchards

Fruitland got its name from James Kerr, a native of Mississippi, who served as principal of Jackson public schools just after the Civil War. He then established the Fruitland Academy at Fruitland. In establishing the private school, which became known as one of the best in this part of the country, Kerr said the area would make good fruit country. Hence, the name Fruitland. Despite the name, no extensive orchards were ever planted, although many residents have fruit trees.

Before being established a church served the area. The Pleasant Hill Presbyterian Church was founded in 1838 by Scotch-Irish pioneers from North Carolina. The present building used by the congregation was built in 1892.

The Fruitland United Methodist Church was established in the 1890s and still exists.

Fruitland was a stop along the Louis Houck railroad in the early 1900s. The railroad provided transportation for residents and a way to send products elsewhere. A flour mill was situated next to the railroad tracks. 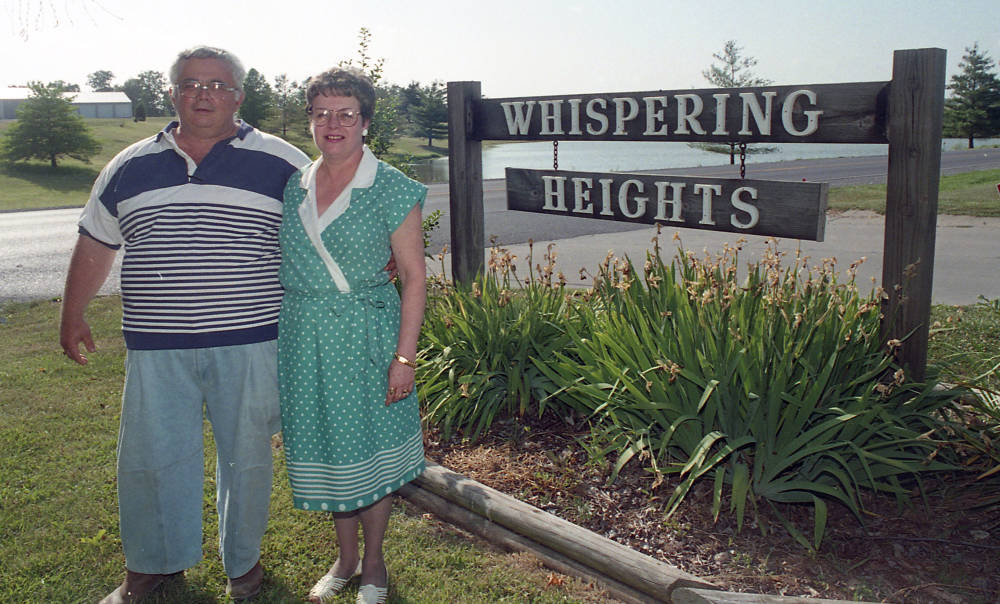 One of the prominent figures in the development of Fruitland is David McDowell, who, along with his wife, Donna, have developed seven subdivisions on farmland they owned.

McDowell recalls that when he built his first subdivision -- Whispering Heights -- in the mid 1960s, many laughed at him.

"Everybody thought I was crazy and that lots wouldn't sell," said McDowell. "To get started you have to build and sell. The first one is the hardest to sell, the second one is a little easier, and the third one easier yet. One thing leads to another."

McDowell started the home construction before he knew Procter and Gamble Co. would build a plant a few miles east on Highway 177, which intersects with Highway 61.

The new jobs provided by P&G increased the value of his subdivisions and the need for more houses in the area. As water and fire protection were provided, the area became even more attractive.

McDowell started building homes from a cabinet shop that had a second-floor apartment where he lived. He knew the developments would be successful because of the area's quick proximity to I-55.

"Sitting on a hub"

"With the interstate coming through and roads the way they were, I looked at Fruitland as sitting on a hub," said McDowell. "You didn't have to drive 10 or 20 miles just to get to a road to get anywhere," he said. "It's a direct shot to the interstate, and you are 10 minutes from anywhere and have good roads all the way."

McDowell estimated that over the years he and his wife have built about 400 homes. For some families they have built second and third homes. The area now contains a variety of people, including retirees and former residents of Cape Girardeau and Jackson who were looking for a quiet residential setting.

"I had high expectations for it when I started," said McDowell. Realistically, from a business standpoint, it got to where we stayed busy all the time. We did every phase of the construction ourselves."

Had he not started the subdivision development, McDowell says someone else would have because of its proximity to I-55. 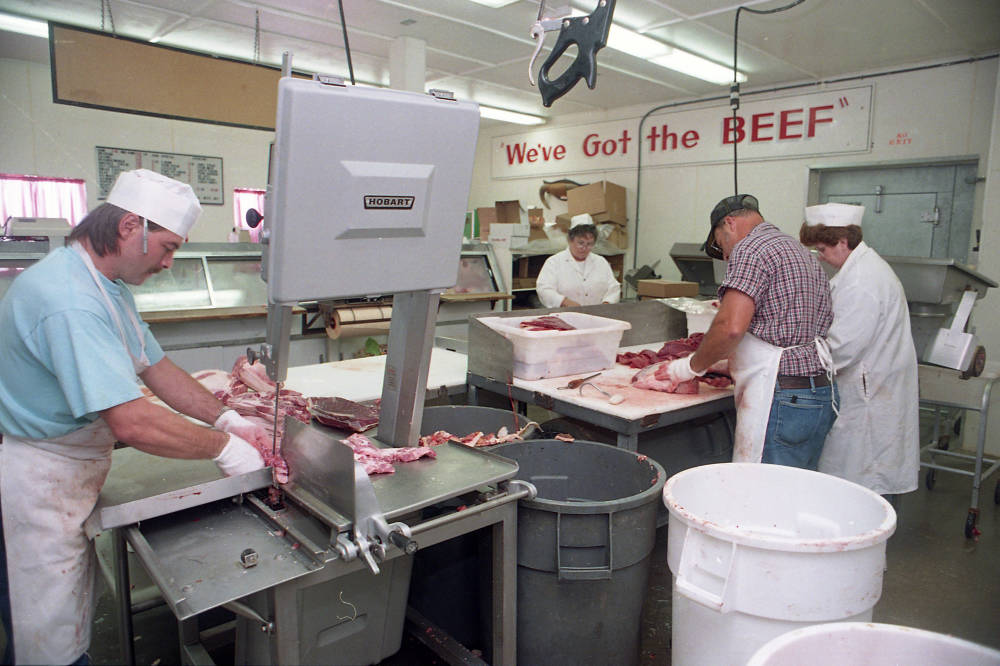 There is an elementary school at Fruitland that is part of the Jackson School District. At one time Fruitland had a full school system.

Basketball was one of Fruitland's primary sports, and during the 1931-32 season the Fruitland Greyhounds put Fruitland on the map with a Class A state championship. They finished the year 27-1, defeating the College High Preps of Cape Girardeau for the title in Columbia. For the season, the Greyhounds scored 882 points. The team scored 46 points in one game, quite uncommon during that era of high school basketball. The state title was the first ever by a team from Southeast Missouri.

McDowell believes Fruitland's future is bright. Some believe Fruitland will need to incorporate to assure that adequate services are provided. Previous efforts have failed, but McDowell said it is inevitable.

"In an area like this it is hard to cooperate on everything," said McDowell. "The bigger it gets, a lot better chance there is that we will incorporate."

"We could not have a nicer bunch of people than we have here," said McDowell. "We have roads, churches, and everything you need for a town. It is just getting to where it is starting to go," said McDowell.

"When we started there wasn't much here, but one thing led to another. It's growing good, and property values hold up as good here as anywhere around." 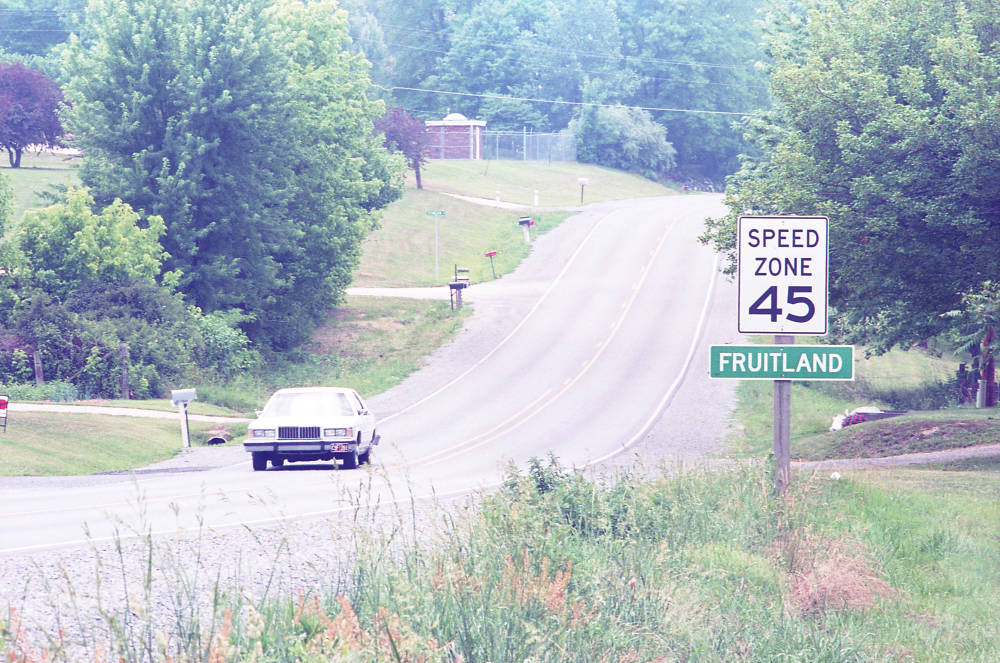