Charles Clippard passed away on April 30 at the age of 90. The story featured in this blog was published 29 years ago at the time of his retirement as principal of Cape Girardeau's Hawthorn Elementary School.

Published April 10, 1991, in the Southeast Missourian: 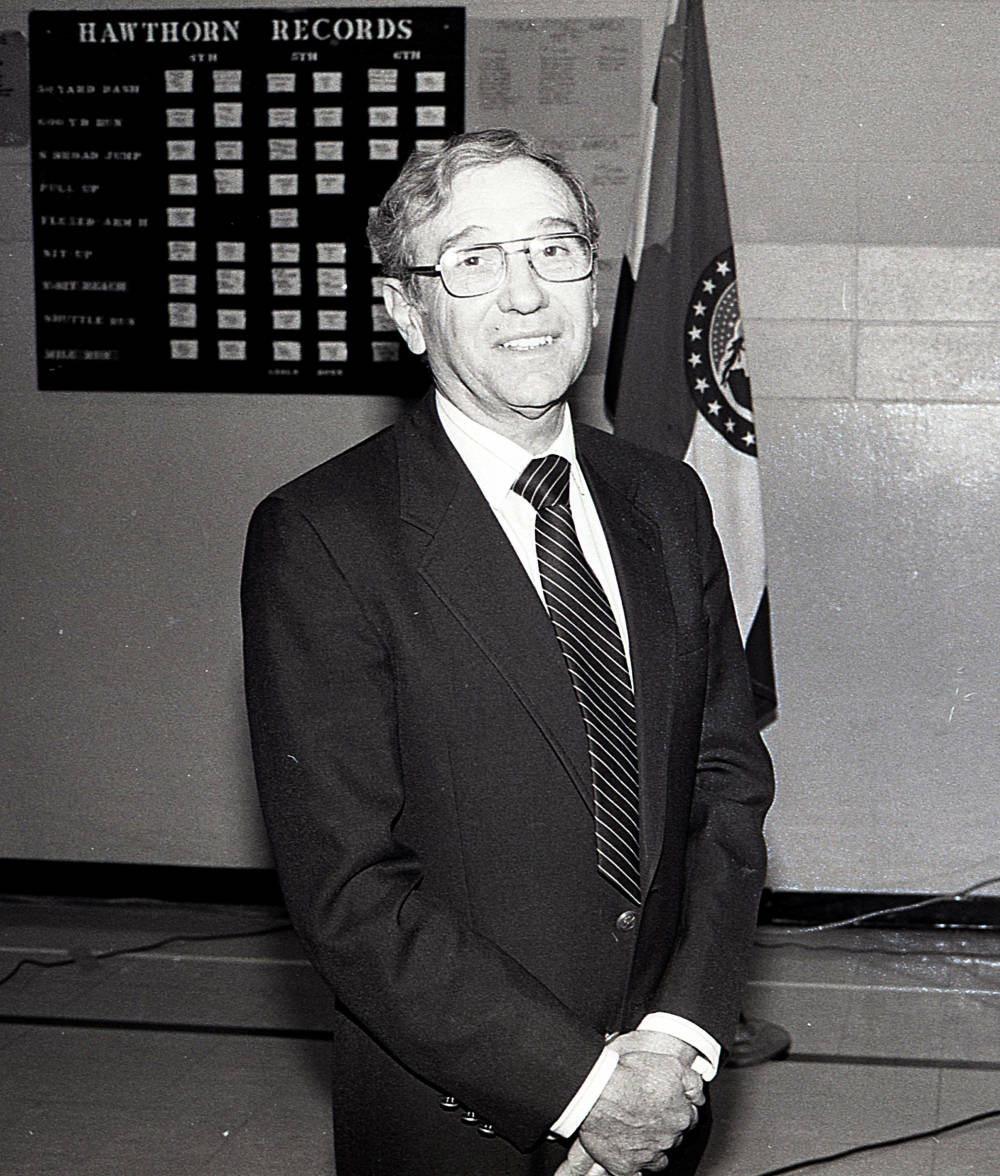 Charles C. Clippard, left, smiles after hearing that Hawthorn Elementary School has a new name – his own – at a meeting there of the Cape Girardeau Board of Education Tuesday night. (FRED LYNCH ~ Southeast Missourian archive)

The announcement was made at Tuesday night's school board meeting, which was held at what now becomes known as Charles C. Clippard Elementary School.

Clippard has served as principal at Hawthorn for 25 years, and has worked in Cape Girardeau schools for 35 years. He will retire at the end of the school year.

Longtime colleague Jean Mabrey, a retired Hawthorn teacher, announced the change by reading a proclamation outlining some reasons for the honor. It said, in part:

"For 35 years of devotion to the education of the youth of this community. ... For Charlie C. Clippard's continued ability to exemplify the virtues of honor, decency, loyalty, humility and compassion. ... We therefore, the individuals whose lives have been touched by this gentle man, hereby proclaim that from this day forth Hawthorn Elementary shall be known as Charles C. Clippard Elementary. Let his loving example lead us through generations to come with anticipation and eagerness."

A large contingent of Hawthorn teachers and staff members were on hand for the announcement. As the proclamation was read, the audience stood and displayed T-shirts and posters which read Charles C. Clippard Elementary. 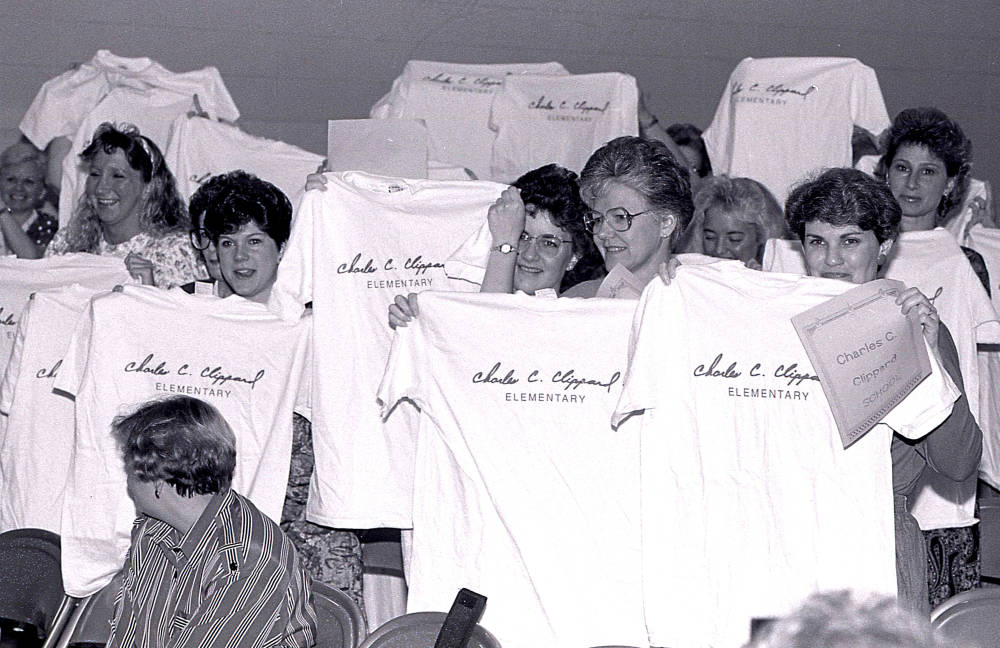 Clippard wiped tears from his eyes and said, "I never dreamed in all my life that such an honor would have come to me.

"If I am in any way deserving of this honor, it is reflected glory," he said, "reflected from all the people I've worked with. I am most grateful for the wonderful little kids I have loved and known in my 35 years."

Clippard then read a note he said was slipped to him in the school cafeteria Friday by one of his students.

"Dear Mr. Clippard," he read from the note. "I'm sorry you are retiring. ... I hope our new principal will be just like you. When I come to your office and hear your voice, I feel so relaxed. I just wanted to tell you that I love you and God will bless you."

Board President Carolyn Kelley, who taught at Hawthorn School for a while, said teaching under Clippard was "a privilege."

"Now it is our turn to give to you the highest honor given an educator in this district," she said.

Board members then approved unanimously a motion to rename the school.

Hawthorn School is the newest elementary building in the district. Built in 1965-66, the school was first named for the state's flower at the recommendation of the school's original group of teachers.

Clippard was named principal in 1966, the first full year the building was open.

He graduated in 1956 from Southeast Missouri State University. That same year, Clippard began his career in education as a sixth-grade teacher at May Greene School.

Three other public schools have been named for former educators: May Greene and Alma Schrader were both longtime elementary teachers and L.J. Schultz was district superintendent for many years.

The board did not appoint a new principal for the Charles C. Clippard Elementary School. The board will meet Monday night to interview candidates. Kelley said she did not know when a new principal would be named.