From the archive: Kenny Rogers and the Cerebral Palsy Center

The recent death of Kenny Rogers reminded me of his ties to the Cerebral Palsy Center in Sikeston, Missouri. This article tells of those ties and Rogers' support for the center and the Sikeston Jaycees.

Published April 14, 1994, in the Southeast Missourian: 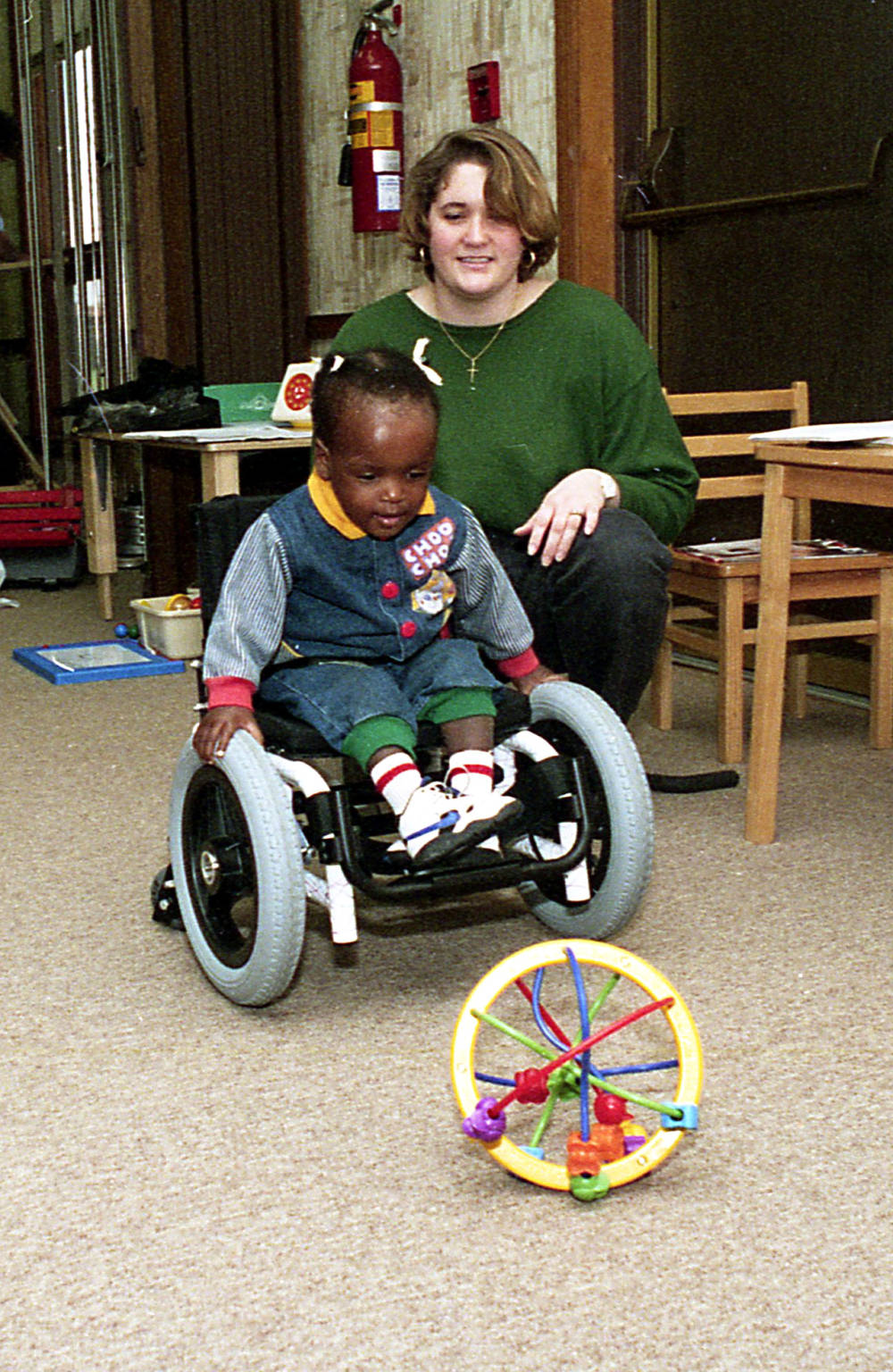 SIKESTON -- When Tom Nunnelee was lining up talent for the 25th annual Sikeston Jaycee Bootheel Rodeo in 1977, he had no idea what his decision to invite singer Kenny Rogers would lead to.

What it led to was the Kenny Rogers Cerebral Palsy Center, which opened in June 1979, and now serves more than 100 children weekly from all over the area.

The 5,000-square-foot facility has expanded its services over the years, and in January ground was broken for a 3,500-square-foot addition. Besides serving children with cerebral palsy, the center provides occupational and physical therapy for students attending the New Dawn State School for the Handicapped next door.

"It was a marvelous thing to be involved with," said Nunnelee, who now serves as one of 33 board members overseeing operations of the center. "Everything just came together and the project became a point of pride, not only for the Jaycees but for the entire community.

"It was a great experience for the Jaycees, and the center continues to be a source of pride to the whole Bootheel."

Originally, Nunnelee and other Jaycees hoped Rogers would be a draw to generate funds the organization could donate toward purchase of a fire truck by the city.

Rogers helped the Jaycees promote the rodeo and got caught up in the desire of the Jaycees to raise funds to improve their community.

Nunnelee recalled that on the second to the last day of the rodeo, some of the Jaycees were having lunch with Rogers when he offered to donate an Arabian stallion he owned to the group.

"He said he didn't really care what we did with the horse, but that he knew whatever we did would be for the right reasons and be handled properly," said Nunnelee.

When Rogers offered the horse, he had no idea what the Jaycees would do with the money. The Jaycees didn't either. But as they began thinking about projects, they recalled that a cerebral palsy affiliate had approached them about helping them with a new building to replace the 1,000-square-foot facility.

The Jaycees took on the project and agreed to use proceeds from the horse toward the building. They had no idea how other funds would be raised. The rodeo board also decided to contribute $25,000 to the center. The rest is history. 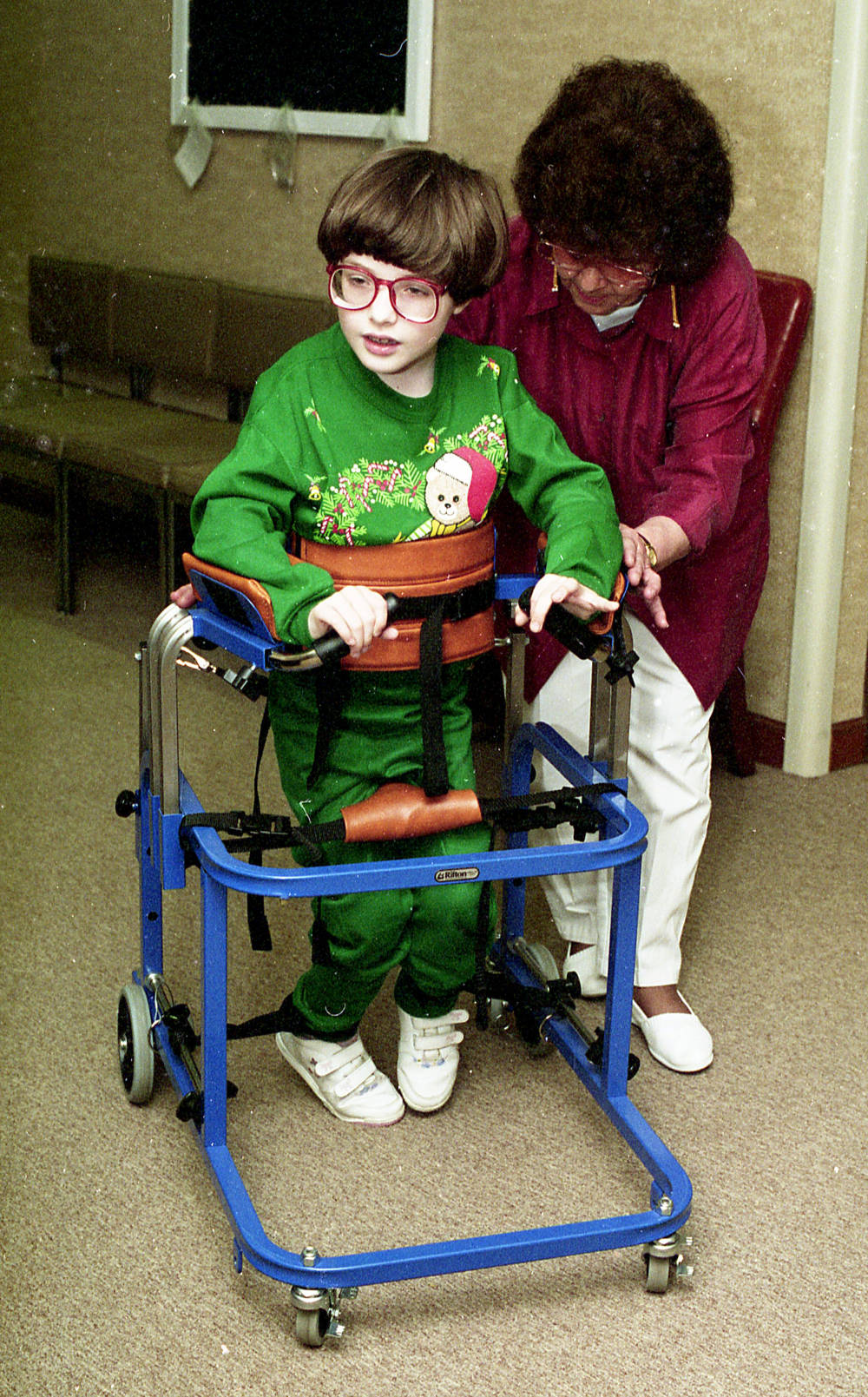 Physical therapist Jane Minner motivates Mallory Sweat, 8, who has been diagnosed with cerebral palsy, to use her walker. (Southeast Missourian archive)

Rogers was inspired by the Jaycees' choice of how to use funds from the horse and promised to do more. Eventually, the cerebral palsy board named the new center in honor of Rogers.

Ground was broken Feb. 19, 1978, when Rogers and singer Dottie West came to Sikeston for the first of two benefit concerts that raised about $75,000 each. Rogers also made other personal contributions toward the project, and recruited Mel Tillis and the Gatlin Brothers to hold benefit concerts for the center.

The state of Missouri donated property adjacent to the New Dawn School for the center.

The Arabian horse named Borraabby, which was shipped to Sikeston to be put up for sale, drew national attention after an Arabian horse magazine picked up on the story. They were intrigued by Rogers' donation and what the proceeds from the horse would be used for.

A magazine writer promoted the sale of the horse through her initial article and subsequent ones, urging readers to "get on the Borraabby bandwagon."

Another Arabian horse enthusiast donated a gelding, and it was later sold for $40,000.

"Little did we know when that horse came to town, what was about to happen," said Nunnelee.

Dennis Ziegenhorn, who helped Nunnelee with recruiting talent for the rodeo, recalls how supportive Rogers was to the center and how impressed he was with Sikeston and the Jaycees.

"He was just really impressed with Sikeston and how we were taking this money we earned from the rodeo and giving it back to the community," said Ziegenhorn.

"He just kept making contributions to the project and doing whatever he could to help us raise money." 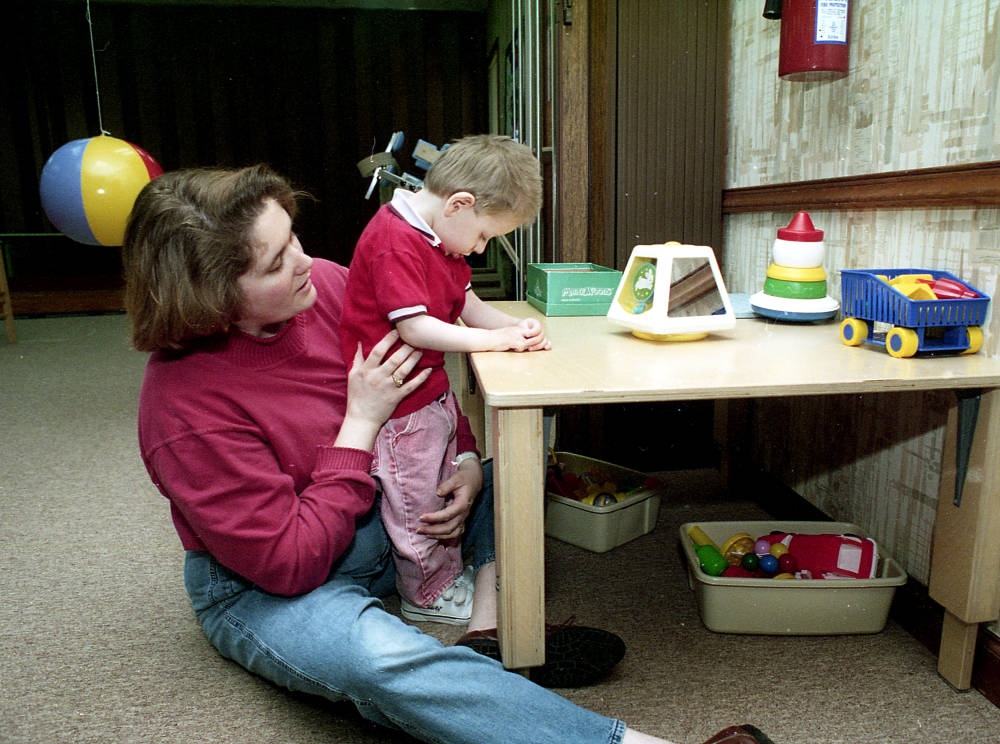 Ziegenhorn pointed out that Rogers even mentioned his efforts in Sikeston one night while appearing on the "Tonight Show" with Johnny Carson.

Bonnie Santos, a physical therapist at the Rogers Center, said the facility is doing well and providing a great service.

Although insurance companies are billed for services provided to children, she said no one is ever turned away for a lack of funds.

"What we provide are physical, occupational and speech therapy services," said Santos.

There is a specialized instruction classroom serving children from birth to 3 and from 3 to 5 who show a 50 percent delay in fine-motor or growth-motor skills or speech.

"We also work a lot on socialization skills and work on social interaction with the students," said Santos.

Monthly wheelchair clinics are held with specialists from St. Louis to decide what children need in the way of equipment.

Besides helping children with cerebral palsy, Santos said the center works with kids who have spina bifida, developmental delays, and who have suffered head injuries or other disorders.

"What we work on in physical therapy," said Santos, "deals with the fact a lot of these children were born without skills that most people have. We help them achieve those skills as they are growing older, trying to make them as independent and functional as they can be.

"If they can't sit up, we help them achieve independence in sitting and progress from that to becoming more mobile."

In occupational therapy, Santos said there is an effort to refine motor skills and strengthen writing skills by putting hands in a functional position with the use of braces so they can grasp objects.

In speech therapy, there is an effort to work on vocalization of different sounds to get to the basics for speech.

Everyone at the center tries to work as a team, Santos said, to insure that children are given every opportunity to progress as much as possible.

"Most of the children love coming here and are so proud of themselves when they reach different levels of accomplishment," said Santos. "I find this to be challenging work, but a lot of fun. Sometimes you really don't see the progress being made right away until you look back and see how far they have come."

The center has a staff of 11, along with a group of volunteers. There are two occupational therapists, one specialized instructor, a speech therapist, two physical therapists, two aides, and two secretaries.

John Chadd, the director, has been at the center for 14 years.

One of the limitations to expanding services, Santos says, is the shortage of qualified therapists.

"It is extremely difficult to find the people we need, and there is just a general shortage of them," said Santos. "And, when you get to rural areas, it just becomes more difficult."

Ongoing funds for the center are raised through an annual telethon. One completed last month brought in $162,000. A walkathon is held each fall to raise money.

"We've got a lot of people involved in keeping the center going strong," said Nunnelee.

Although the center bears his name and he is responsible for more than $350,000 being raised for the project, Rogers has never seen the center. He still does radio and TV spots promoting the telethon.

Some of the board members hope Rogers will return to Sikeston to participate in the dedication of the addition.

"We hope some day to have him come and see what has been done here in Sikeston," said Nunnelee. "But if the man never comes back and never contributes another dime to the center, he's certainly done more than his share."