From the archive: A wet tradition at the corner of Independence and Frederick

Published March 23, 1995, in the Southeast Missourian: 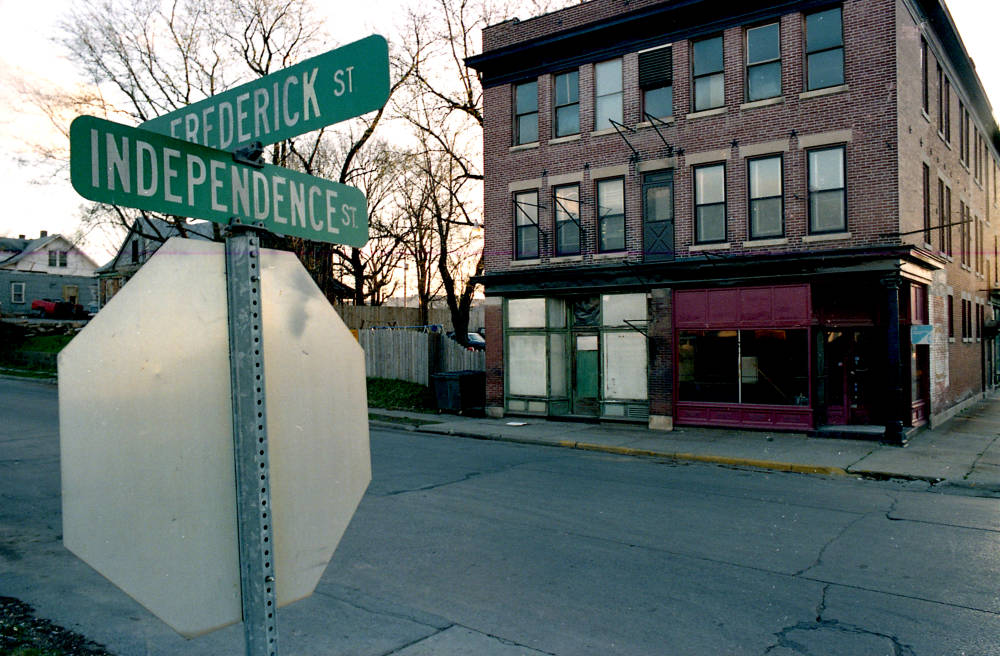 The Central Inn, situated at the corner of Independence and Frederick streets, closed recently. The bar, which first opened in 1910, is the oldest drinking establishment in Cape Girardeau. (Lou Peukert ~ Southeast Missourian archive)

Many customers of the Central Inn were taken by surprise when the longtime Cape Girardeau watering hole failed to open as usual at 6 a.m. Monday.

The tavern at the corner of Independence and Frederick streets was open for business Saturday night, but by Monday morning had been emptied of everything except the front bar.

The business, most recently run by Kendall Clayton of Cape Girardeau, has been in operation as a bar since at least 1910, making it one of the city's oldest drinking establishments.

Though rumors had circulated, the bar's sudden closing caught almost everyone by surprise. When the rear bar was taken out recently, customers were told the ownership was remodeling.

"I'm perplexed myself at the moment," said John Boos, who owns the three-story building and lives above the bar with his family.

He said he has a lease with Clayton, who could not be reached for comment.

The Central Inn may have attracted the most mixed clientele of any bar in the city: blue-collar regulars who had dropped by for a beer after work for many years; college students attracted to the pool table and atmosphere; and the drinkers who showed up with the sun.

Many of the last group were shift workers from hospitals or convenience stores or Biokyowa or Procter & Gamble, says J.J. Stafford, who owned the establishment for seven years before selling it to Clayton in 1993.

"That was their evening time."

Besides drinks, Stafford served only sandwiches and snack food. "We used to have a chili day. Sometimes we made baked beans or black-eyed peas," he said. "It was free."

Stafford, who now lives in Oak Ridge, called the closing of the Central Inn "a sad day."

A local liquor salesman who has been a regular patron of the bar as well says any permanent closure of the Central Inn would be a loss to the community.

He pointed to the closing of neighborhood grocery stores and eateries as factors that have led to a deterioration of the city's social fabric.

"Oftentimes the tavern owner was the strongest person in the neighborhood," he said.

He feels lucky to have seen the bar's heyday.

"A lot of jokes were made about the Central Inn," he said. "But people that do that don't realize from whence it came. That used to be the hub of town."

The upper floors of the Central Inn originally were a rooming house, according to Boos. "It was built like a hotel, with one bathroom at the end of the hall."

Various modifications have been made over the years. Boos said the building allegedly was a house of prostitution during one period of its life.

Known as the Central Bar during the early part of the century, the tavern sold near-beer (2.75 percent alcohol) at the onset of Prohibition. During that time, proprietor Joe Herbst "entertained such large crowds that a double floor had to be placed in the building to keep it from giving way," according to a newspaper report of the day.

He frequently sold out his entire stock of beer and had to close his doors at 6 p.m.

When the U.S. Supreme Court later ruled that even 2.75 beer was too intoxicating, the bar closed, at least temporarily.

Boos said Clayton had told him about some recent financial difficulties.

"He just communicated that to me two weeks ago," he said. "I thought he'd ride through the rough times like all of us."

Boos doesn't know whether another bar is in the building's future. "Once a place takes out you never know what will happen," he said. "It's like a chicken house serving as a dog house next."

Said Stafford, "It is not the Central Inn without a tavern."

The March 1995 announcement of the Central Inn's closing proved premature. By May of that year, the bar reopened under new management -- Debbie Seesing -- and sporting a new name -- the Corner Pub. That operation continued through the end of 2001. Mac's Place opened at that location in 2003 and continued under that name with a several different owners. The space is currently vacant.