From the archive: Safety patrol, 1993

Back when I was attending St. Mary's Grade School, the school's safety patrol was made up only of boys. 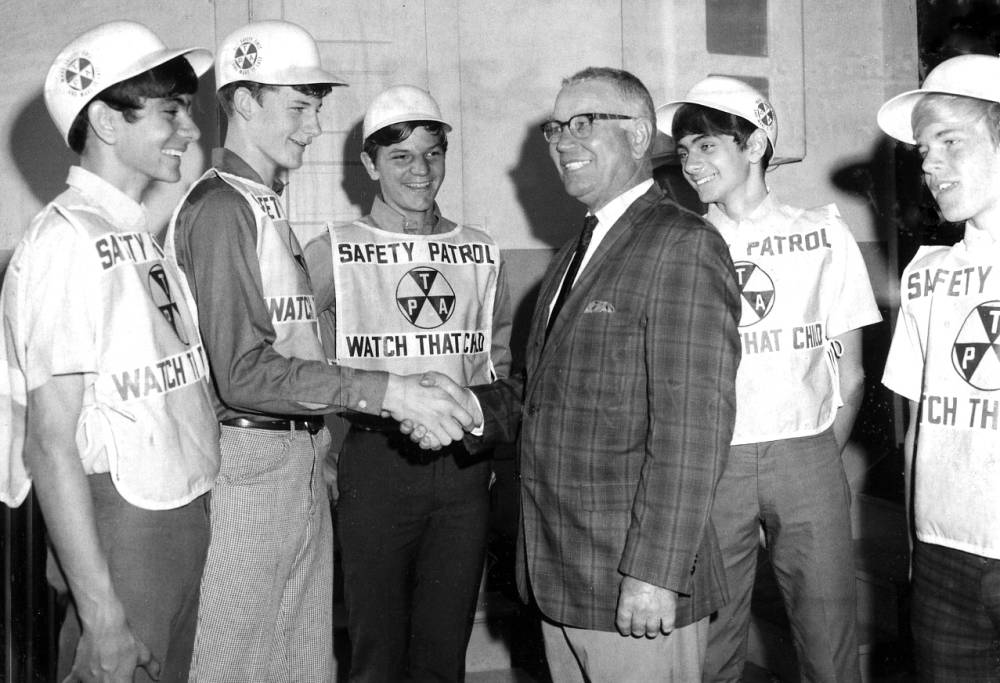 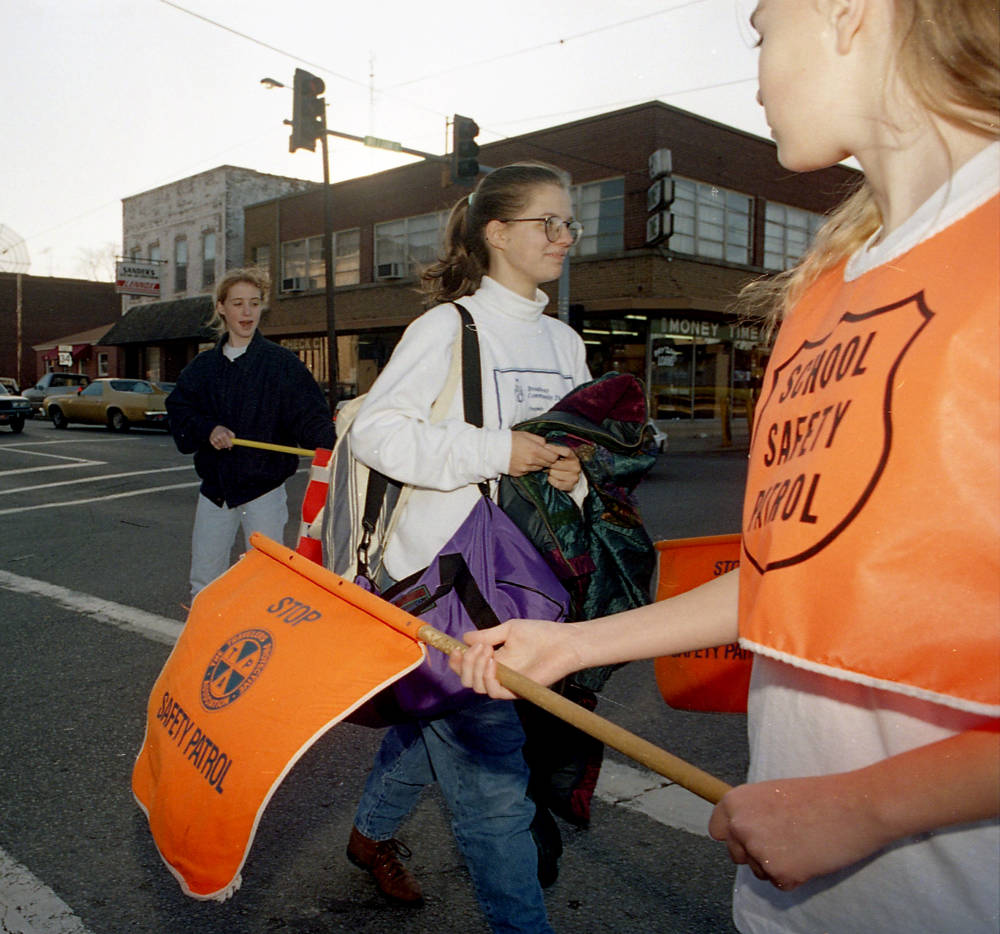 Patrolman Dan Niswonger of the Cape Girardeau Police Department remembers how he wore with pride an orange crossing belt identifying him as a grade-school crossing guard.

"I remember how proud I was to wear that belt, and I guess that really planted the seed that led to my career as a police officer," Niswonger said as he recalled his youth in the early 1960s.

Now a patrolmen in the police department's traffic division, Niswonger each year speaks to crossing guards at Cape Girardeau's public and private schools.

"I always want to emphasize, first of all, how important their job is," he said. "When they're on patrol duty, they are an extension of the police department. They're also representing their school."

Niswonger said he tries to instill in youngsters that it's an honor to be responsible for helping ensure the safety of their classmates.

"I try to build their morale and confidence, which I think is important because these kids are giving up their social time to assist their brothers and sisters and friends," he said. "I also go over proper procedures for crossing and for engaging traffic -- teaching them how to use the equipment they have to protect themselves and those they're directing across the street."

Niswonger said many of the city's neighborhood grade schools are situated on relatively quiet, residential streets where it's sometimes difficult for crossing guards to realize the dangers related to their job. 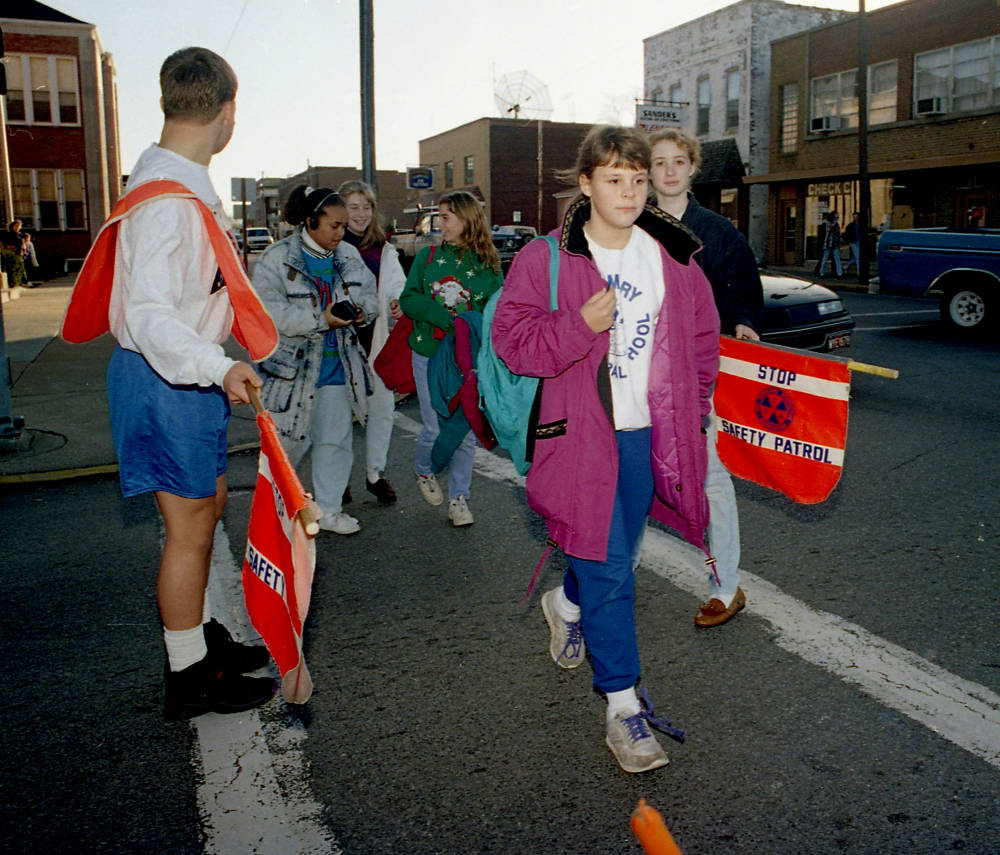 But guards at other schools, such as St. Mary's Catholic School at the corner of William and Sprigg, need no such reminders. Crossing guards at St. Mary's assist students crossing one of the busiest intersections in the eastern part of the city.

"It's really important that the teams of patrol guards watch each other's backs so they can alert one another if there's a driver who maybe doesn't see them," Niswonger said.

But the crossing guards at St. Mary's, all in the eighth grade, don't think about the hazards of their job.

Terry James, 13, said he likes the responsibility. "It's pretty fun," he said. "You get to goof around and tell jokes while you're out here, and you get out of school about 10 minutes early."

But Jessica Hency, 13, said it's not always a joy. "When it's cold, it's not fun," she said on a recent chilly, rain-soaked afternoon.

Although Hency said it's "no big deal" helping classmates across the congested intersection, she has had at least one close call with a friend this year.

"She was going to walk across (William Street), and when I took my first step she was already a step out," Hency said. "A car had to slam on its brakes and skid to keep from hitting her. That was pretty exciting."

James said the "walk" light for pedestrians crossing Sprigg stays lit only for a brief time. Also, northbound cars on Sprigg sometimes fail to look for the crossing guards when turning right at a red light onto William.

"Even when the walk light's on, sometimes cars will turn right when you're crossing somebody," he said. "They sometimes don't see you when you're out in the intersection."

But Brian Hogan, 15, said most of the drivers in the area when school lets out are familiar with the crossing guards and drive cautiously.

Niswonger said he's just happy to be able to encourage kids to take on added responsibilities such as volunteering to be a crossing guard.

"I don't know that they realize how important their job is until somebody like me comes in and tells them," he said. "I think it teaches kids responsibility and the importance of responsibility."

Ha understands why her job's important.

"If they didn't have anybody to guide them across the street, they might get run over," she said.

Hogan smiled and said he's more thankful that the benefit of being a crossing guard comes not from the satisfaction of tackling a big responsibility, but from something more tangible.

"All the crossing guards get to take a trip to St. Louis each spring and see the Cardinals play," he said. 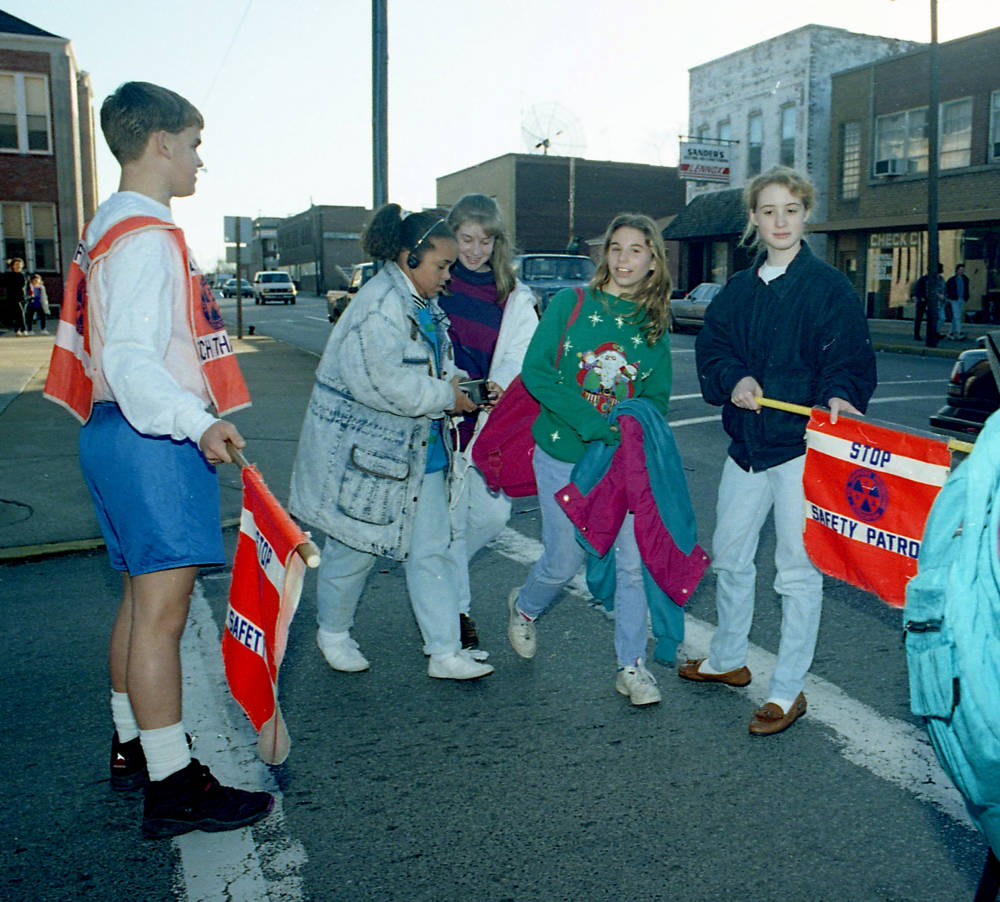