From the archive: Honoring a hero 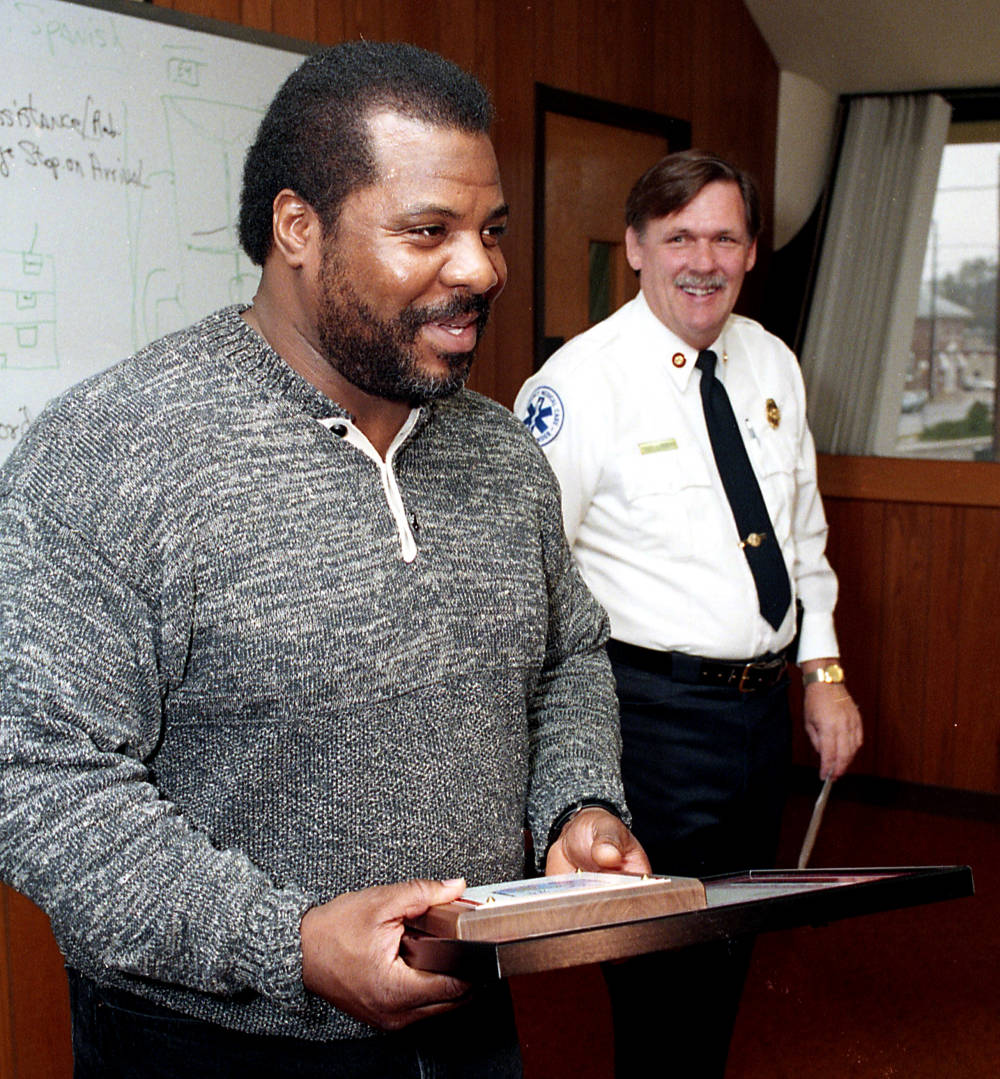 Cape Girardeau firefighter Fred Vincel wasn't the least bit surprised to hear that Stafford Moore would put his life on the line long after he turned in his firefighting gear.

"As a new fireman, I knew that everyone looked up to Stafford," Vincel said. "If anyone would risk their life to save another human being -- even after he left the department -- Stafford would be the one."

Moore, who left the Cape Girardeau Fire Department on Jan. 20, 1986, to become a technician for Procter & Gamble Co., was praised by his former cohorts Tuesday as the recipient of a heroism award.

On Aug. 28, 1994, Moore entered a burning building and rescued the lone resident. who lived just a block away from Moore's house at 414 S. Hanover. The person Moore saved did not require hospitalization.

"My wife told me that there was smoke coming from a house a block away, so I called 911," Moore said. When he reached his neighbor's home, Moore noticed that fire was coming from the front of the house.

Acting on the instincts he developed during his eight-plus years with the Cape Girardeau Fire Department, Moore gained entry into the house. Crawling through thick smoke, he made voice contact with the person and rescued him.

"I just did what anyone would do," said Moore, who appeared uncomfortable standing in front of a television camera and bright lights during Tuesday's press conference held to announce the award.

"Mr. Moore's commitment to this community is exemplified by this rescue, an extraordinary act of heroism," Ridgeway said. "The combination of his previous fire training and high ethical standards shows that he was not afraid to involve himself. For this the Cape Girardeau Fire Department is grateful."

Vincel saw the honor as something important for the community. "It should remind everyone how important it is to get involved when you smell smoke or see fire coming from a building," Vincel said. "A lot of times neighbors tell us they thought someone else made a call. By that time it's too late."

Cape Girardeau firefighter Charles Brawley was trying his best to tell Moore, 41, that it wasn't too late to return to his old post. "Come back, we need you," shouted Brawley after Moore was given the plaque.

"Stafford is the kind of fireman you really appreciate," Brawley said. "But you don't know how much you appreciate him until he's gone. "He was a super firefighter when he was here and he still is. He is also a super human being. He doesn't even like being in the limelight. Stafford let his work do all the talking."

Moore said the decision to leave the fire department was "one of the toughest I've made in my life. But I had to think about the benefits I was going to get at Procter & Gamble and how that would be best for my family."

Said Moore:"There's something about putting your life on the line with another firefighter that makes you close, kind of like brothers. I've met a lot of good people at Procter & Gamble, but I do miss the camaraderie that came with being a fireman. I'll always miss that."