From the archive: Dreams came true for Missourian pressman 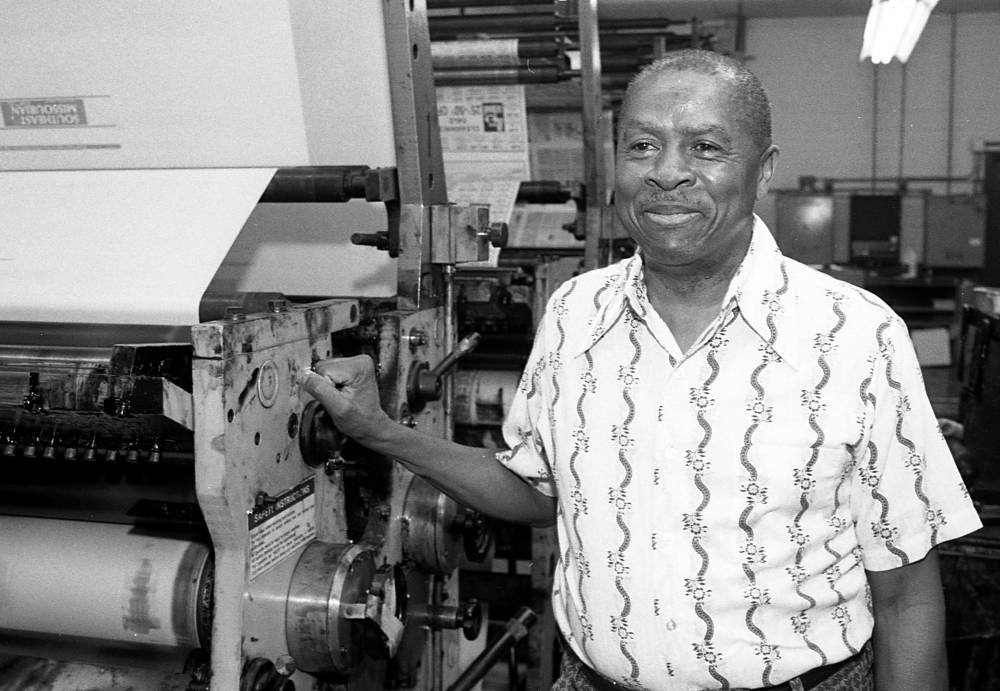 As he mopped the floors and washed the windows of the Southeast Missourian newspaper building, young Walter Wilson dreamed away the spring days of the late 1940s. He dreamed of traveling to places far more exotic than Missouri's Bootheel; he dreamed of a rewarding job; he dreamed of a future as bright with promise as his just-cleaned windows.
What Wilson didn't dream was that he would not only realize his dreams of travel but would be a part of an industry revolutionized by change over a span of more than three decades.
Shortly after graduating from Cape Girardeau's John S. Cobb High School in 1949, Wilson, through the help of his uncle, Charlie Wilson, became a chauffeur for the Naeter brothers, then owners of the Southeast Missourian.
From the driver's seat, Wilson realized one of his dreams – travel. "A trip to Key West, Fla., was an annual event," Wilson recollected during a retirement party this week. "We also made trips to New Orleans and other points south and along the east coast."
Wilson also recalled something typical of the early '50s. "Back then segregation was a way of life," he said. "The most difficult thing about the drive to Florida wasn't the drive itself or finding directions – but finding a bathroom or a restaurant where I could eat in the segregated South."
Wilson remained a part of the Naeter household, particularly at the family's country estate, Boulder Crest, for almost 20 years.
"Those were good years," said Wilson. "I got to know the Naeters – Fred, George, and young Harry. I got to know a little about the Southeast Missourian. Many times during the day I would do some work at the Missourian."
During that time, Wilson acquired not only savvy about the business in which the Naeters were involved, but also acquired his wife, the former Mildred M. Johnson, his high school sweetheart. Now, the dreams that Wilson had as a teenager were transformed into dreams for two.
As he hand-crafted the furniture for their home and his wife finished and stained it, together they planned for a future, which, incidentally, would include five children.
Wilson's first job at the Southeast Missourian came in 1966, following the deaths of Fred and George Naeter. "Harry Naeter had assumed operation of the newspaper, and asked if I would be interested in working there," said Wilson, whose first job was developing film in the newspaper's engraving department.
"I developed film in the morning, worked in the pressroom during the afternoon, and cast flat printing plates in between," he said.
His work eventually became full-time in the pressroom.
"The pressroom foreman at that time requested that I be put in the pressroom full time," said Wilson.
A few years later, in January 1977, Wilson was named foreman of a six-member press crew in charge of care and operation of the big, 48-page press.
"I've watched the newspaper presses go through three major changes, from the hot-metal era to today's modern off-set presses," he said. "I have nothing but good thoughts for the Naeter family and today's Southeast Missourian," said Wilson. "My wife and I have raised seven children – five of our own, a niece and a nephew. All of our children went through college. I've never been sorry that I became a part of the newspaper business."
Wilson's children all have careers.
Mrs. Ruth Jackson attended Southeast Missouri State University and graduated from Brooklyn College. She works for her husband, an electronic engineer, who has a design firm in Houston.
Walter Wilson Jr., a graduate of Southeast, is in hospital equipment sales in Chicago.
Carl Wilson, a graduate of Southeast, is an assistant principal at St. Paul, Minn. He is working on a doctorate degree.
Richard Wilson, a graduate of Southeast, is a special agent with the Navy in Louisiana.
Don Wilson works with Southwestern Bell in California.
Now that he's retired, Wilson, who looks considerably younger than his 62 years, plans to wet some of the fishing gear his children have been giving him over the years."
"I have some great fishing stuff that I never had an opportunity to use," said Wilson. "But I've been practicing my casting, and had a chance to catch a few fish during a recent trip north to visit the children."
One thing's for sure: If Wilson needs to wrap his fish in newspapers, he'll have an adequate supply. 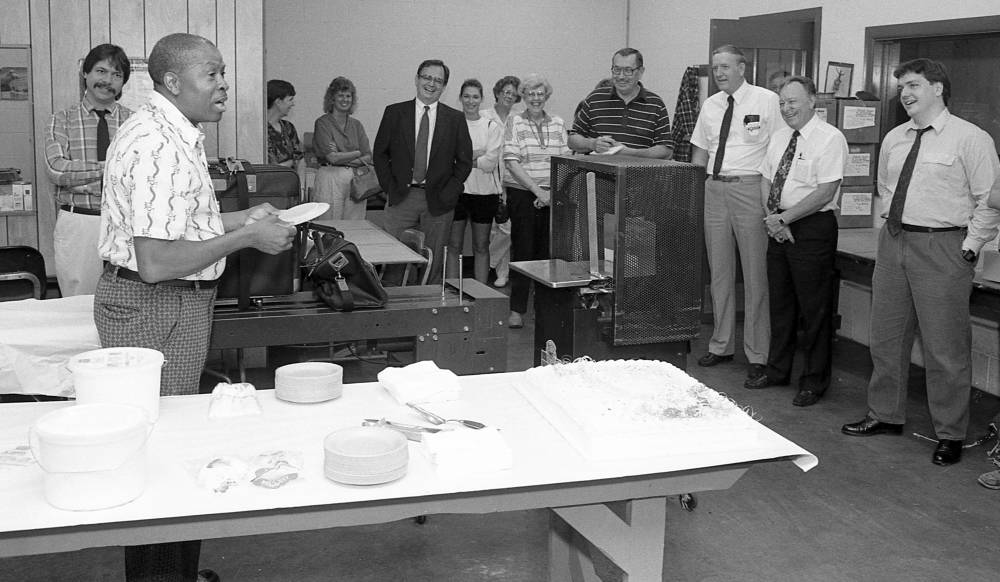