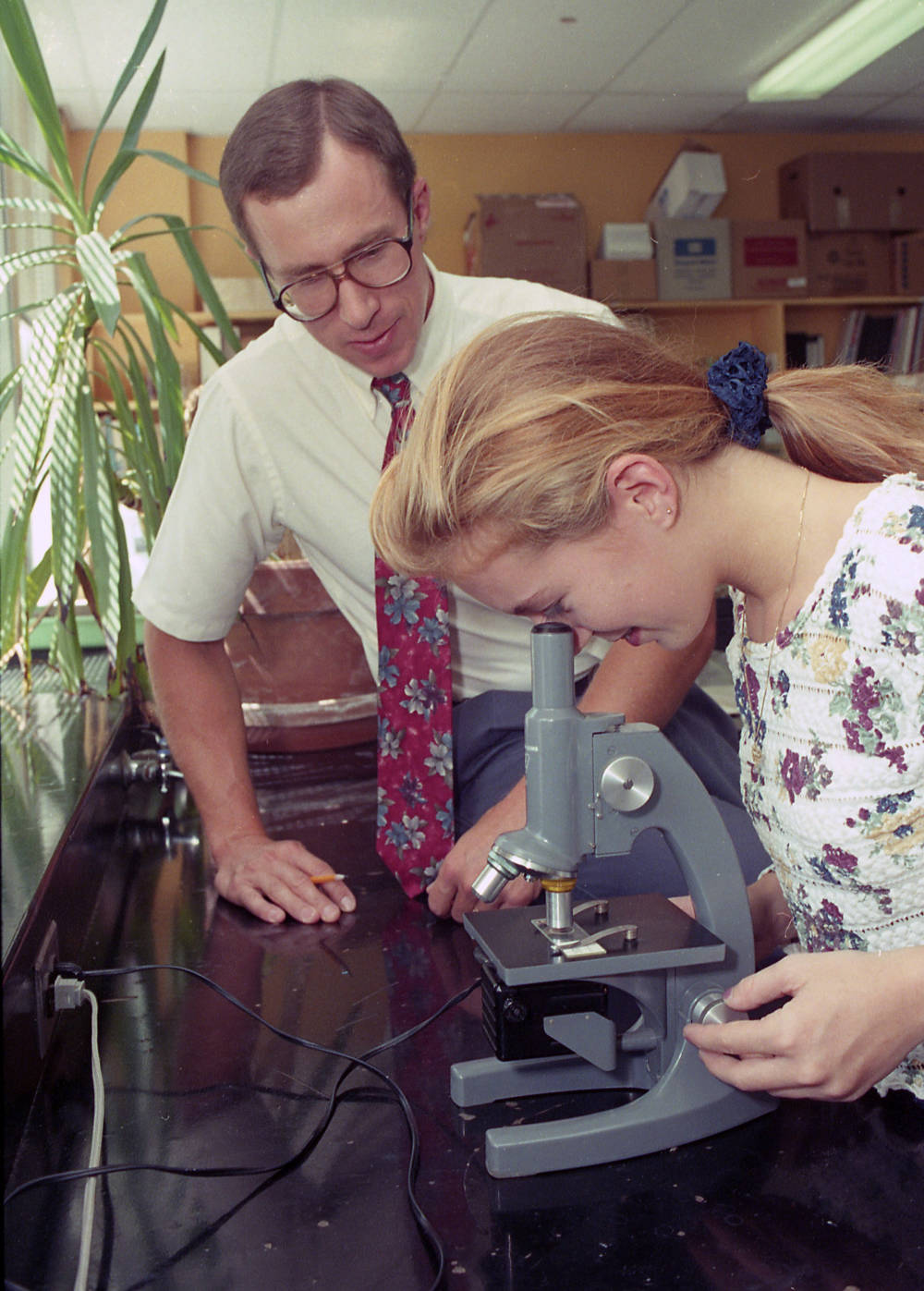 JACKSON -- Mark Goodwin knows teaching can be a dangerous profession. He once was attacked by a python during a biology lecture.
Goodwin has taught biology at Jackson High School for 14 years. Several years ago, a student gave him an 8-foot-long Burmese python, which was pugnacious and prone to bite.
"But I thought I could tame it with careful, frequent handling," he said.
The snake was tamed, at least Goodwin thought. So he brought the snake to class as an attention-getter during a lecture about misconceptions concerning snakes. He told the students that snakes shouldn't be feared.
"At that moment, as if on cue, the python reared back and bit me for all it was worth, right in the chest," he said.
The snake's backward-angled teeth caught in the fabric of his shirt and the python couldn't let go.
"So there I stood, in front of a class of screaming girls and laughing guys, with the jaws of a squirming, 8-foot-long python stuck in my shirt," Goodwin said. "It was a grand scene."
Goodwin wasn't bitten or hurt, but he decided to return the snake to the student.
On more typical days, Goodwin uses writing to teach biology. Students keep journals and write paragraph answers to biology questions. The paragraphs are graded on content and composition.
Early in the school year, students often grumble about using English skills in biology class.
"I explain that the ability to communicate clearly is important in all fields," he said. "They understand my reasoning even if they still don't like it."
Goodwin decided to become a teacher despite reservations.
"I knew I liked working with young people, and I have a sincere interest in biology," he said. "But working with well over 100 teenagers a day, with many not really wanting to be in class, I was uncertain."
He learned that teaching is rewarding when teachers have three things: a desire to teach, a good administration, and a supportive community.
"I've been fortunate to have all three in my corner," he said.
He earned both bachelor's and a master's degrees in education from Southeast Missouri State University. He and his wife, Lisa, have three children, Michael, 12, Jennifer, 11 and Stacy, 7.
He enjoys hunting, fishing, camping, canoing, running, weight lifting, photography, reading and writing.