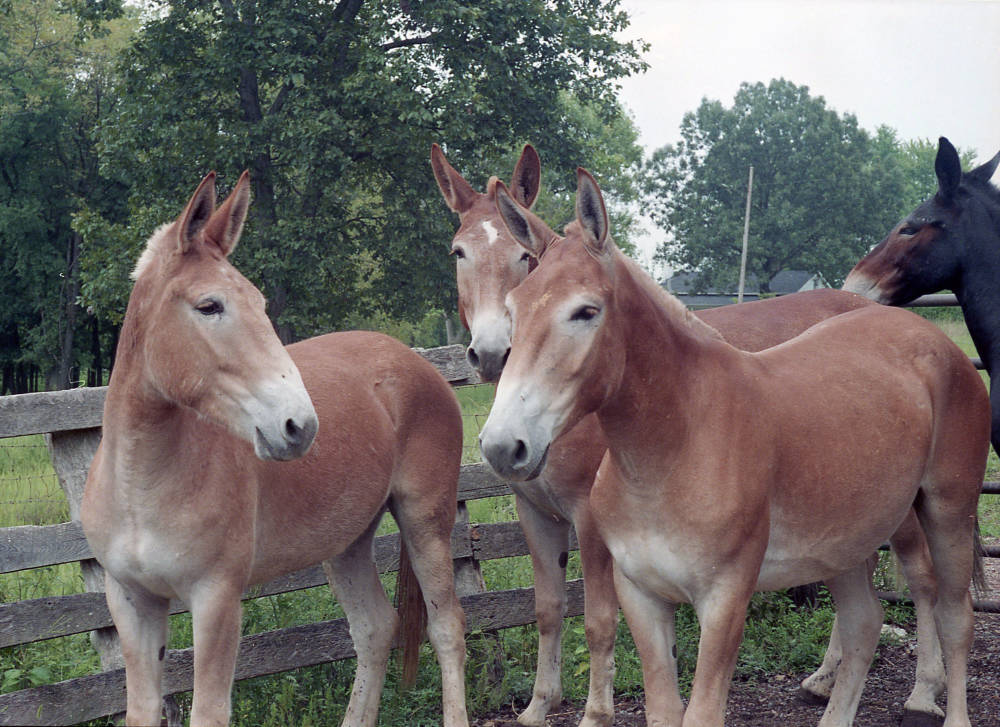 OAK RIDGE -- They aren’t as stubborn as a Missouri Mule, but Pete Miller’s family has been dead-set on raising the animals for three generations.

“My grandfather started this,” said Miller, standing in a corral surrounded by mules. “He raised them even when they weren’t bringing much money.”

Miller said raising mules is a task he has always performed. His grandfather, T.J., and his father, Floyd or “Bud,” spent their lives raising mules. “I just came into it,” he said.

Miller is the third generation to raise mules on some of the same land his grandfather raised his livestock.

These days Miller has about 20 mules on a farm just outside Oak Ridge. He feeds them in the morning and checks on them again in the afternoon, making sure they have water and a little more to eat. 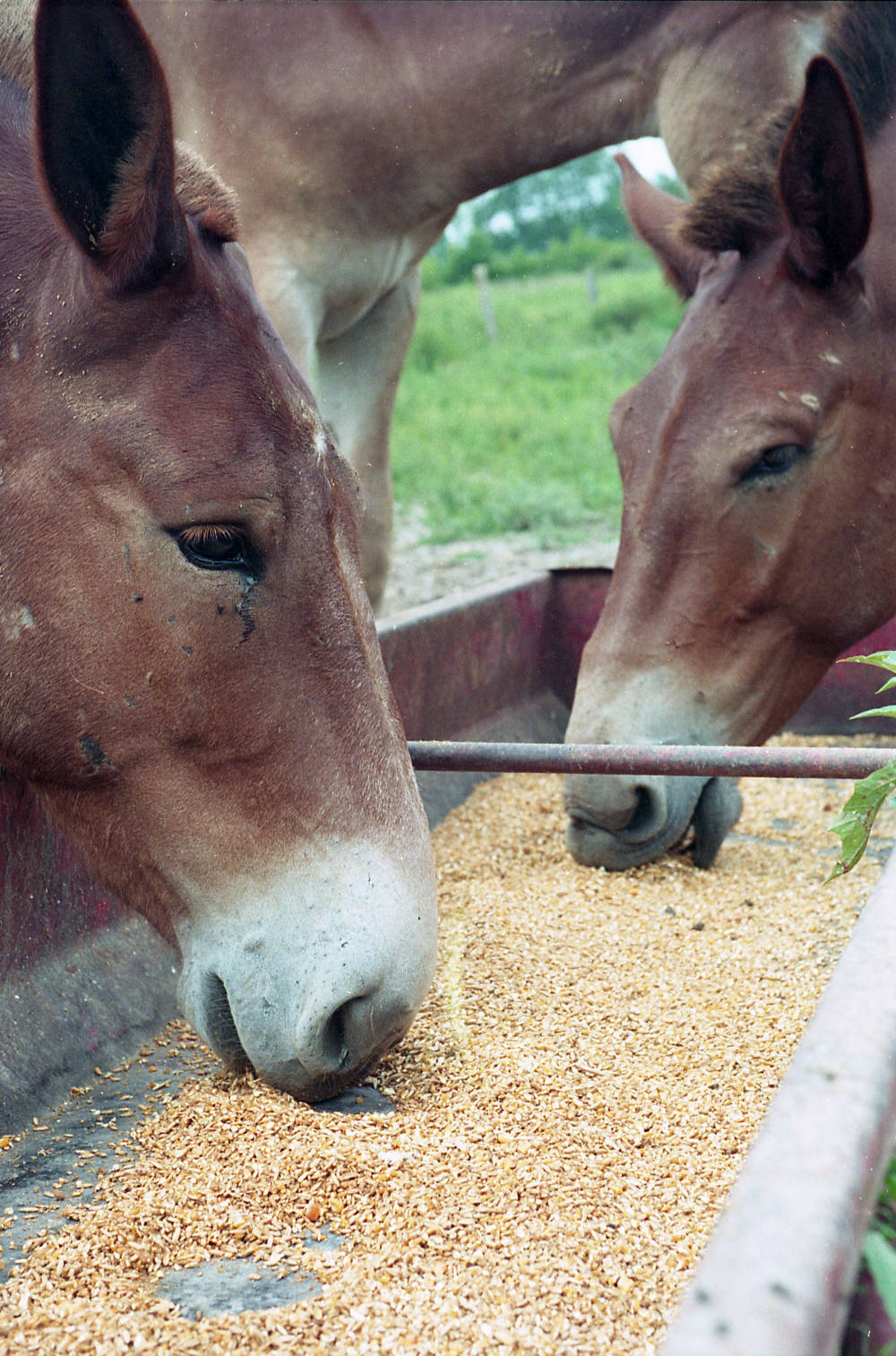 In October, Miller will begin buying more mules to feed and then sell again at livestock auctions, typically in January. By the first of the year, Miller said he can have as man as 75 mules.

Miller said that in January 2-year-old mules are sometimes hauled to livestock auctions in Tennessee. At the Tennessee markets, he said, mules are typically purchased by Amish buyers who transport the Missouri commodity to Amish communities in Pennsylvania and other New England areas.

"They use them for work there," said Miller. "Most mules around here are used for light work or riding."

Miller said a pair of "work" mules would auction for $4,500 in Tennessee. A pair of "riding" mules sell for about half that amount, he said.

Miller said he acquires mules as young colts and feeds them for several months until they are ready for sale. Other mules he raises from birth after breeding a mare and his 10-year-old jack (donkey), he said.

Besides raising the animals for sale, Miller also shows the mules at regional fairs. This week 12 mules from Miller's farm have been in competition at the DuQuoin State Fair in DuQuoin, Illinois. In less than two weeks Miller will have several mules for show at the SEMO District Fair in Cape Girardeau.

"There will be some fine animals over there," said Miller of the SEMO District Fair livestock exhibit. "They are petty to show." 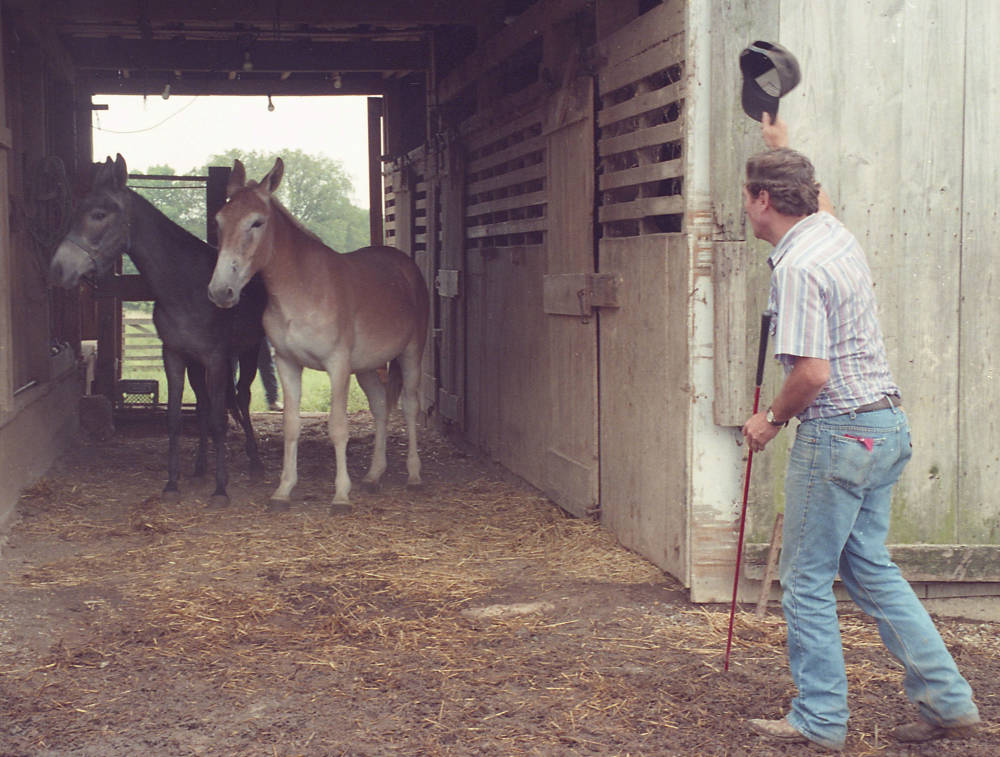 Miller isn't the only one to appreciate the mule's beauty. In fact, a group led by Charles Woodford of Cape Girardeau is pushing to have the Missouri mule named the official state animal.

"The mule has done so many things to contribute to the state, said Woodford, "and other things like the honeybee and nuts have received special recognition. So the mule should be recognized.

Woodford said the Missouri mule opened the state to agricultural production, and aided in the coal and lead mines of the state and still helps loggers in Missouri forests. The mule is worthy of the designation of state animal, he said.

"It should've been done a long time ago," said miller. "For years Missouri has been known for their good mules -- people back east buy them."

"Making it the state animal would be a good deal," he said.

Woodford said the movement to make the Missouri mule the official state animal is backed by the state apparatus of the American Legion and its Ladies Auxiliary. He said a couple of area representatives have expressed interest in sponsoring the appropriate legislation.

"After talking to Missouri's citizens -- and they understand that we're serious about this -- we have nothing but 100% positive reaction," said Woodford. "After all, when you think of Missouri, what comes to mind? Mules."

The Missouri General Assembly won't be able to consider a proposal to have the mule become the state's official animal until it convenes of another session in January, when Miller is selling his Missouri commodity to Tennessee. 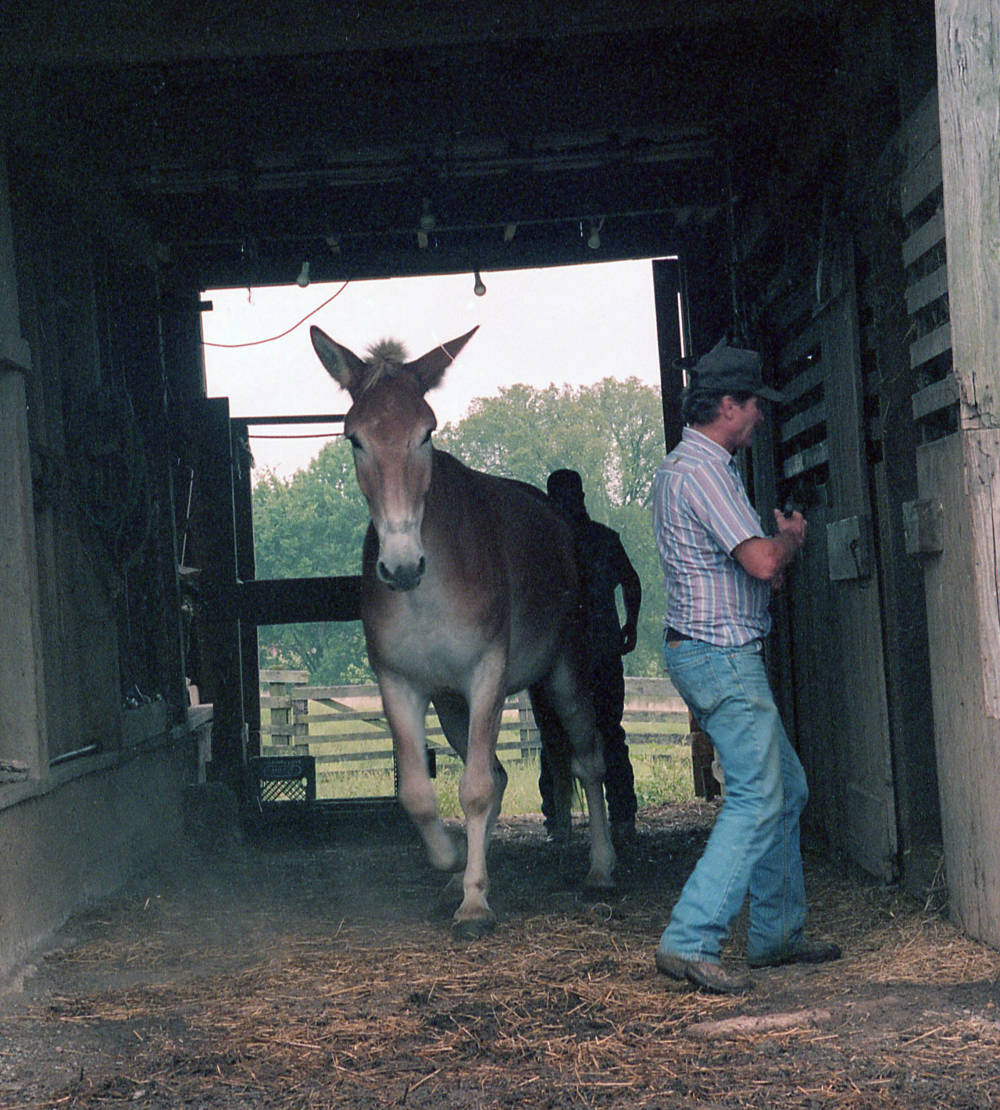 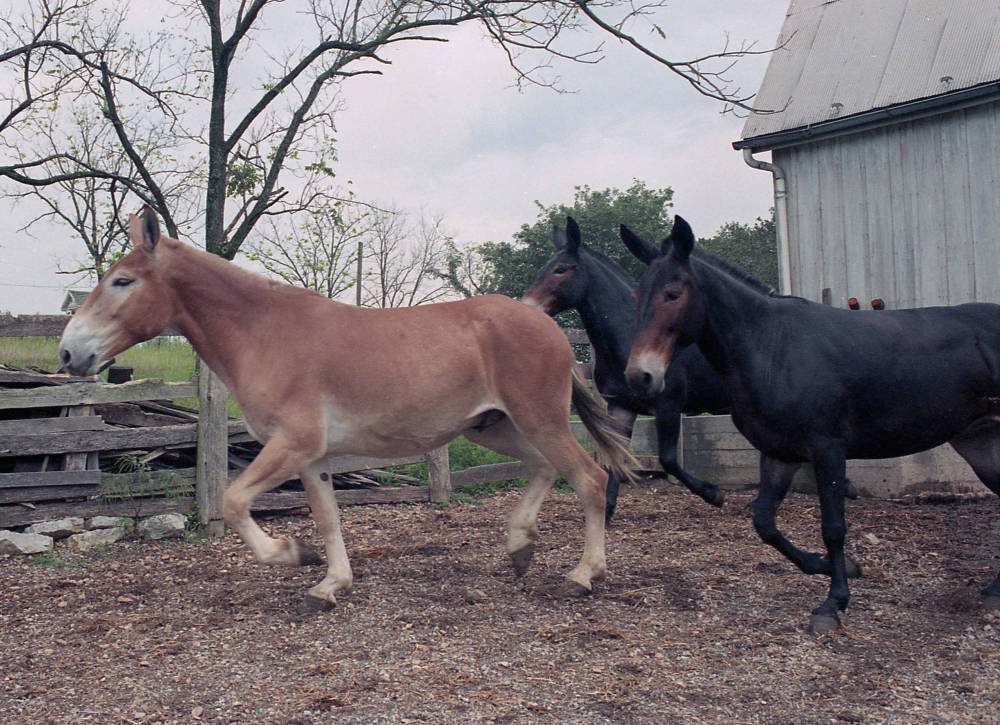 Gov. Mel Carnahan signed a bill on May 31, 1995, naming the Missouri mule the official state animal.