Years and years ago, I'm guessing when I was in eighth grade or a freshman in high school, I remember going on a tour of Kent Library on the campus of Southeast Missouri State University.

I remember being impressed by Jake Wells' magnificent mural overlooking the front lobby of the library, the shelves of books that seemed to go on forever, and G. Owen Bonawit's stained glass panels. But, bibliophile that I am, what impressed me the most on that tour was the rare book room.

Here was a space with state-of-the art atmospheric controls for the preservation of books. Now, that's remarkable.

We learned on that tour that the rare book room had been made possible by the generosity of a Cape Girardeau businessman named Charles L. Harrison. I was reminded of that tour and of Harrison's gift to the university, when I spotted his obituary in the March 9, 1944, Southeast Missourian. 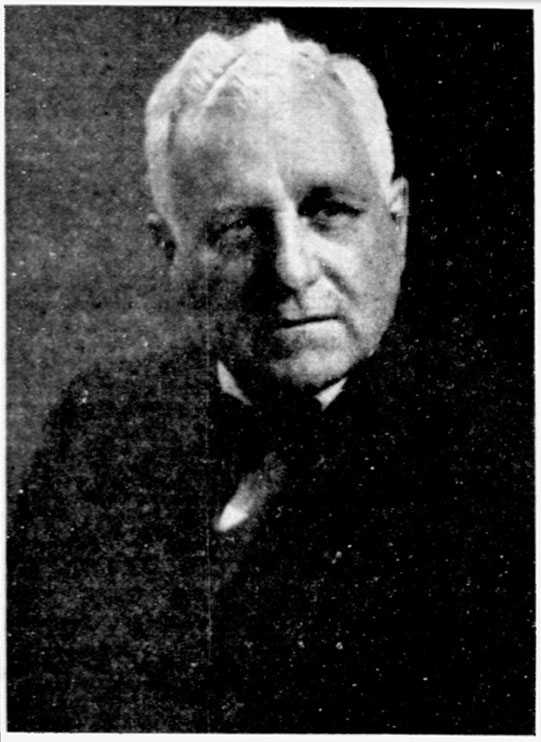 Charles L. Harrison, president of Harrison Securities, Inc., and for many years one of Cape Girardeau's outstanding civic and church leaders, died unexpectedly at 8:45 a.m. today at St. Anthony's Hospital in St.. Louis.

Mr. Harrison had been suffering with a kidney ailment, but his condition had not been considered serious. He was active in his office until Tuesday when he went to St. Louis to undergo the operation. He passed away shortly after the operation. Mrs. Harrison was with him at the end.

A brother, Robert D. Harrison and his wife, went to St. Louis this forenoon to accompany Mrs. C.L. Harrison back home tonight.

Tentative arrangements provide for funeral services to be held at 9:30 o'clock Saturday morning at St. Vincent's Catholic Church. The Rev. Thomas J. Murphy, C.M., pastor, will have charge of the rites.

Relatives were seeking to get into communication with a son, Lt. Col. William H. Harrison, who is attached to the headquarters staff of the U.S. Third Army, and is now thought to be at an eastern Army base.

Charles L Harrison was a son of the late Mr. and Mrs. William H. Harrison, who for nearly two decades were also prominently identified with community activities in Cape Girardeau.

Born Nov. 20, 1883, at Columbus, Ohio, he attended the public schools and was graduated from high school there. The family later moved to Toledo, Ohio. His father came to Southeast Missouri in 1898, and the family moved here in 1900, Mr. Harrison attending and graduating from the Old Normal School here.

He first went to work in his father's timber interests at Morehouse. He started at the bottom of the business, accompanying timber cruisers into the forested sections of Southeast Missouri, and became a timber expert. Later he was placed in the office of Himmelberger-Harrison Lumber Co. at Morehouse, which was founded by Mr. Harrison's father and the late John H. Himmelberger. He served for several years as the firm's secretary and later became sales manager.

In 1907 the firm erected the H.-H. Building here and the company's executive offices, which had previously been moved to a building on Main Street, were the first to occupy the new office structure.

The Harrison interests acquired the cement plant, then known as the Cape Girardeau Portland Cement Co., and operated it as a growing enterprise until its sale to the Marquette company in the early 1920s.

Prominently identified with major community activities in Cape Girardeau and exerting personal leadership in many of them, Mr. Harrison was generally credited with being as responsible as any other one man for construction of the traffic bridge across the Mississippi River. He became president of the Cape Girardeau Bridge Co., when it was formed.

He also was president of the Cape Girardeau Hotel Co. which erected the Hotel Marquette. For several years he was chairman of the board of the old Sturdivant Bank.

He was one of the leaders in the effort to secure extension of the Missouri Pacific Railroad here from Illmo, and was active in the fairly recent campaign resulting in the erection of the addition to St. Francis Hospital.

Mr. Harrison was an active member of St. Vincent's Catholic Church and of the St. Vincent's Council, Knights of Columbus. He was secretary of the Columbus Club Association, the group formed to sponsor erection of the Knights of Columbus Building here. He had been a member of the Cape Girardeau County Club since its organization, and had been active in the past years as a member of the Rotary Club and of the advisory board of the local Salvation Army corps.

One of his greatest interests was the Cape Girardeau Public Library. He was particularly active in the movement bring about its erection and had been secretary of the library board since its formation. He was a recognized connoisseur of good books and himself maintained an enviable private library, the result of many years of thoughtful collecting of literary gems. His great interest in books and other good literature was reflected in the expansion of the Public Library to its present community status.

To him and a few others was attributed the fact that library service was maintained during the dark days of World War I. He was a member of the board in 1916 and had served continuously since, being appointed to the new library board in 1921. He helped design and erect the present building, which was placed in use June 16, 1922.

Mr. Harrison was chairman of the Cape County Office of Civilian Defense and had taken a very great interest in the home front participation of the local public in the activities this organization sponsored.

He had for many years been a member of the Chamber of Commerce, and had served on the board of directors.

Mr. Harrison was married to Miss Maude Rozier, a daughter of the late Mr. and Mrs. Henry L. Rozier of Ste. Genevieve. His father died in 1921 and his mother succumbed in 1920.

Shortly after his death, Charles L. Harrison's will was probated. Among personal bequests, Harrison willed his personal library to the State College Board of Regents. Those books formed the nucleus of the collection now housed at Kent Library in the rare book room.

Published March 13, 1944, in the Southeast Missourian:

Bequest Provided in C.L. Harrison Will.

The will of Charles L. Harrison, who died March 9, which has been placed on file in Common Pleas Court for probate, bequests his personal library to the Board of Regents for use at State College, and makes various bequests to members of his family.

The personal library, which includes various rare and valuable books, was given the college with certain provisions, which included that Mrs. Harrison be permitted to retain the library for five years from time of his death, that the volumes be kept intact and in protective cases, that it not be sold as long as the college exists, and that it be known as "The Charles L. Harrison Library."

Beyond certain specific bequests the will leaves the remainder of the estate to Mrs. Harrison and their three children, the two sons and the daughter, Miss Rosalia Harrison.

It was directed that a farm on Highway 61 and livestock there be sold. The will states that his brothers, A.W. Harrison and R.D. Harrison, be given first option to buy his interest in business enterprises, and bequests to them the contents of his office in The Missourian Building.

Mr. Harrison directed through the will that his sons purchase or set aside certain securities to provide an annual income to be used each Easter to decorate the altar at St. Vincent's Catholic Church, of which he was a member.

The will was written in long hand on four pages of paper, and was penned on both sides of three of the sheets. It was carefully written and was signed "affectionately and humbly."

The history of Southeast Missouri State University -- "Normal to University: A Century of Service" by Arthur B. Mattingly, c. 1979 -- points out that the collection consisted of around 700 volumes. The book says: "In the old Kent Library, the books were shelved and locked in glass cases in the southwest corner of the main reading room. In October, 1946, the College held an open house in Kent Library to formally present the Harrison Library to the public."

The collection was moved to its current home in the rare book room of Kent Library, when it was completed in 1968.