Last week's blog featured a story about a motion picture showing in 1924 that raised money for the Nancy Hunter Chapter of the Daughters of the American Revolution.

Along with the movies, the DAR ladies typed up their families' Patriot stories, and they were published in two issues for the Southeast Missourian. This blog continues those family histories, courtesy of such prominent Cape Girardeau women as Amy Kimmel, Mrs. R.B. Oliver and Mrs. Louis Houck.

GIRARDEANS WRITE OF EARLY EXPERIENCES OF FORE-FATHERS IN THIS COUNTRY...

In 1769, one Herman Husbands of Orange County, North Carolina, being elected to a seat in the Legislation body, went down to assume his duties. Being a patriot and the governor a Royalist, he was not allowed his seat.

Returning to his mountain home and reporting, his constituents said they would seat him. All started back to the Capital. The governor, expecting this, sent out a company of men to meet the patriots. They met on the banks of the Alamance, where was shed the first blood of the Revolution, long before Bunker Hill and Concord. Husbands was seated. 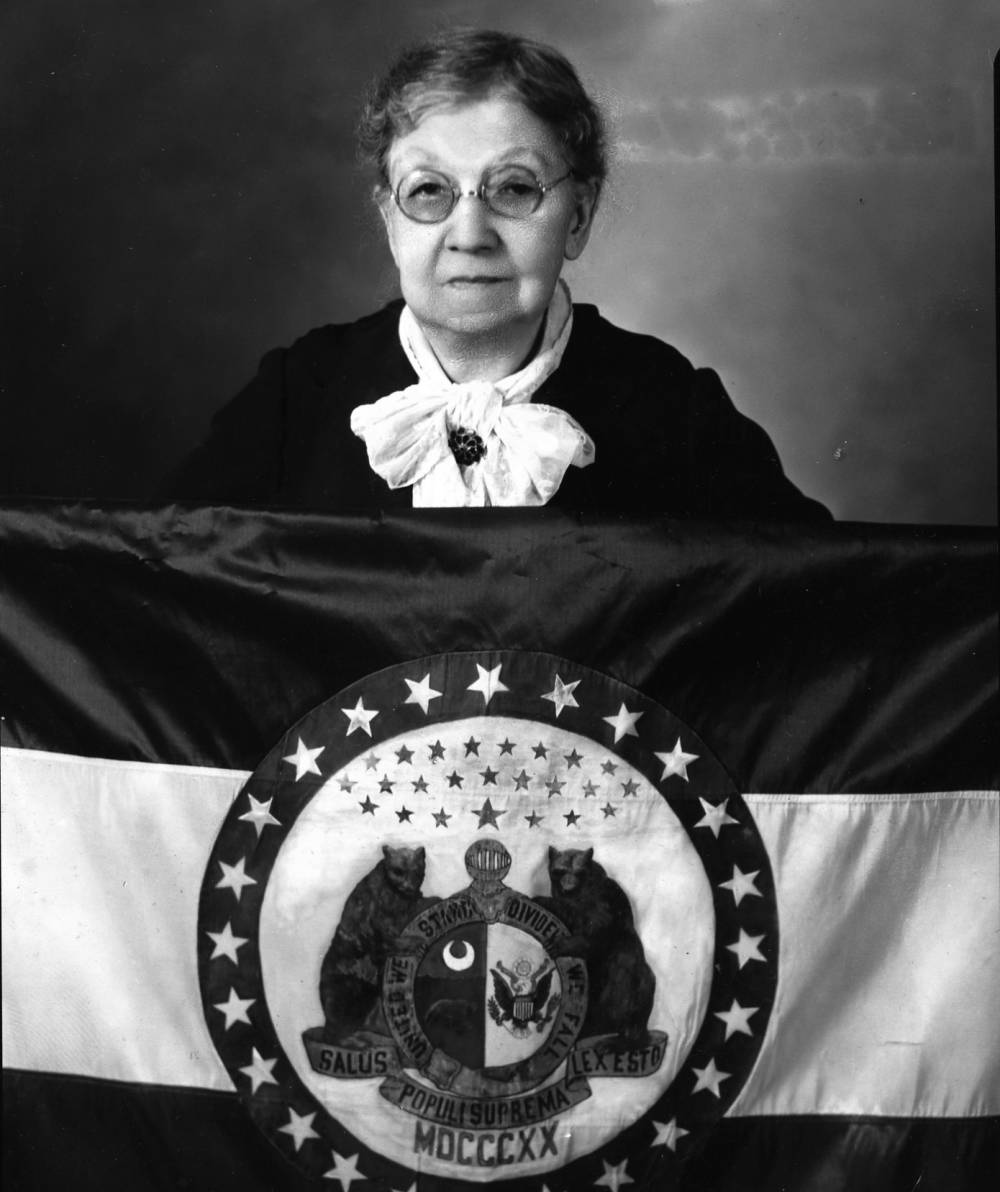 The very first railroad built in this state was built prior to February 1853, by James R. Allen and his nephew, Charles Allen Watkins, both of Ray County.

They were the owners of a large four-story brick flouring mill and an attached sawmill, situated at the foot of the hills in Ray County, Missouri, about one-half mile from the present station of Henrietta, on the Wabash railroad.

This mill-site, with the village about it, was called Farmville, in honor of the county-seat of Prince Edward County, Virginia, from which county James R. Allen migrated about 1820 and Charles A. Watkins about 1849.

The station, or town, of Henrietta, named for the wife of Charles A. Watkins is immediately opposite and four miles north of Lexington, Lafayette County.

It is therefore interesting to note that in 1853 the General Assembly of Missouri in recognition of the public service of these pioneer and progressive citizens passed the following statute:

"An Act in relation to Farmville Railroad in Ray County. Whereas, James R. Allen of Ray County, Missouri, has constructed at his own expense a railroad from the north bank of the Missouri River, nearly opposite Lexington, across the river bottom to the highlands in said county, a distance of about four and a half miles which is now in full operation; and, whereas, it is desired that said railroad should have the same legal protection from injuries extended to other similar works; now therefore, be it enacted by the General Assembly of the State of Missouri, as follows."

The Act then provides punishment for obstructing, trespassing or otherwise injuring or interfering with the railroad.

This is the first railroad transportation company that the records show was ever constructed in the State of Missouri.

It was used daily for many years.

The right of way was afterwards taken over by the Old North Missouri Railroad Company and later passed into the hands of the Wabash.

James R. Allen was the son, and Charles A. Watkins the grandson of Col. Charles Allen of Virginia, the Revolutionary ancestor of several of our DAR members.

The party was given in honor of the first wheat crop that was raised in the fall of 1783. When the wheat was ripe it was cut with a reap hook, threshed with a flail, ground on a hand mill and bolted on a gauze handkerchief.

The handkerchief was brought from Pennsylvania by Mrs. Martha Hunter Downe, wife of Capt. John Downe.

The flour they made was shortened with raccoon fat, made into a cake and baked on a skillet.

The elite of the town were invited to feast upon a real flour cake. After the feast came a dance that lasted all night.

Among the pioneers of territorial days who came to what is now Cape Girardeau County, was the family of Dr. Joel Pace Nunn, of Henry County, Virginia. They settled several miles southwest of Cape Girardeau, where they lived, died and are buried, Mrs. Nunn living to be over 90 years of age. A son of Dr. Joel Pace Nunn and his wife Sally Clark Nun, intermarried into the family of Mr. Alexander Miller, another pioneer.

It was from this Mrs. John Nunn at the age of 79 years, that I heard the following incident of the Revolutionary War, as she had heard it from the elder Mrs. Nunn in her reminiscences to her descendants. Gen. (Banastre) Tarleton, the notorious and cruel colonel of the English Dragoons came to her father's house on one occasion and demanded food for man and beast. After being served with the best that could be afforded, Tarleton decided to take the father Mr. Clark away as prisoner to prevent information of his raid, which was secret.

Tarleton's treatment of his prisoners was well known to end either in shooting or hanging; after tears and entreaties from the family, he decided to leave him if he would furnish him amusement by dancing. The cruelty of this demand was evident as Mr. Clark was an old man and badly crippled with rheumatism, but he was ordered to dance and dance he did until he fell down from exhaustion and pain.

We'll have more family tales in next week's blog.