The morning after Thanksgiving Day, volunteer firefighters were called to the 101-year-old structure, only to find it "fully engulfed in smoke and flames." Little could be done, but watch the chapel and its companion 12-year-old education center surrender to the flames.

In the days that followed, there was speculation that the fire was intentionally set. But the more the evidence was examined, the less likely arson was considered the cause. In the end, the source of the blaze was never proven. 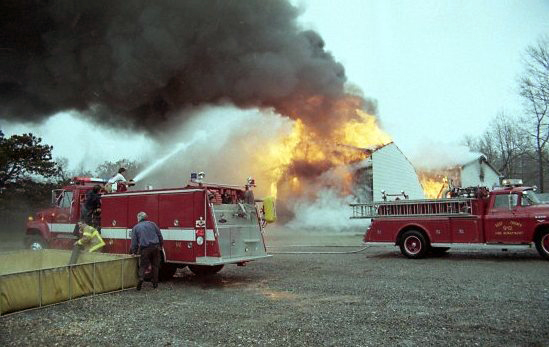 By JAY EASTLICK
Southeast Missourian staff writer
A bit of Cape Girardeau history went up in flames Friday as the Hobbs Chapel United Methodist Church burned to the ground.
The blaze was reported to the East County Fire Department around 9 a.m., but when the volunteer firefighters arrived, the church and adjoining education center were fully engulfed in smoke and flames.
"The old part of the building was just like a tinder box," said East County Fire Chief Jim Hanks. "It was through the roof before we even got involved.
"We had the fire in control within about an hour, but it was just too far gone when we got the call."
By 2 p.m., the 101-year-old church was a smoldering ruin. The west wall of the education center, added to the main structure about 12 years ago, remained intact, but the interior of the building was gutted.
"The way it was burning, we couldn't go inside. We had to use an exterior attack," Hanks said. "The biggest problem we had was the weakness of the structure as it burned.
"Also, we knew there was a bell tower in the center of the structure, and we couldn't go in the building if that thing was going to come crashing down." 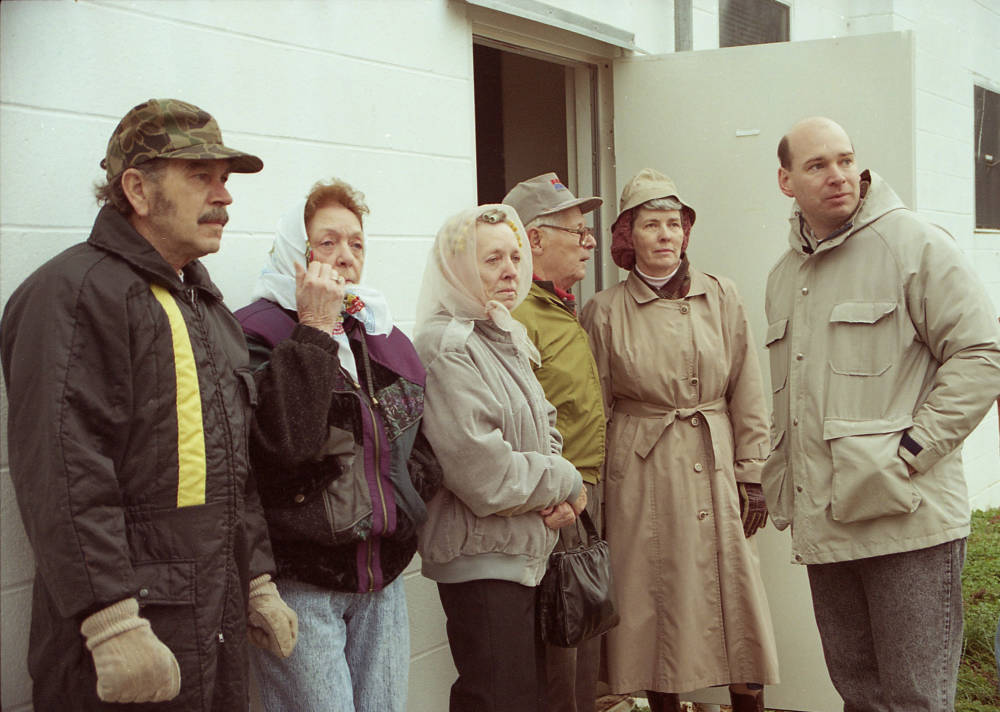 The Rev. David Stewart, pastor of the church, said the loss was a hard blow for the congregation to bear. About two dozen church members stood by while the building burned Friday.
"This has devastated a lot of folks," Stewart said. "The education building was built by the congregation 12 years ago, and the original church was built by members 101 years ago.
"There are a lot of people whose family members have been baptized here and now are buried in the cemetery. There's a lot of history in that building."
Martha Bertrand, a member of the church since she was a child, pointed to the blazing church where she, her children and her grandchildren were baptized.
"It's been here 100 years, then you watch it go up in smoke," she said. "It's a whole life of memories."
Jenny Angle has been a member of Hobbs Chapel since she was 8 years old. Her parents and brothers are buried in the cemetery, and her husband, Joe, summons the congregation each Sunday by ringing the bell that hung from the base of the steeple.
Angle tearfully recalled the sense of triumph the congregation shared after "beating" this summer's flood, which closed off access to the church for two weeks and for eight more added 45 minutes to the drive.
"Things have to get better," Angle said, while wiping reddened eyes. "It can't get any worse. We've been through a lot over the years, but we've never had anything this hard before."
But Stewart said the congregation's reaction to the inconvenience of the flood bolsters his faith in them to pull through.
"We've overcome that, and they'll overcome this," he said. "These are hardy folks."
Stewart said church services will be held Sunday in the activity center, which is situated across the lane from the burned church and was unaffected by the fire.
"I think we'll probably have a prayer service tonight and try to see where God wants us to go now," he added. "I'm sure the congregation will want to rebuild."
Hanks said the fire started on the northeast side of the building. He said it's too early to say how the blaze started. A fire marshal from West Plains was en route to the scene Friday afternoon to investigate.
Hanks said 24 firefighters worked to bring the blaze under control. Six water-tanker trucks shuttled water to the scene, battling hazardous road conditions.
"It was slick going to the station," Hanks said. "When we got here, the sleet had dropped on the roads, and then the snow came."
Although the structure was a complete loss, Hanks said firefighters were able to save some of the church's files that were stored in the education center.
"The good thing is there was nobody in the church, and nobody got hurt," Hanks said. "This is material. It's a loss, but I'd rather have pictures of a burned building on the front page than a picture of somebody who was hurt or killed."

Hobbs Chapel was started in 1890. The church was constructed in 1892 on land donated to the congregation by the Edmond Hobbs family. According to notes in the Missourian library, the chapel was in continuous use from its completion until the fire in 1993.

For the next three years, the congregation held worship services in its activity building, while plans were made to build a new church. That edifice was consecrated in June 1996.