This next article dealing with the legacy of Judge I.R. Kelso examines his attitudes toward the acquisition of property for future development.

It takes another look at the controversial purchase of the land that today is Capaha Park. 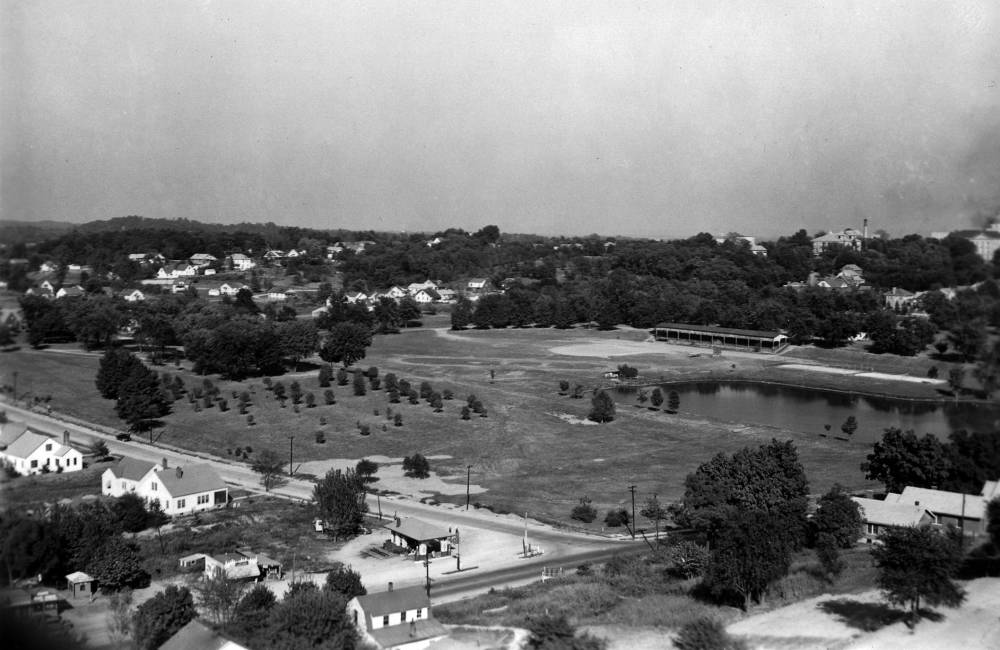 Mr. (I.R.) Kelso had a number of traits that were noticeable in Mr. (Louis) Houck. Mr. Houck would occasionally fix up some of his rentable property, but he was never known to set a man out because of non-payment of rent. Also he never argued over the monthly rental, it was said. And he was never known to sue a man for rent, or probably anything else. Also it cannot be recalled that he ever sold a piece of property.

Mr. Kelso had the same trait. When he bought a piece of property he would send for the late "Tony" Haas and order the place fixed up. "Tony" always did a complete job. Eventually Mr. Kelso would rent or lease it and often when the rent was not forthcoming he would order the place vacated, and that was about all. He was a man of unlimited patience and if he ever got excited about anything -- even an election -- he didn't show it much. He was always calm and deliberate, especially in a court room or under tense strain.

Evidently this unusual trait served him well when he sat in meetings of utility and banking magnates, because it was agreed that he never failed to get what he demanded. Consequently he was able, it seems, to buy property and spend money without apparent concern.

When it was reported that the government would erect a new federal building in Cape Girardeau and then when the late Julien N. Friant suggested it be built on what was known as the "May Greene property," directly south of the present federal building, excepting for a small lot between the two, Mr. Kelso became so elated that he watched for an opportunity to acquire the said vacant lot.

"What do you expect to do with the lot?" Mr. Kelso was asked by a reporter. "I don't know, but it may be needed some time and I want it to be available," was the reply.

Within the past year a foreign finance company asked for a price on it, because of its favorable position. "It is not for sale," was the response.

In as much as considerable unfavorable general comment was occasioned not long ago because some Cape County property was sold without due public notice, and as Mr. Kelso's main activity in recent years was to prevent the city of Cape Girardeau from trading away its most valuable public property for a song (the Common Pleas Courthouse -- Sharon), the following comment on a local project is apropos:

An editorial in this newspaper on June 30, 1919, contained the following statement from the late Alex C. Vasterling, then an insurance man and one of the most respected and progressive citizens:

"By all means urge the directors who are purchasing the land for Cape Rock Park to make the deed so that under no circumstances in the future can the property be diverted to private use. Point out how the Fairground Park property was taken from the people and sold back to them."

Fairground Park, embracing 40 acres, which is now officially named "Capaha Park," was sold to the Cape Girardeau Fair Association by the late Col. Robert Sturdivant to be used forever as a fairground and public meeting place for the people of the district. The price was $2,500, although he valued it a $8,000, the records show. Another stipulation was that the Fair Association should pay for the land when it had the money. Col. Sturdivant loved horses, therefore he was greatly interested in the annual fair. He also encouraged similar meetings of the public at different times and contributed liberally toward the buildings placed on the property.

When the land was acquired the Fair Association was incorporated and stock was sold at $10 per share. A large number of citizens bought it, but whether a payment was made on the property is not known. Finally when the fair became financially defunct a few stockholders began buying up the stock at 10 cents on the dollar, claiming that while it wasn't worth anything it was necessary to take (the stock) up so the property could be passed on to the city.

When the matter was taken in court by the small group, which included the mayor of the city and other political "lights," the late Judge Robert G. Ranney ruled in Common Pleas Court that the sales contract was so vague he was unable to stop the proposed sale but he condemned the procedure. Mr. Houck, Mr. David A. Glenn, president of the Fair Association from the beginning and a liberal financial supporter of it, but pleaded with the voters not to favor the scheme. Mr. Glenn declared he would not sell his stock to anyone, and contended the city owned it, because the deed provided that it should forever be used for public purposes.

As usual the people had no one to get out in the affray and defend the interest of the community, while the stock-owners went the limit in getting out the vote. The select few who had bought up the stock denounced the Commercial Club and others, claiming a few rich men wanted to get it. This newspaper went out against the scheme, and was charged with being the tool of the rich and greedy, drawing the brunt of the personal criticism. So the bond issue of $40,000 was carried, the stock-owners were to get $30,000 and the city $10,000 to be used in improving the park. The records do not show how the $10,000 was spent.