What was hinted at in a letter to the editor published in the Southeast Missourian on Aug. 24, 1971, became reality a few months later: Old St. Vincent's Parochial School on South Spanish Street was razed.

The letter -- signed with the initials "J.B." -- warned: "Gone with the wind. Unless a miracle occurs, that will, before the end of August, be the fate of St. Vincent's Parochial School on Spanish Street built in 1877 by the historic church that has graced Cape Girardeau since 1852..." The writer was a bit off in his timing. Plans to raze the landmark weren't announced officially until Oct. 15, 1971. Here's the Southeast Missourian's article from that date. 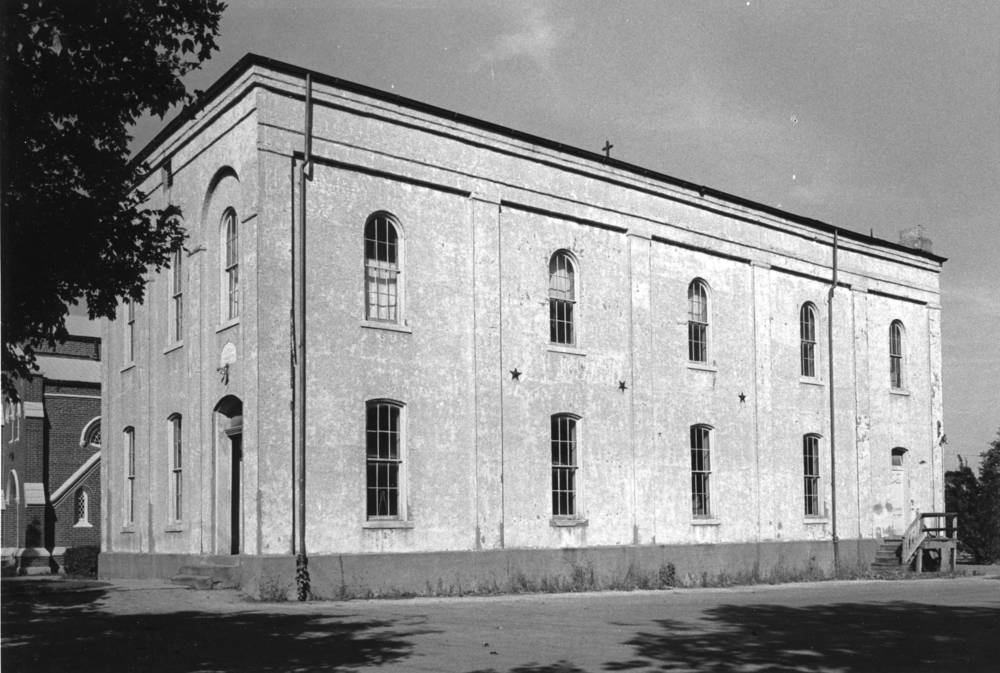 The old St. Vincent's School, located on South Spanish Street, is scheduled for razing soon. It was built in 1877. (Southeast Missourian archive)

Old St. Vincent's school -- a school that served youngsters from the time it was built in 1877 until 1957 -- has closed its doors permanently.

The old building, used for various St. Vincent's Parish activities the past 15 years, is scheduled to be razed soon.

Located on South Spanish Street, once known as the El Camino Real, efforts have been underway for two years to save the school from destruction and to possibly utilize it as a museum.

However, considerations have prevented the Historical Association of Greater Cape Girardeau from acquiring the building, and the building's poor state of repair has forced St. Vincent's Parish to authorize its destruction.

The two-story red brick structure was covered with white stucco many years ago to harmonize with the adjoining church, which was then also painted white. Several years ago, the church was restored and is again red brick.

The school began as a facility for boys only, but in 1923, after the St. Vincent's Young Ladies' Academy was closed, the school was opened to all children of the parish.

Paul Heye, president of the parish council, said razing of the building is expected to begin soon. Several area firms have offered to donate services, he said.

The building, he said, is in such a poor state of repair that the parish cannot afford to have it renovated. The boiler-operated heating system, Mr. Heye said, is in "dire need" of repairs, and costs of rejuvenating the building have been estimated in the $10,000 to $20,000 range.

The building is creating safety problems for groups meeting there," the council president said. "We've waited approximately two years from the historical association regarding the building. We're just as interested as anyone else in maintaining the building for use by the society and to preserve Spanish Street."

On Oct. 1, Mr. Heye said the church board voted to take action to have the building razed unless the historical association or some other interested group was able to come up with a concrete proposal.

The parish, Mr. Heye said, offered to lease the building to the association for $1 a year providing they were able to maintain it.

"So far we've gotten masses of interest about saving the building, but no financial aid." Mr. Heye commented.

William B. Eagle, president of the historical association, said the organization is not in a position to take on a great financial commitment. "We're committed to the restoration of the Glenn house now," he said. "The association hates to see any building of historical significance go, but we have no present plans to stop the razing," he said.

Use of the Spanish Street structure as a school ended in 1957, with the opening of a new St. Vincent's Parochial School on Ritter Drive. More about that in an upcoming blog.

The old school was demolished in December 1971. The site was paved over for a parking lot. 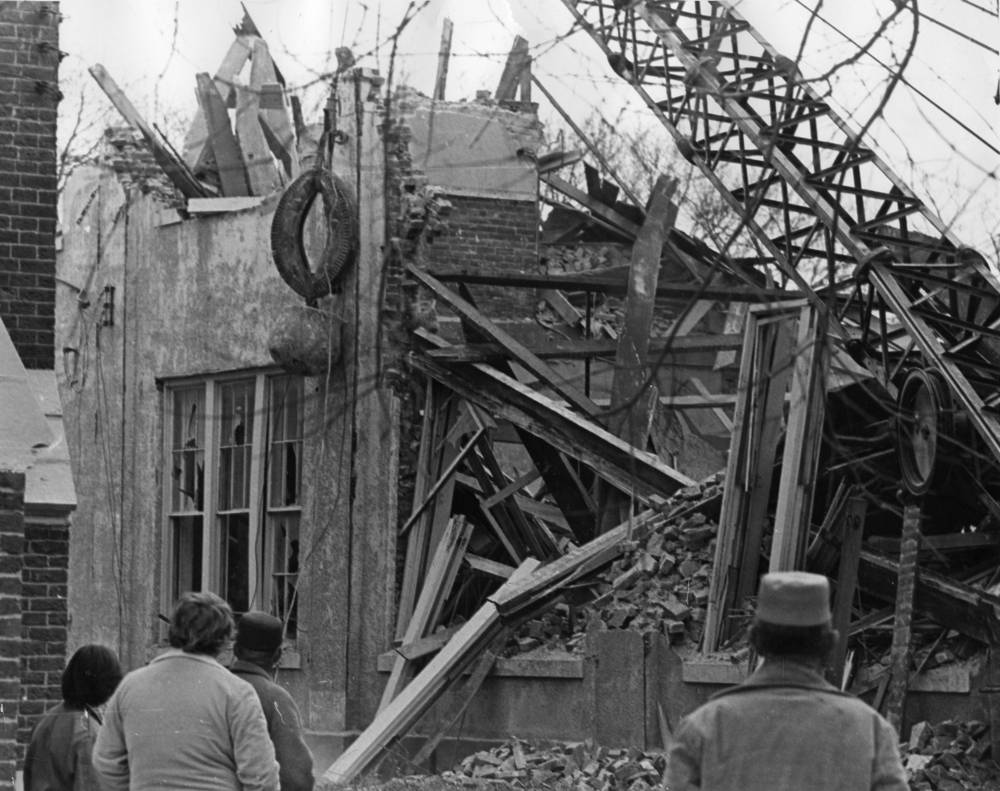 Old St. Vincent's School -- a school that served youngsters from the time it was built in 1877 until 1957 -- no longer stands. The building, in need of much repairs and deemed too costly for St. Vincent's Parish to maintain, was razed Monday. The school began as a facility for boys only, but in 1923 its doors were opened to all children of the parish. The old building, located on South Spanish Street, was used for parish activities during the past 15 years. (Southeast Missourian archive)