1953 train derailment took the life of a Lilbourn Guardsman 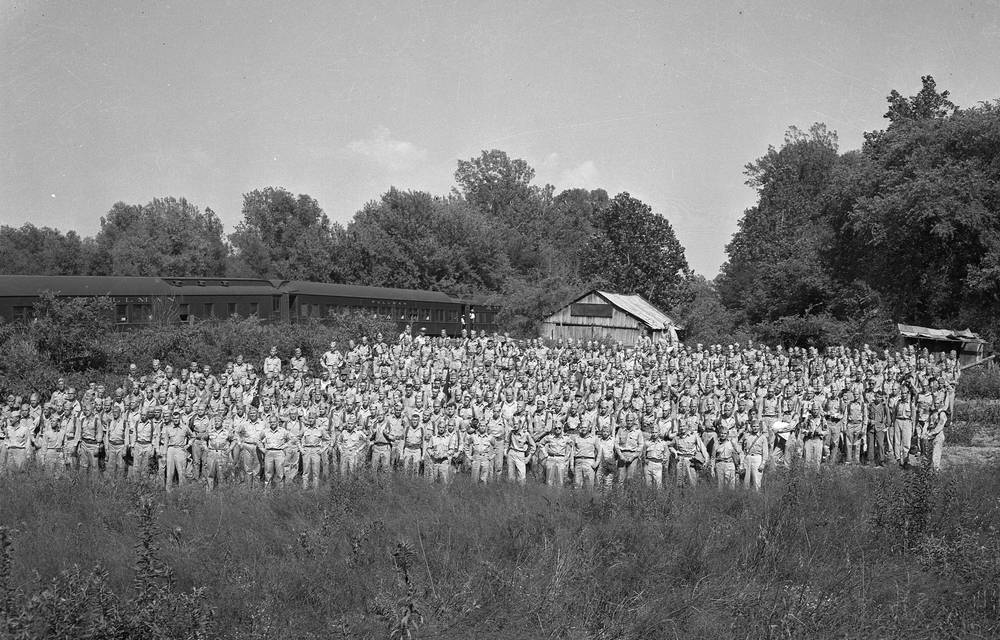 G.D. Fronabarger photographed more than 400 National Guardsmen who escaped injury in a train derailment on July 25, 1953. The group was assembled by Lieut. Col. H.F. Wickham, commander of the troop train, and they made up Company A, Dexter; Company B, Caruthersville; Company C, Lilbourn; Company D, Charleston; First Battalion Headquarters Company, Sikeston; Company K, Kennett and Company L, Bernie. In the background can be seen the rear end of the derailed train. A total of 448 men, including 39 officers, were aboard the train. (G.D. Fronabarger ~ Southeast Missourian archive)

I've always been fascinated by the above photograph taken by G.D. Fronabarger. It shows hundreds of soldiers standing in the middle of a field, a passenger train in the background.

It took me a while to identify the image, as few of Mr. Fronabarger's negatives were dated or ID'd when they made their way to me. I finally found the photo on Missourian microfilm. It was the only surviving picture of several published in the days that followed the derailment of a National Guard troop train on July 25, 1953.

The derailment of the 22-car Frisco train occurred about 35 miles north of Cape Girardeau and cost the life of one Guardsman, Sgt. Lawrence Johnson of Lilbourn, Missouri. Thirty-four others were injured.

Here are the front page stories from the Southeast Missourian on July 27, 1953. 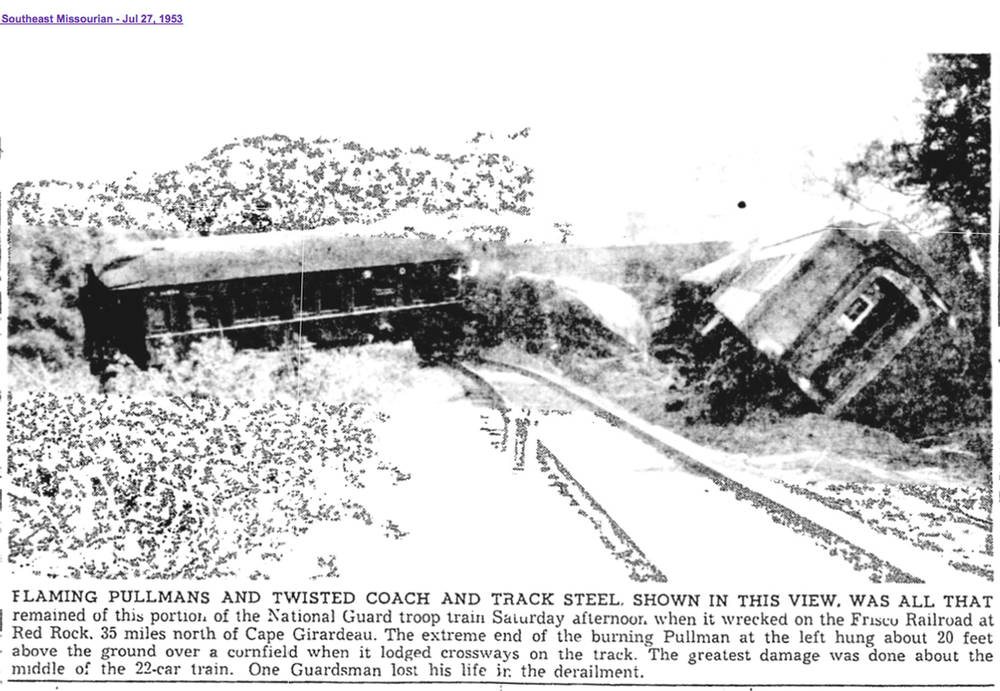 The Cape Girardeau National Guardsmen, members of Headquarters and Service Companies of the 140th Infantry, returned from training at Camp Ripley, Minnesota, the afternoon of Aug. 8, 1953, with a large crowd present at the Frisco depot to welcome them home.