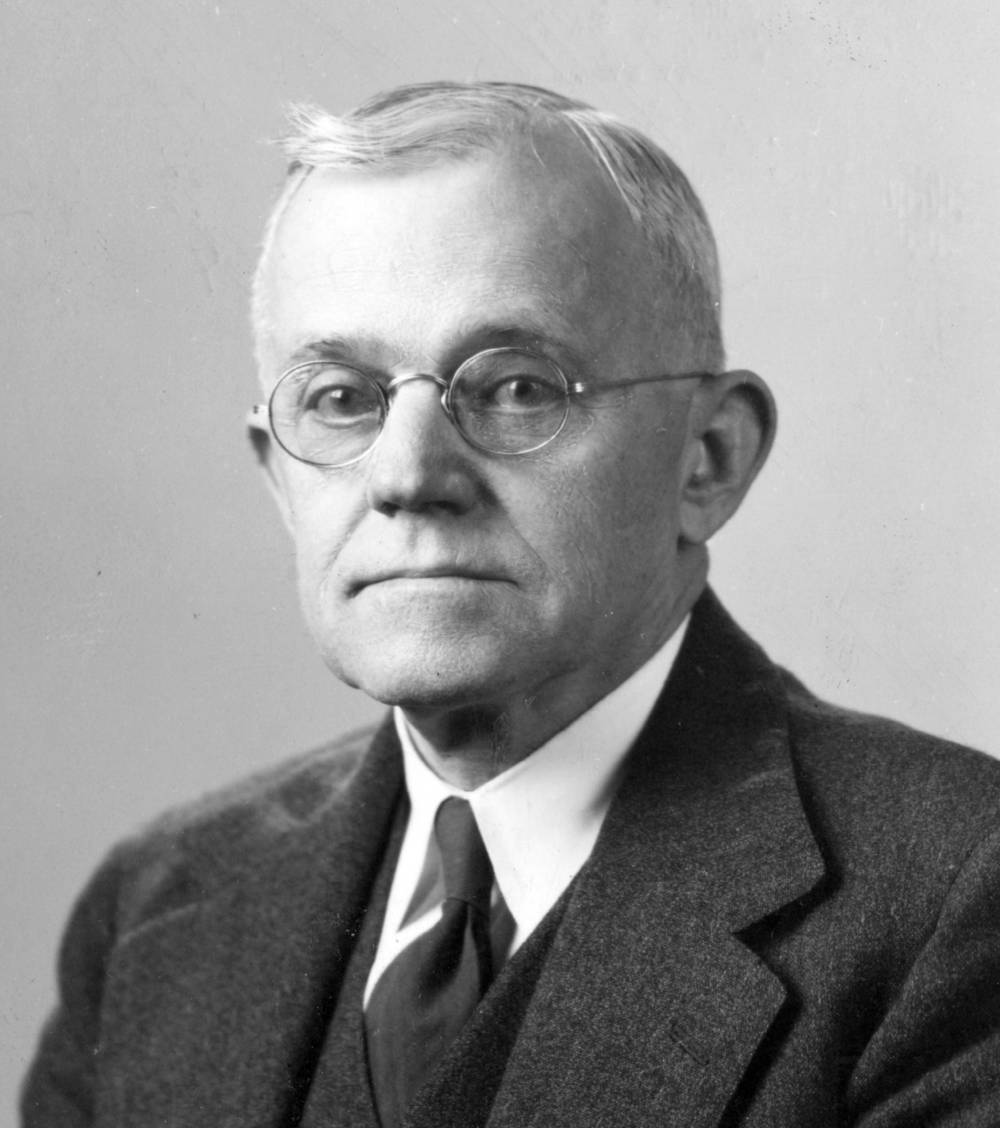 Dr. Arthur Clay Magill came to Cape Girardeau in September 1909, a year after personal tragedy reshaped his life. In the years that followed, he worked to obliterate the disease that devastated his family.

Don Gordon, a member of the Southeast Missourian's news staff, wrote an article for the Associated Press in 1962 that told the long-time science teacher's story.

BATTLE TO STEM TYPHOID BY DR. A.C. MAGILL; TACKLED AILMENT IN 1908 AS A YOUNG TEACHER

CAPE GIRARDEAU, Mo. (AP) -- A young Missouri school teacher in 1908 answered personal tragedy with a dedication that has outlasted his two careers and spared countless families from the sorrow he knew.

The Cape Girardeau octogenarian at the end of this year will leave the public service with which he filled six decades, but he is not abandoning his original vow to do everything possible to combat typhoid fever.

"There was nothing altruistic about it," Dr. Magill explains. "I just didn't like the idea of other people suffering the same grief I had."

The fever invaded the Magill home in rural Ray County, striking down Dr. Magill's mother, three sisters and two brothers. The boys, aged 18 and 21, died, and two of the sisters were left with twisted spines.

Dr. Magill, already seven years into a teaching career that would span half a century, was the principal of the school at Bonne Terre.

There and then began Dr. Magill's personal vendetta against typhoid.

The testimony as to how well he fought is this:

He introduced chlorination to Southeast Missouri; he helped develop a better method of water testing and he put it into practice by testing about 35,000 samples of suspect water.

He performed this service without charge for anyone who asked. He showed them the way to purify their water supply.

"After all, water can be pure one week and be full of typhoid germs the next. Rather than just testing the water, I felt people should be shown the way to keeping their drinking water pure," he explained.

Dr. Magill has not gone un-thanked for the help he has so freely passed out.

At one counting, he had received 5,000 "thank you" letters from grateful recipients of his aid.

Of the early samples, he recalls, about 75 percent contained typhoid germs. In later years, few were infested with the bacteria, probably the best summation of the outcome of Dr. Magill's grudge fight against the disease.

Dr. Magill can recount only two instances of typhoid trouble in this area since his drive to stamp out the plague began.

Once, in about 1917, the fever struck the State College, but "I was sure it wasn't the water supply at fault," the educator said.

He recalled that the source of the disease was finally traced to an ice cream vendor who served college students.

"We would probably call him a typhoid carrier today," he observed.

Then about 20 years ago, an epidemic swept down on Advance. Dr. Magill went there and discovered many persons were driving shallow wells into sub-soil sand where the water was subject to polluted surface water.

Once the source of the typhoid was learned, the situation was brought under control.

While this private war was going on, Dr. Magill was rising from rural school rooms to become head of the science department at Southeast Missouri State College. This post he took in 1924.

He joined the faculty as a science teacher in 1909 and it was here he was able to work against the disease which had robbed him of his loved ones.

He began by developing a system of purifying the Cape Girardeau city water supply, through settling basins and chlorine. Chlorination was perfected in 1918 and a better system has never been devised.

His settling basin-chlorination system began in 1912, when the first commercial utility company took over the water supply here, and replaced the previous practice of boiling raw Mississippi River water.

"The boiling ruined the water's taste, and it was like taking your germs cooked instead of raw if you wanted to look at it that way," Dr. Magill commented.

To this day, Dr. Magill walks sentry on the city water supply, but with typhoid and other pollutants under full control, no problems are encountered or expected.

Upon his retirement from the college faculty in 1952, he went immediately into politics.

A Democrat, he was elected to two consecutive terms in the Missouri House of Representatives and his serving his third term as a member of the Cape Girardeau County Court.

He will not be a candidate for re-election this year and the second of his two careers will have ended.

Dr. Magill was educated at the University of Missouri, Washington University in St. Louis and George Peabody College in Nashville, Tennessee.

He and his wife live at 1428 Bessie, but their eight children are scattered throughout the country. One son died 10 years ago.

Before Dr. Magill retired, Southeast Missouri State College built a monument to him, a new science hall bearing his name.

This was high tribute, indeed, but perhaps the greatest monument to Dr. Magill are those untold, unidentified, living people who because of his efforts have never known the scourge of typhoid fever.