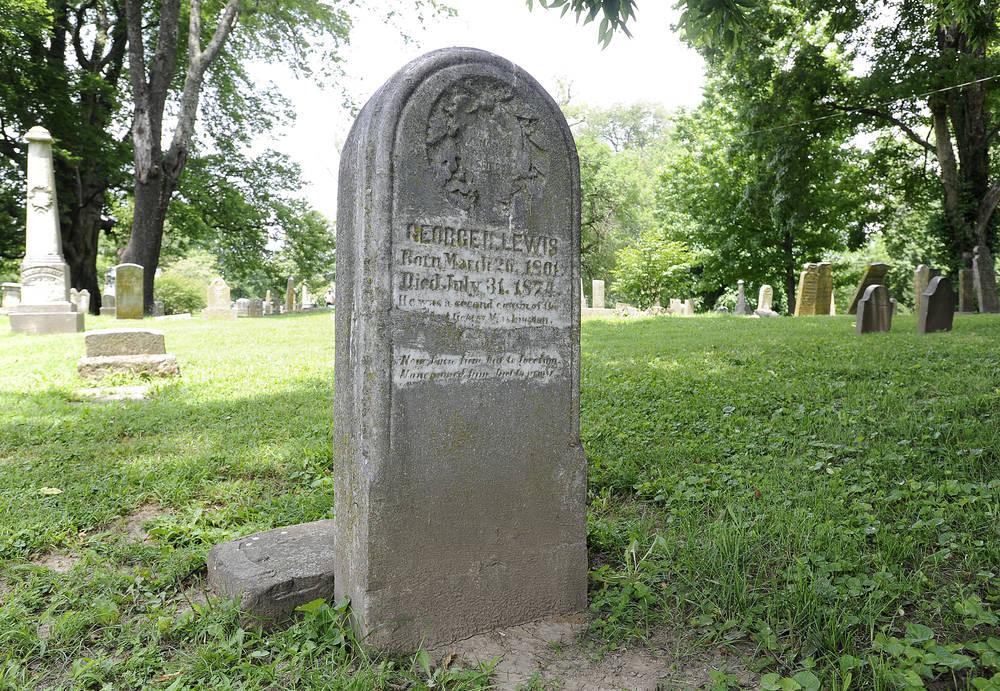 I had a surprise visit in June from a friend from Spring, Texas.

After covering all the usual topics of family, friends and work, the conversation turned to genealogy. It was inevitable, really.

My friend is a member of the Daughters of the American Revolution, and I shared with her my own pursuit of that honor. Somehow, our talk jumped to Old Lorimier Cemetery and some of the people buried there whose graves have been marked by the D.A.R.

They include a gentleman named George H. Lewis. If you've ever read his gravestone, you may have been surprised to learn that Lewis was a second cousin to the Father of Our Country, George Washington himself!

While I didn't know then whether that claim was correct or not, I knew the Missourian had written a story or two on Lewis. 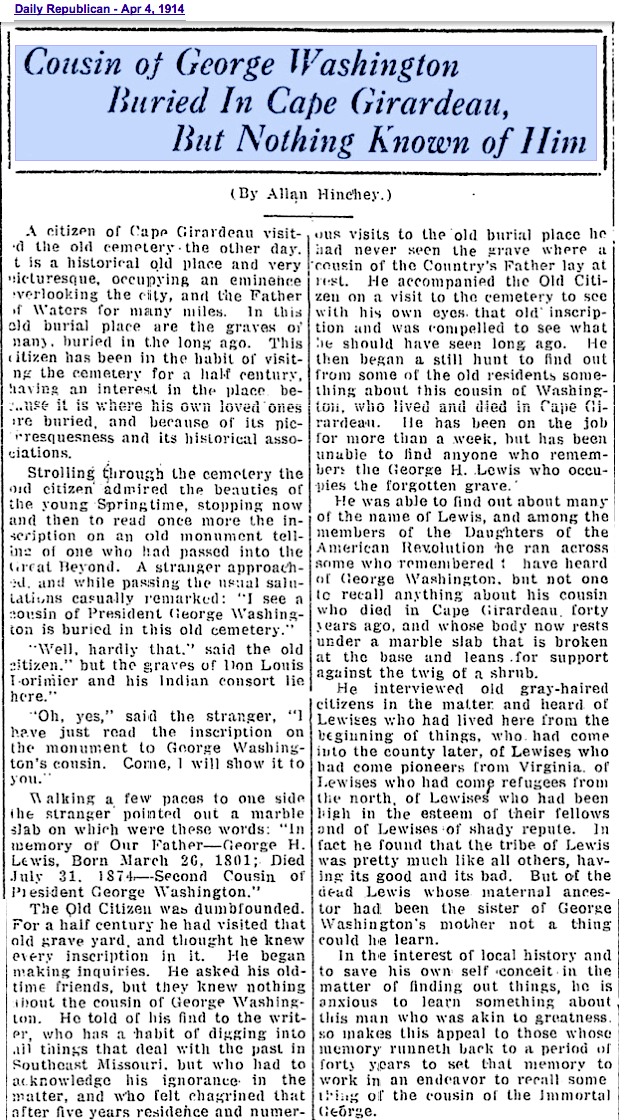 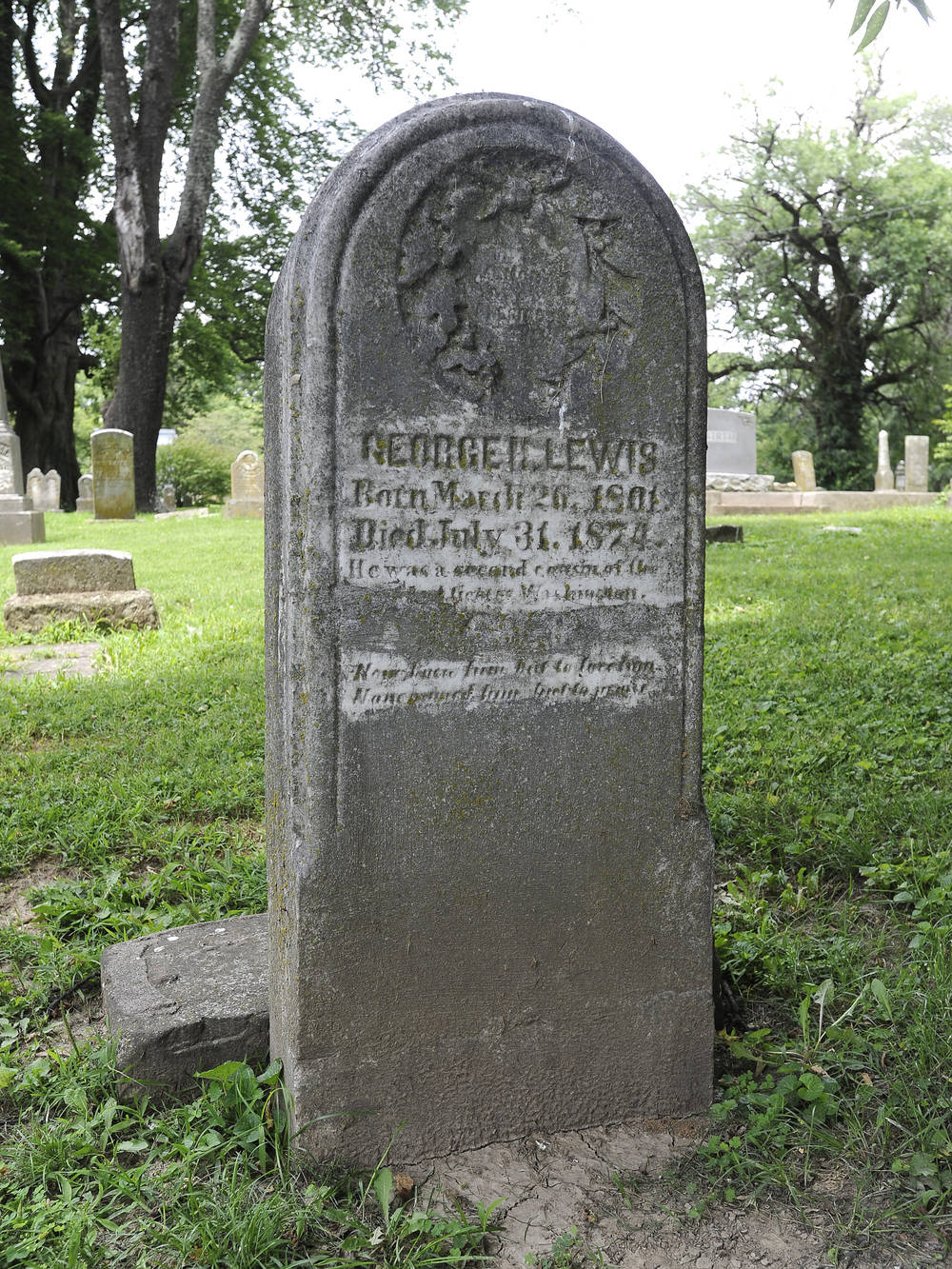 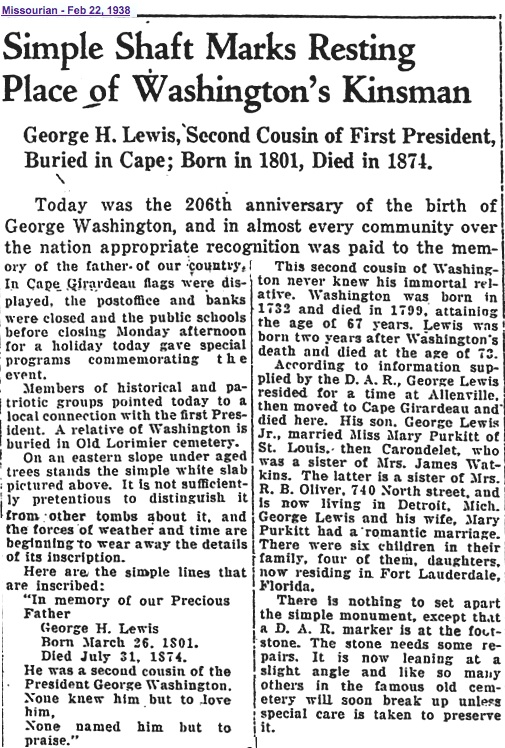 Now, I've been doing genealogical research a long time, both for myself and others, but I have to say the Washington-Lewis family is a veritable Gordian knot. After spending some time trying to unravel the puzzle of just how George Lewis was related to George Washington, I turned to the Cape Girardeau County Genealogical Society for help. That help took the form of a book published by the society in 1994, "Burials in Old Lorimier Cemetery, Cape Girardeau, MO, 1806-1983."

Under the name George Harvey Lewis is this notation: "Born 26 March 1801; died 31 July 1874. (The stone reads) 'To the memory of our precious father. He was a second cousin of the President George Washington.'"

The notation continues: "Actually, a second cousin three times removed. (Born at) Bon Homme, St. Louis County, MO. Son of John and Elizabeth Harvey Lewis. His father was the fifth in a line of John Lewises, the first of whom emigrated from Wales to Northumberland County, VA., where he died in 1697. Another ancestor was his great-grandfather, Joseph Ball, first cousin to Mary Ball Washington, George Washington's mother. This made President Washington a second cousin to Sarah Ball Harding, Joseph's daughter, and a second cousin once removed to her daughter, Hannah Harding Lewis. Hannah's son, John, was a second cousin twice removed. (Reference: "Pioneer Lewis Families)

"Catherine Lewis Bock (no relation) also determined that soon after the Civil War when the government decided to erect permanent buildings at Jefferson Barracks, George H. Lewis was hired to procure the lumber and came to Southeast Missouri to get cypress logs. He built a house on cypress stumps in the swamp, but also had a room in the St. Charles Hotel for his family when they visited here. He died at the hotel, surrounded by his wife and three children: Anne, William and George Washington..." 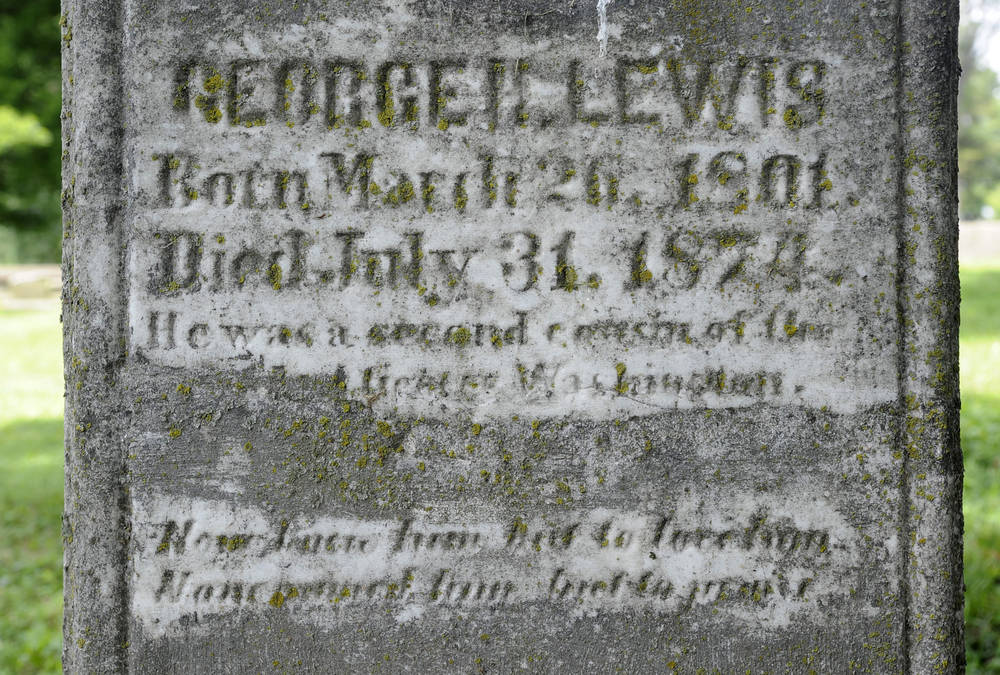