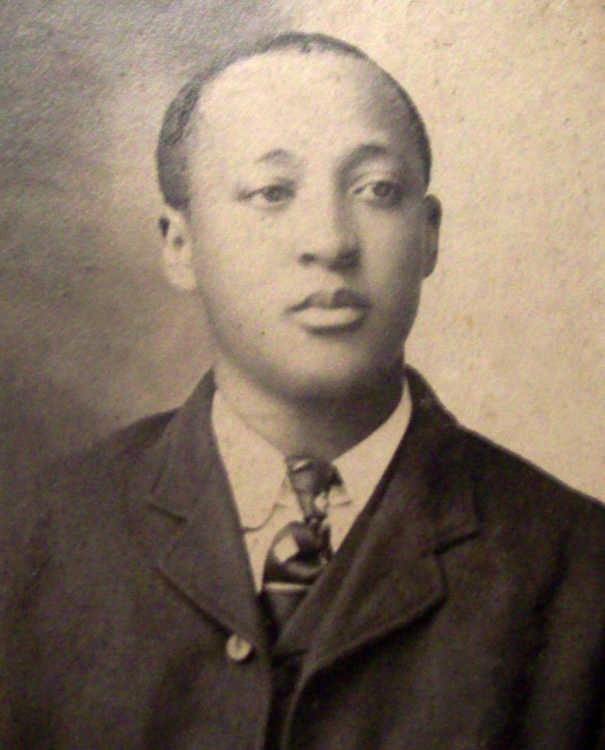 On Dec. 14, 1916, after several failed attempts by forward-thinking white residents, Dr. William H. Lawrie Sr., a black physician of Cape Girardeau, announced plans for the opening of a movie theater in the 200 block of Broadway. Several motion picture houses operated in Cape Girardeau at that time, but all were for whites only.

A small item in a November 1914 edition of The Daily Republican noted that Mary Himmelberger, wife of timber and lumber magnate J.W. Himmelberger, intended to bring a theater to town that would benefit Cape Girardeau's black residents. The story said bluntly, blacks were "barred from all white theaters" in town. Her efforts apparently failed, as I can find no further mention of them in The Republican.

Lawrie's plans for a movie house were announced in The Weekly Tribune and Cape County Herald newspaper on Dec. 14, 1916. The Republican was silent on the ambitious plans, but that may be because the owners of that newspaper also built and owned the Park Theater, located across the street from Lawrie's planned show house.

TO RUN ONLY THREE EVENINGS EACH WEEK

Manager Says Only High Class Programs Will Be Offered to Remodel House.

Dr. W.H. Lawrie, the colored physician, was yesterday elected president of a newly-organized company, which will open a moving picture show in the frame building, just west of the Baptist Church, (In the 200 block of) Broadway. The building, which has been used for a restaurant, was leased for one year from Rodney G. Whitelaw.

The structure will be remodeled, Dr. Lawrie said yesterday, and the roof will be made a half story higher, in order to accommodate the picture machine. A seating capacity for 250 persons will be provided for before the theater opens, and if the demand warrants it, Dr. Lawrie said the building would be enlarged to take care of as many more as might be necessary.

The company, which will operate the theater is made up of representative colored men, among them being Rev. Cole, pastor of the Negro Baptist Church.

"We have made arrangements for our picture service," said Dr. Lawrie yesterday. "I am going to have only the best class of pictures -- pictures which will educate as well as interest the people. We expect to operate the theater on a strictly high-class order. We will be open only on Monday, Wednesday and Saturday evenings.

"The colored people of this city and community have no amusement. I believe a moving picture show will at least make its operating expenses and will prove a blessing to the colored race. Bert Williams, the colored comedian, will be one of the fun makers on the program. There are other Negro actors, who will be featured as much as possible.

"We have contracted for a number of pictures, showing scenes and living conditions in many foreign nations. I have made an especial effort to get the best class of pictures obtainable. By running only three nights a week, we will be able to show better pictures than we could if the theater kept open every night. The movement has the approval of the colored churches in the city.

Efforts have been made on several occasions to organize a moving picture show for the Negroes, but these have been in the nature of a charitable movement, and each failed. This is the first time when the proposition was taken up by the colored people. Dr. Lawrie is one of the most prominent colored men in Southeast Missouri, and has quite a reputation as a physician.

Dr. Lawrie's efforts to provide a comfortable venue for blacks to watch movies apparently came to pass, but must have been of short duration. In July 1970 Dr. Lawrie's son visited Cape Girardeau and described his family's connection to the town:

"William H. Lawrie Jr. of Yardville, N.J., who spent his early childhood in Cape Girardeau, visited here Monday. His parents, Dr. and Mrs. William H. Lawrie, lived at 213 S. Lorimier. Although he was a physician, Dr. Lawrie was interested in drama, and operated the first Negro theater in Cape Girardeau, the Booker T. Washington Theater, in a frame building just west of the present General Baptist Church on Broadway."

The family's residency here was brief. A check of online newspapers and the Missourian archives indicates the Lawries came here from Columbia, Missouri, between 1910 and 1916. Dr. Lawrie had graduated from the Omaha (Nebraska) Medical College in 1896. At that time, he was the only African-American student attending the school, which had a student body of over 200, according to an article posted by his great-grand-nephew, Alvin Collins, on Ancestry.com.

According to the 1970 Missourian article, the family left Cape Girardeau about 1920.

During his brief tenure here, Dr. Lawrie proved to be a staunch supporter of the black community. In March 1916 he spoke to the Cape Girardeau school board, asking for better educational opportunities for the children attending Lincoln School. He asked that the board consider expanding the high school to three years, and he urged black adults of the city to make sure their children attended classes.

In 1919 he was among a group of black men who were delegated to go to Jefferson City in support of a number of bills before the Legislature "relative to Negro welfare." In July of that year, he appeared before the Cape Girardeau City Council and asked that the new municipal swimming pool be open to blacks.