A house that looked the same front and back

For about $30,000, Deane built the residence on South Spanish Street, on the present location of the Knights of Columbus Hall. Tradition says the house's east and west facades looked the same. 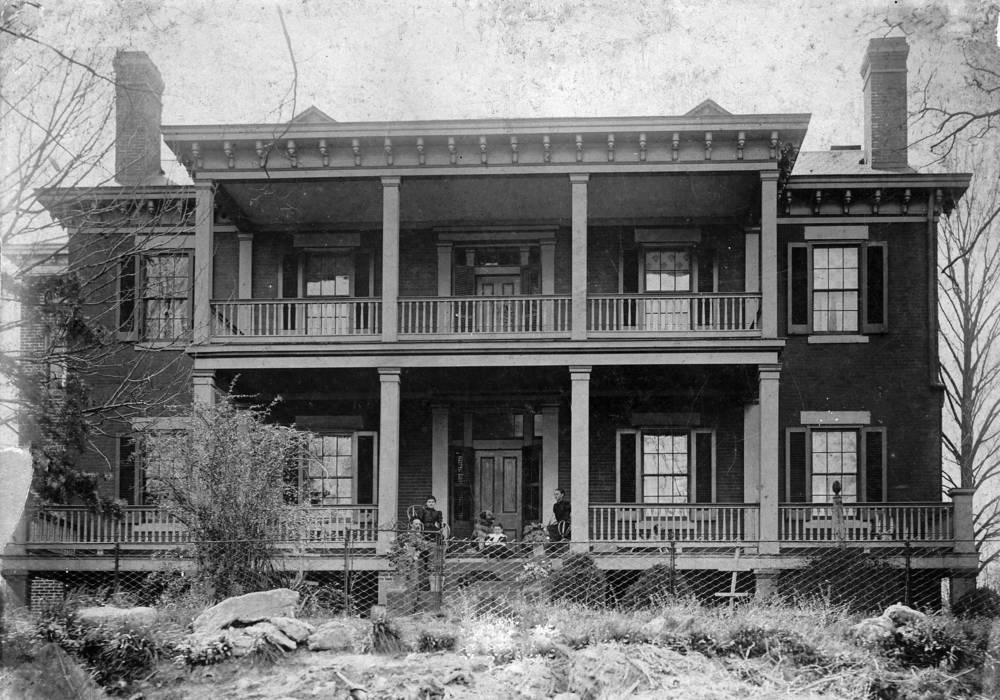 In the pamphlet "History of the Early Gardens of Cape Girardeau," the author described the gardens west and south of the house in great detail, naming the various trees, bushes and flowers planted there. She also included a few hints about the house itself:

Amy Kimmel, of Wednesday Club fame, took it upon herself to write a series of articles for The Southeast Missourian newspaper in 1933. One of her first efforts was a history of this house. 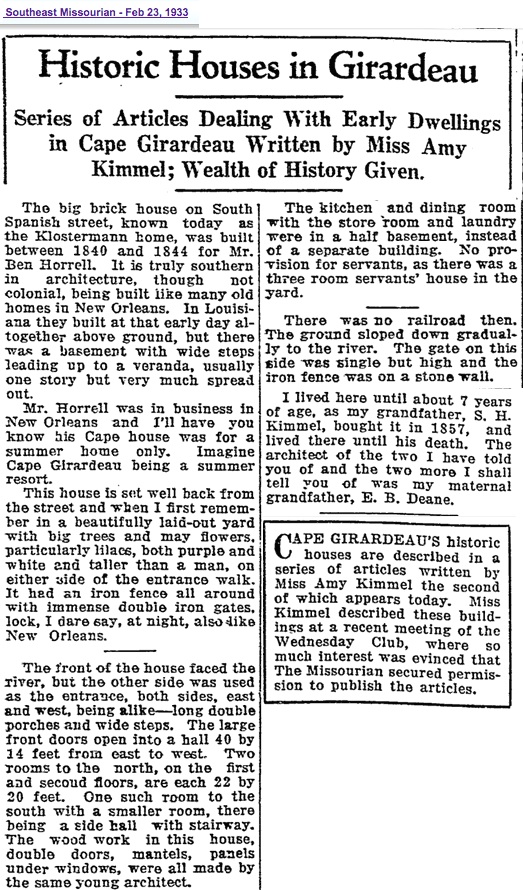 Matilda Klostermann, widow of Louis F. Klostermann, was the last resident of the house, some times referred to as Rock Court Hall. She passed away on Nov. 5, 1935, and demolition of her home was begun later that month by Anton and Victor Haas, the contractors for the Knights of Columbus Hall.

The Klostermann house has always fascinated me. I always thought it curious that there were so few photos of such a grand home. Recently, while examining some pictures donated to the newspaper by the Cape Girardeau Chamber of Commerce, I spotted the house in the background of a photo taken on March 4, 1927, to document the construction of the Cape Girardeau traffic bridge.

There it stands, just eight years before its demolition, looking much like it did in the earlier photo that heads this blog. It's another example of what our community has lost through "progress." 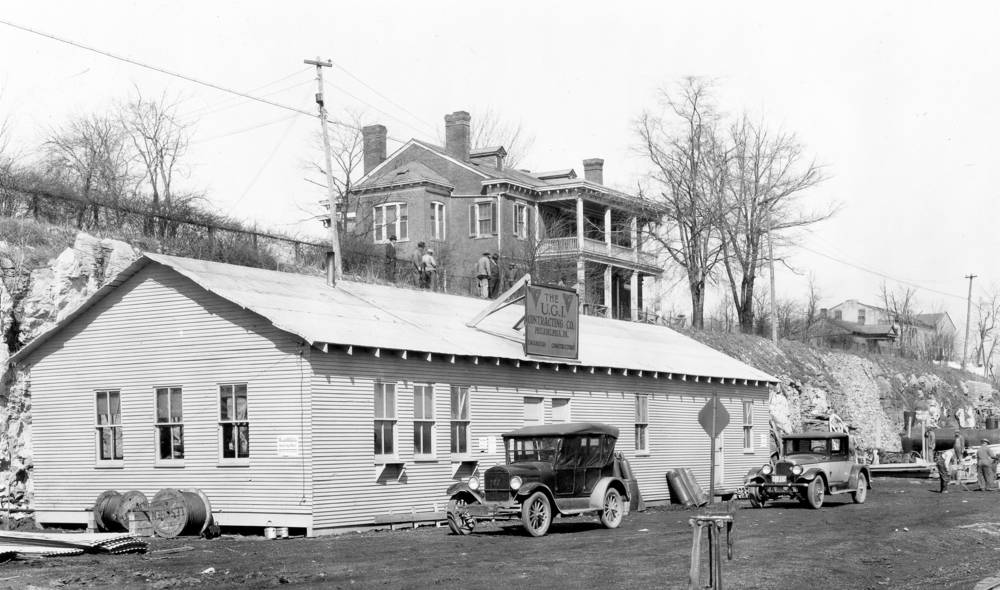