In April 1924, school teacher Marjorie Haines Hobbs and her 15-year-old pupil, Ruby Lindsay, were enjoying a hike in the woods north of Cape Girardeau, apparently an exercise the friends frequently enjoyed. As they started to cross a train trestle over Little Flora Creek six miles north of the city, they were startled by an oncoming work train.

While Ruby stepped safely off onto a beam that projected over the creek, Hobbs froze in fear. Ruby came to her rescue, pulling her to safety, but both of them ended up in 16 feet of water in the creek below. Neither could swim, but again Ruby saved her friend's life by holding her head above water until they were rescued.

Three years later, Ruby was given a Carnegie medal for her heroism, along with a monetary gift of $1,600 that allowed her to attend the Cape Girardeau Teachers College.

Fast forward to May 30, 1959. Ruby, by then Mrs. Cletus Hargis, lost the medal in a fire that destroyed the family's apartment adjoining the Hargis store on Bend Road. But through the efforts of her family, the medal was replaced by the Carnegie Hero Fund Commission of Pittsburgh, Pennsylvania, on May 20, 1967. 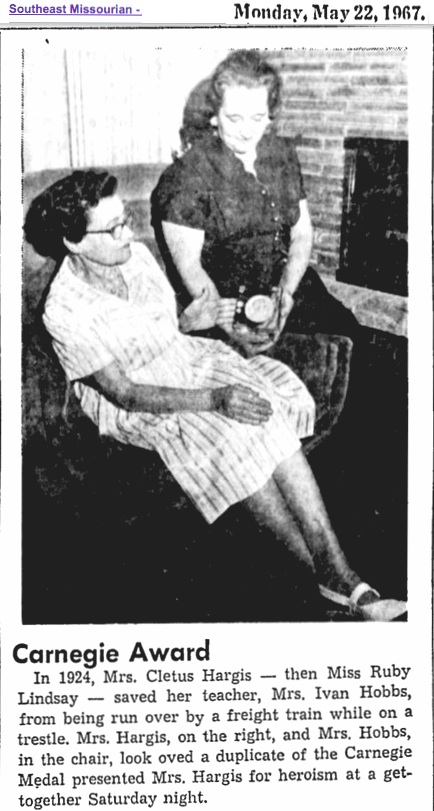 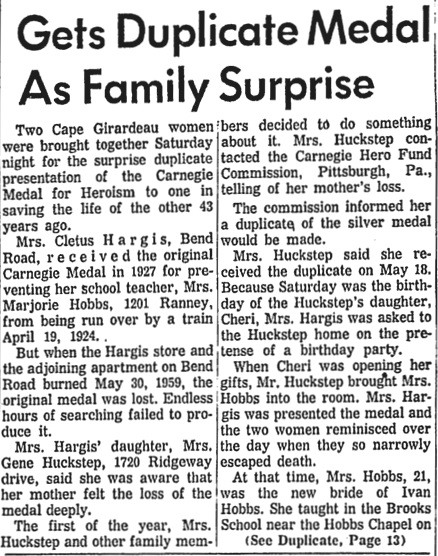 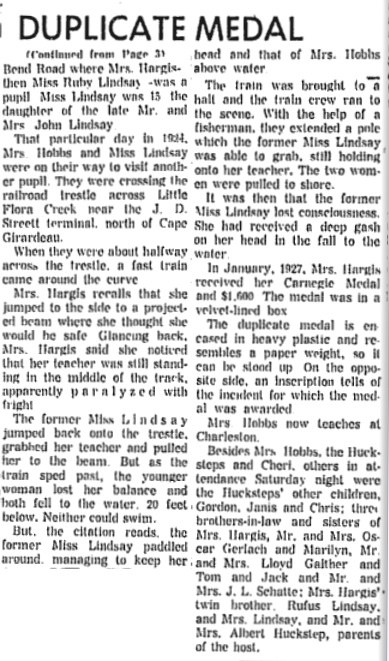 Here is The Southeast Missourian's story from 1924 about the incident, as well the 1927 story announcing the awarding of the Carnegie medal to Ruby Lindsay. 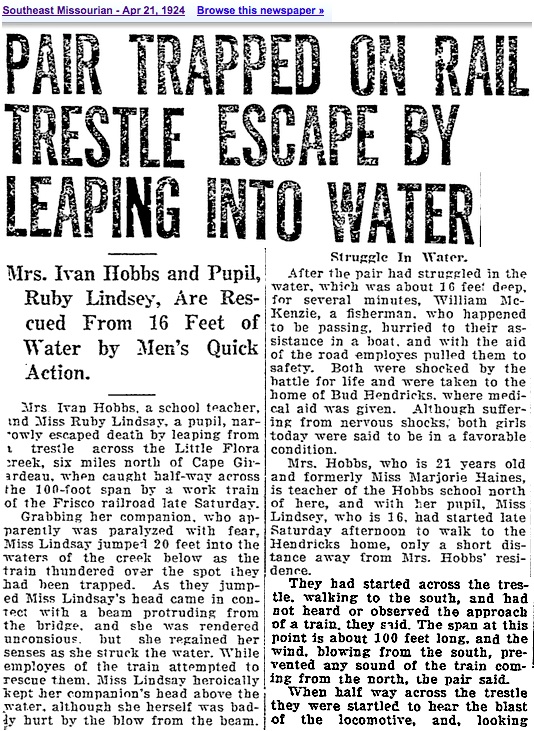 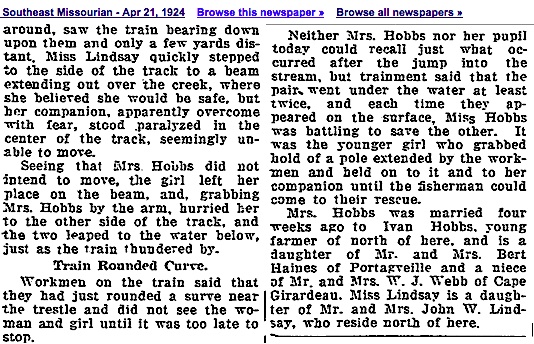 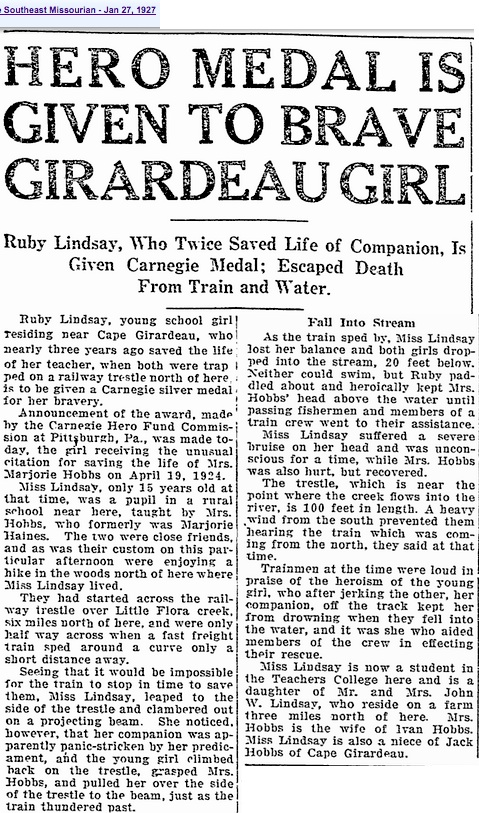 Marjorie Haines Hobbs died at age 75 in September 1981, after a career as a third-grade teacher at Brooks and Juden schools in Cape Girardeau County and at Advance, Sikeston and Anniston. She is buried at Hobbs Chapel Cemetery.

Also buried at Hobbs Chapel is the hero school girl who rescued her teacher so many years before. Ruby Lindsay Hargis died on Nov. 26, 1989, at age 80.

Last week, Ruby's granddaughter, Janis Rebert, sent me an email about her grandmother. She informed me that last Monday, on Memorial Day, her family placed a bronze replica of the Carnegie medal won by Ruby on her tombstone. 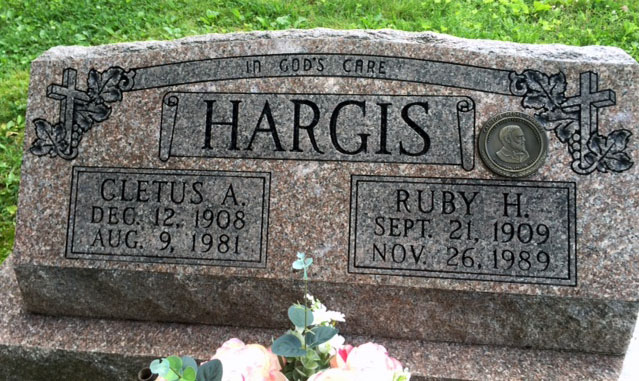 The medal that replaced the original lost in the fire is a treasured family memento. According to Janis, "I have that medal today. I cherish the thought of what it represents. Many descendants of these two women live on because of that 15-year-old girl, who could not swim, (but) saved her teacher's life."

She concluded that she was "excited" to read this blog about her grandmother, "as she was not only a hero at 15. She was our hero all of her life." 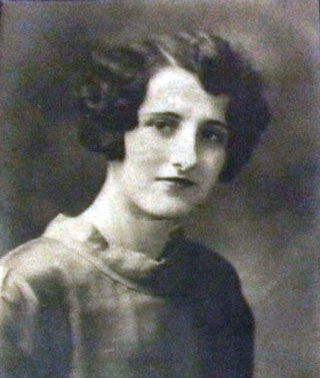