In the days leading up to World War II, as had happened before the War to End All Wars, photographers around the country were besieged with requests for portraits of young men and women and of family groups, mementos of those young men who were preparing for war and for those they would leave behind.

In Cape Girardeau that demand for soldiers' and sailors' pictures began early in 1941, a result of the call of young men to military training camps. A Feb. 15, 1941, article on the front page of the Southeast Missourian explained the phenomenon.

More Having Photos Made During War.

Johnny has not actually gone to war, but has gone away for military training -- and left his picture behind. And, in most instances, he has taken with him a picture, that of his sweetheart.

Scenes familiar to those of the World War days are being reenacted, all in the photographers' favor. During the days of rapid military recruiting back in the period from 1916 to 1918, the professional photographers were kept busy "shooting" family groups and individuals, the knights of film turning out portraits for uniformed healthy young men who were saying "goodbye" to Broadway and "hello" to France. Of course scores of young women were photographed right along with their "Buddies" and the exchange of pictures incident to farewells gave the photographers a rushing business.

Today there is a hint of the revival of this type of business. The city's commercial photographers reported today that business is better at this time of year than it has been at the corresponding time in many years.

Two photographers reported an unusual number of pictures made of family groups and individuals incident to the recruiting program, while another said he had made a few more than usual of this type, but that business have been good in virtually all phases of the photographic field. It seems as though not all of the family groups are made because a young man is going to an Army camp or some other military base, but the idea of family groups is gradually popularizing itself and more families are having photos made.

Chester W. Kassel, Main Street photographer, and his father, G.A. Kassel, who has a studio on Ellis Street, reported they are pretty busy with groups, much of this as a result of young men going to the Army and other branches of the service. H.L. Lueders, the Broadway photographer, reported he and his son, Paul, associated with him, are not particularly busy with this group, but have their hands full of business with students getting their photos made.

Photographing groups and individuals for college and high school yearbooks also is keeping the local picture takers quite busy. The season preceding Christmas was declared to have been about the busiest ever for the photographer.

There's one thing now distinctly in he photographer's favor. Superior equipment enables him to turn out a great deal more work than he could a decade ago, and this increased volume is also being done along with a much higher quality work.

However, the profession has its drawbacks. Some customers just are not truly photogenic and try as they might, the darkroom experts can't always improve sufficiently over the original subject to make the customer cackle with delight.

The public is becoming more picture conscious, what with magazines, newspapers and every other form of reading matter profusely illustrated, and with every family who can afford even an ordinary photo is having one made.

As the boys went off to training camps, pictures of them began appearing on the pages of the Southeast Missourian. The number picked up as war neared, and the suits the young men were wearing became uniforms.

Despite the restrictions the war placed on the space available for local news in the Cape Girardeau newspaper, the Naeter Brothers always found room for those military head shots. I suspect that was true of newspapers across the United States.

As I have traveled through the pages of the Missourian in search of interesting items for use in the "Out of the Past" column, I have collected copies of some of these images. While many, taken from microfilm, are almost impossible to make out, others are surprisingly good. I thought you might enjoy seeing a few of the pictures I have found. They are in no particular order. 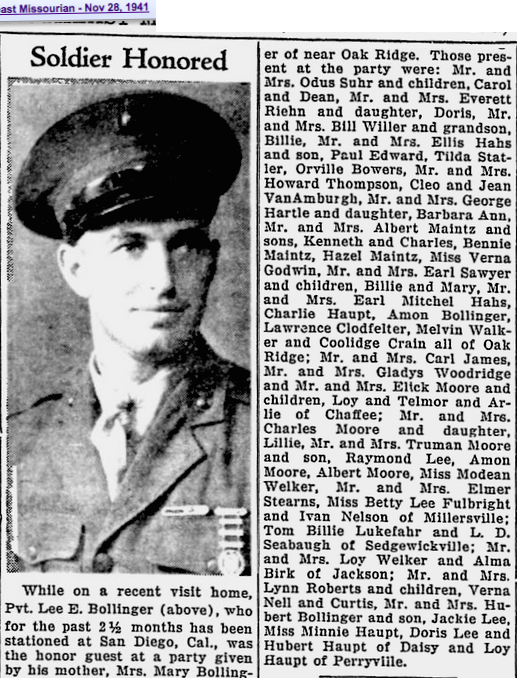 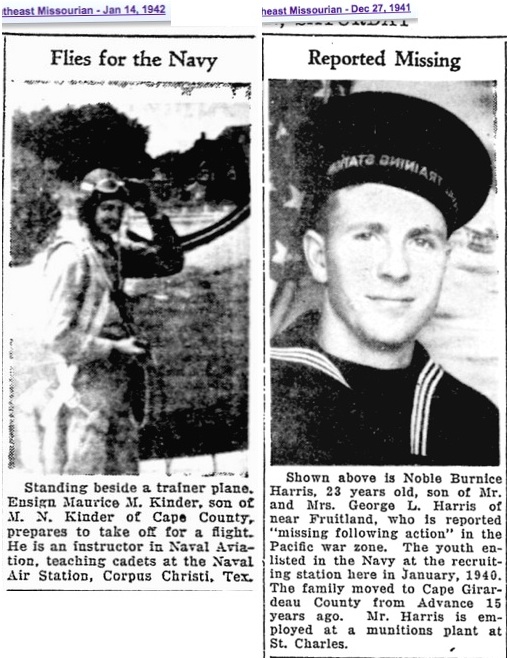 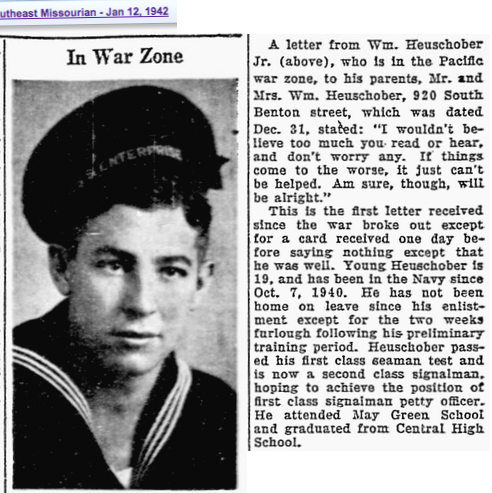 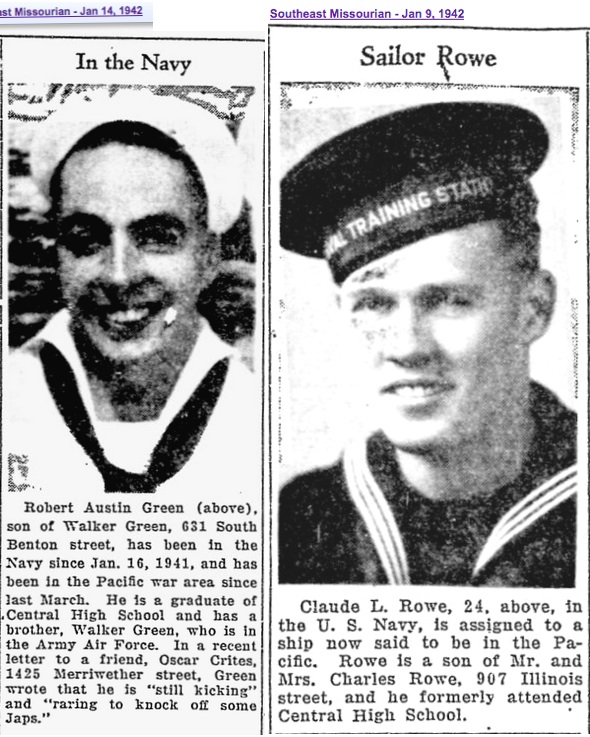 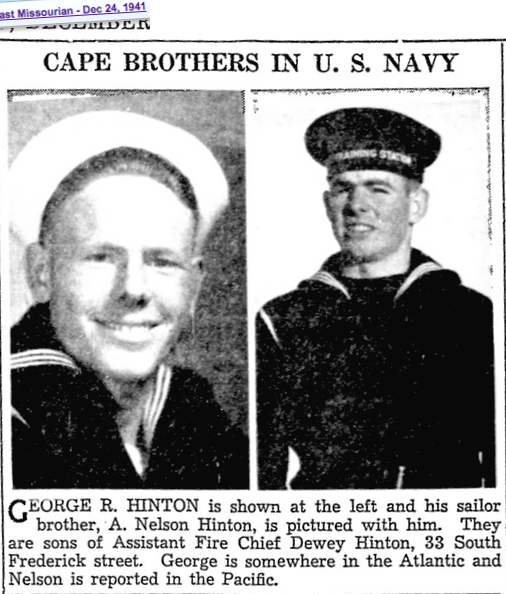 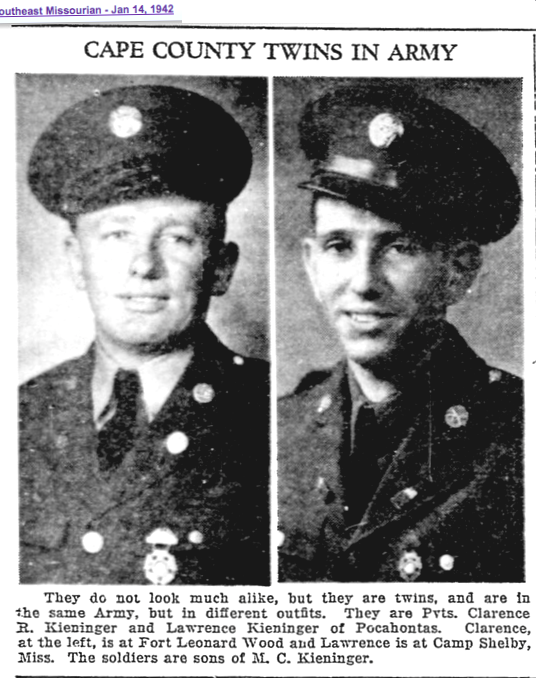 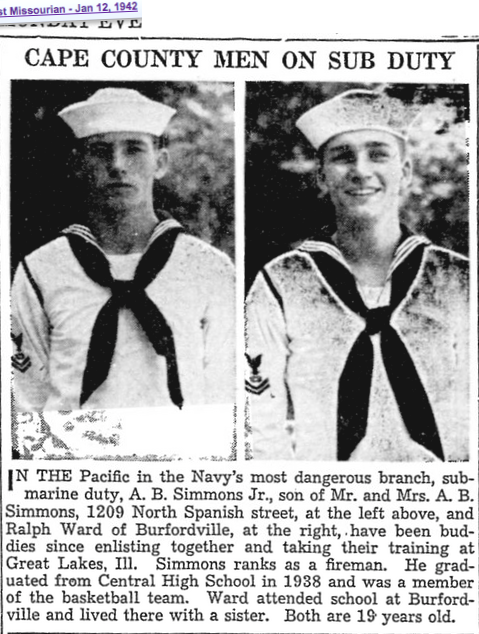 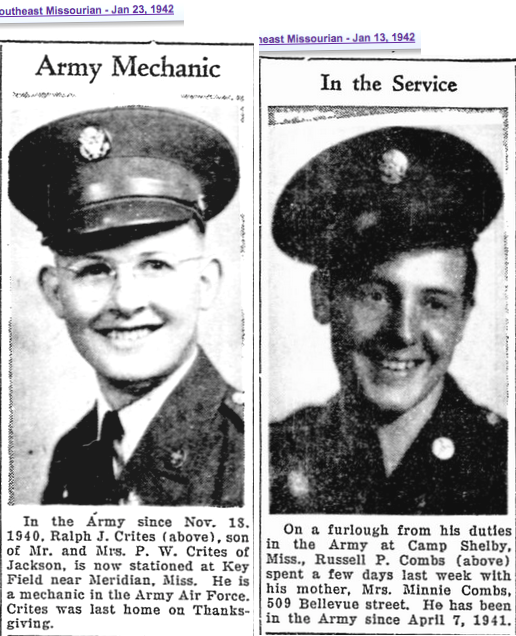 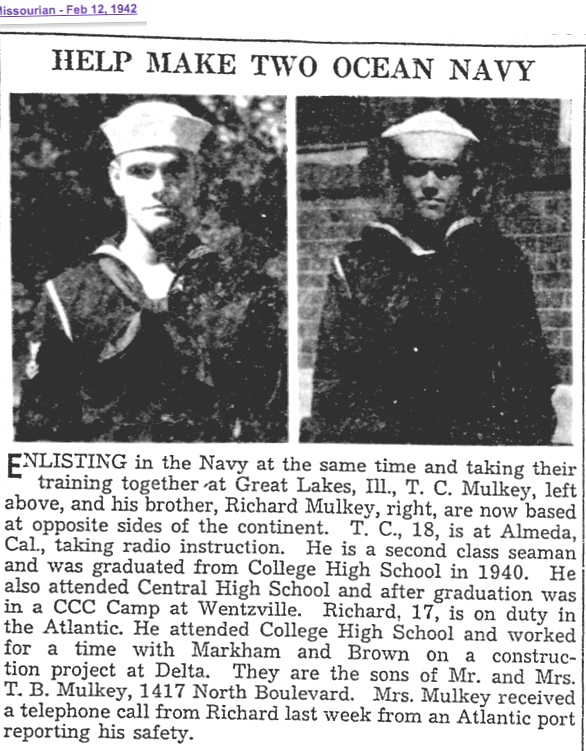 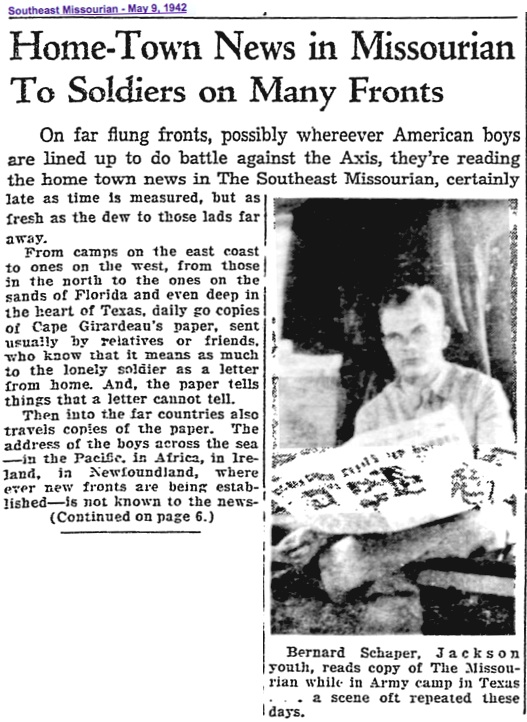 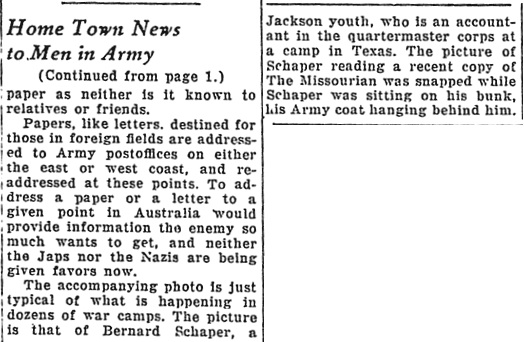