Ever hear of the Coffee Drinkers Friendship Club?

Fellow blogger Fred Lynch sent me an email recently, saying I should do a blog on the Coffee Drinkers Friendship Club. He also provided several clippings about the club and the good works it did.

Easier suggested than accomplished, I have found.

We have no clip file on the CDFC, but I did find a story from 1949 that indicated the philanthropic club was organized in January 1948. Its members raised money for various good causes, including the national Polio Epidemic Emergency Fund. In the 10 years or so that I could find stories about the organization, they indicated that one of their primary goals was to raise funds to furnish school lunches and clothing for needy school children.

Along with selling chances on automobiles, hula-hoop contests and conducting games at the SEMO District Fair, the CDFC was probably most noted for a contest it staged in the fall of 1949 at the Capaha Park lagoon: The Raccoon on the Log Contest.

As explained in a Missourian article, “the principle of the contest is to see if a dog can fight a raccoon off a log, anchored 30 feet from one bank of the lagoon. The dog will start from the Park.”

The event proved controversial, with members of the Humane Society of Missouri attempting to shut it down. Fritz K. Grolock, president of the society, claimed the contest was “inhumane,” but the stories don’t make it clear whether he considered the event inhumane to the dogs or the coons.

Here are a couple of articles that tell the story: 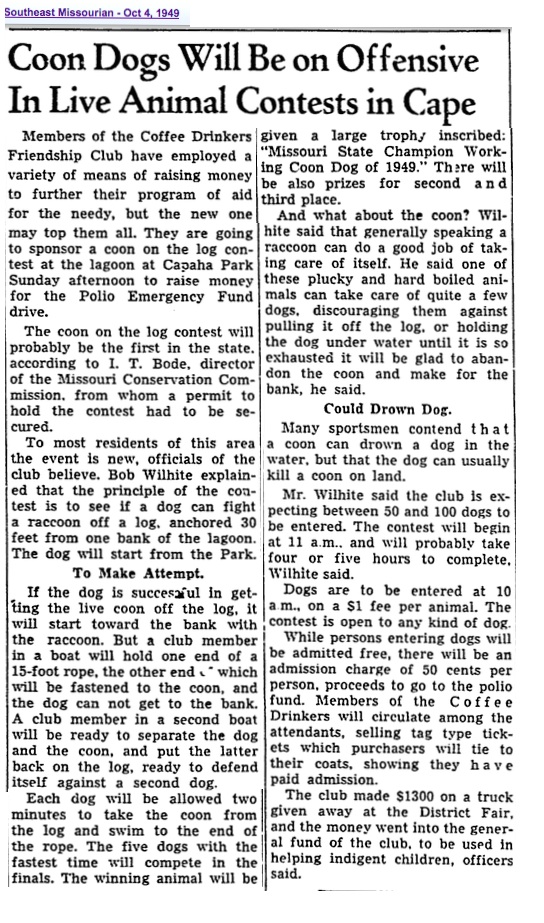 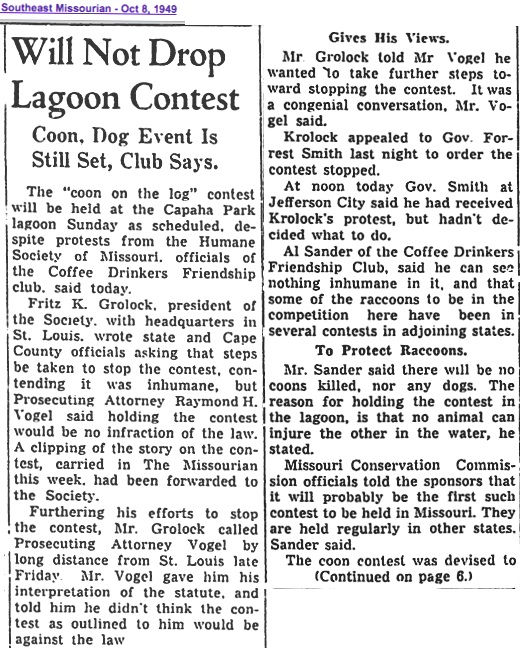 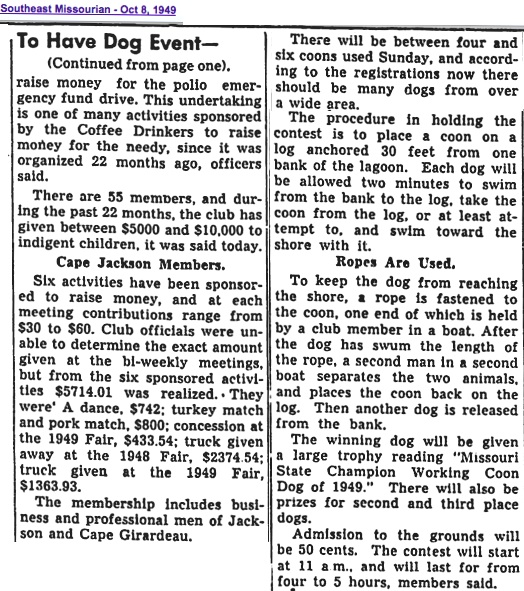 But in the end, the club prevailed and staged its unique competition. 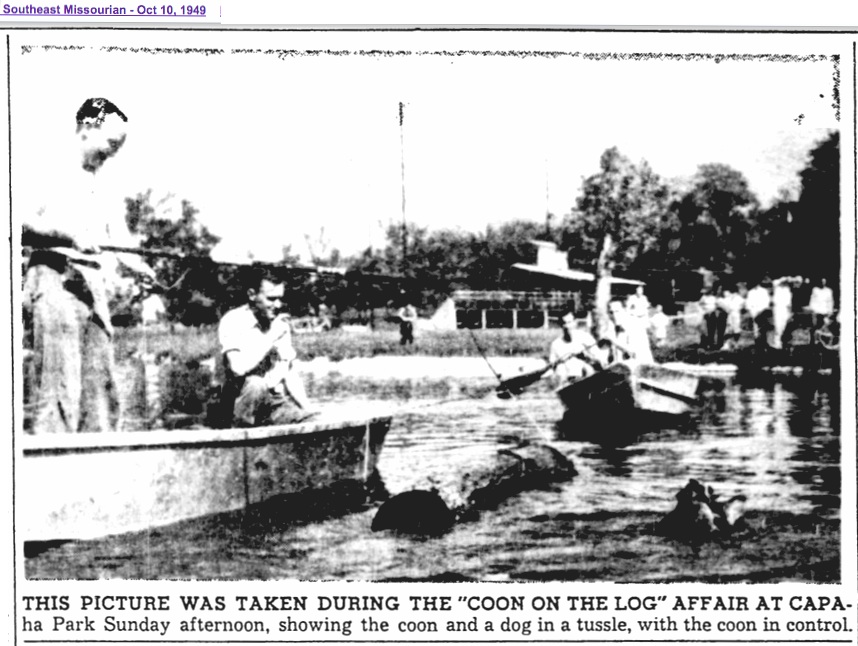 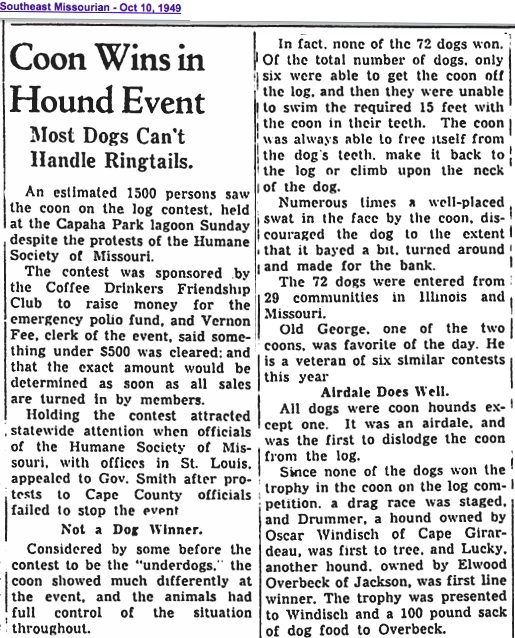 An article from Oct. 11, 1949, noted that Cape Girardeau County contributions to the national Polio Epidemic Emergency Fund passed the $3,000 mark, thanks to the Coffee Drinkers Friendship Club "Coon on the Log" contest.