Lealon N. Jones was supervisor of English at the old Campus School at Southeast Missouri State University for 42 years and still found time to write.

During his 82 years of life, he published five novels, and his obituary in 1985 said a sixth would be published after his death. Jones' first book -- "Eve's Stepchildren" -- was published in 1942, and The Southeast Missourian noted the accomplishment with a photograph and article on Jan. 24, 1942. 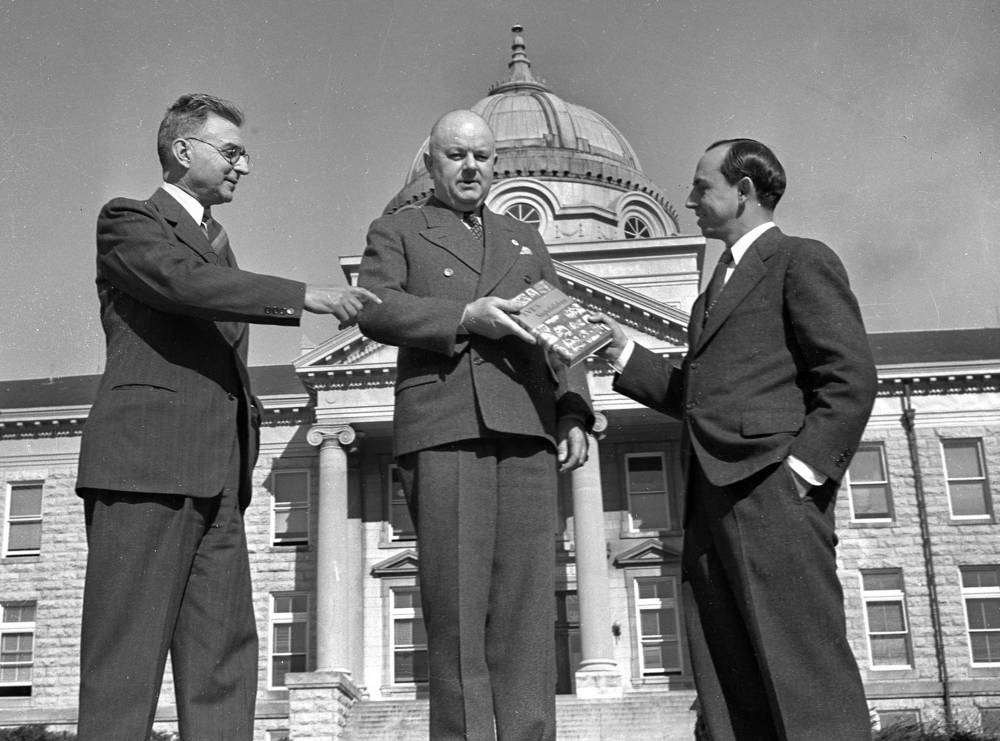 The above photograph shows Prof. Lealon Jones, at the right, presenting the first copy of "Eve's Stepchildren," a book of American folk life, which he compiled, to President W.W. Parker of State Teachers College and Dean Vest C. Myers. Prof. Jones originated the Midwestern Folk Drama (Festival), held in past years at the school. (G.D. Fronabarger ~ Southeast Missourian archive) 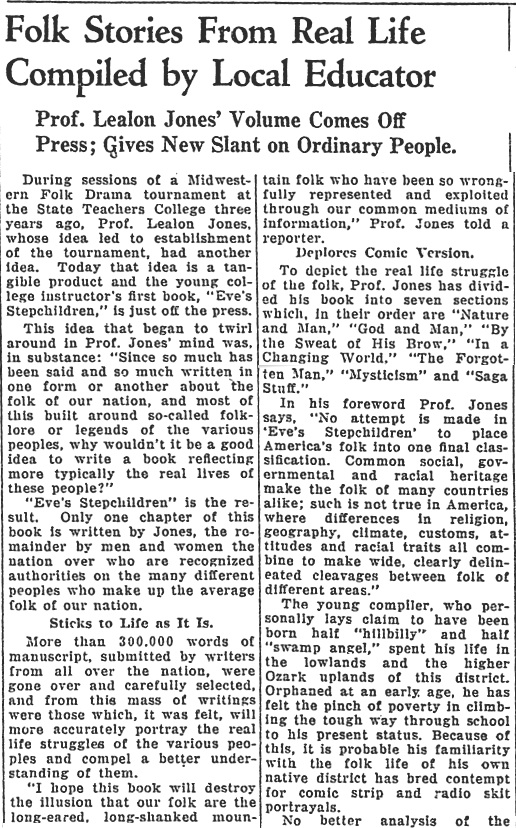 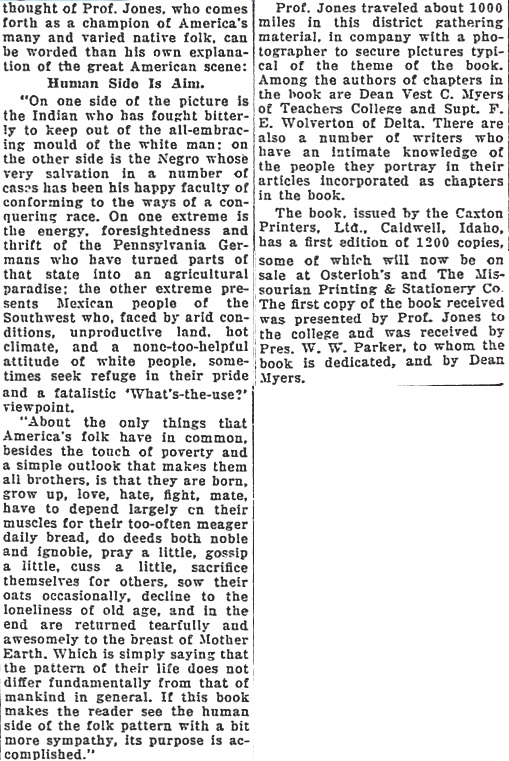 The Midwestern Folk Drama Festival, referred to in the article was an annual event at the university from the early 1930s until the start of World War II. Colleges from the Midwest would submit original plays for judging. At a springtime gathering on the Cape Girardeau campus, the best plays would be enacted by students from the submitting colleges. At the end of the festival, the best folk drama would be honored, as well as the best actors. 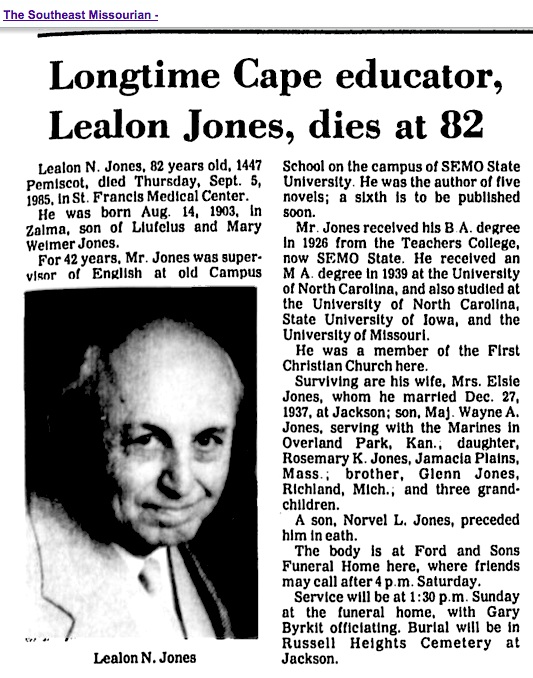