The complicated history of the Orpheum Theater

The Orpheum Theater opened on Good Hope Street in Cape Girardeau in 1917.

It really opened in 1909, but it was originally the Grand.

Confused? I'll confess, I was when I started digging into the history of the Orpheum as I prepared to note its centennial. But, in truth, the theater that eventually became the Orpheum was originally the Grand Theater. Missourian clippings indicate the Grand opened its doors in December 1909 on the south side of the 500 block of Good Hope.

In 1911 the business was leased to the Circle Theater Co. of St. Louis, and management was taken over by J.D. Bone and F.B. Call. The theater promised first-class vaudeville acts and the best road shows and picture shows available. Admission was 20 cents for adults and 10 cents for children.

Two years later, the name was changed to "Orpheum." 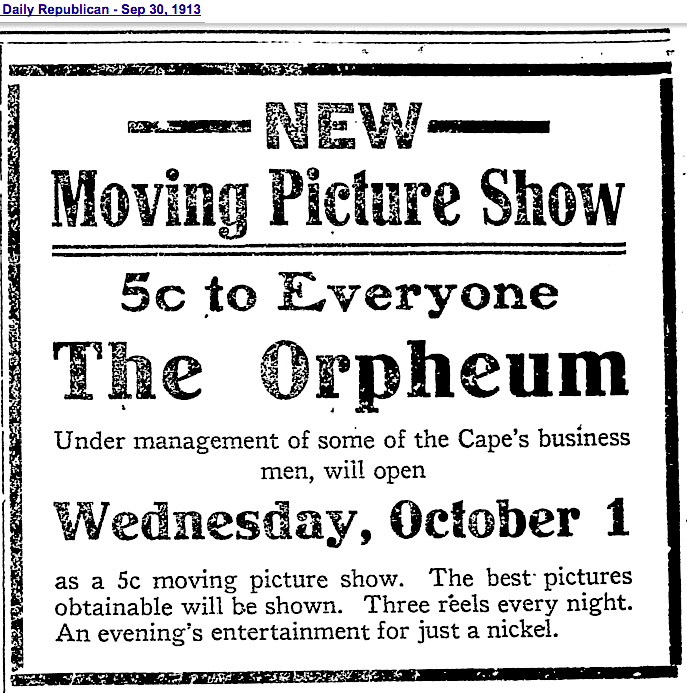 That theater was replaced early in November 1917 by a new Orpheum Theater in the 600 block of Good Hope Street, built by Tony Haas and managed by Henry Sanders and Clarence Nenninger. The old location eventually became a bakery and was torn down in the spring of 1970. A story in the Cape Girardeau Bulletin from April 2, 1970, provided more details of that theater. 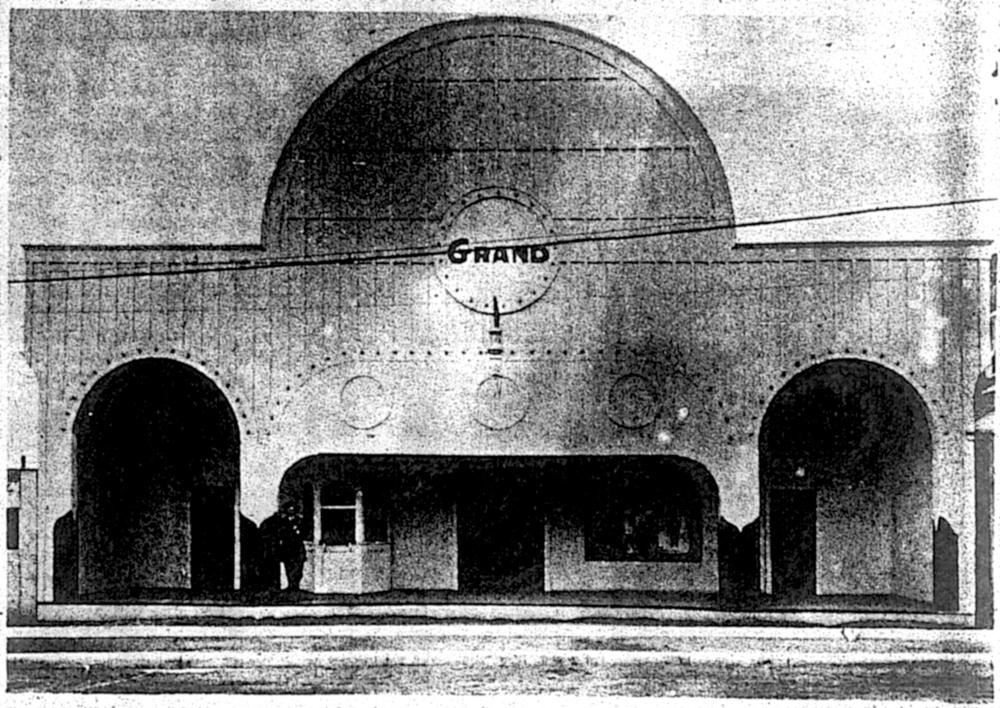 GRAND THEATRE SITE TO BE CLEARED

The frame building owned by F.C. Jones and located next to the Bunny Bread building on Good Hope is being razed. Many senior citizens have reflected on the history of this property and the following information was submitted to the Bulletin by John Frenzel.

"Around the year of 1910 a motion picture theater was built on Good Hope Street. It was a frame structure with a tin roof. The seats were bleachers. Some years later when the old theater in the Forest Park Highlands in St. Louis was discontinued the seats were purchased and installed by the owner, in the Good Hope Theatre. The seating capacity at that time was 700.

"Herman Bock was the first owner. He was also the operator of the motion picture projector. He later went into partnership with Mike Doyle who then took over the job of running the projector. During this early period the films were silent. At times a three piece orchestra, which consisted of John Frenzel, Elmore Kassel and Bessie Chappel, was engaged. Frenzel played trumpet, Kassel violin, and Miss Chappel the piano. Miss Chloe Kassel was often engaged to sing illustrated sons and to set the mood of the film with piano selections. Pauline Russkamp was the ticket seller and doubled as accompanist to Miss Kassel.

"The entire show bill consisted of a silent film and vaudeville acts. Complete shows were changed three times a week."

The writer, who operated the show for a period under Mr. Bock recalls the story of a "vaudeville act consisting of an Indian Chief, his daughter, and her husband who were billed as 'Jack The Sharpshooter'." Jack did all sorts of trick shooting. One of his feats was to shoot the ashes off a cigarette in his wife's mouth. It seemed to Jack that his gun wasn't shooting straight enough and he asked if he could get another gun. The writer said he had one at home and so the trick shooting continued with the borrowed gun.

Some of the other people who operated the show through the years were Adolph Deitrich, Joe Sheppard, T.T. Hamilton of St. Louis, The Alhambra Dramatic Stock Company and the Jack Amick Musical Stock Company. The Alhambra Co. offered high class productions such as "East Lynne" and "Old Kentucky." The bill was changed twice each week. The Jack Amick Company included chorus girls and comedians. The writer recalls an occasion when a popular young comedian was married on the stage of the theater. The house was packed and there were even people standing the aisle3s. It's hard to imagine what would have happened if a fire had broken out.

During those many years this was the only theater offering stage shows. It was in operation until the new Broadway Theatre was built. The writer recalls that the Orpheum had the first talking pictures in town. A man and woman stood in the wings and narrated the whole film. Real "talkies" were never offered here, however, because it closed before the advent of the talking film period.

The theater was operated under different names. It was opened under the name Grand, later it was changed to New Circle and finally Orpheum. 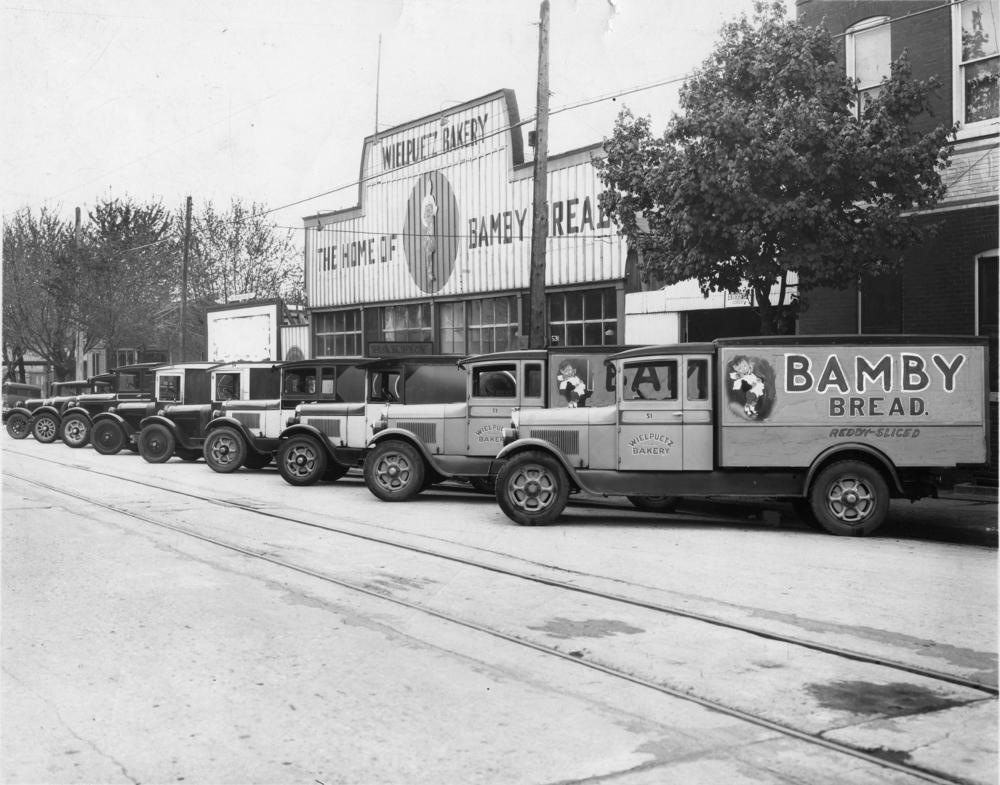 In later years, Max Wielpuetz operated his bakery out of the former Grand Theater building. This was the building that was taken down in 1970. (Southeast Missourian archive) 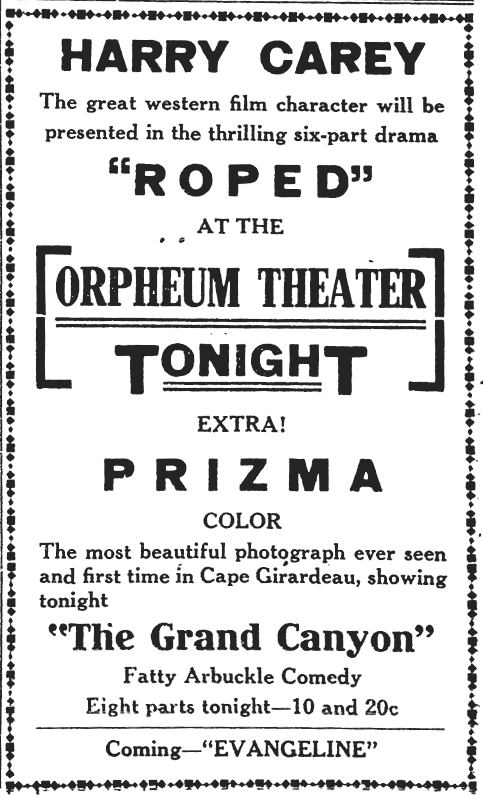 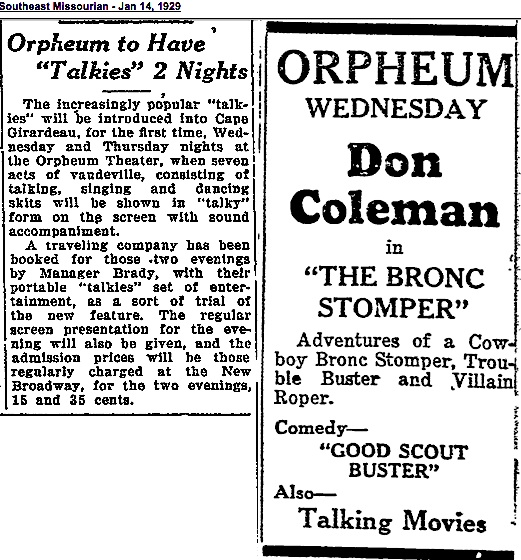 The Orpheum continued to operate until February 1954, when it closed because of "lack of patronage." In its last years as a theater, the Orpheum was reduced to showing low-budget films or pictures which had appeared earlier at other local theaters. In March 1954, Lester Rhodes purchased the structure from Fox Theater with plans to level the floor and remodel it into retail space.

Plans were announced late in December 1991 for the building's demolition. A fire call to the building adjacent to the Orpheum had revealed that part of its roof had collapsed. Before the demolition could begin, the roof fell in completely in June 1992. The following May, demolition finally began. 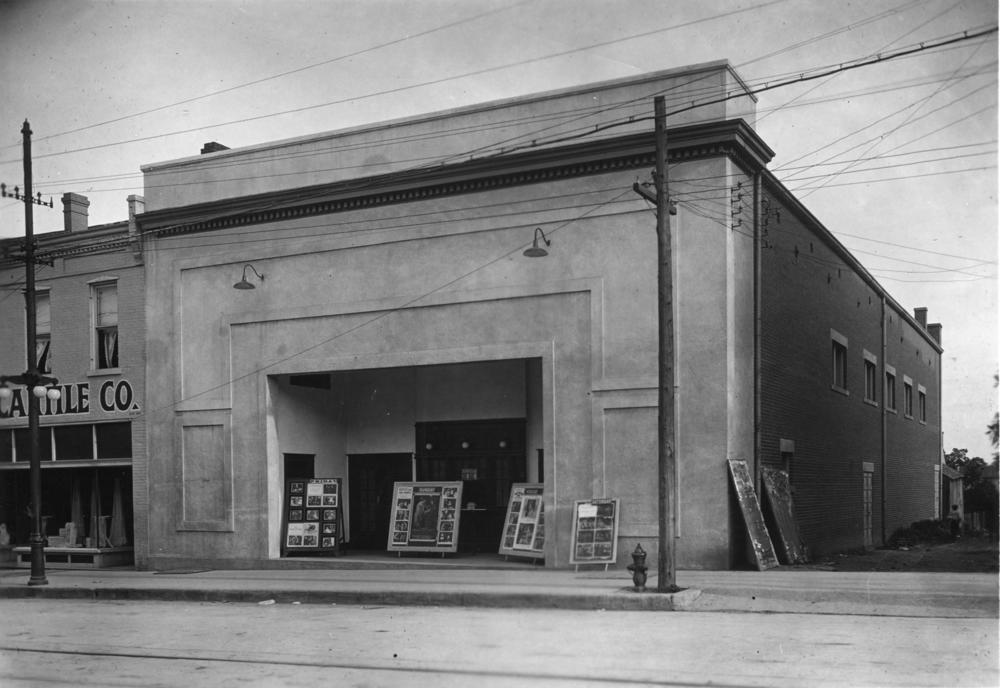 This photograph of the Orpheum Theater in the 600 block of Good Hope Street was taken in the 1920s. (Southeast Missourian archive)