Late in December 1941, fire severely damaged the pretentious home of Mr. and Mrs. Charles Himmelberger at 325 N. Sprigg St. While the conflagration did extensive damage to the home, the occupants -- Charles and Louise Himmelberger -- were uninjured.

The 1941 blaze wasn't the first time the house was damaged by flames. On Sunday, Feb. 26, 1939, firefighters answered an alarm to the house at 5:40 in the morning. While the fire was contained to a single room on the first floor, the rest of the house was filled with dense smoke. The Himmelbergers, asleep in a room at the southwest part of the house, which had been added just a few years before, were awakened by a crackling noise that was assumed to be a prowler. However, they soon smelled smoke and raised the alarm.

In the case of the 1941 fire, the alarm was given by a caretaker, Oscar Anthony. And just as he did in 1939, Charles Himmelberger made immediate plans to rebuild.

However, I would imagine reconstruction took longer after the second fire, because of the restrictions placed on the building industry by the federal government because of World War II.

Rebuild he did, however. Perhaps his position as owner of Southeast Lumber Co., aided that effort.

Charles A. Himmelberger died June 30, 1949, in Kenora, Ontario, while on his way to Lake of the Woods, an annual outing for Himmelberger and several other prominent Girardeans. Louise Vasterling Himmelberger died May 7, 1955, following emergency surgery. Her obituary notes, "Mrs. Himmelberger lived all her life within a two-block area of her home at 325 N. Sprigg St., and except for a short period resided on Sprigg Street." 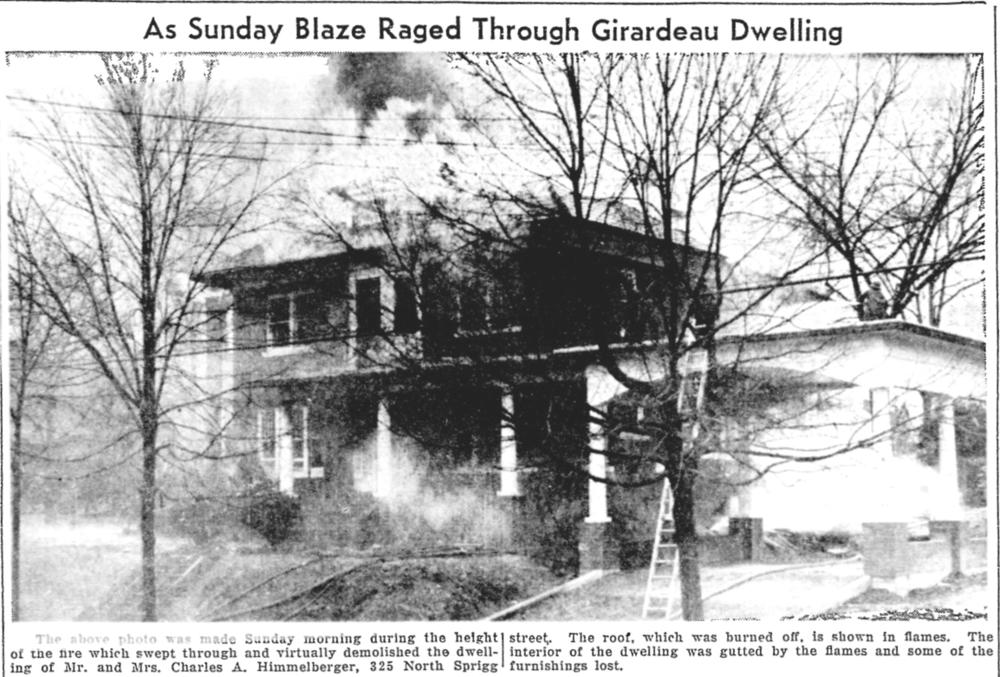 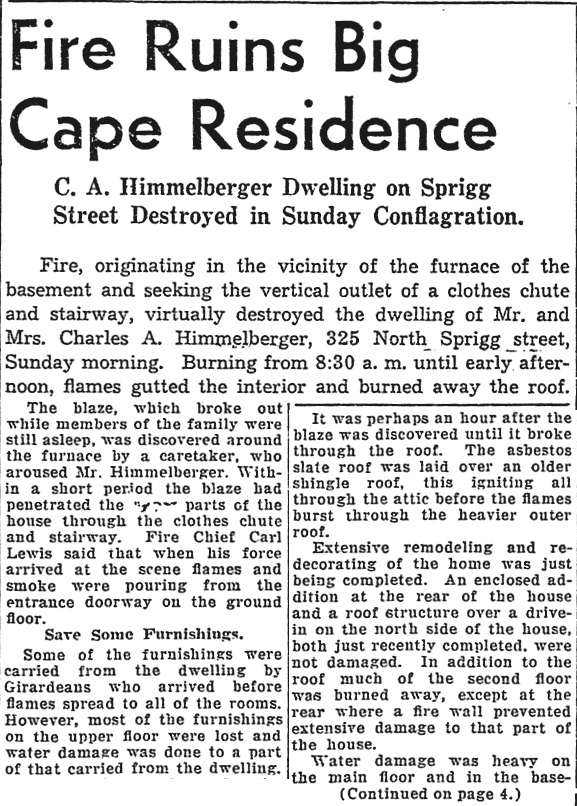 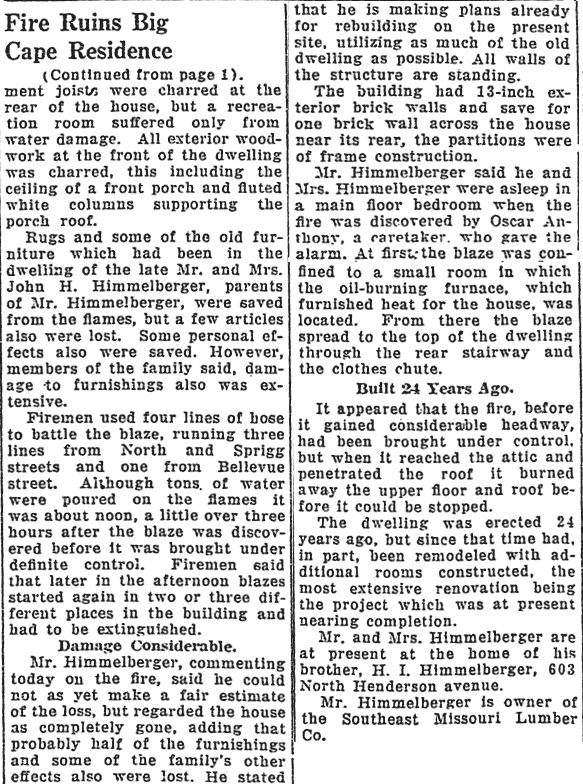