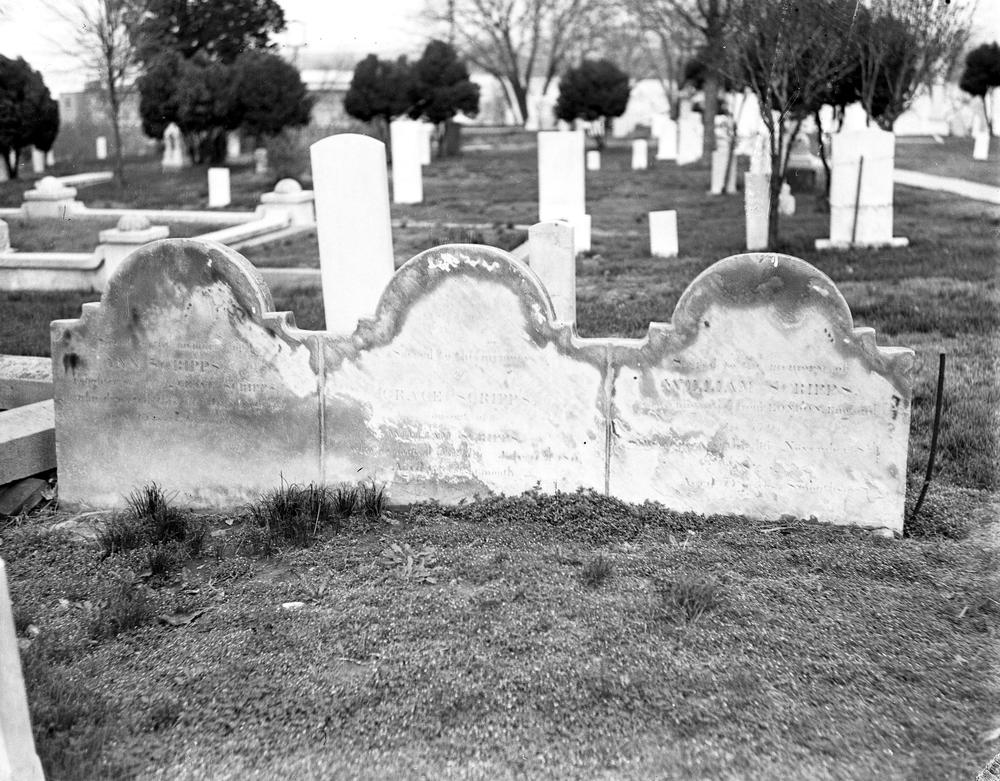 This image of the Scripps marker in Old Lorimier Cemetery accompanied the 1938 article reproduced below. It was taken by G.D. Fronabarger. (Southeast Missourian archive)

Among the most unusual grave markers at Cape Girardeau's Old Lorimier Cemetery is that of William Scripps and his wife and daughter. The stone, shaped like three individual grave markers, was erected in the 1820s, before there were paved streets to the old burial ground. It is likely the stone was hauled to this lofty site by a boat or barge of some kind. Just how it was transported to its final resting place is a wonder to me.

The stone was pointed out to those of us who were on a tour of the cemetery given by Southeast Missouri State University's Office of Extended and Continuing Education in October. It was noted that Scripps was a tanner, who came to the United States from England, eventually settling in Cape Girardeau.

I had heard of Scripps before the tour and was aware of his connection to the Scripps publishing empire. But this story printed in the Southeast Missourian in 1938 explains the history better than I can. 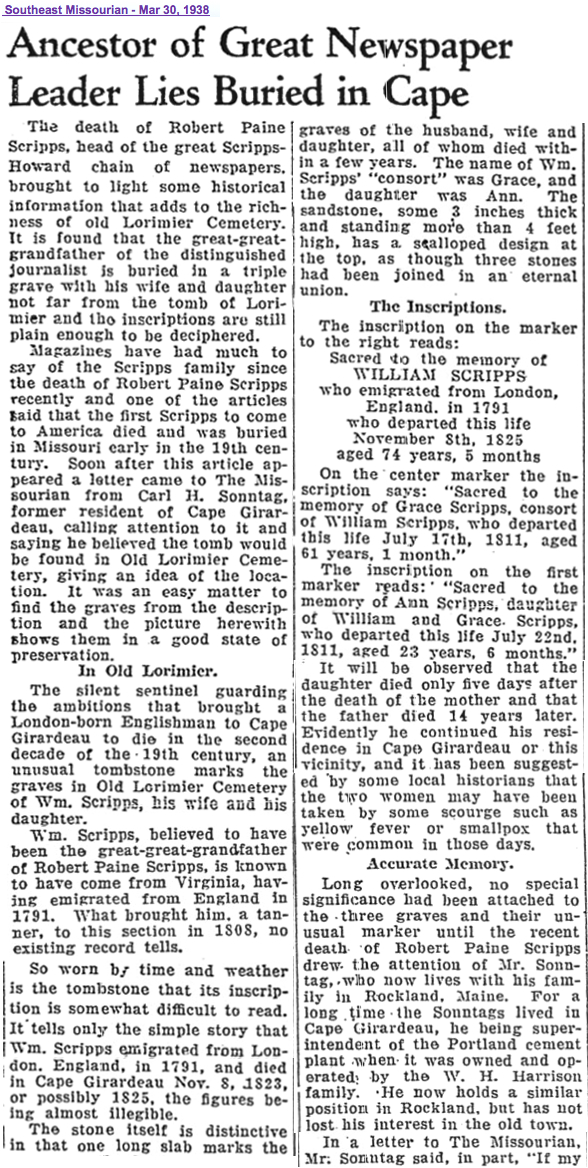 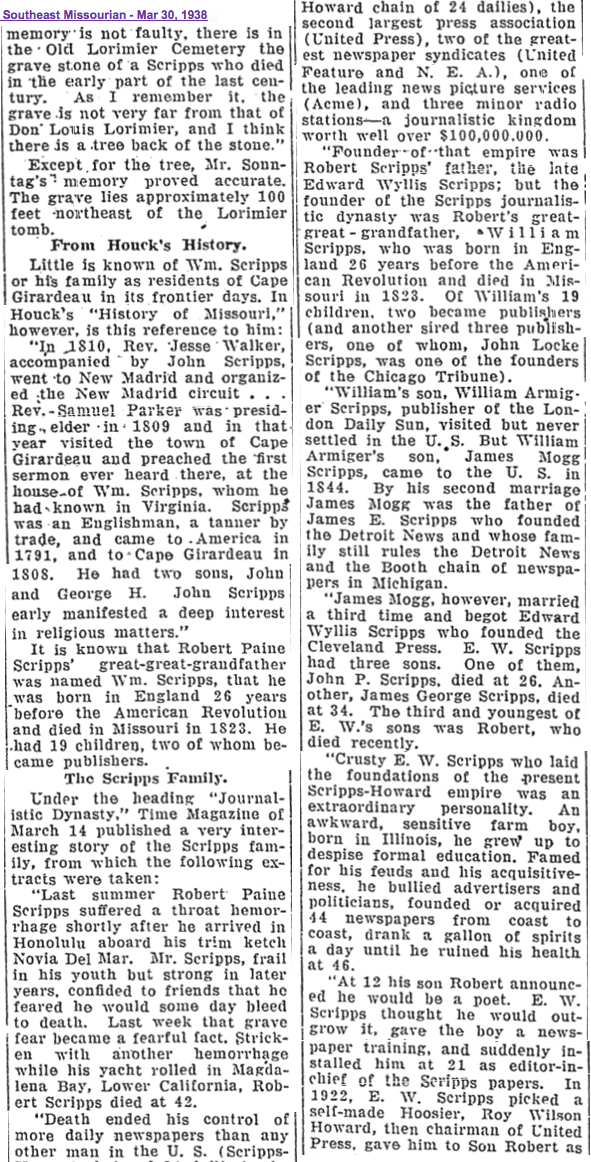