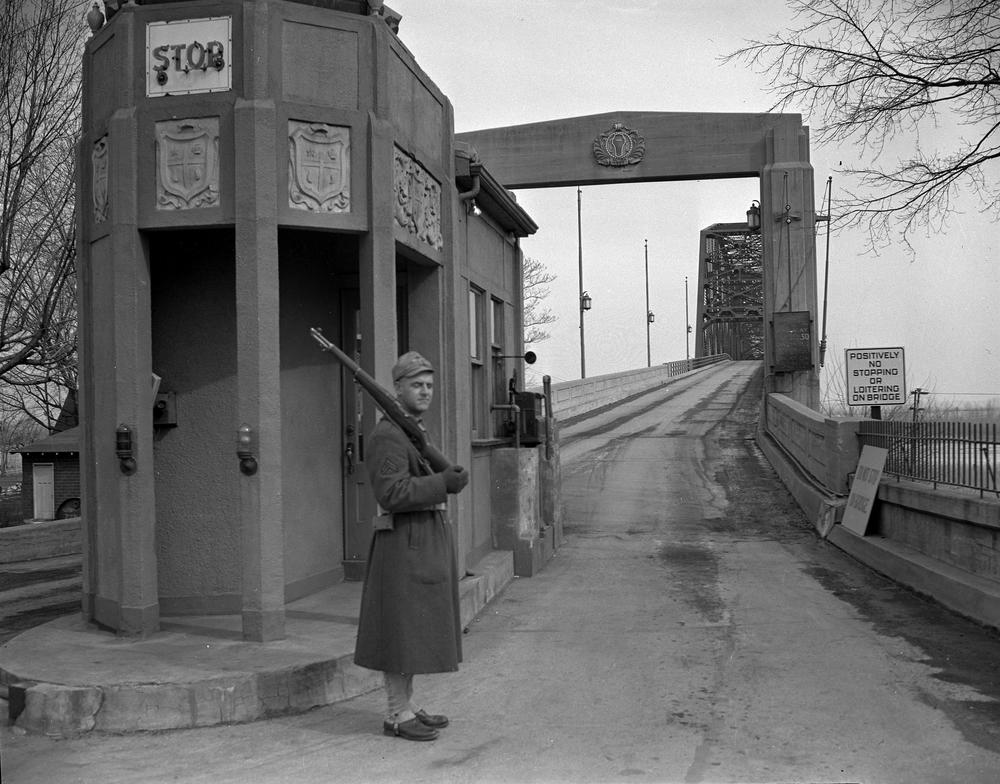 Last week in this space, I brought you several articles detailing the Missourian's coverage of local sailors who lost their lives in the surprise attack on Pearl Harbor, Dec. 7, 1941.

In researching that blog, I wondered what the local reaction to America's entry into World War II was. In the immediate aftermath of the attack, several Missourian articles dealt with the men and women who were known to be living and working in the Pacific. Lists appeared of the names of these people.

One of the most immediate reactions to the war was the posting of guards on the bridges that cross the Mississippi River. This included the traffic bridge at Cape Girardeau and gave us one of the most well-known of G.D. Fronabarger's images, seen above.

For this blog, I've pulled together several of those stories that appeared on the pages of the Southeast Missourian in the days that followed start of the war. 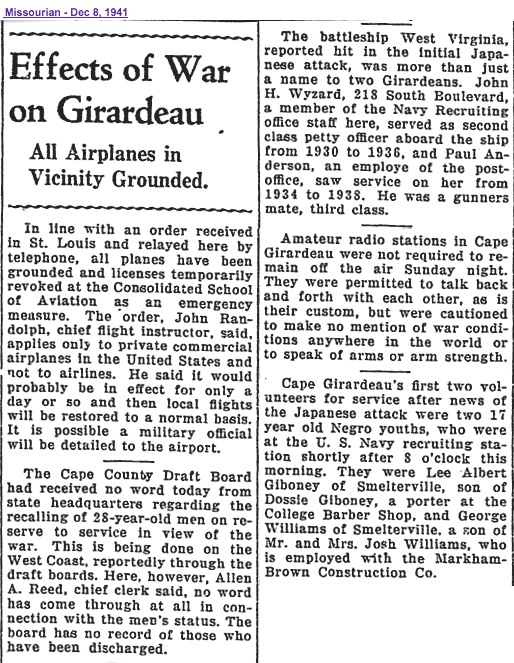 This was the Southeast Missourian's editorial from Dec. 9, 1941: 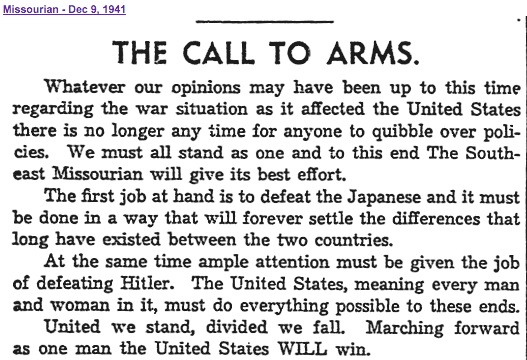 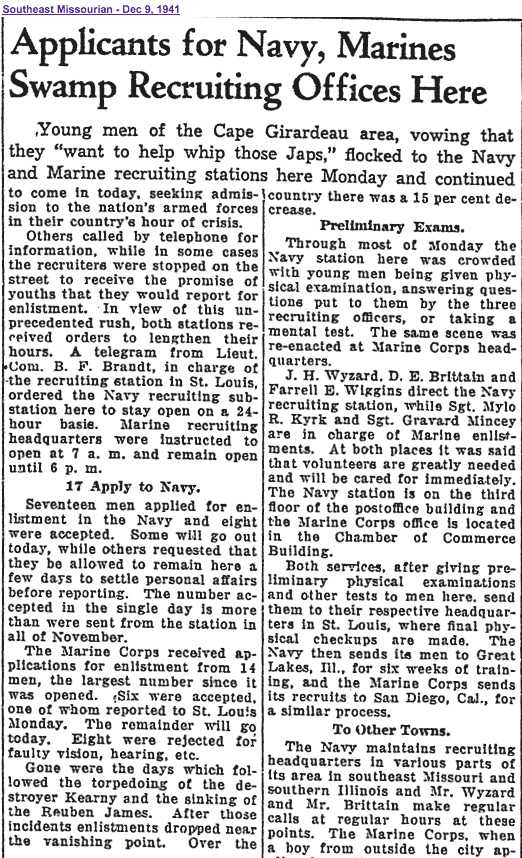 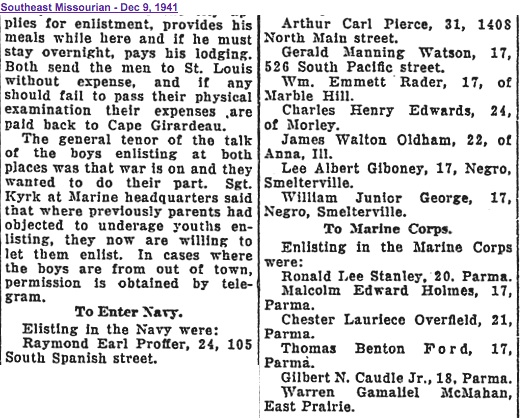 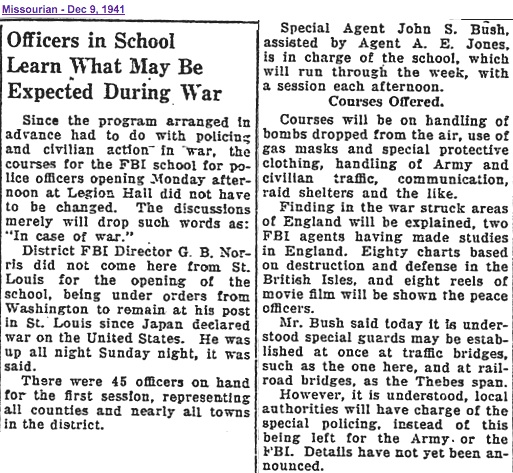 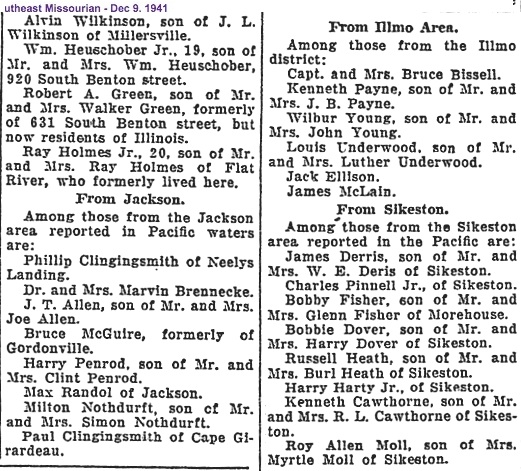 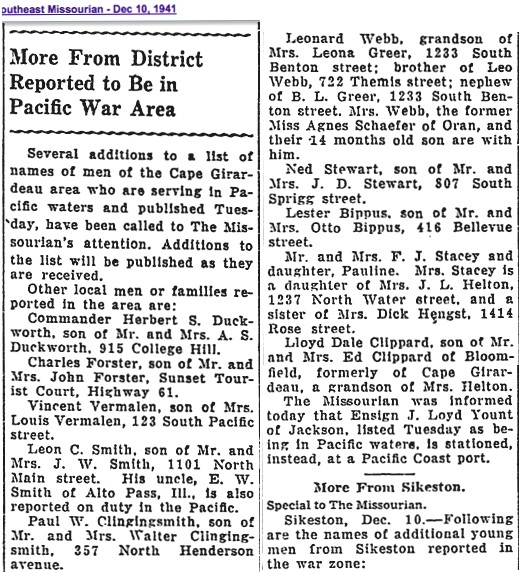 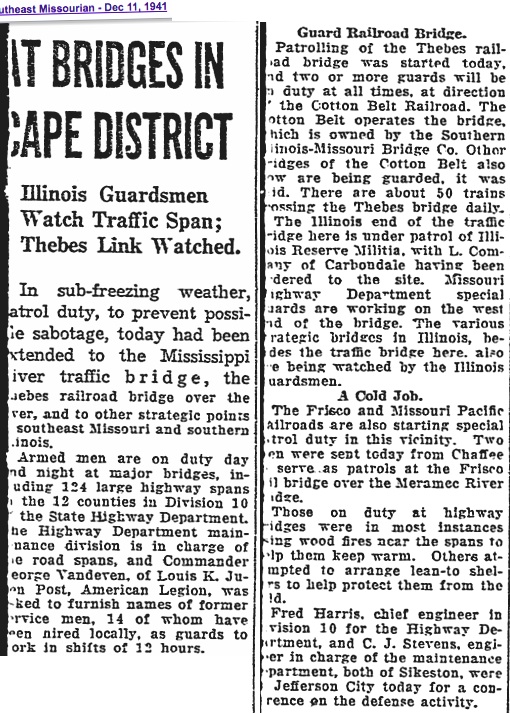 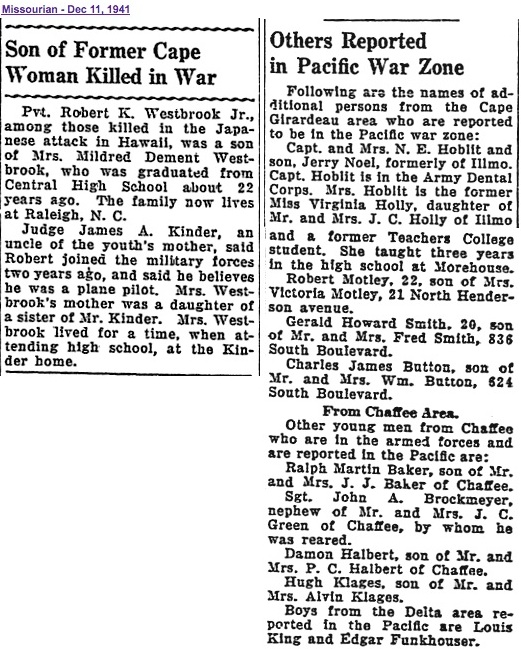 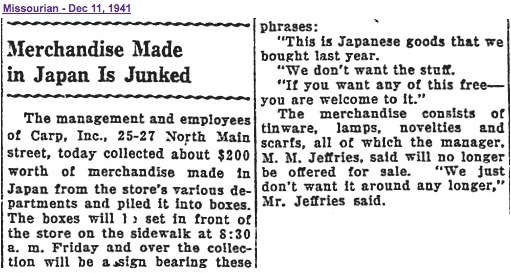 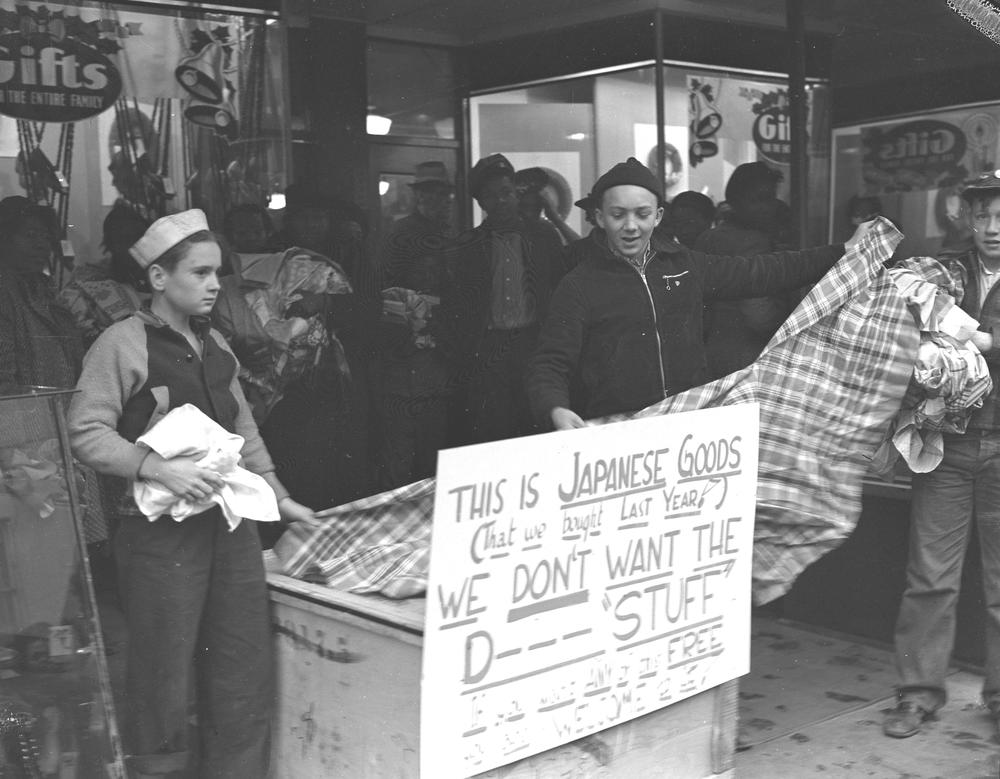 Japanese-made merchandise went rapidly early today when $200 worth of the stuff, consisting mostly of novelties, was placed in front of the Carp Co. store on Main Street. Withdrawing the goods from sale, the store management took this means of getting rid of it. The sign in the picture indicated the decision. (G.D. Fronabarger ~ Southeast Missourian archive)