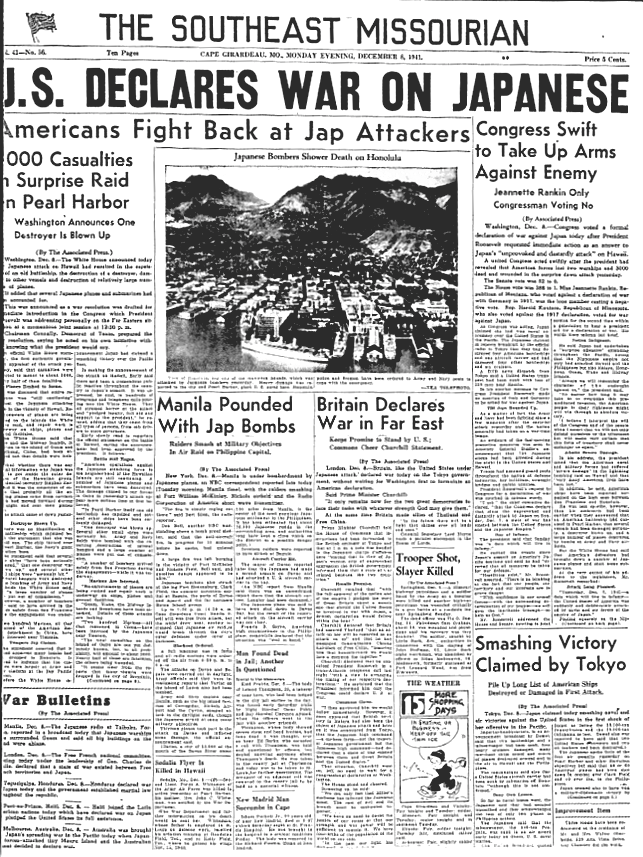 The world changed on Dec. 7, 1941, as the United States of America was ushered into World War II, willing or not.

That morning, Japan attacked Pearl Harbor in the Hawaiian Islands, killing around 2,400 Americans, including two sailors from Cape Girardeau County. While we easily remember the name of the first man killed from Cape County -- Lloyd Dale Clippard -- how many of us know the name Noble Harris?

Young Harris of Fruitland died on the Arizona. One of his shipmates, who was also killed that day, was Harold E. Beggs of Bollinger County.

Scott County, too, lost a sailor at Pearl Harbor: Kenneth M. Payne of Illmo. He died aboard the California.

As we remember Pearl Harbor Day and the 75th anniversary of the start of World War II, I've pulled together the earliest clippings about the deaths of Clippard, Harris and Payne. Unfortunately, I could find nothing in the Missourian files about Beggs. 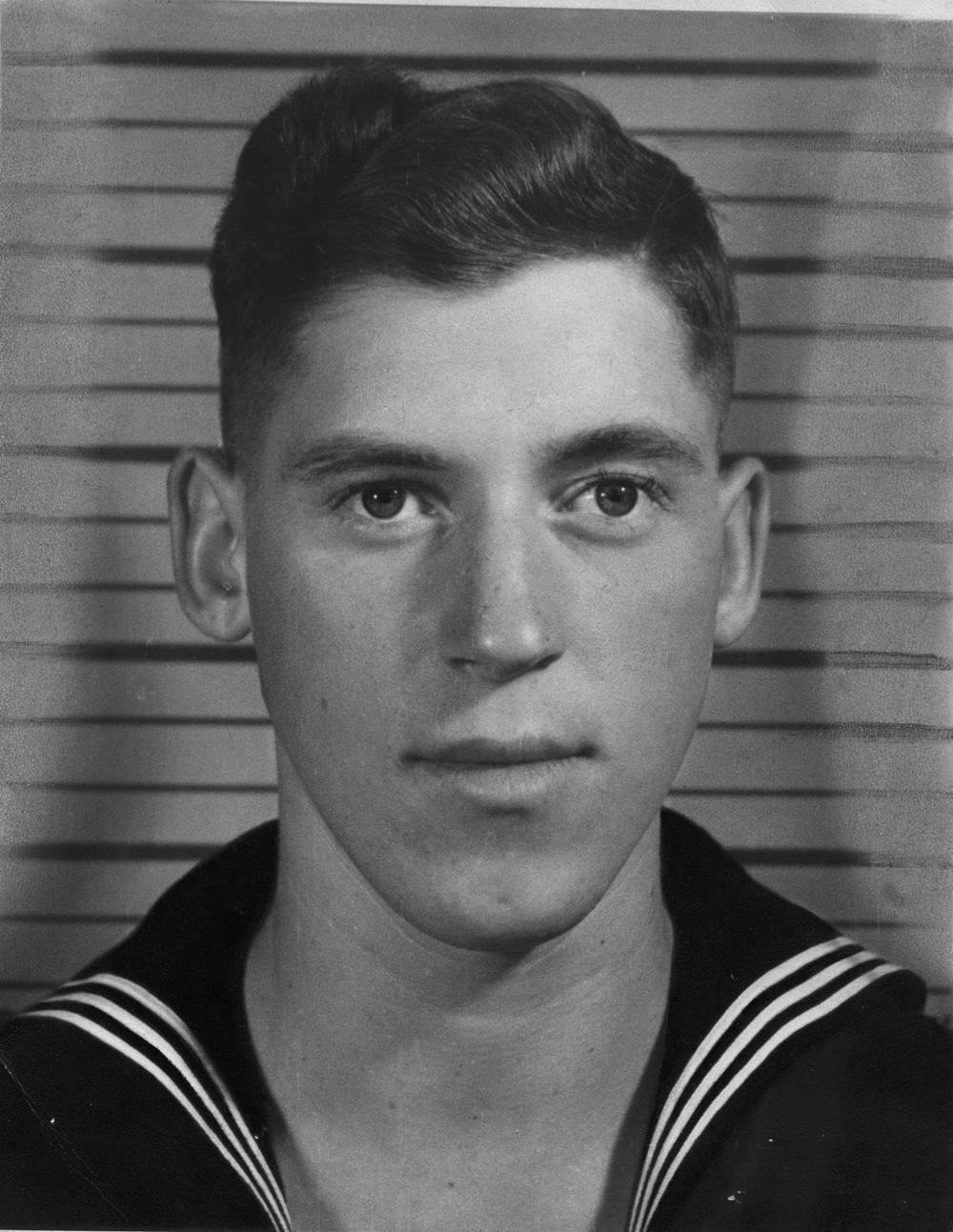 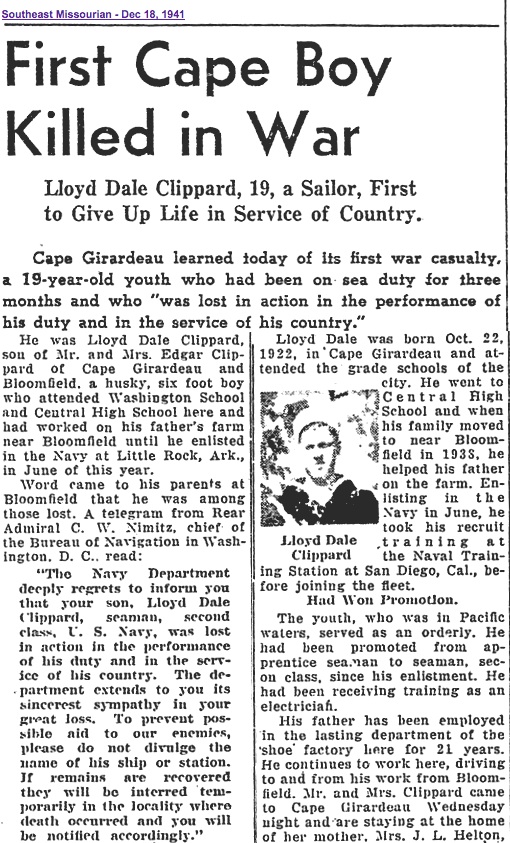 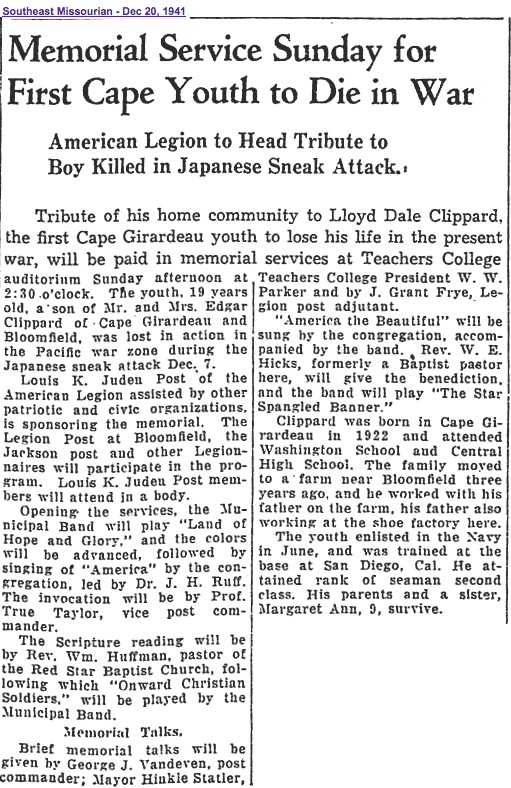 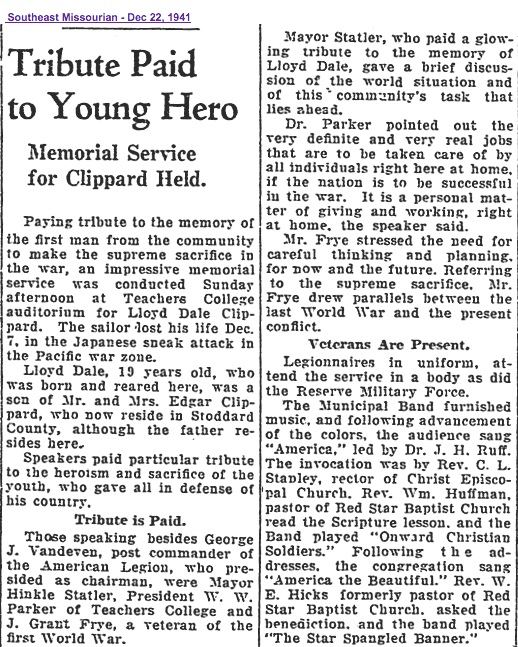 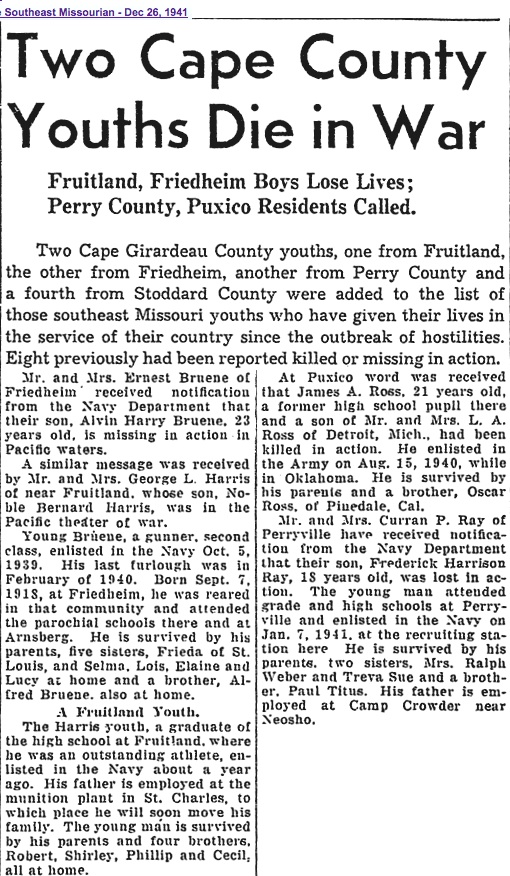 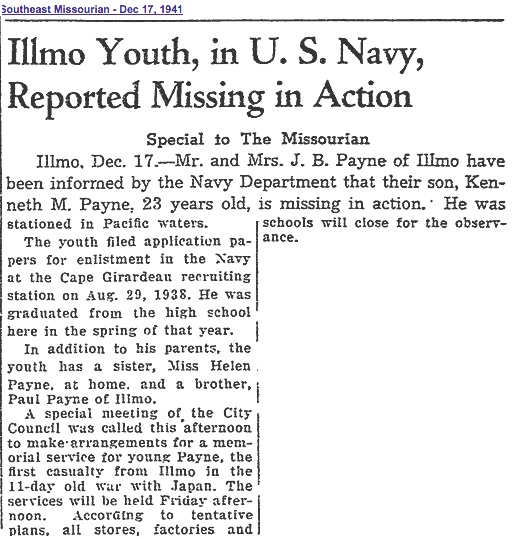 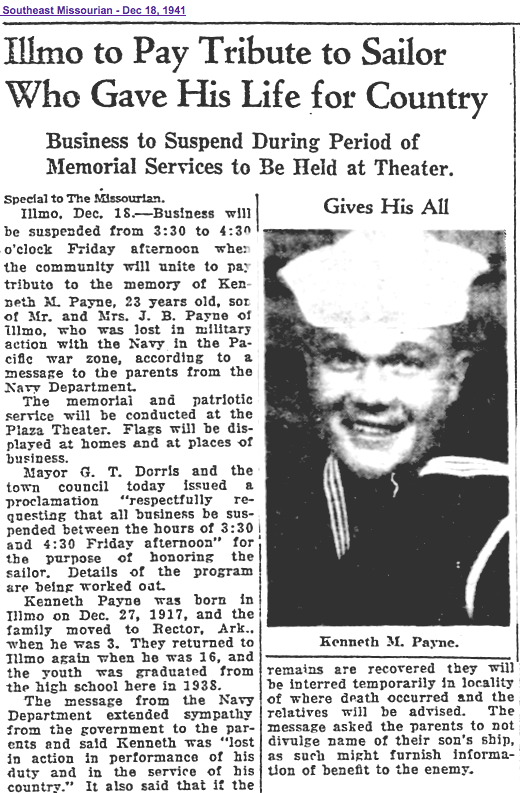