Unless you're very familiar with St. Louis artists of the past, or are a student of Cape Girardeau history, you probably have never heard of F. Humphrey Woolrych.

Still, what is certain, is that Woolrych was a talented artist, who lived and died in St. Louis. And it's because of his talent that Cape Girardeau has an image of a long-ago landmark: Cape Rock.

In an attempt to preserve the original appearance of Cape Rock, prominent attorney I.R. Kelso commissioned Woolrych to paint its portrait in 1935. That story was retold in 1941, when Woolrych died. 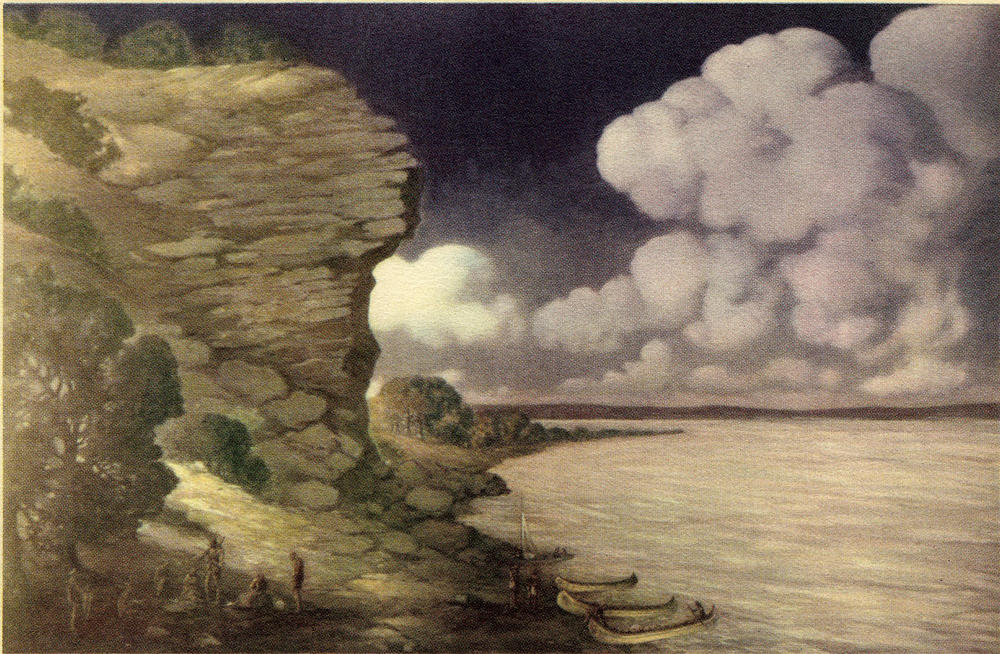 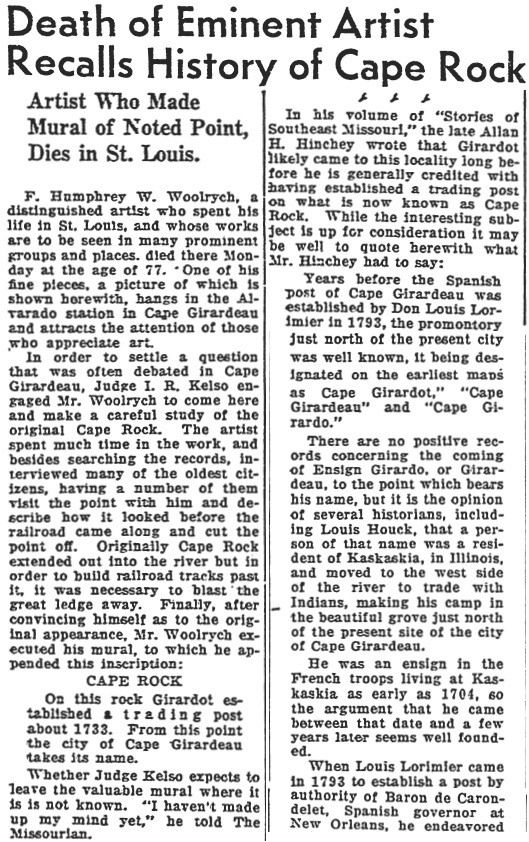 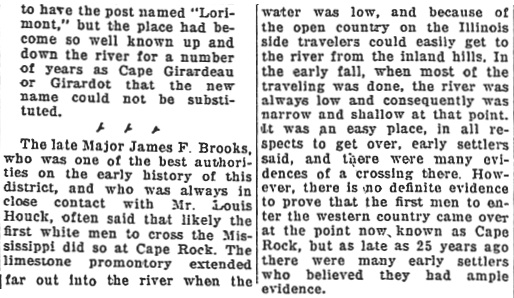 Woolrych made a name for himself painting nudes, landscapes and portraits. He studied art in Berlin and in Paris, where he met his future wife, Bertha Hewitt, who was also an artist. Among F. Humphrey Woolrych's most noted works is a mural, "Wealth of the North," at the State Capitol in Jefferson City, Missouri.

His portrait of Cape Rock hung for years at Kelso's Alvarado restaurant at Broadway and Kingshighway. But in 1943, fearing it might be damaged at that location, Kelso had it removed and donated it to the State Teachers College (now Southeast Missouri State University), hoping that it "would be safe and would render a greater service if placed in the college." It later found a home in the University Museum.

It should also be noted that our understanding of Cape Girardeau history is constantly being challenged. This includes what had been commonly accepted about Ensign Girardot. The most recent theories concerning the founding of Cape Girardeau were advanced by Dr. Frank Nickell in March of this year. You can read about his research here: http://www.semissourian.com/story/2289953...