20th anniversary of May Greene School

Nowadays, young people have never heard of May Greene or her long history as an educator in Cape Girardeau. About the only thing to remind the public of this pioneer teacher is the small park that bears her name at the northeast corner of Themis and Fountain streets.

But in years gone by, Miss May's name also graced a neighborhood school in the south end of town. She was held in such esteem that the board of education unanimously named the new, Ranney Street school in her honor on May 21, 1921, while she was still a principal working in the Cape Girardeau public school system.

Miss May was born May 7, 1861, in Dallas (now Marble Hill), Missouri. Her father was George Greene, an early supporter of public education in Cape Girardeau. She attended the Normal School, now Southeast Missouri State University, and began teaching at Old Lorimier School in 1878 or 1879 -- records conflict. She retired in 1932, after serving this school district 53 years.

While the Missourian has preserved numerous historic photographs, a good image of an adult Miss May is not among its collections. Her picture was taken at the school's anniversary celebration, appearing in the Nov. 19, 1941, edition of the Southeast Missourian. 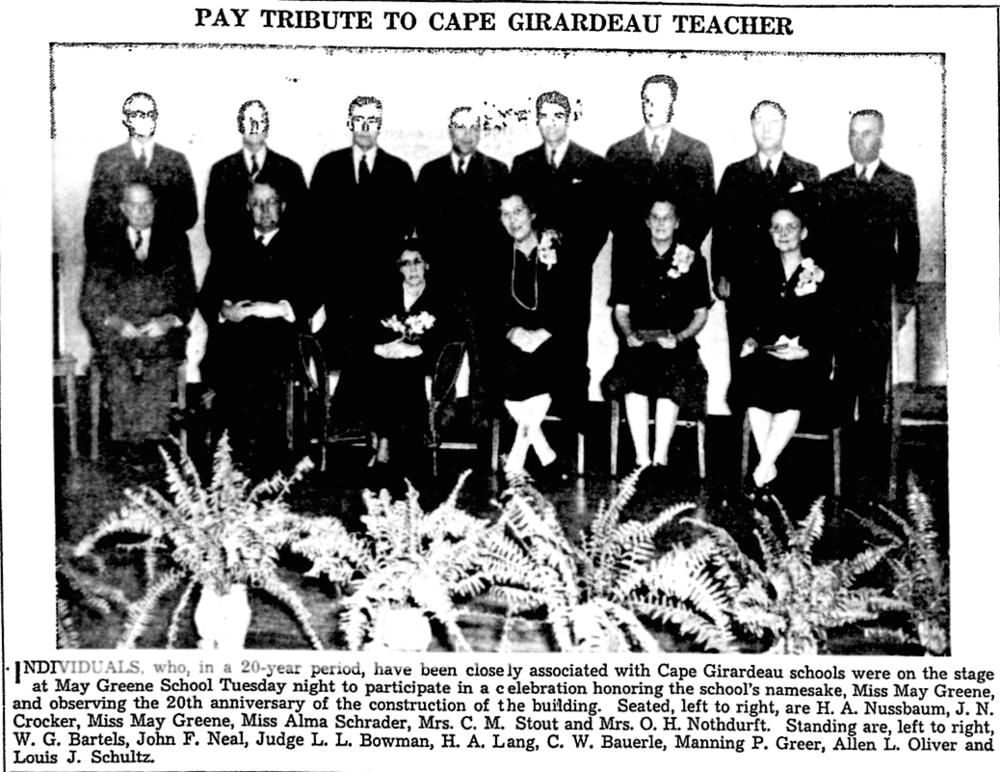 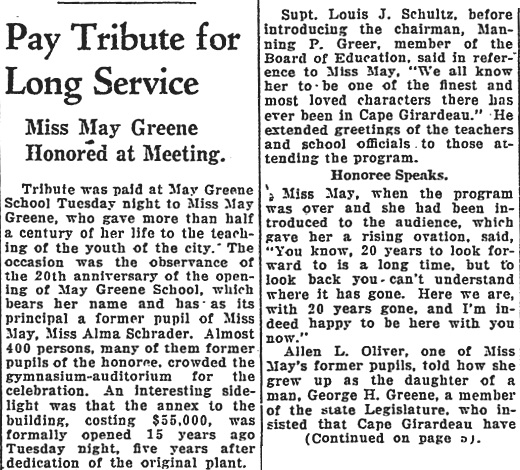 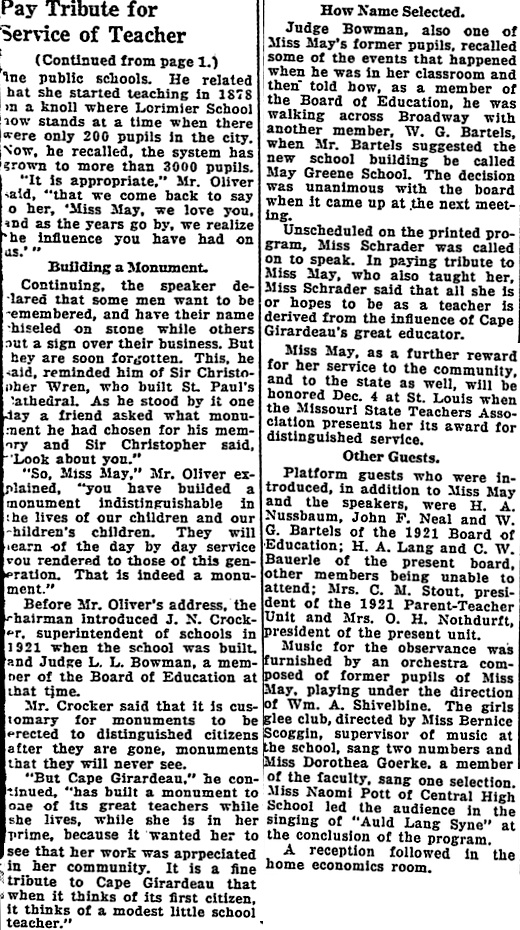 The following month, Miss May received another special recognition. 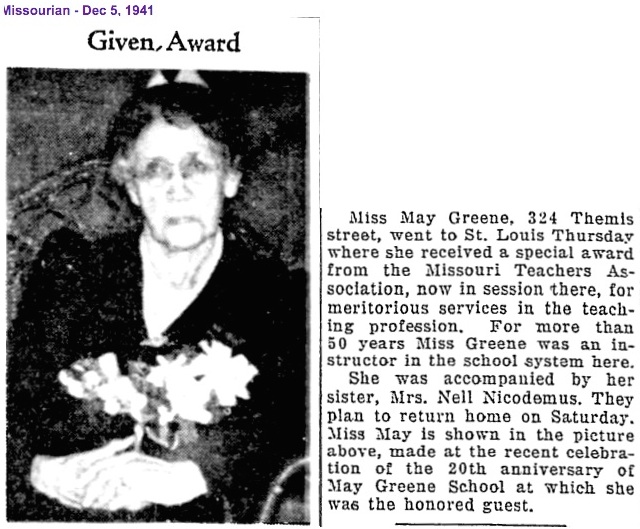 May Greene School served this community until 1999. It was sold in December of that year to Cape First Assembly of God. That church uses it as an outreach center, having renamed it the House of Hope. 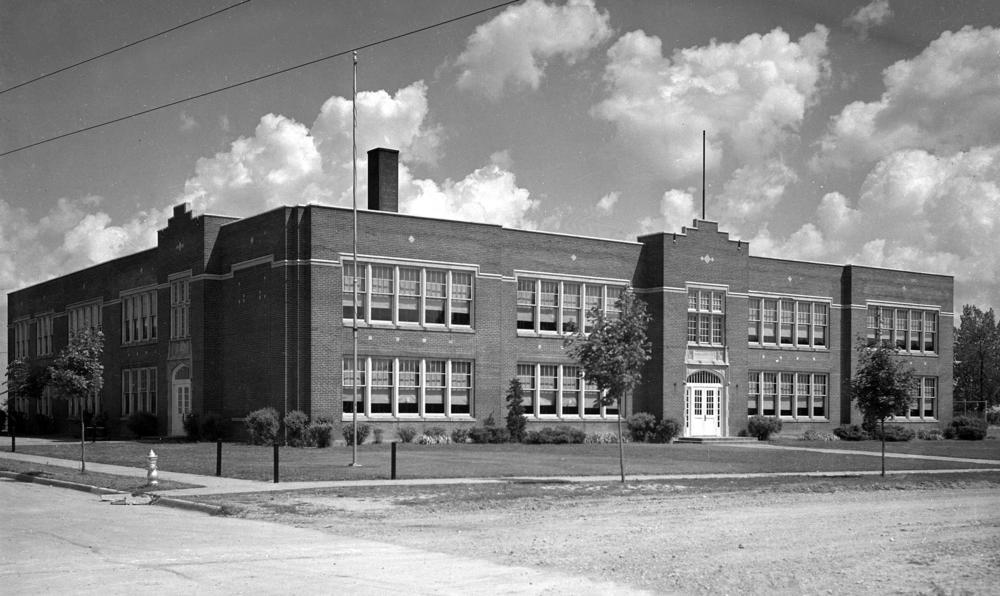 This view of May Greene School was taken in the 1950s. (G.D. Fronabarger ~ Southeast Missourian archive)