Published Sept. 11, 1925, this photo shows the entire Cape Girardeau Fire Department fleet of trucks. The two Robinson engines purchased in 1916 -- the Jumbo pumper and the hook and ladder trucks -- are center and far right, respectively. The vehicle at left was a smaller pumper/chemical truck the city acquired in 1925. Driving the engines are, left to right, Chief George French, and firemen P.L. Niswonger and Robert Tille. (Southeast Missourian archive)

In recent weeks in this blog space, we've been exploring the history of the Cape Girardeau Fire department. Last week's installment dealt with the city's purchase in 1916 of two Robinson fire engines: A Jumbo pumper truck and a hook and ladder truck.

Although critics of the purchase -- especially The Daily Republican newspaper -- felt the trucks were too powerful for Cape Girardeau, they remained in service a couple decades. Jumbo, especially, seemed to attract a lot of attention and a lot of print over the years. Here's a collection of some of the articles I found about the big pumper truck, including one about its ultimate fate. 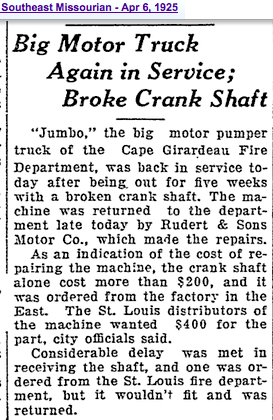 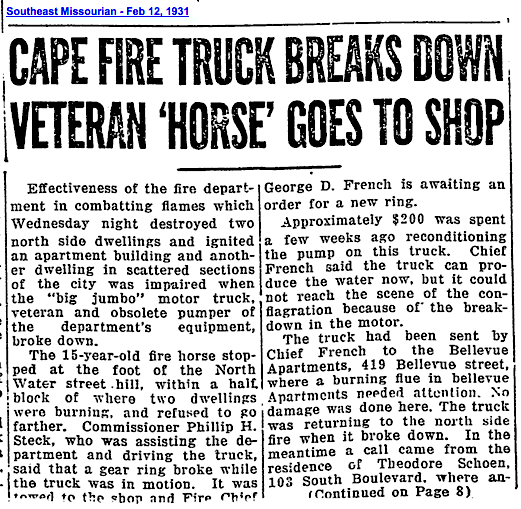 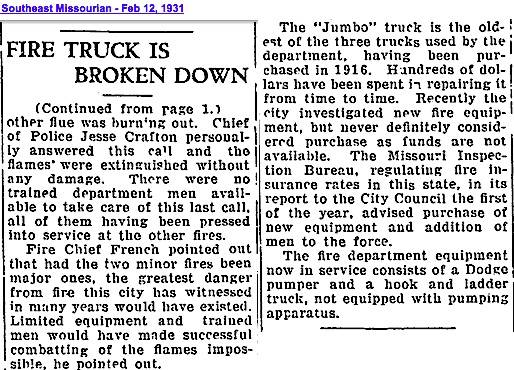 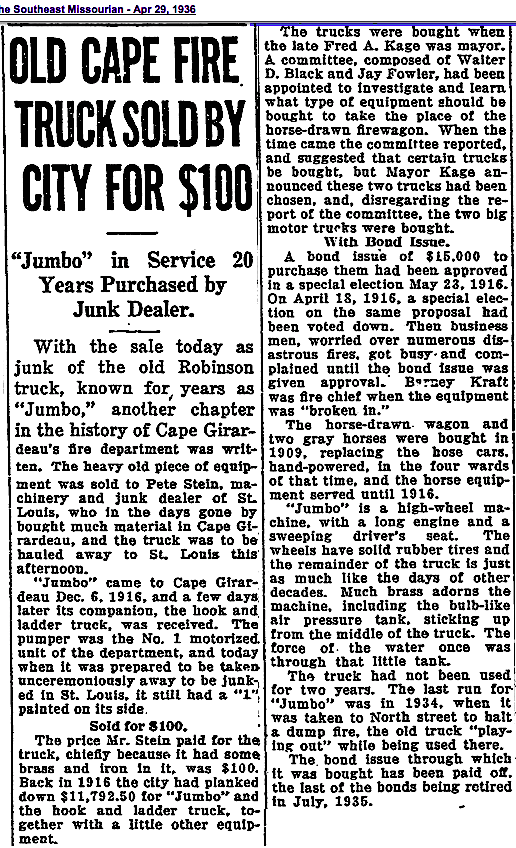