Filming the 'Blues' in Cape Girardeau

Back in 2012, I wrote a blog about "Cape's own movie," filmed here in 1940. But that wasn't Cape Girardeau's only brush with silver screen stardom.

Two years before that, in 1938, Hollywood came knocking as a crew shot footage here for "St. Louis Blues," starring George Raft, Dorothy Lamour, Adolph Menjou and Edna Mae Oliver. While Cape Girardeau didn't play a featured role in that movie, as it did in "We're in the Movies," "Blues" was a major film with star talent produced by Paramount.

A four-man crew -- Billy Shea, director; Dewey Wrigley, cameraman; James Critchley, grip, and Bob Rhea, assistant camerman -- began its work July 16, 1938, filming scenes along the Mississippi River here. A newspaper article published in the Southeast Missourian that day noted: "In the picture, to be released about Nov. 1, Cape Girardeau will be one of those mythical towns in the scenes and will carry the name of 'Two Rivers.' St. Louis will have its real identity. The shots are being made from boats from here to St. Louis."

Here's a more detailed story about the shoot. 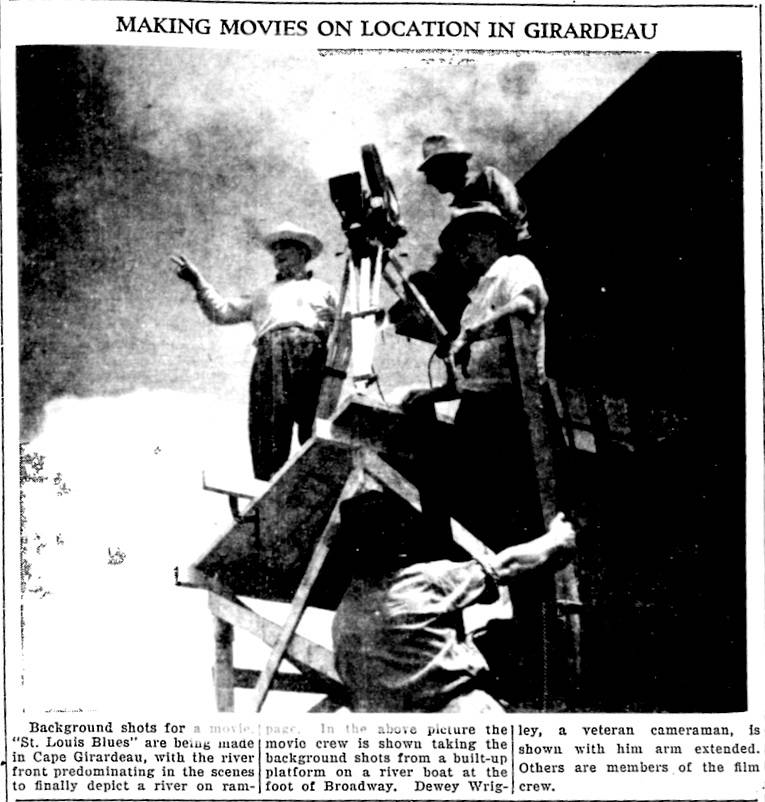 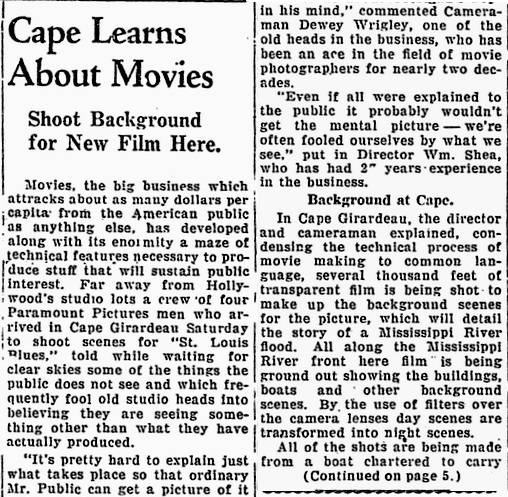 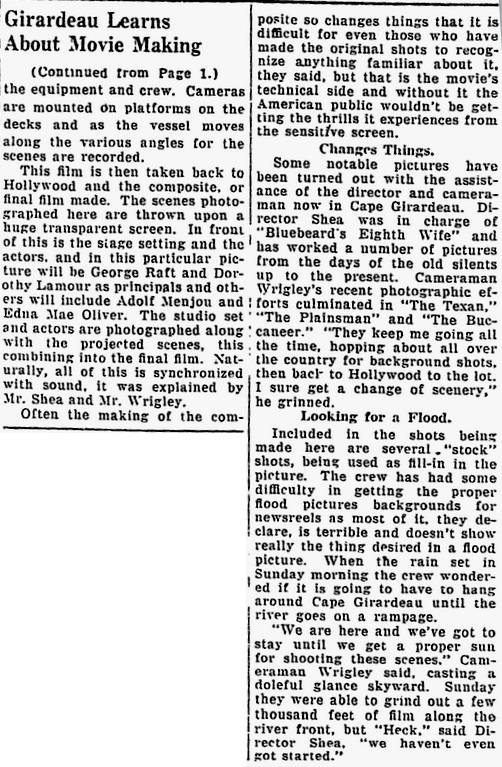 The predicted date of the film's release was apparently optimistic. It didn't make Cape Girardeau theaters until March 1939.

It played at the Broadway Theater for only three days. Roy Cato, manager of the movie house, told the newspaper that 1,500 persons attended the first day's showings. The brief article also noted, "There are glimpses of scenes along the Mississippi River at Cape Rock that are recognizable."

Keep an eye out for "St. Louis Blues" on the television networks that show old movies. Perhaps you'll catch a glimpse of Cape Girardeau from long ago.