Nellie Holcomb was a hero 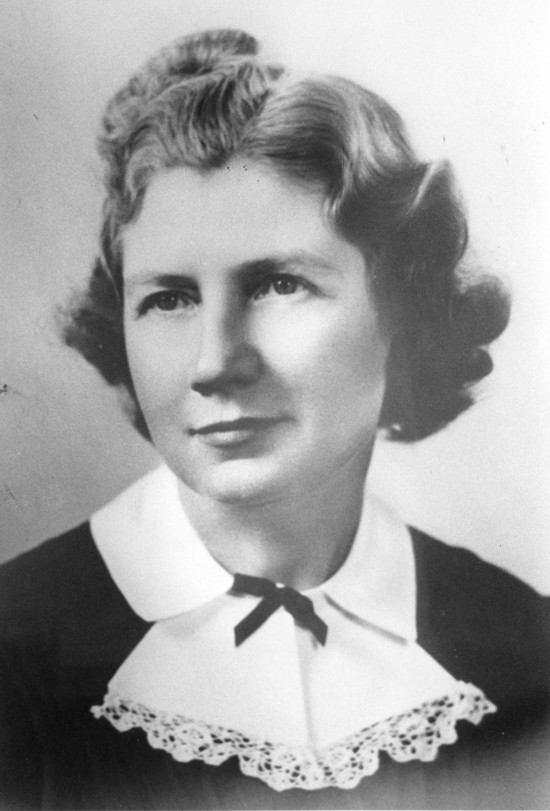 Most people living in the Cape Girardeau area are familiar with the Nell Holcomb School District. But did you know that the rural district's namesake was a hero?

Nell Jerene Holcomb was the daughter of John T. and Martha J. Hopper Holcomb. Her death certificate says she was born on Sept. 12, 1896, in Cape Girardeau, but the obituary published Jan. 19, 1963, in the Southeast Missourian clarifies she was born in the "Hobbs community" and was a member of Hobbs Methodist Chapel.

Holcomb, who would teach in Cape Girardeau County schools for almost half a century, began her own education at Juden School, north of Cape Girardeau. She then attended Old Lorimier School, the Third District Normal School and, finally, Cape State College. During her career, Holcomb taught first at Coker School, then Egypt Mills School, Randles School, and Jackson Elementary School. She ended her work as a substitute teacher for the Cape Girardeau Public Schools in 1960.

The school district which bears her name was created by a school consolidation vote in August 1956. The R-4 district combined the small schools of Indian Creek, Iona, Egypt Mills, Juden, Coker and Brooks. Four years later, after the construction of a new school, the R-4 District became the Nell Holcomb School District. The school was dedicated on Aug. 28, 1960, a bright Sunday afternoon that brought out hundreds of people to pay tribute to Holcomb.

The main speaker for the day, Cape Girardeau attorney Rush H. Limbaugh Jr., praised Holcomb as being more than just a teacher: "She has been a leader in public service to the people in these communities. This school bears your name, Miss Nell, not because the people like the sound of your name, but in appreciation for the many services you have rendered without complaint."

Her obituary added further details of her life as a rural school teacher:

"Always a hard worker, this educator was not disheartened by extra duties that came her way. Many a time she fed firewood to the stove to keep the schoolroom warm, and long before the government introduced the hot lunch program to schools, Miss Holcomb and her pupils at Juden School had their own hot lunch system in force.

"Many hundreds of children learned under Miss Holcomb, and in later years she was teaching children of former pupils in the same classroom.

"Always at home on the farm, Miss Holcomb felt her place was with the rural school children. She side-stepped the town schools for the country schools mainly 'because I'm a farmer myself,' she proudly asserted to her friends.

"She loved the dual role of teacher and farmer, and found the endless tasks of both jobs stimulating."

In my opinion, Nell Holcomb's work as a teacher for those many, many years makes her a hero. But early in her career, she proved to be a different kind of hero. Here's a story published on Saturday, Nov. 27, 1915, in The Daily Republican that explains.

LAD HAD GONE DOWN TWICE

Hurried home for dry clothing and returned to her classes -- modesty made interview difficult.

Nellie Holcomb, teacher at Juden School, three miles north of Cape Girardeau, sprang into the creek near the school Wednesday morning and pulled out a drowning boy, one of her pupils, Eugene Jones, a lad of seven years.

Miss Holcomb was in Cape Girardeau today and she was asked about the incident. Her modesty and shyness at any notoriety made an interview exceedingly difficult.

Miss Holcomb had the experience of her young life when she heard the commotion among her pupils at recess, which sent her bounding to the edge of the creek where she fully expected to find a pupil in the water.

Without hesitation she jumped over the high embankment on the south side of the creek and plunged into the water for the boy who was going down for the last time. According to many pupils who stood on the bank and watched him, too frightened even to give an alarm, he had disappeared twice and apparently gone to the bottom.

Went In Up to Chin.

Miss Holcomb went into the water up to her chin and was thoroughly soaked all over before she dragged the unconscious boy out and assisted the older boys of her class in pressing the water out of his collapsed form.

Out on the creek in the open space, the wind was blowing and the air was chilled through. Miss Holcomb suffered intensely from the cold and wet, but she directed the efforts of the boys in resuscitating the boy and then fled for her home, a short distance away. There she flung off her clinging garments and donning dry clothing went back to school as if nothing unusual had happened. School was only slightly late in "taking up" after the morning recess.

The Jones boy was taken to a neighboring house after he was revived and there furnished with dry clothing. Two boys took him home to his mother in a buggy. The lad's parents, Mr. and Mrs. John Jones, live on the Lawler farm nearer Cape Girardeau.

Tells How She Jumped In.

Miss Holcomb, who is 19, is the daughter of Mr. and Mrs. John Holcomb. She has 51 pupils in her school and teaches all grades. Just a glance at her tells the reason why the "kids" in her school adore her. She is small and slender and has the kind of demure smile that makes you look again.

"I had told the pupils when I dismissed them at recess not to go near the creek," she explained, when telling of the incident this morning after long begging unsealed her lips.

"I remained in the school and the children were playing around the building. I heard some of them calling me after a little while and I went to see what the trouble was. I realized just about what had happened when I saw many of the pupils standing at the edge of the creek.

"They were near the pool in the creek which I knew was deep and held a lot of water. I ran over and had to jump in to grab Eugene. I went up to my neck in the water and got soaked, but I pulled him out and then we dragged him up to the school with his head down so that the water would run out. We did it like the instructions for first aid tell us."

Miss Holcomb didn't seem to think that she had done much. She didn't see the parents of the boy until Thanksgiving day, when they met at church and then the Jones' thanked her for what she had done. 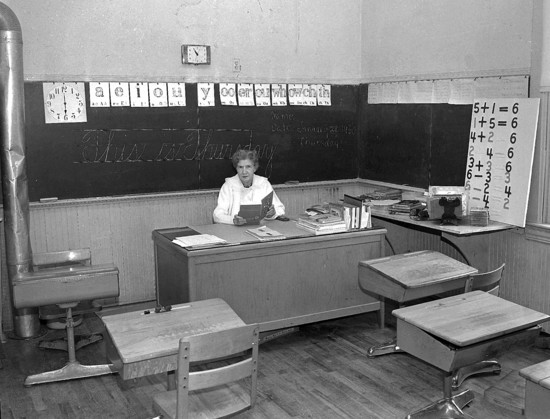