The town of Dutchtown didn't get much play in the Republican's 10th Anniversary Edition. There were no stories about the town itself, and only one business from the town was featured in the special section. 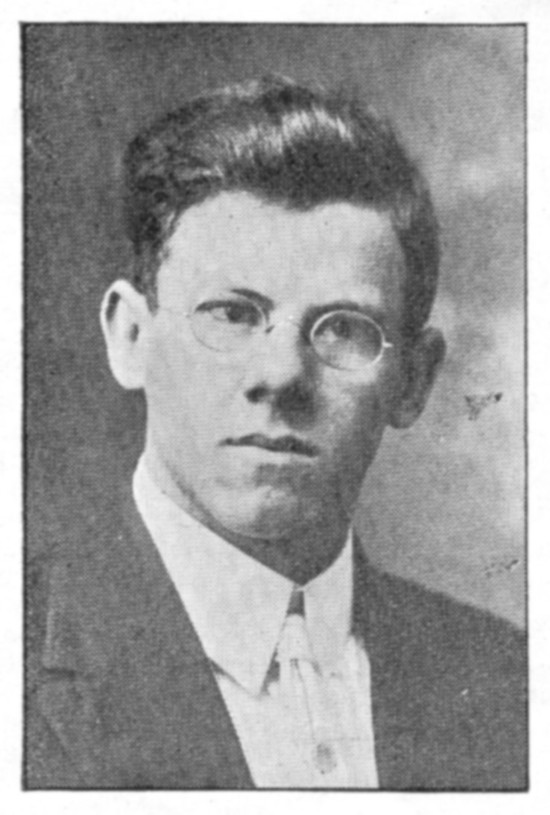 This firm was established in 1886, but the present owners came in possession in 1913. A complete stock of general merchandise is offered by this firm at attractive prices. They also handle the American field fence, DeLaval cream separator, C. Heinz stoves and ranges, a full line of harness and farm hardware, paints and oils, boots and shoes, ladies' cloaks, boys' and young men's ready-maid clothes, and are agents for Herold Tailoring company in Chicago. The store has become known as the place of low prices and reliable goods. The two enterprising young proprietors have built up a fine trade, but are certain to acquire the lion's share of the trade not only in Dutchtown but of the south end of Cape Girardeau County, by their fair dealing and honest wares. The post office is also kept in this establishment, and is conducted so as to satisfy the patrons as well as the authorities in every way.

The older of the partners in this firm was born near Oak Ridge in this county on the 28th day of November, 1886. He is the son of W.B. and Betty A. (Dalton) Crites, and thus is a scion of one of the oldest families in Cape Girardeau County, as the Crites (Kritz) are among the hardy Swiss pioneers that settled along the Whitewater River over a century ago. Having finished the public school, Oscar attended the Normal high school at Cape Girardeau, and then went to work for the Houck and the Frisco railroads. Later he was made express messenger on a train running out of St. Louis on the Frisco. In 1913 he resigned that position to enter the mercantile business in Dutchtown, and was appointed postmaster.

He is a Democrat, and a member of the Modern Woodmen and the Knights and Ladies of Security.

Mr. Crites was married to Selma M. Keller on the first day of September, 1912, and is the father of one son, Owen W. Although yet a young man, Oscar O. Crites has shown that he intends to take a place in the foremost ranks among the business men of Cape Girardeau County.

This young and energetic merchant was born at Dutchtown on the 29th day of February, 1892, and is one of those that have a birthday only once in four years for the reason that February has 29 days only every four years. His parents are A.W. and Mary (Ourth) Keller. Leaving public school where he obtained his elementary education, he attended the Normal high school at Cape Girardeau, and then began to work in the mercantile trade in one of the establishments in the city of Cape Girardeau. In 1913 he returned to Dutchtown, and together with O.O. Crites bought the store and stock of goods that they now own. Like his partner he is a Democrat, but not active in politics to any great extent.

Mr. Keller owns 175 acres of excellent Cape Girardeau County soil, but the farm is worked by tenants, while he gives his undivided attention to merchandising. He is at his post of duty every day, only at rare intervals permits himself the luxury of taking a spin in his motor car. In the younger set of society he is the lionized pet of males and females alike, but he does not care for social honors, his best efforts belong to his business.

Although the above article doesn't say it, Arnold Keller and Oscar Crites were brothers-in-law. Crites was married Keller's sister.

Both Oscar C. Crites' death certificate and obituary in the Southeast Missourian confirm that he was born Nov. 28, 1886. However, while the obituary indicates his place of nativity was Oak Ridge, the death certificate reads Daisy. His father was William B. Crites and his mother Elizabeth Dalton, both born in Daisy.

Oscar married twice, his first wife being Selma Rose Marie Keller, the daughter of August W. and Mary A. (Ourth) Keller. They were wed on Sept. 1, 1912. Selma was born March 18, 1894, in Cape Girardeau County. She was just shy of her 28th birthday, when she died on Feb. 23, 1922, at Cape Girardeau. The cause of death was "cerebro spinal meningitis," which "set in" shortly after she was operated on for an appendicitis.

Oscar remarried on Aug. 16, 1922, in Clayton, Missouri. His new bride is listed in his obituary as the former Miss Edith Jane Renfrow, although marriage records on Ancestry.com have her as Edith Branum. I suspect she was married before, but I haven't been able to track that down. Edith was born Sept. 11, 1901, at Fancy Prairie, Illinois, according to her obituary, and was reared and educated at Hornersville, Missouri. For many years, she was a cook at Memorial Hall on the Southeast Missouri State University campus, retiring in 1966.

Obituaries for Oscar and his wives indicate that he fathered four sons and three daughters.

Arnold G. Keller and his bride, the former Laura Siemers, celebrated their 50th wedding anniversary in 1968. Their anniversary announcement in the Southeast Missourian gave a short synopsis of their life together: "Mr. and Mrs. Keller were married April 2, 1918 (at the Zion Lutheran Church in Gordonville). They were attended by the late Martin F. Siemers and also Mrs. Elmer Robinson, brother and sister of Mrs. Keller... Mr. and Mrs. Keller have spent all their married life in Cape Girardeau except for a brief period shortly after they were married, when they lived in Arkansas. Mr. Keller served in the Army during World War I, and since 1933 has been in the insurance business. He is now retired from the A.G. Keller Insurance Agency."

Laura Siemers Keller was the daughter of Herman L. and Mary E. (Eggimann) Siemers. She was born July 14, 1896, near Gordonville, and died Feb. 13, 1972, at Cape Girardeau. Arnold Keller died Aug. 6, 1973, at Cape Girardeau. The couple had two children, both daughters.