The story of John Robert Randolph is a brief one. He was born in Oran, Missouri, on June 3, 1888, the son of Sam and Martha Ellis Randolph, and died on March 5, 1923 in Cape Girardeau.

His father died when John was just 6, and his mother remarried a gentleman named James Roynes. The 1900 Federal Census shows that John was then residing with his mother and step-father in Sylvania Township in Scott County, Missouri, along with three of John's siblings: James, Gracie and Bessie.

On June 17, 1917, John registered for military service for what would be called World War I. His registration card, found on www.Ancestry.com, provides a description of the 29-year-old: Tall and stout, with gray eyes and dark brown hair. He had all his limbs. At the time John recorded his whereabouts with Uncle Sam, he was a resident of Dutchtown, Missouri, where he worked as a bartender for H.F. Schulenberg.

By the time he married a Jackson girl, Selma W. Bierschwal, two years later, John had changed his employment. A number of articles in the Missourian's predecessor, The Daily Republican, show that John yearned for more adventurous work than pouring shots and drawing draft beer. Or perhaps Selma simply wanted him closer to home.

In any event, John's profession changed the same year he married. 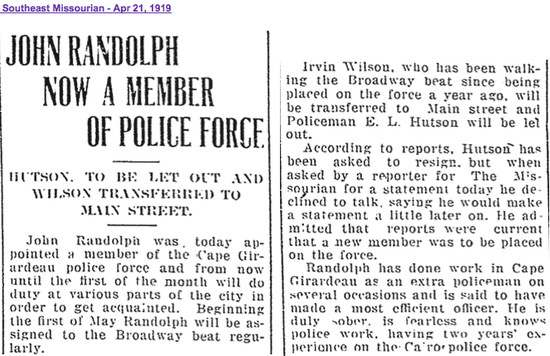 However, his tenure with Cape PD was brief: 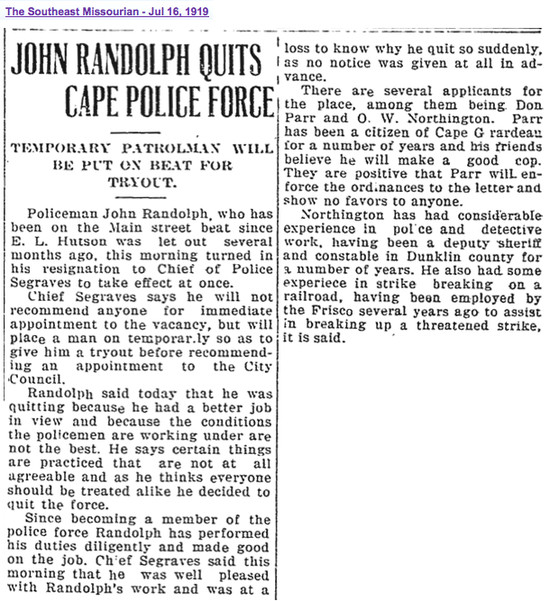 Although the article doesn't indicate what that "better job" was that made John resign from the force, the 1920 Census shows that he was working at a sawmill. The census also reveals he and his wife were residing at the home of Selma's parents, John C. and Alvina Bierschwal, at 411 S. Pacific St.

When next we see a mention of John in the newspaper, he had adopted a new uniform, one that he never wanted to take off. 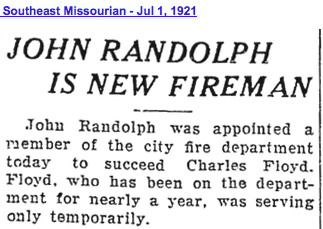 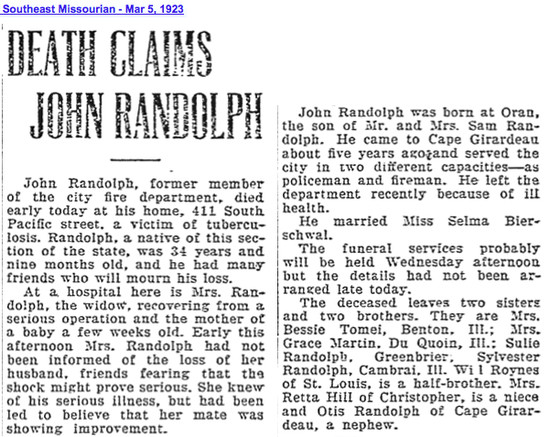 Although stories about his death say John was a "former member of the Cape Girardeau Fire Department," his death certificate clearly gives his occupation as "fire worker."