Valet Laundry was owned by an optimist 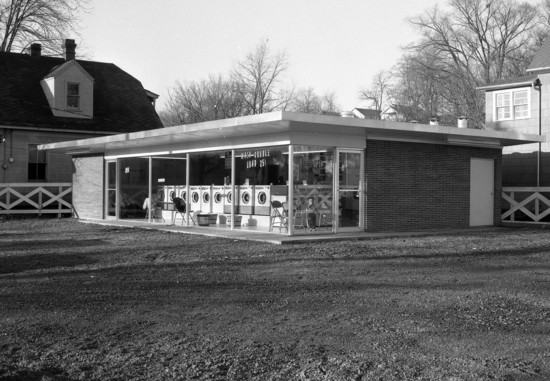 This newspaper received a number of comments when this photograph appeared in an online gallery of some of G.D. Fronabarger's work, and again when it was featured as the "Picture of the Past" in a Sunday edition of the Southeast Missourian. Callers and e-mailers identified it as a building that stood at the corner of North Spanish and Mason streets and was torn down when Isle Casino was built.

A conversation I then had with Jim Pledger and his son, Stephen, at Schnucks filled in more of the blanks. Stephen is the archivist at the Cape Girardeau County Archive Center. He mentioned to me today that he sometimes relies on his father's memory to aid him in his work. In our grocery store conversation, Jim told me that the building had gone through a succession of different types of business occupants before it was razed. He even recalled that one of the businesses housed there was a clothes cleaning establishment run by a blind man.

That rang a bell. I remembered using an item in recent weeks about a blind business man who was named Cape Girardeau's number one optimist by the Optimist Club. A little digging around produced William Douglas Ely's inspiring story from 1939. 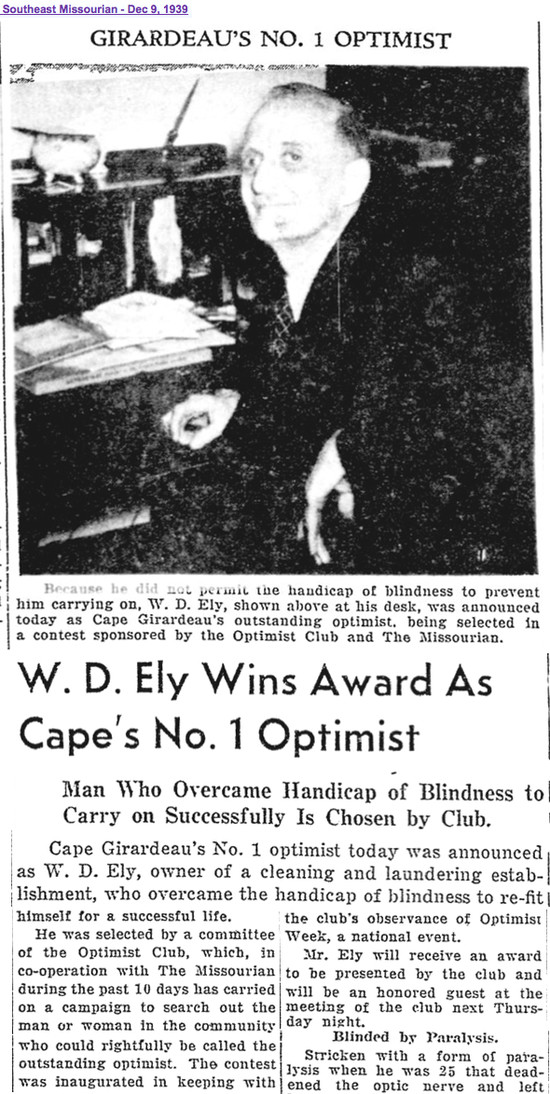 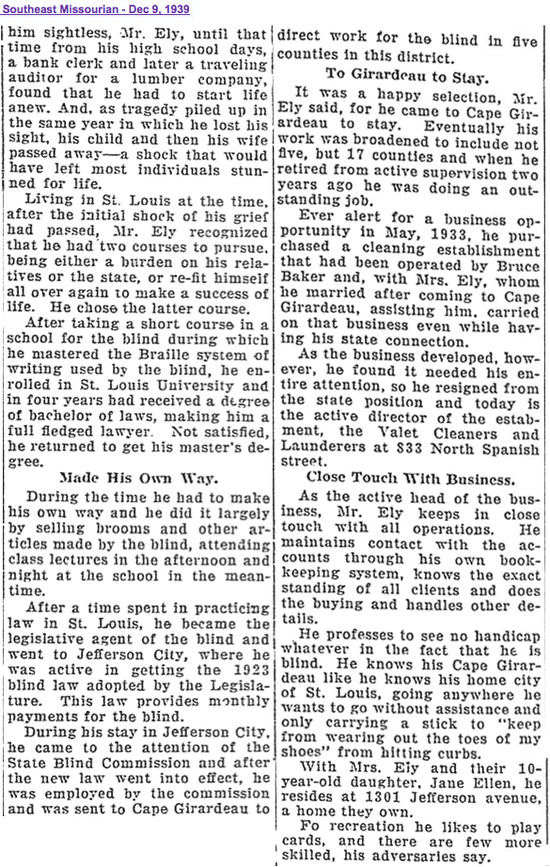 Whether Ely actually purchased the laundry business as this story states is open to debate. Missourian records show that his wife Ruth bought Valet Cleaners, 811 Broadway, from R. Bruce Baker in May 1933. Baker had operated the cleaning and pressing shop for five years. In 1935, Ruth had the North Spanish-Mason building constructed as the laundry's new location. 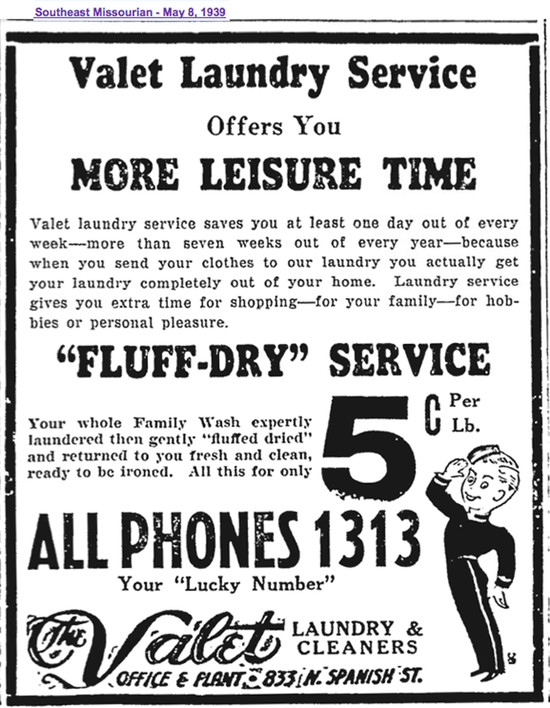 William D. Ely died at his Cape Girardeau home on July 7, 1947. His widow continued to operate Valet Laundry & Cleaners for several years afterward, but by 1951 the local city directory lists her as being a nurse's aide at Southeast Missouri Hospital. There is no listing in that book for Valet Laundry.

Ruth Ely died in 1973 in Jefferson City, according to the Social Security Death Index.